It's been a long hot summer so far but we are now on the road heading east for a couple months of humidity. We finished up our eye and dental appointments a few weeks ago but decided to wait until after the 4th of July holiday to head out. Of course, two nights before we left I began seeing flashing lights and floaters in my right eye. I saw my ophthalmologist the next morning and fortunately did not have a retinal tear or detachment, just a posterior vitreous detachment for which there is no treatment. The new floaters are driving me crazy but they will settle down with time. Yes, it is always something.
Speaking of July 4th, Fountain Hills had a very impressive fireworks display just down the street over the lake. My phone doesn't do well with night shots but you can see they also made the fountain alternate between red, white and blue. 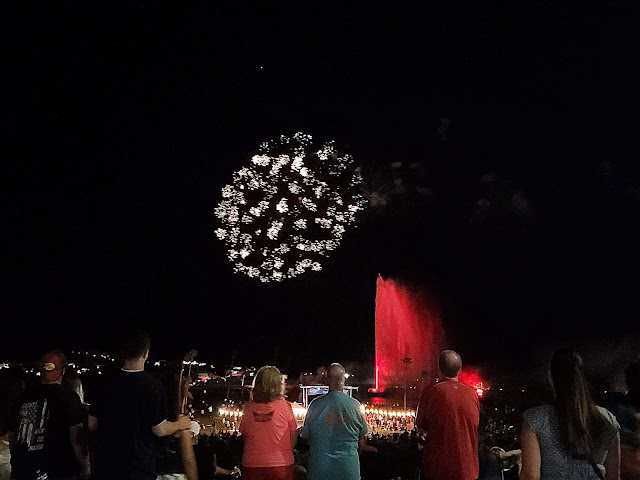 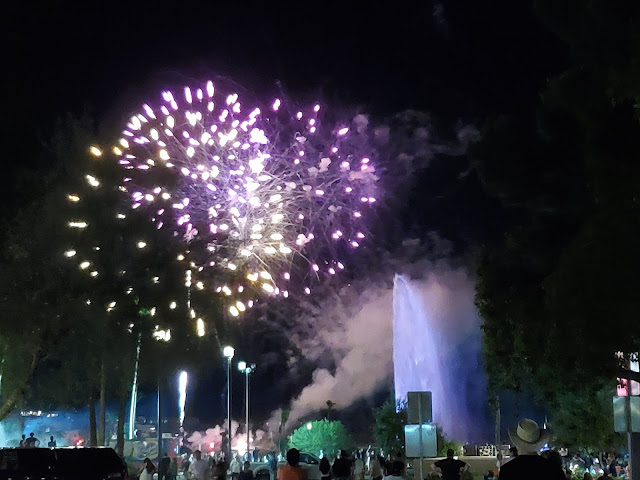 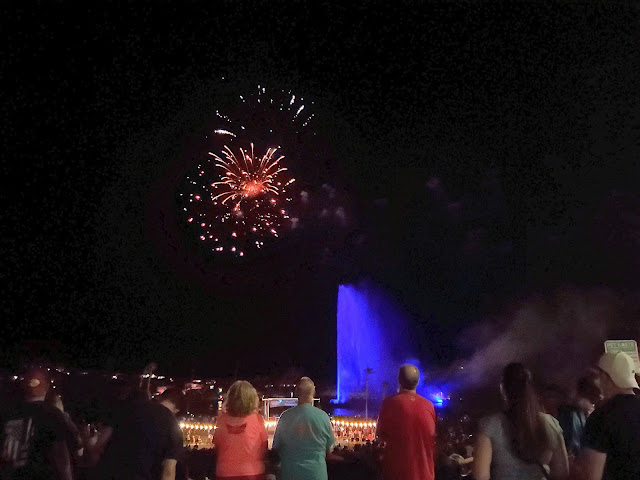 Last month we did another week-long catsit in Sedona. It was hot but not as hot as Fountain Hills, and the mornings and evenings were pleasant so it was a nice break. This was the same house and cats we sat for last year when Meat Loaf disappeared, so we were at least expecting it this time. And disappear he did. I let him out after dinner the day we arrived and we never saw him the entire week we were there. At least Spyder Girl behaved herself, went out after breakfast, hung out on the deck or driveway, and came in when the sun really started heating things up. Meat Loaf finally came home the day after we left. Apparently, some neighbors in the next subdivision have taken a liking to him so he spends most of his time over there.

It was nice to get away to red rock country again, where we did a few hikes and neighborhood walks and enjoyed sitting out on the deck. We took some photos, although not many since we have lots of the same from previous visits.

We stayed close to the Village of Oak Creek to avoid the Sedona crowds and hiked around Courthouse and Bell Rocks, and did the Baldwin and Templeton trails. There are always great views no matter where you hike in the Sedona area. 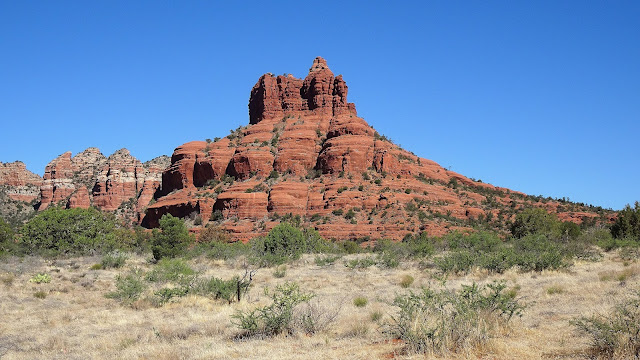 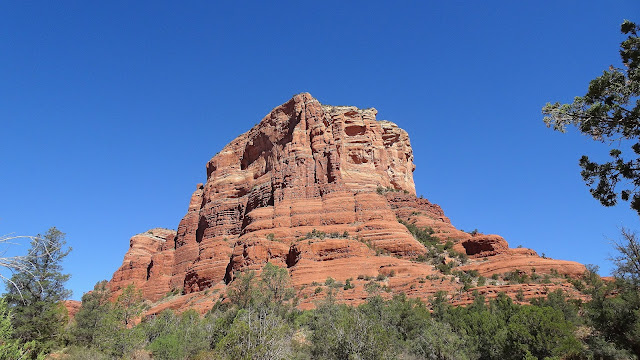 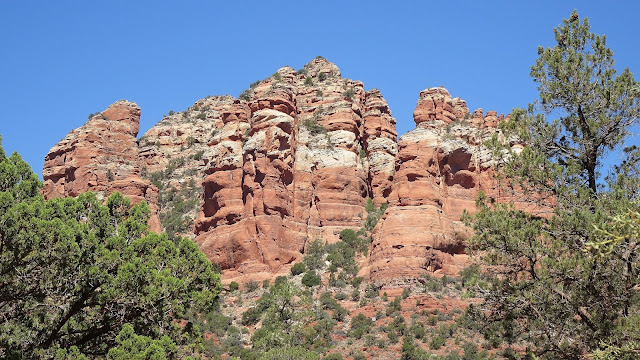 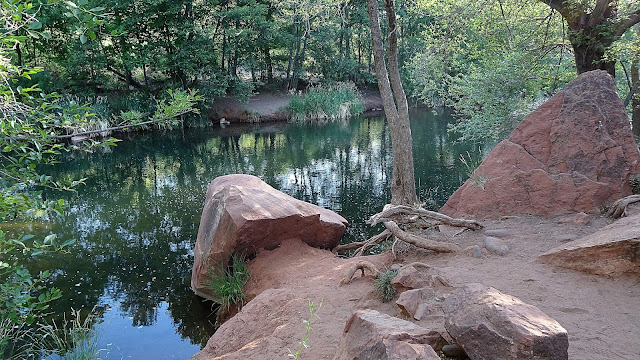 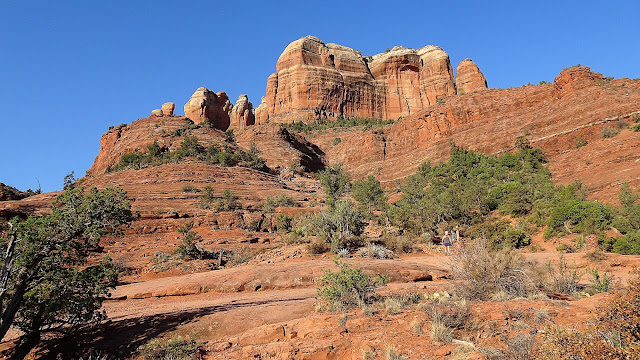 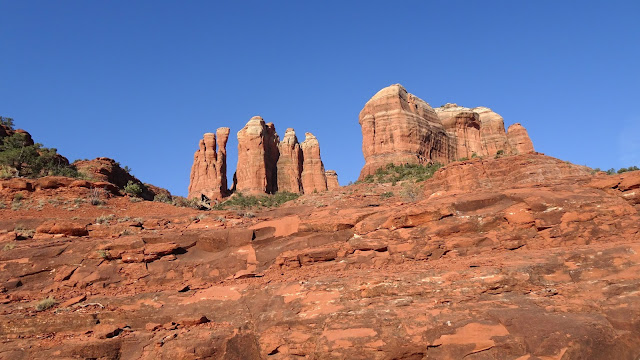 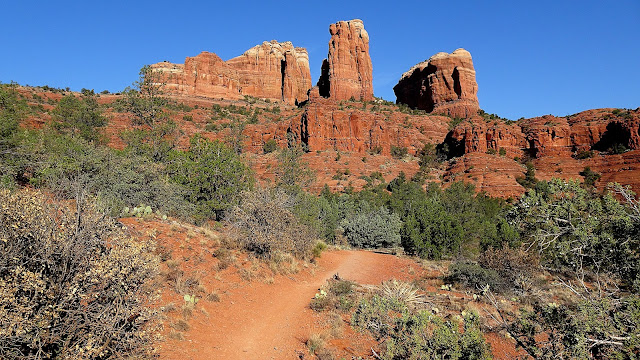 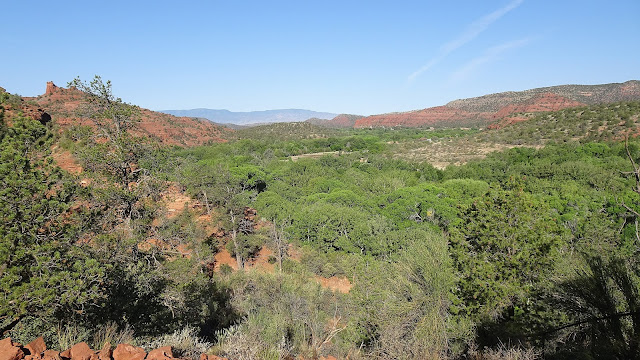 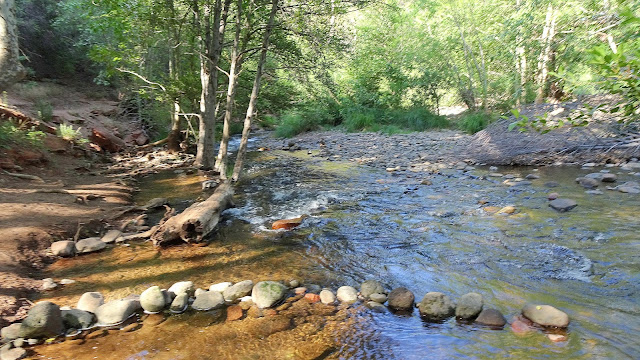 Another day of driving is in store for today but I will try to get back to regular blogging about this trip when we land somewhere for more than one night. I can tell you that in the next post the photos will have a lot more green in them!