Luckily, the weather improved a bit and it warmed up. Still having some rain off and on, but very little today.

Yesterday we went back to Hood River for Jim’s one week follow up after his dental implant. The dentist said he was doing great, and he didn’t need to come back unless the implant seemed to be getting loose, which indicates a failure, of course. I’m being optimistic that won’t happen.  He now has to wait 4-6 months for a crown to be put on, but that will have to be done elsewhere.  Jim thinks he’s pretty cool now that he has a titanium stud in his head.

Today we worked some more on pulling out blackberry cane from the area near the waterfall and pond we’ve been working on. It is really beginning to look nice, and we have the scratches to prove it. 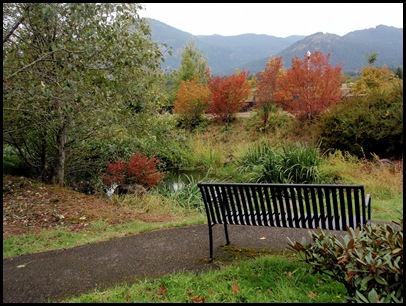 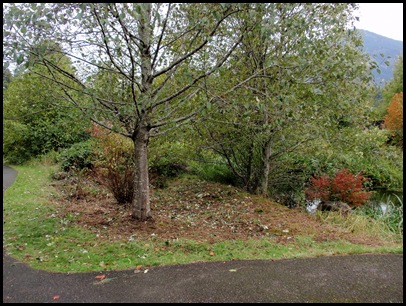 Jim will be 60 tomorrow. He is having a problem with this milestone, since he’s worried about what  other body parts he might lose during his next decade of life. And I’m worried because I’ll be the one taking care of him!