Looks like we’re staying here a few weeks too long.  Yes, this is accumulated sleet/snow that lasted several hours this morning. The geese didn’t seem to mind, though. 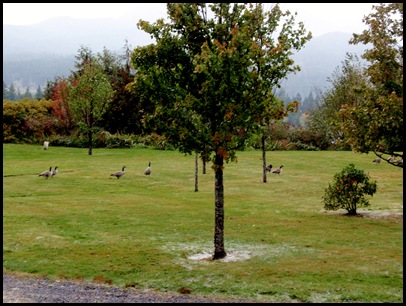 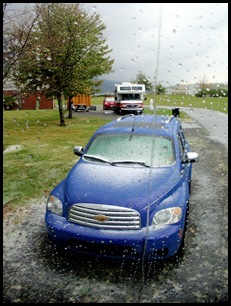 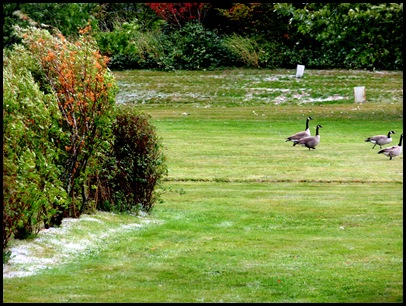 It barely got into the upper 40’s for the highs, and we are having wind gusts to 50mph, but since we didn’t have to work today it was a good chance to head to Portland for some shopping.  Spent several hours walking around Home Depot, Ikea, and Costco. Luckily, Debbie is a Costco member, so that is where we spent the most money stocking up on some things we needed. Unfortunately the weather doesn’t look much drier for the next week, but it is supposed to get a bit warmer.

On a humorous note, one of the volunteers who came in for the month of October was telling us he lived in a remote area in Alaska for 5 years, and during that time he “wintered” in Portland. This sure isn’t a place I would want to winter!  Glad we’ll be heading south in a couple weeks.