Fall on the Columbia 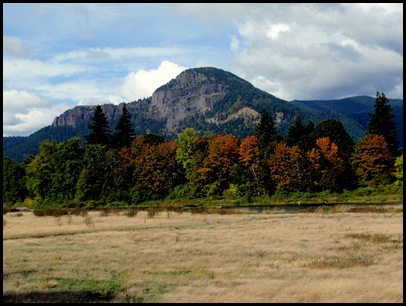 Just this past week we’ve been noticing that some of the trees are changing color. Not surprising since the temperatures have dropped and we’ve had quite a bit of rain. Guess that’s fall in the northwest. We’ve managed to work around the showers,  and did some more blackberry removal and tree cutting this week.

Unfortunately, October 1 was the beginning of sturgeon fishing season. They are allowed to keep them on Thursdays, Fridays and Saturdays, and our quiet island has been full of cars and fishermen the past 3 days. Which wouldn’t be so bad but many of them tend to think it’s fine to leave their trash all over the parking lots and trails to the river. We’ve picked up several large trash bags full already.  This is not our favorite part of the job, and we both say “idiots” (or worse) quite a bit. Here is a picture of some of them. Yes, some of our good friends are big fishermen (hi Jimmy and Rick!) but I know they wouldn’t throw their garbage all over the place. 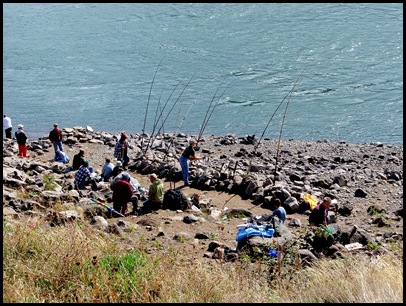 Jim has been having some intermittent tooth pain, and went to a dentist Wednesday. He may need to have another tooth pulled, but it is feeling better so he is going to put that off. He has an appointment  next week, though, to get a dental implant where he had the tooth pulled in February. He was debating on what to do, but the tooth that may have to be pulled is on the other side, and he doesn’t think he can eat with missing teeth on both sides. Between eyes and teeth, he sure has been high maintenance, but I think I’ll keep him anyway.