We had a very nice last weekend in Pensacola. Had visits from several friends and coworkers, and Don and Dorothy came down from Montgomery in their Lazy Daze to see the Blue Angels Air Show. They got the site next to ours, so even though we didn’t go out to NAS with them, we got to spend some time catching up.

Our friends Rick and Anne live on the Sound near the Bob Sikes bridge to the beach. They wanted to take their boat out to watch the Blues, and invited us to go with them. 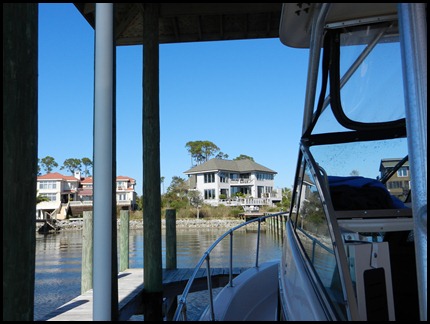 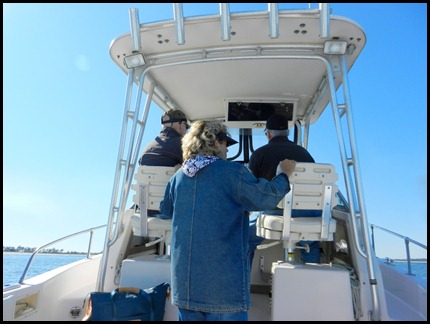 It was a beautiful but cool day, and we anchored close to NAS. Of course, not being on the base you don’t get to see the planes close up, but the Blue Angels made several passes over us. Jim was trying to get some pictures but our 18x zoom doesn’t quite get it. Plus being on a rocking boat makes it hard to hold the camera steady.

We weren’t the only ones out there, but it was nothing like the summer boating crowd that comes out for the Pensacola Beach show. 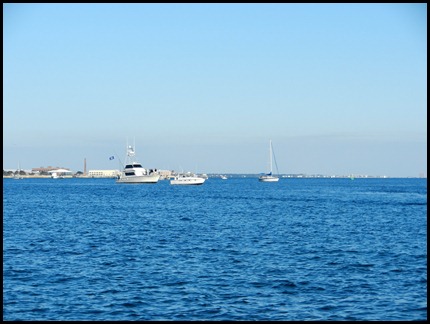 Fat Albert, the Blues support plane. No, he didn’t hit the lighthouse. 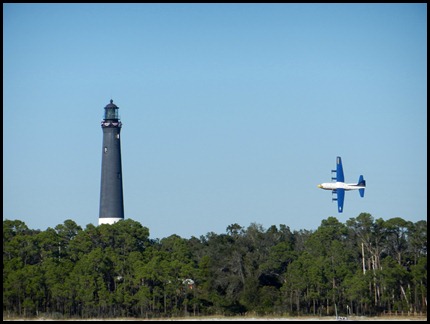 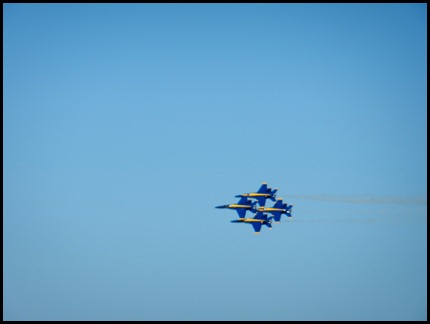 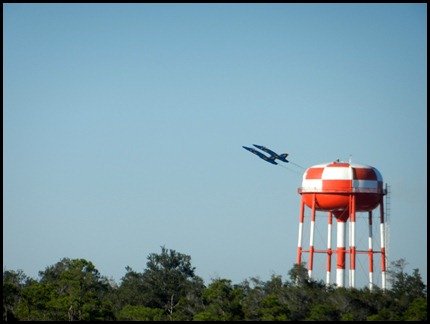 Besides watching the planes, we got to see a bunch of dolphins and pelicans. Anne tried her best Dolphin Whisperer routine, but they wouldn’t come over to the boat. 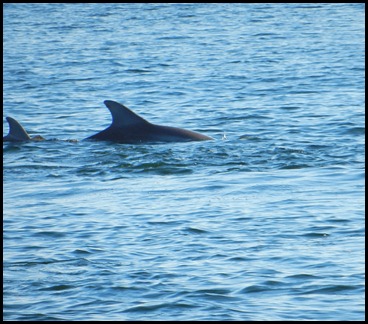 They are plagued by pelicans on their dock, and it takes some serious hosing to get the huge piles of droppings off. 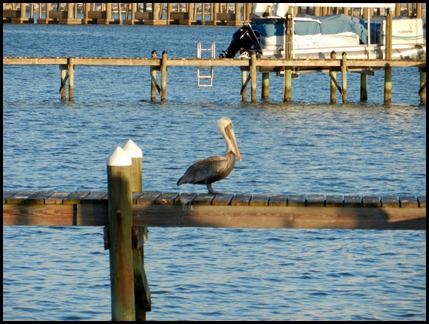 Today we are making our way west, but only as far as Alabama. We have really enjoyed our stay in the Pensacola area, and want to thank all our friends for sharing their time, homes and meals with us this past month. We’ll try not to stay away so long next time!