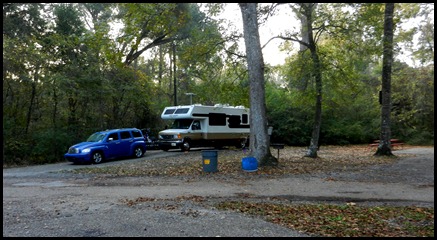 We were happy to find Acadiana Park Campground, a city of Lafayette park in a nice neighborhood not far from downtown. There is water and electric at the site, and a dump station, for $13 a night. And there aren’t many people here, even on the weekend.

About 15 miles west of crossing the Mississippi, we came to the long, long I-10 bridge over the Atchafalaya Basin, the largest swamp in the US. We’ve driven it several times before, but never checked to see how long it is.Turns out it is 18.2 miles, making it the 14th longest bridge in the world. It crosses over bayous,swamps and marshes, and is actually very scenic. 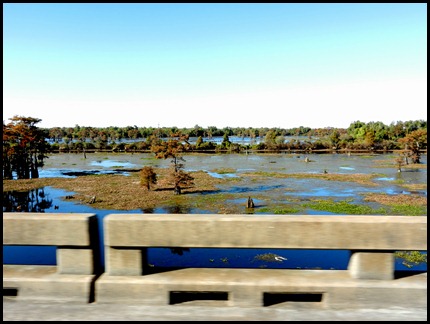 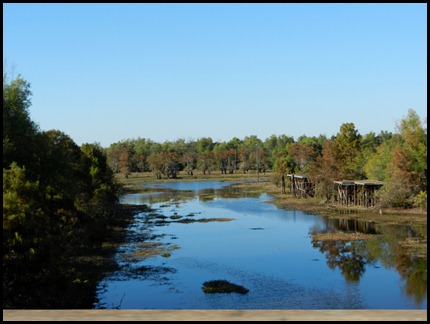 As we neared our campsite we saw a new body style Lazy Daze, and got to meet the owner, Trecil, who’s been full timing for a year in his 2010. He is heading to Florida along the route we just came from, and had spent some time in Texas, where we are going, so we swapped campground ideas and talked about full timing and the joys of early retirement.

On Friday nights in the spring and fall there is a free concert from 6-8:30 in downtown Lafayette at Park International, a fenced park with a huge stage. This week it was the Tab Benoit Band, and it turned out to be a great concert. He is an excellent blues guitarist, playing a range of music from blues to rock to Cajun and a little country. We haven’t been to a concert in a long time, and it was really an enjoyable evening. Of course, we don’t get out much!

Somewhere near Baton Rouge Friday on our way to Lafayette, the windshield got hit by a rock, so we had a nice chip with star shape cracks radiating from it, Jim called Safelite, which was 7 miles from the campground, and they were open Saturday morning, although they don’t do mobile repairs on Saturday. That was fine, we just drove the rig there and got it repaired before it got bigger and necessitated a whole windshield replacement like we had to do a couple years ago in Utah.

Yesterday afternoon we hiked the 3 miles of trails in the park. There is an elaborate boardwalk system and a nice nature center. 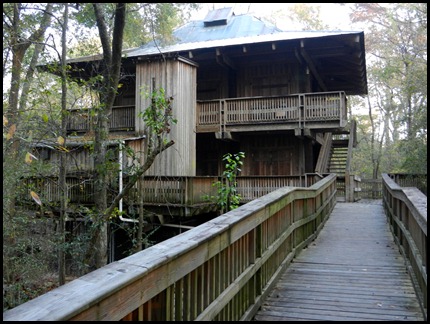 The trails were covered in fallen leaves, but there was still some fall color in a few of the trees. We were surprised we weren’t being bothered by bugs. It turned out to be a very pleasant place to spend the weekend. 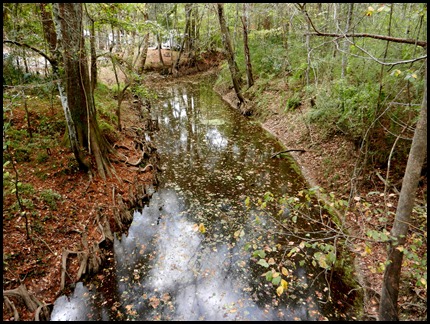 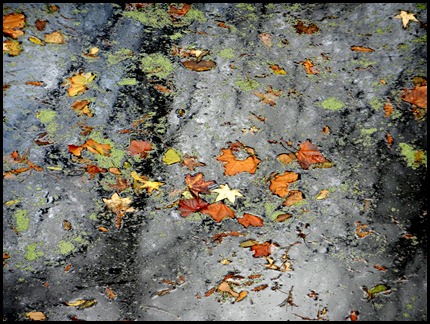 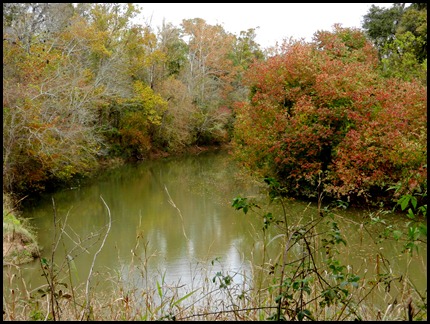 Our plan today is to stop in Anahuac, Texas.