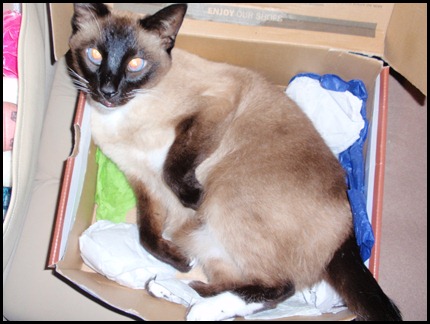 Our pal Quincy had been doing very well since the dental surgery about 2 weeks ago. His appetite was great and he seemed to be enjoying life. That all changed this morning.

He began panting with his mouth wide open and was in obvious distress. We took him to the vet and on the way he threw up 4 times.

He seemed to do better and they found nothing obvious so we took him home where he hid in the closet all day. Gayle fed him by spoon later this afternoon and he immediately threw up again and he was very lethargic.

Back to the vet and we learned that his kidney failure had gotten significantly worse than it was three weeks ago. To the point, that he was nauseous and not feeling well. Also despite what we had thought he had actually lost more weight even though he was eating well.

There really was no positive outcome at this point.

It is too late to make this short but he didn’t make it back home with us.

He was a very gentle cat and quite the goofball to use a friends term. He got off to a poor start based on his condition when we picked him up at the Humane Society about 10 years ago but you would never tell by his disposition.

He and Oreo were great friends. 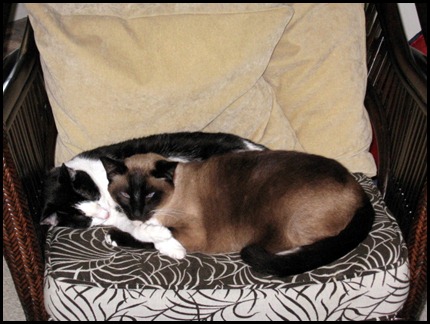 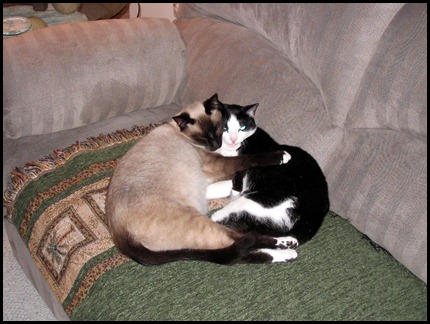 We truly enjoyed his company in the past 14 months since we murdered Oreo and I think he enjoyed ours more.

He has especially had a good time here at Bentsen Palm these few days. We let him roam around the site at will and he seemed to really enjoy himself.

He was a handsome boy and will be truly missed. 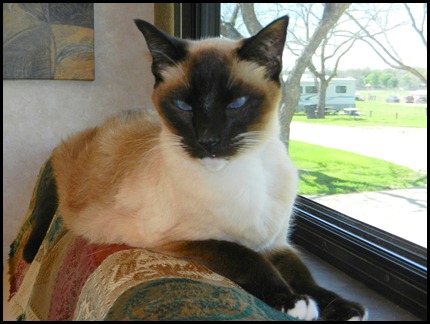 We knew this day would come and planned on not getting another pet to see what that would be like. It will be the first time for us in almost 30 years.

Gayle starts helping out at Cinderella tomorrow. I had planned on going but now think I will give it more time so I don’t take something home.

Pets are our children and their loss leaves holes.