Back On The Mogollon Rim

When we got back from Scottsdale we found an even better place to camp. 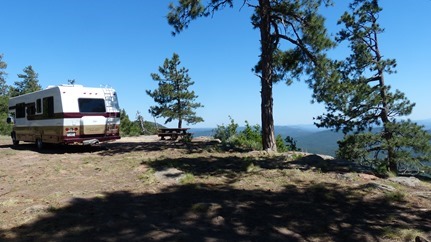 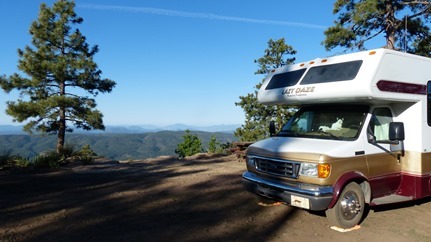 A huge, private, free site with magnificent views. And all the hummingbirds you care to feed. 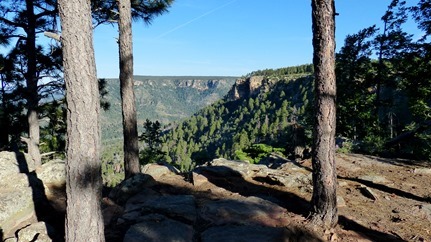 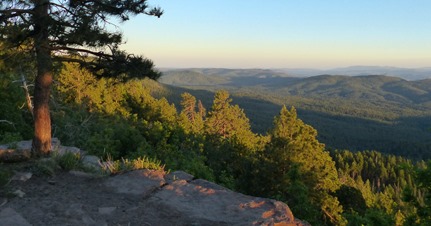 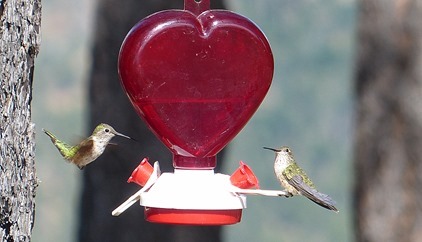 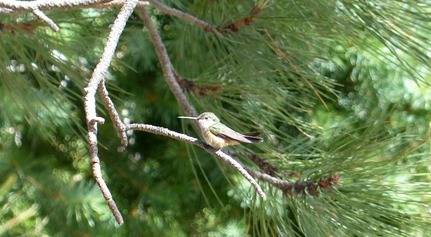 Debbie left for Prescott Valley yesterday to take care of some business, and we were planning to leave today to join the Southwest Lazy Daze group, but it is so nice here we’ve decided to spend another night.

We have really enjoyed the hiking here. Other than the trek down the rim and back up (Drew Canyon Trail), most of the trails are fairly easy compared to the ones we usually do.

One day we hiked a few miles on the Rim Trail. It’s over four miles long, and 2.5 miles are paved and right along the rim. 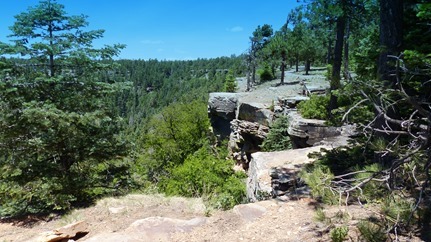 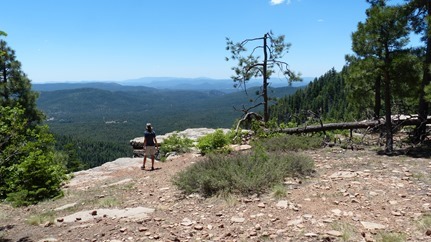 We also hiked an 8 mile loop at Willow Springs Lake. It was mostly level, which made it feel shorter. That entire area is a designated Wildlife Habitat, so no motorized vehicles are allowed, but all we saw was a squirrel and a few birds. The lake was nice, but the trail didn’t come as close as we thought it would.

Our lunch spot. The yellow on the surface of the water is pine pollen. Not good for the allergies! 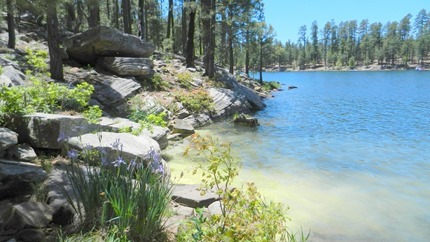 Jim had a close encounter with a wild turkey a couple days ago while hiking on a trail by himself. It came up behind him then started circling, and he was afraid he was about to be attacked. He didn’t have the camera so tried to take some video with his phone, but he was so startled it didn’t turn out very good. He thought she might be lost, or else was trying to keep him away from her young. We’ve taken the same trail several times but never saw any turkeys, so he’s not sure what that was all about.

No word yet about the tests Jim had last week, but let’s hope no news is good news. At least his eyes are feeling better. 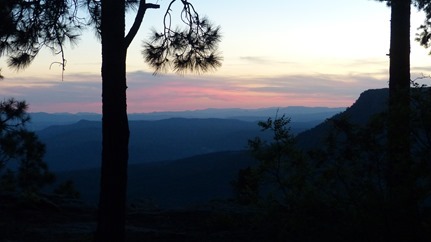