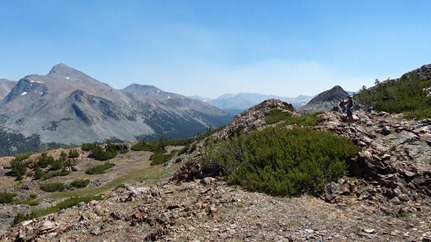 Yesterday was cool and clear, and we were in the mood for a high country hike, so we drove to the highest trail head in Yosemite, the Gaylor Lakes Trail, just inside the Tioga Pass entrance. There was a long line of cars waiting to get in, so we just parked at a pull off outside the park and walked in.

We read that the trail climbed in the beginning, but it seemed relentless at times. Eight tenths of a mile gaining over 600 feet doesn’t sound like much on paper, but at 10,000 feet it was quite a struggle. Debbie didn’t join us, as her knees were feeling our previous day’s hike, and we joked on the way up that she would not have been very happy on this trail. I just can’t understand why she doesn’t enjoy gasping for breath on steep trails like I do! 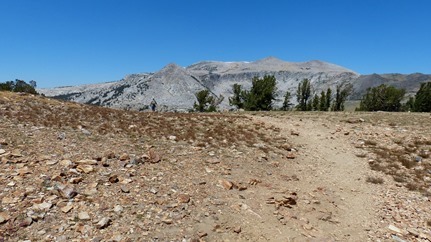 To me, this is what makes it all worthwhile. Our first glimpse of Middle Gaylor Lake, after surviving the climb. 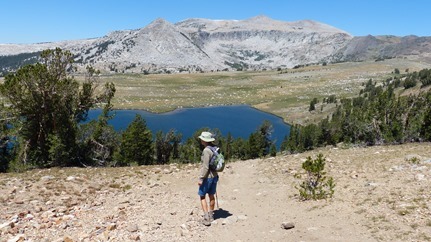 Of course, we still had to get down there. 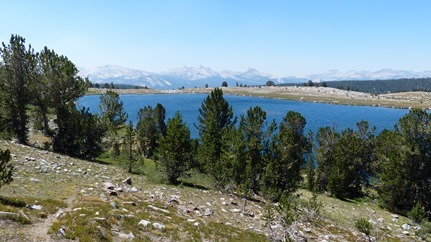 Being Yosemite National Park, we knew we would be sharing the trail with other hikers, but we really expected that there would be more. We actually met several very nice folks along the way, including two polite young men from LA who led groups for the YMCA, and assured us on the climb up that they were both certified in CPR. They were a little faster than us, but we made sure to keep them in our sights for most of the 6 mile hike, just in case.

Our original plan was to just do the loop around the lake, for a nice three mile hike, but the “CPR Guys” and a foreign gentleman we spoke with told us we should take a side trail to a couple other lakes and an old mine. 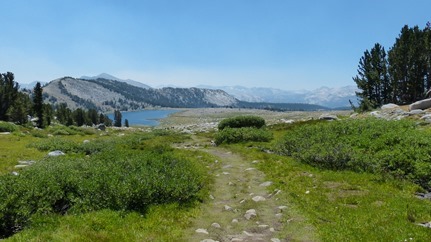 It was a much gentler climb to Upper Gaylor Lake, so we stopped for lunch in the shelter of some trees, then continued on to the mine. It was at our lunch break that Jim realized one of the lenses in his prescription sunglasses had fallen out while he had them hanging around his neck. 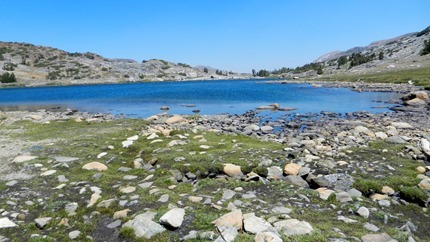 Gaylor Peak across the lake.

Somewhere along here we ran into a couple we had met earlier on the steep part of the trail, and Jim jokingly asked if they had found a sunglass lens. Wouldn’t you know they had! But the guy said he didn’t know what to do with it and just left it on the ground.

It was a bit more of a climb up to the remnants of the Great Sierra Mine. 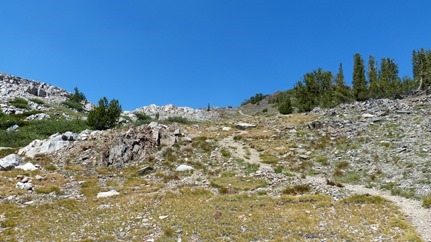 But the views were worth every step. 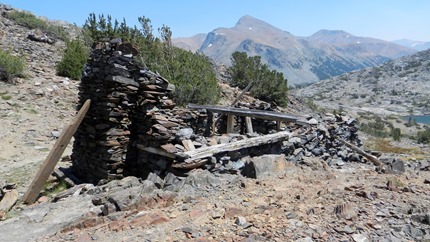 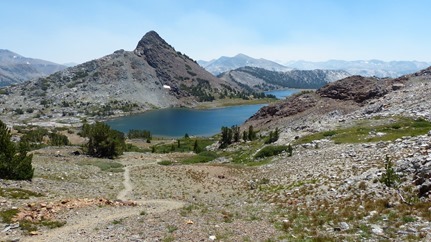 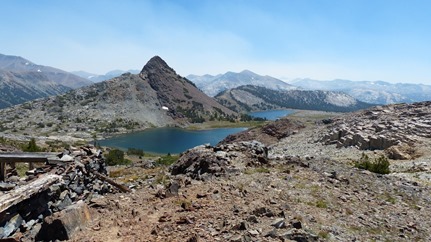 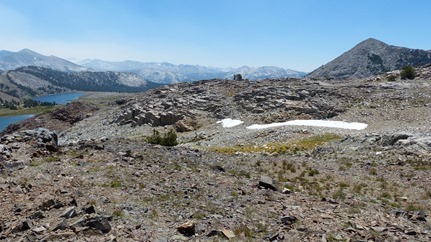 Another friendly hiker asked if we would like our picture taken. 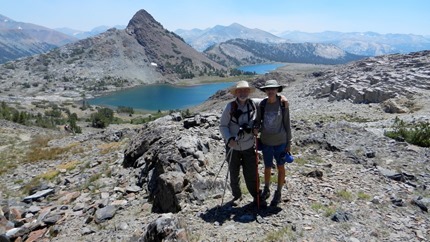 But I kind of like the one I took of Jim alone better. You just can’t appreciate how high we were from these photos, close to 11,000’. 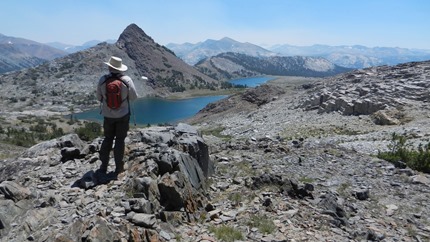 We decided to hike a little farther to get a view of Granite Lake, and thought it best to turn back at that point. 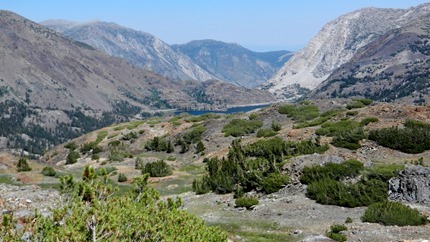 On the hike back we had to finish the loop around both of the Gaylor Lakes, and had forgotten about the lens at that point. 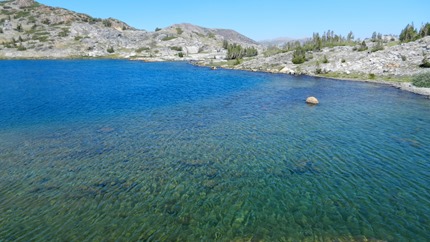 Just as we came around the lower lake to make the climb back out, I caught a glimpse of something black sitting on a rock. Jim had already passed it by, and I almost didn’t bend over to get a good look, but for some reason I did, at which point I realized it was Jim’s lens. And amazingly it wasn’t scratched!

It was a slow downhill back to the car, almost seemed steeper than going up. 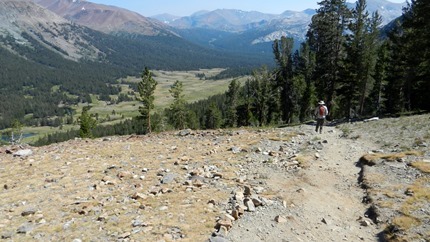 As we got off the trail and walked by the park entrance, a young woman came up and asked if we had found a small silver camera on the trail. Sorry, but no. Jim then told her his sunglass lens story, and she laughed. Said she saw it sitting on the rock! It’s a small world sometimes.

I heard the ranger tell these people all the campgrounds in the park were full. I sure hope they had reservations as they had a carload of kids. 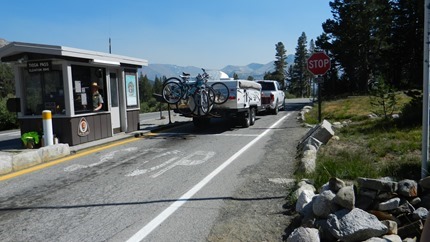 And this is how we felt last night, tired but good from all those negative ions in the air. You learn the most interesting things from reading blogs. Thanks, Life With Kurumi. 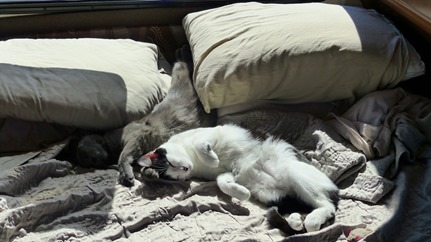