Mono Lake is famous for the tufa towers along part of its shoreline. No, we didn’t know what a tufa was, either, so we decided to take the 10am naturalist guided hike at the South Tufa Area. This is a fee area ($3.00 pp) but Jim’s senior pass got us in for free. It’s so nice that he’s old(er). 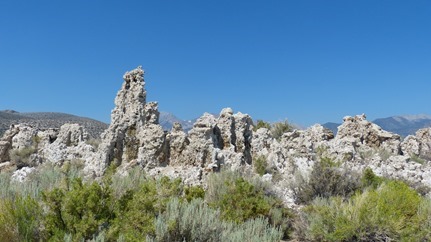 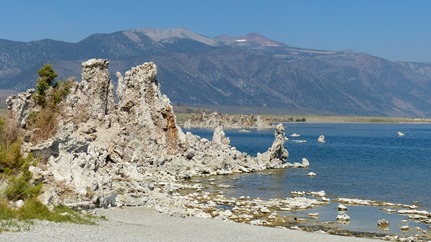 Here are some of the things we learned: Mono Lake is thought to be at least 760,000 years old and has no outlet. The streams that flow into it carry salt and other minerals, and as the water naturally evaporates, the minerals are left behind. As a result Mono Lake is extremely salty and alkaline. No fish can live in it, but alkali flies and brine shrimp thrive here. Tufa is a limestone deposit that forms when fresh water springs containing calcium flow up from beneath the lake and react with the carbonate-rich lake water, which means they can only form under water. 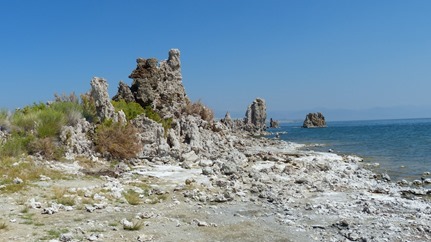 We wouldn’t have been able to see the tufa today had the city of Los Angeles not purchased the water rights to the streams that flow into Mono Lake in the 1940s. As a result of diverting this water, the level of Mono Lake eventually dropped more than 40 feet, exposing the tufa. The environmentalists began to take action in the late 70s and finally succeeded, although it took until 1994. LA is still diverting water, but in much smaller amounts to allow the lake to refill. They are only going to let it refill to 1963 levels, which will keep most of the tufa exposed. Have to keep those tourism dollars coming in, I suppose.

Enough history. These alkali flies feed on algae along the shoreline, and are high in fat and protein. Unlike regular flies they have no interest in humans, but they attract over 300 species of birds, many of them migratory. 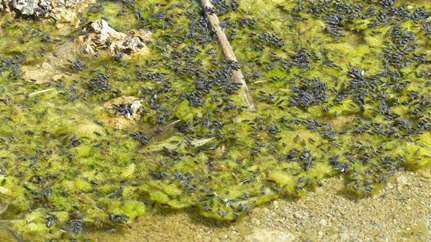 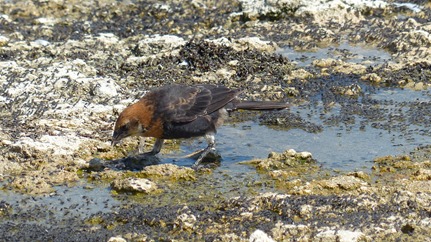 The birds also feed on artemia monica, a type of tiny brine shrimp that live in the lake. 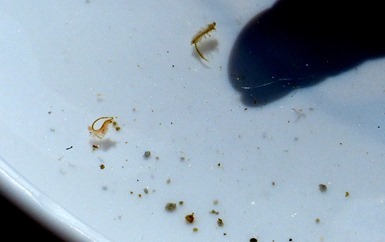 We had a fun and educational morning. I’ll leave you with some photos of a few of the birds we saw. 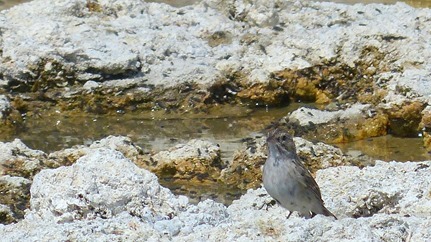 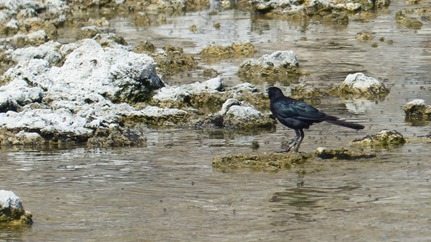 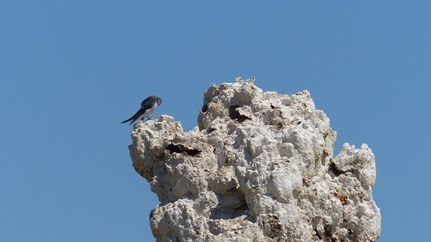 Mono Lake is a nesting place for many osprey. A volunteer had a scope set up so we could see these fledglings. 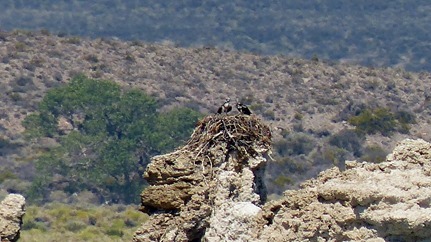 This is really a beautiful place.