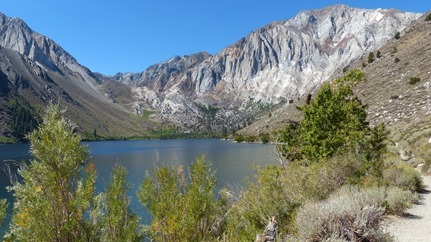 We wanted to take a little hike Friday morning before the holiday weekend crowd arrived, so we went over to Convict Lake, where there is a resort, Forest Service campground, and boat rental. This is a popular fishing lake, since you can drive to and park right beside it. A three mile trail circles the lake.

And you get the added bonus of these views. In fact it was used in a Nature Valley Granola Bars commercial in 2007 and 2010. 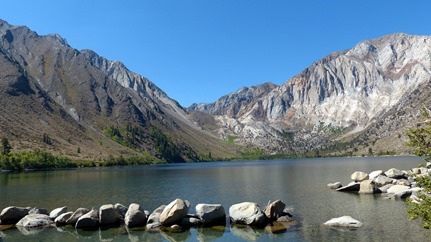 This is a fairly easy trail, with a few ups and downs but on mostly level ground. Halfway around is an intersection with another trail that enters the John Muir Wilderness and climbs for miles into the mountains.

The area has a colorful history. On September 23, 1871, a group of inmates escaped from a Carson City, NV prison. A posse from Benton, CA caught up with them on Monte Diablo Creek, now Convict Creek. A shootout took place and the prisoners evaded capture, but two posse members, Robert Morrison, a Benton merchant, and Mono Jim, a Paiute guide, were killed. The towering peak over the lake was renamed Mt. Morrison, and the smaller one in front is now Mono Jim peak. The convicts were later captured in Round Valley. 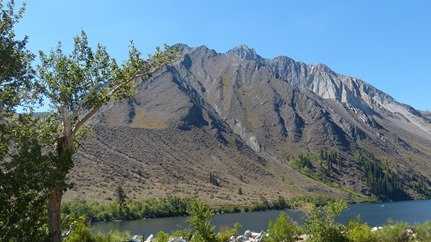 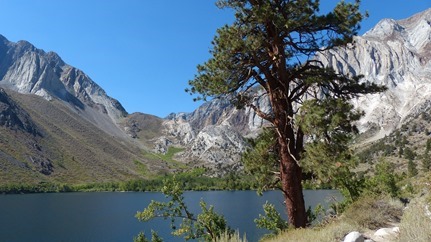 Also on February 19, 1990, four teenagers from a nearby youth camp fell through the ice after being warned that it was too thin. Only one of the boys was able to get out of the freezing water, and four adult rescuers died along with the other three teenagers. 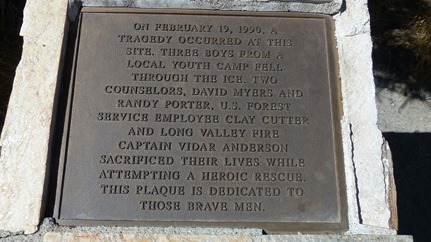 A few more photos from this picturesque hike. 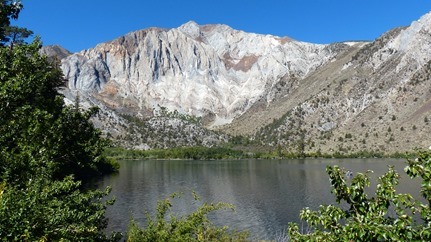 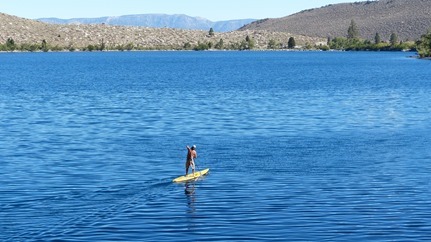 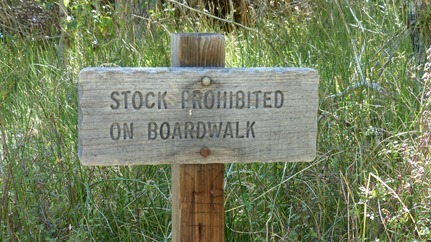 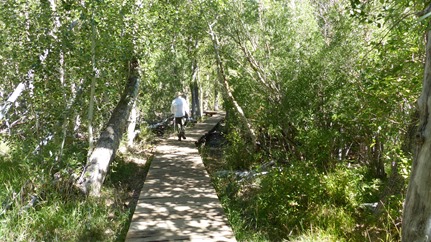 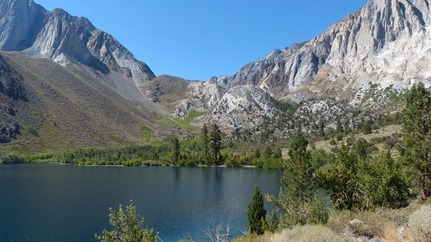 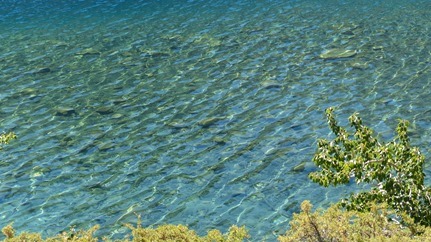 We got a little haze and smoke from the Yosemite fire yesterday, but it is supposed to move out this afternoon. It did make for a nice sunrise. 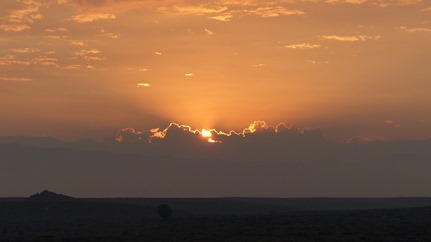