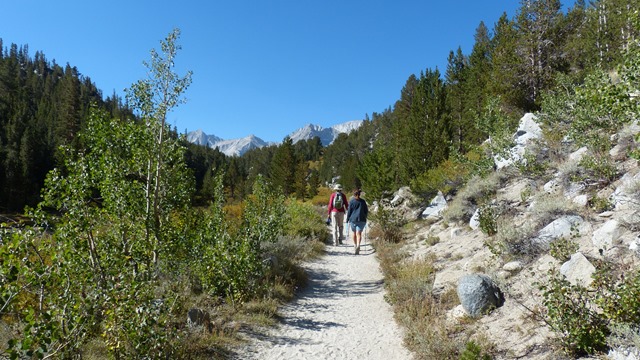 Between Mammoth Lakes and Bishop, CA lies a small resort community called Tom’s Place. If you head west off Hwy 395 on Rock Creek Rd at Tom’s Place and drive up, up, up for 10 miles passing about 9 Forest Service campgrounds, the road finally dead ends at Mosquito Flats and the trailhead for the Little Lakes Valley. At 10,200’ it’s the highest paved road and trailhead in the Eastern Sierra. Several people recommended this hike and some said it’s their favorite trail. It’s very similar to the 20 Lakes Basin trail we hiked from Saddlebag Lake in that there is not a huge change in elevation, and that’s one reason it’s such a popular trail. 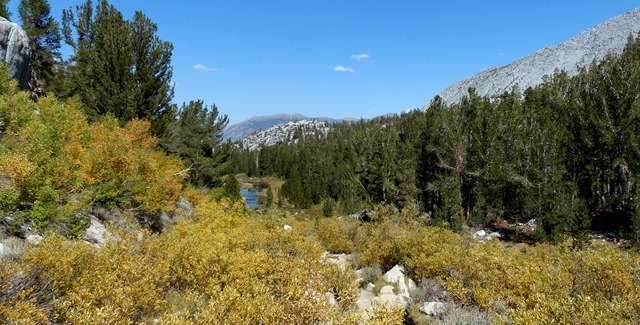 That and the beauty of the many glacial-carved lakes surrounded by rugged mountains. Our goal was to hike about 3.5 miles to the Gem Lakes, although the trail continues on for many more miles. The one nice thing about out and back trails is that you can turn around whenever you want, and the scenery always looks so different on the way back. We usually set a goal but if we’re having a bad day we might cut it short.

There is a fairly large parking lot for the trail, and if you don’t get there early the next parking area is a half mile back down the road. On Monday at 9:15 when we arrived we were surprised at the number of cars already there. Most of the trail lies in the John Muir Wilderness, so there are lots of backpackers spending the night, and plenty of day hikers like us.

The trail ascends fairly gently beside Rock Creek, then rises steeply along a path of rock steps. After a half mile there is a fork in the trail, where you can turn off towards 12,000’ Mono Pass, or continue on the Lakes trail to 11,000’ Morgan Pass. We took the easy way, heading towards Morgan Pass.

We passed through a pine and aspen forest, where there was some early color change. Then a string of lakes appeared. First we saw Mack and Marsh Lakes. 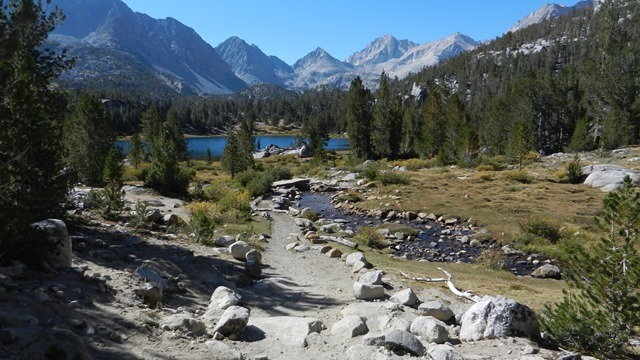 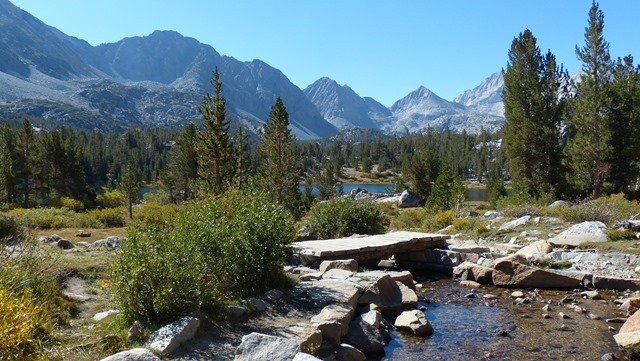 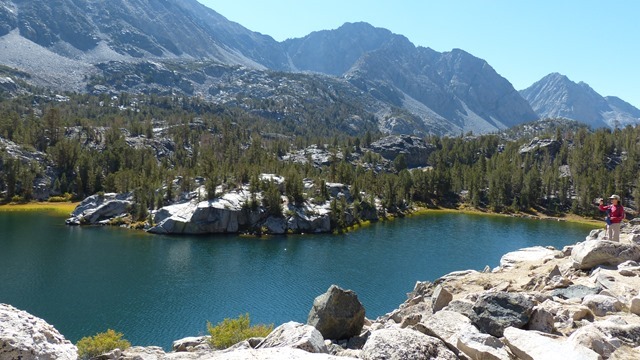 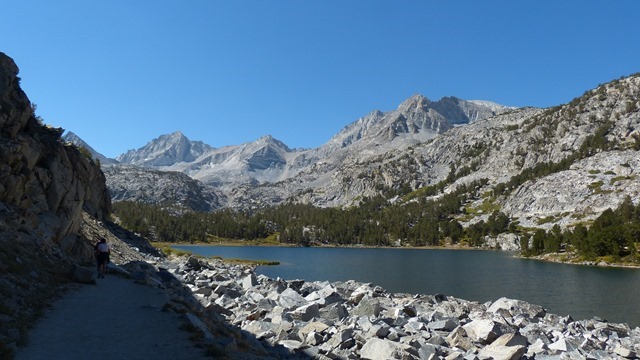 And finally the Gem Lakes. Many people hike the 2 miles to Long Lake and turn around, so we had this all to ourselves and stopped for a snack. 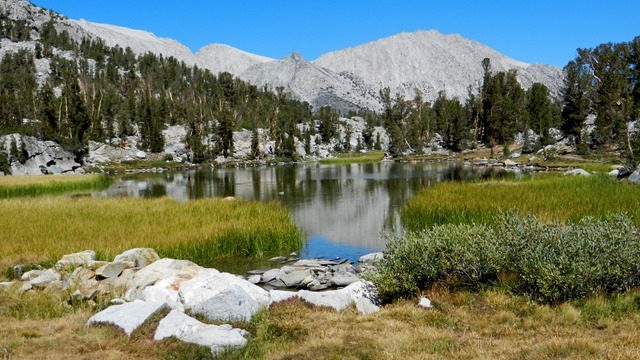 After we ate Jim said he was going to continue up the main trail to Morgan Pass. It was less than a half mile, and since it was there and we were so close we decided to go for it. It was a series of fairly steep switchbacks. 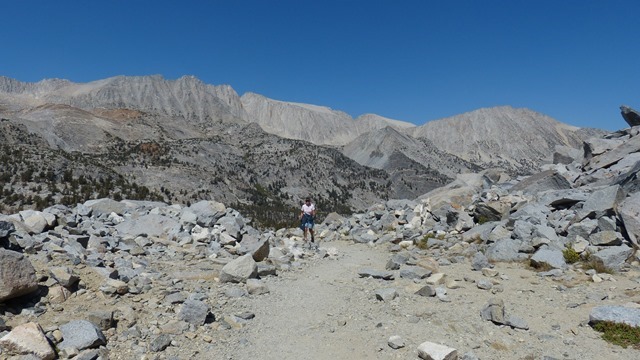 This was not a pass to climb to for the scenery, but the rocks and boulders were certainly impressive. 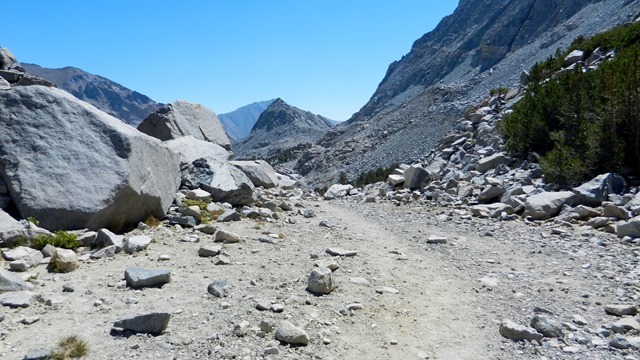 Jim heading back down. 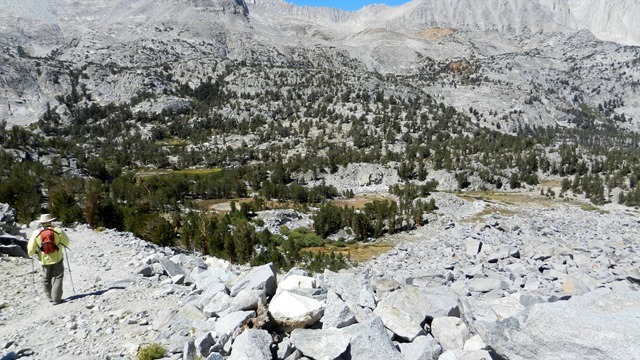 It was downhill most of the way back, and we ended up with a total of 7.9 miles. Not too bad for us old folks. We definitely feel like we’re getting stronger, at least some days. It helps when the weather is cool and the scenery is so distracting.

We were discussing our favorite hikes in the Eastern Sierra so far, and decided that even though this was a great one, we liked the 20 Lakes Basin trail better. But our favorite has been the hike to Bennettville Mine and on to Spuller Lake, a much less popular but just as beautiful area. You really can’t go wrong hiking anywhere around here. More trails to come…