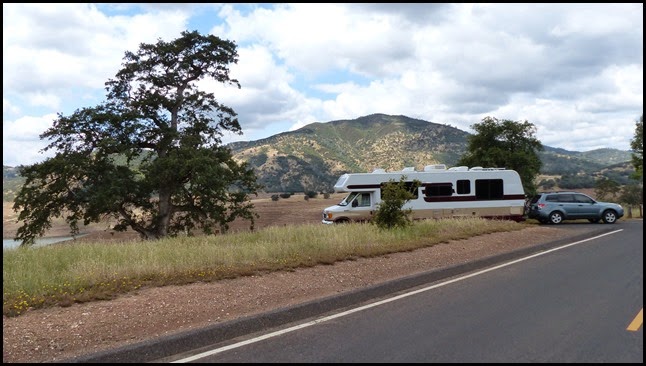 We headed out of Yosemite by 9:30 on Thursday morning with the threat of rain and/or snow looming overhead. Our new mifi device was waiting for us at the post office in the Mother Lode town of Sonora, CA, nearly eighty miles away. The most exciting part of the drive along 120 was coming down the one hundred plus curves and hairpin turns of Priest Grade, with me in the lead in the car. I was very glad we didn’t hook up. We spent that night at Marble Quarry RV Park in Columbia, just a few miles from Sonora. It’s a Passport America park and our site was actually quite nice for an RV park and the $22.50 price. It began to rain shortly after we arrived and continued all night so I failed to take any photos. We definitely timed it right getting out of Yosemite when we did.

It was only in the mid forties but after the post office we walked in the cold rain through historic downtown Sonora, a cute place with mostly antique and specialty shops, but Jim did buy a new pair of hiking pants in the outfitter store. The RV park happened to be located just a few blocks from Columbia State Historical Park so I suggested we stop on the way back. Jim stayed in the car while I donned my rain gear and wandered around the streets of the preserved California Gold Rush-era town, which looked more like a ghost town on this dreary day. 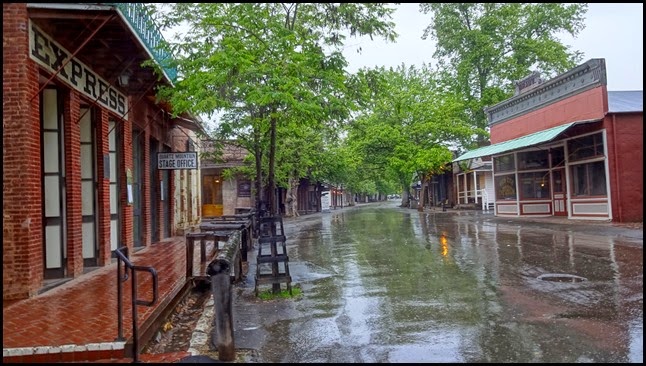 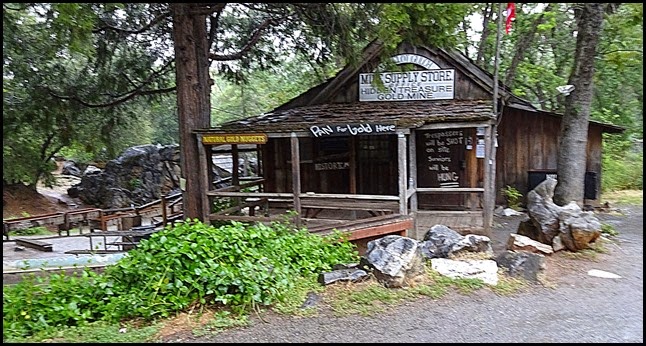 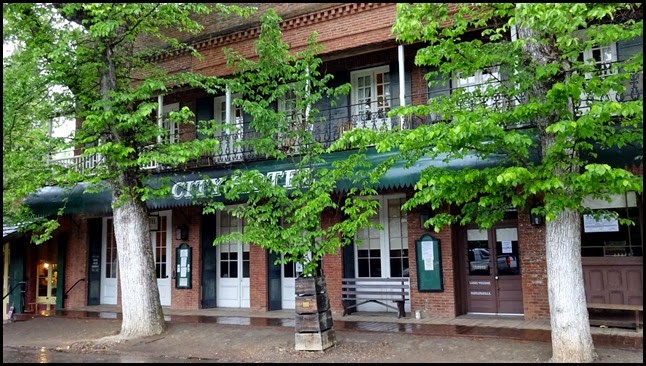 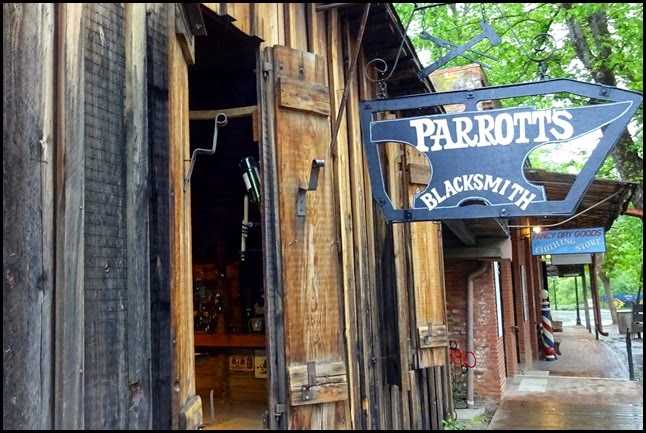 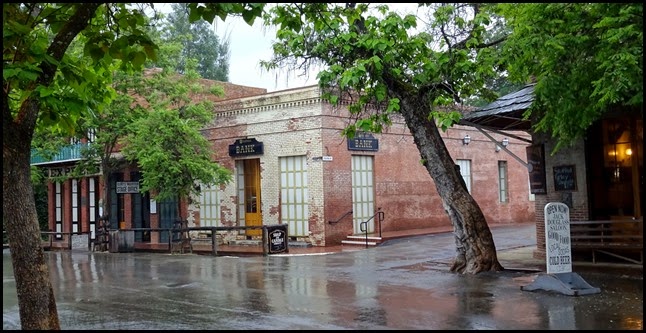 The next day we were in search of a quiet place to relax and spend the weekend, so we drove 18 miles to Glory Hole Recreation Area on New Melones Lake, where we found a great campsite overlooking what’s left of the lake at 25% capacity. 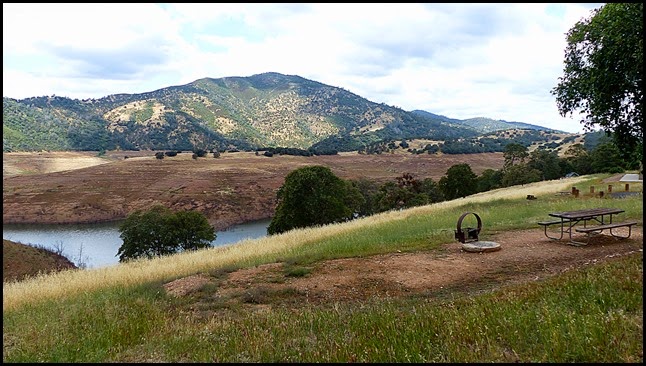 Jim had long grown tired of too many days of being parked in the forest, but I didn’t realize how much it was affecting my mood, also, until we got back in the wide open grasslands. Wild turkeys wander by frequently, there is an osprey nest with babies just at the end of our loop, and miles of trails, so we’ve hung around a couple more days. 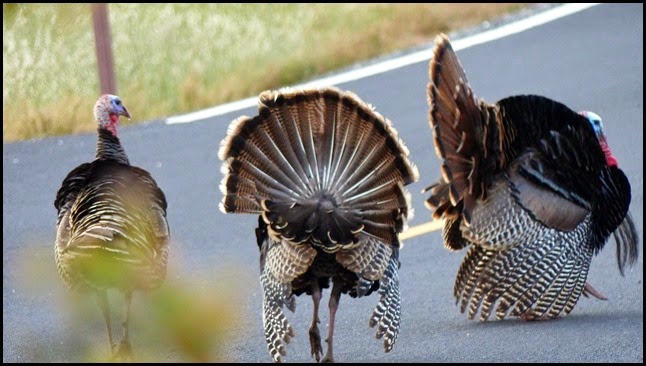 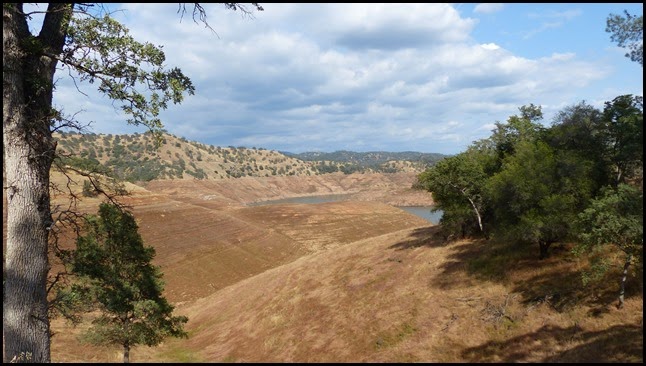 This area used to be part of the lake. 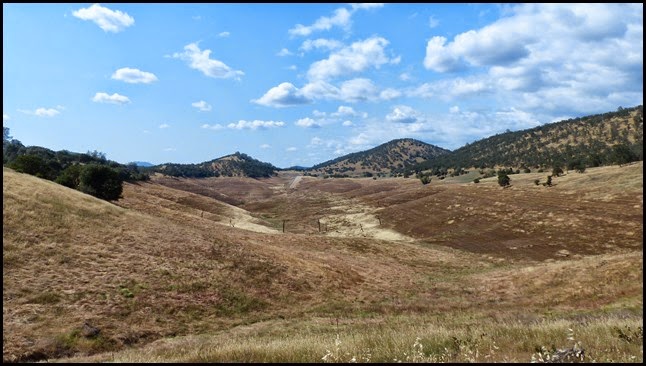 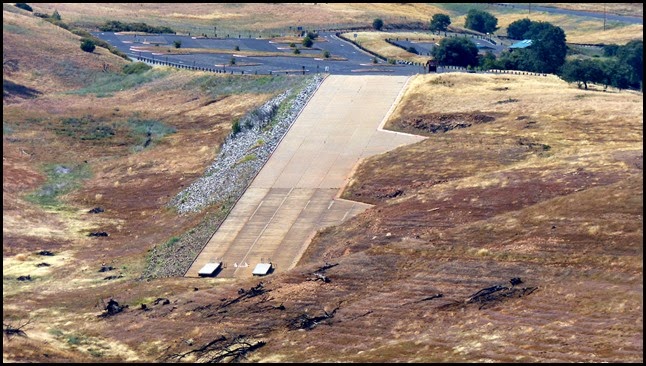 Houseboat owners have been asked to get them out of the water before the lake turns to mud. Most have been moved to dry storage but there were still a few left. 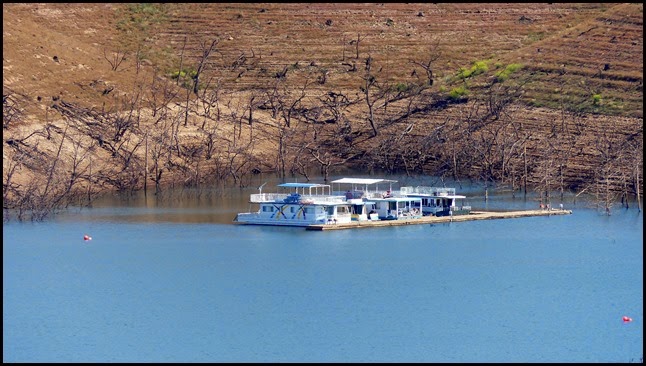 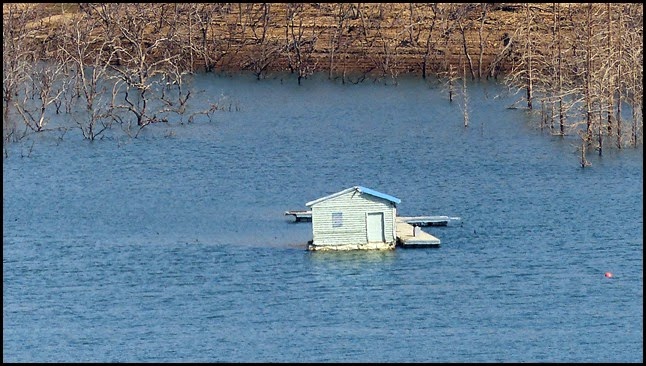 Yesterday we took a drive to check out nearby Angels Camp and San Andreas, two more Gold Rush towns along Highway 49. We spent a couple hours at the Calaveras County Museum in San Andreas, a nicely done historical museum if you care to learn more about this part of California’s prosperous gold days. 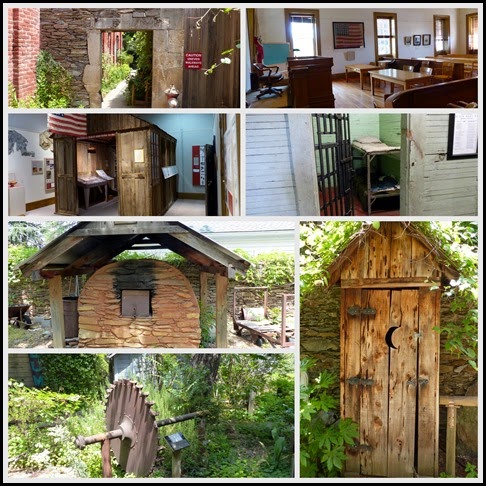 Angels Camp’s claim to fame is that Mark Twain based his first famous short story, The Celebrated Jumping Frog of Calaveras County, on a story he heard at Angels Hotel in 1865. They now have an annual frog jumping contest in May, which happened to be taking place over the weekend, but we didn’t attend. They like their frogs here. 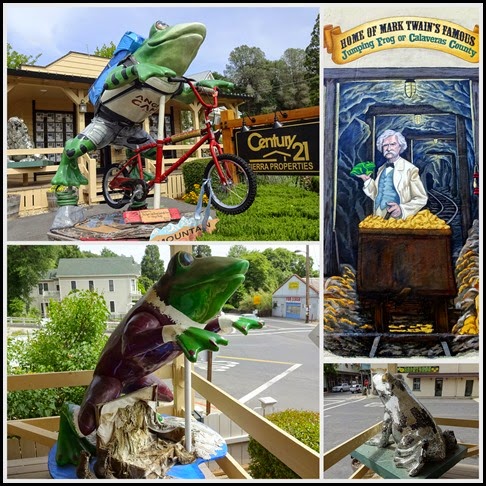 Tomorrow we move north in search of a place to hide out for the upcoming holiday weekend.