Another Week in the Desert 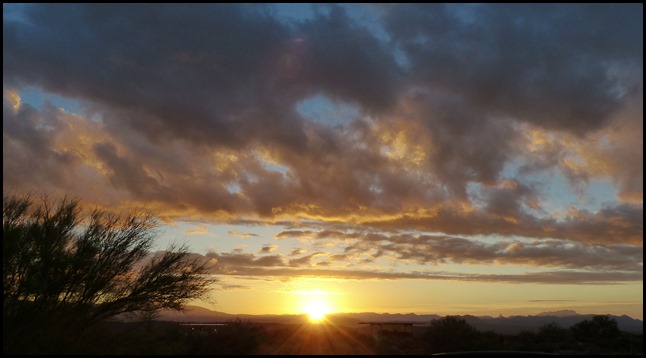 Hard to believe tomorrow will be four weeks since we arrived at McDowell Mountain Park. Not sure where the time has gone, but we’ve been keeping busy. Finally got the outside of the Lazy Daze all cleaned and polished. 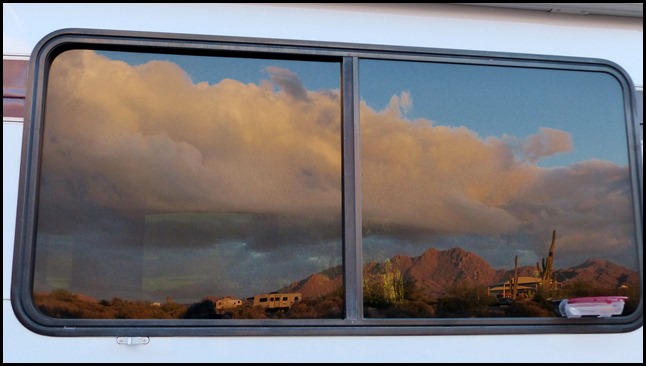 Still plan to go through every storage bin and cabinet to see what we can get rid of. We try to do this once a year and it’s always surprising how much stuff we can find that we don’t need or haven’t used.

Jim got a good report at the ophthalmologist on Monday. He was concerned that his Fuch’s corneal dystrophy had worsened to the point of needing transplants, but the doctor said his corneas looked great and his visual fluctuations and irritation were due to dry eyes. He gave him an Rx for Restasis, which is supposed to help the eyes produce more tears. It’s expensive and takes at least six weeks to see results, but he’s hoping it will work.

We did some shopping in Scottsdale the other day and found a frame for the lovely watercolor painting Bobbie gave us in Utah last month. Adds a nice touch of class to our tiny home. 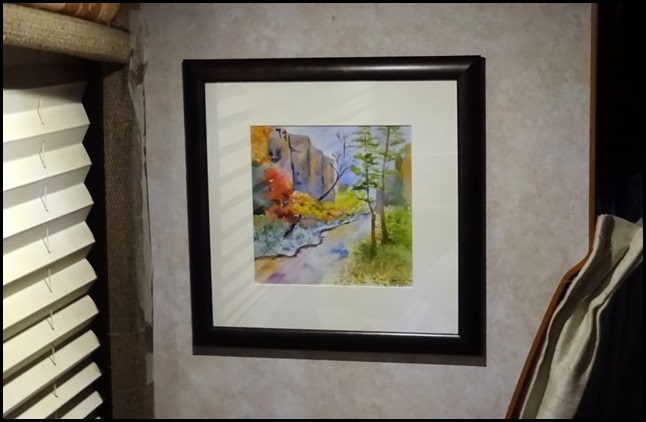 We’ve done several bike rides this week and Jim’s managed to stay upright. I think it’s because he got a new helmet and shoes. Pretty snazzy, huh? I won’t let him wear his old shoes that he has to clip into the pedals so these grip the flat pedals better. He claims that red makes him go faster. 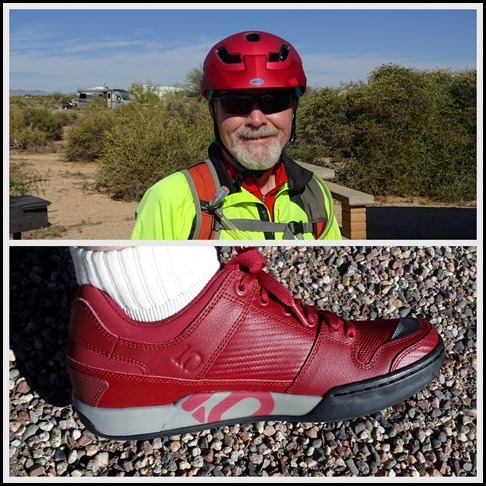 We did a hike last week on the Escondido trail. I miscalculated the distance and thought we could make a relatively short loop of 4-5 miles, since we got off to a late start. 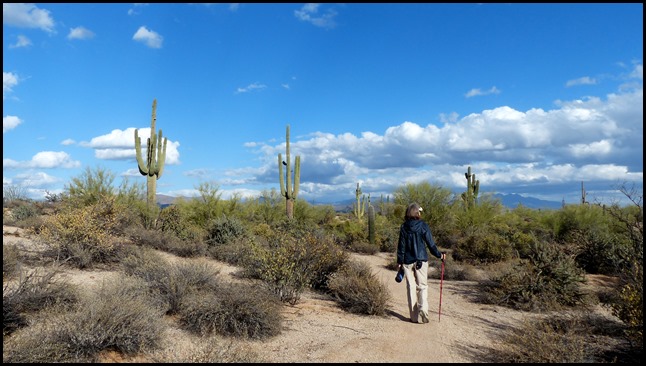 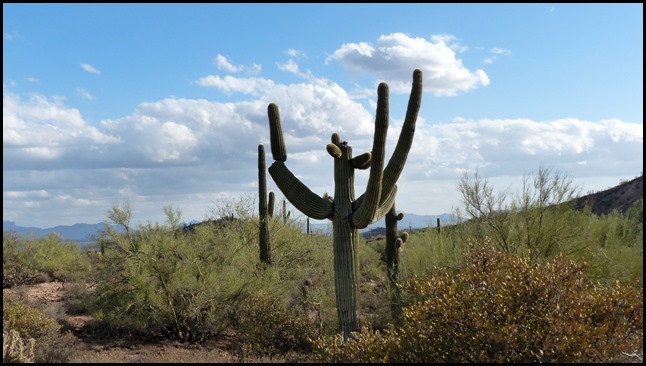 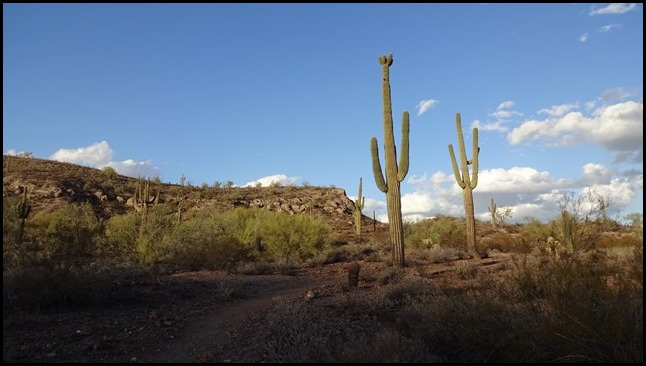 The sun was getting lower in the sky and the temperature was dropping before we looked at the phone and saw that we had hiked 4.3 miles with no end in sight. By this time it was already 4:20, with not much daylight left. We decided it was best to just turn around, a good idea as we later found out the loop would have been around 11 miles. We were completely unprepared, with just one bottle of water, no packs, and no flashlight. We should really know better that sometimes our intended short hikes don’t end up that way. 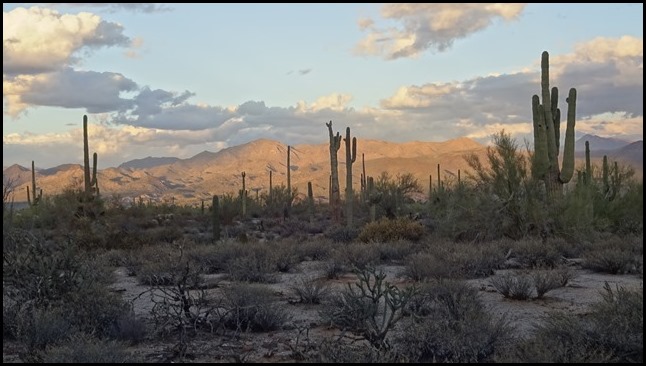 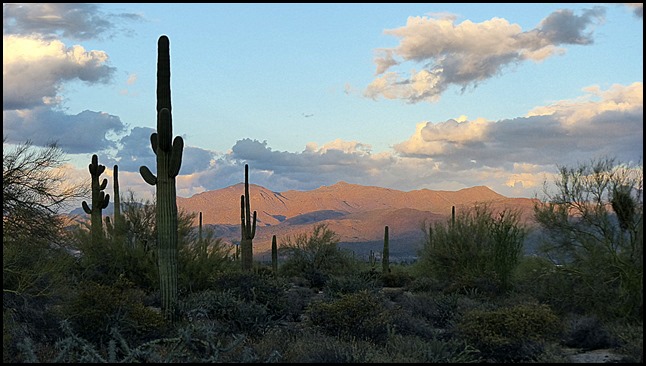 But this is what we would have missed, and we made it back just as it was getting really dark. 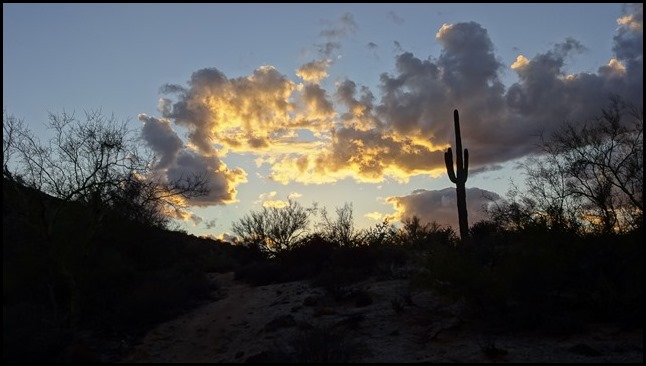 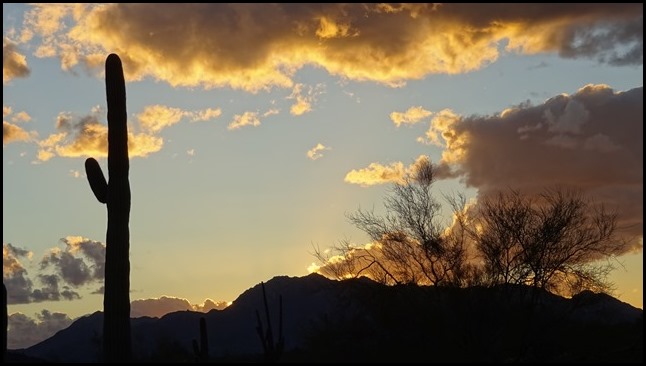 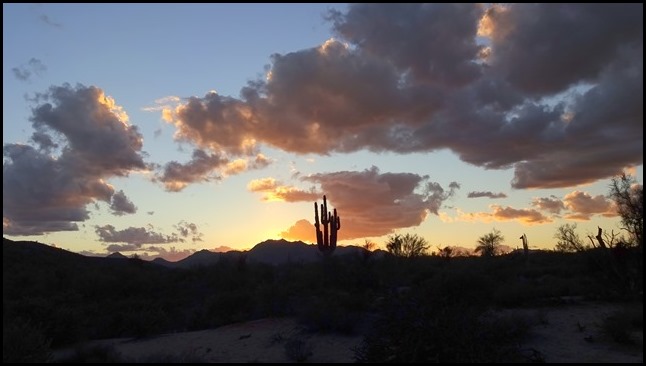 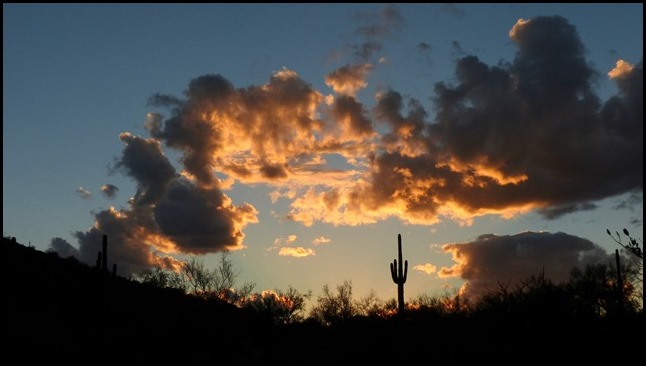 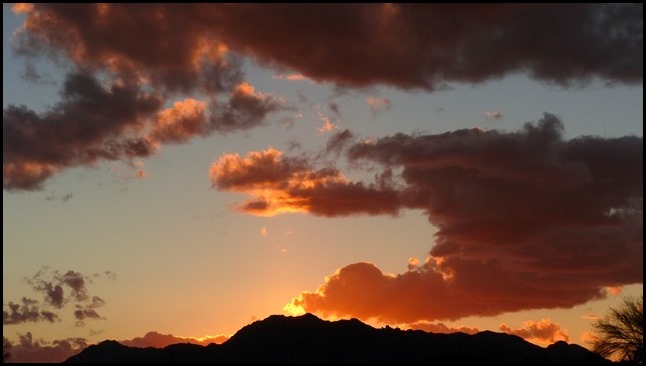 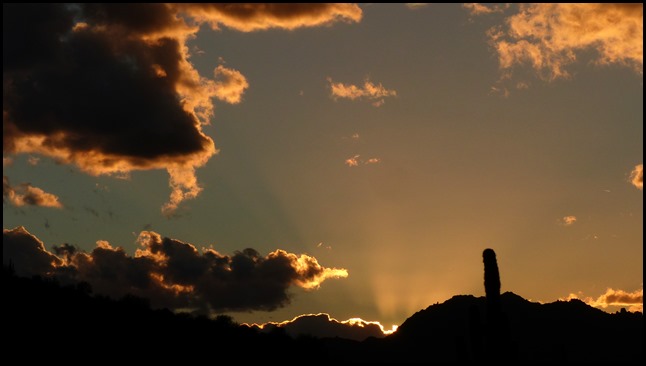 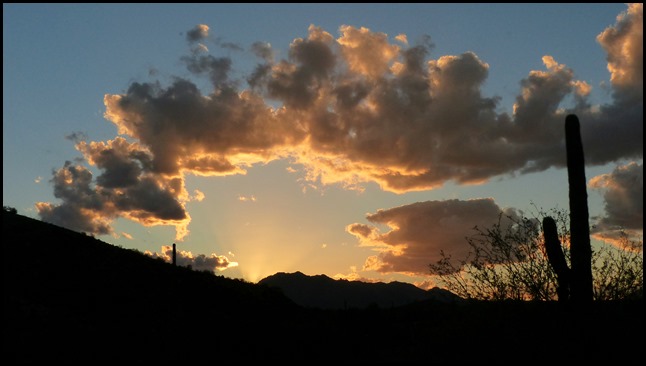 This weekend is the Fountain Hills Arts and Crafts Fair, a big deal, so we went to check it out. There was some very impressive artwork and it was very crowded. We liked the dog hats and the models. They were selling a lot of hats! Wonder how many dogs will actually wear them. 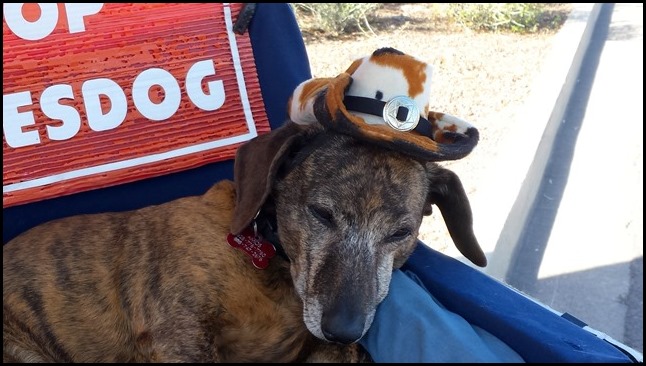 I spent Thursday morning in training at Fearless Kitty Rescue, where I will be volunteering every week. I was too busy to take photos but will try to next time. It’s a very nice shelter. Just after I got home we had a pleasant visit from fellow Lazy Daze owners and blogger Judie (Adventures of Dorrie Anne) and Gary. Always fun to meet people we’ve only communicated with through emails and blogging and we hope to see them again down the road.