Our Week in Photos, and a Few Words

Curve-billed thrasher on our picnic table. 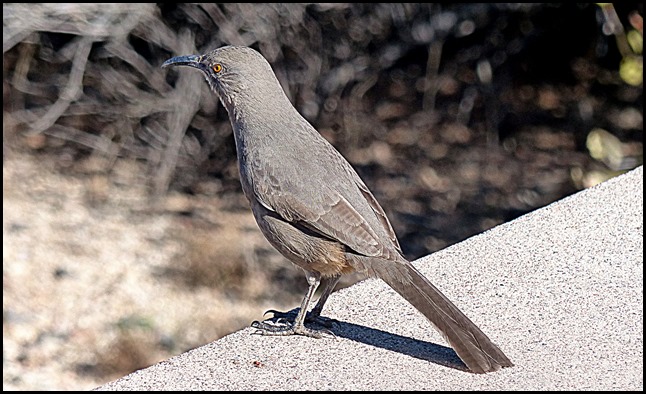 The Javelina Jundred at McDowell Mountain Park, with only a few runners in costume on Halloween. 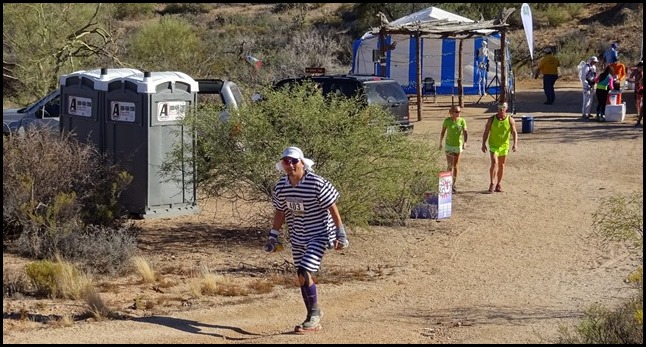 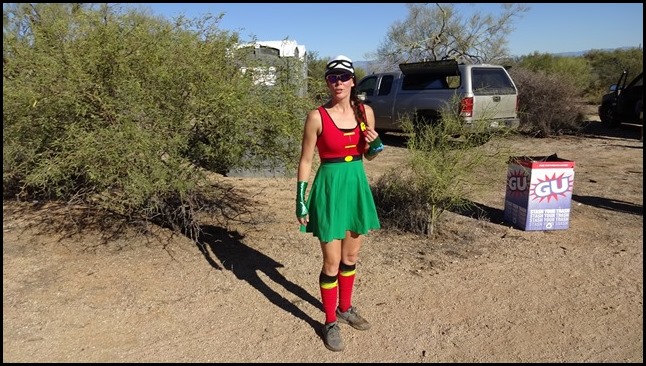 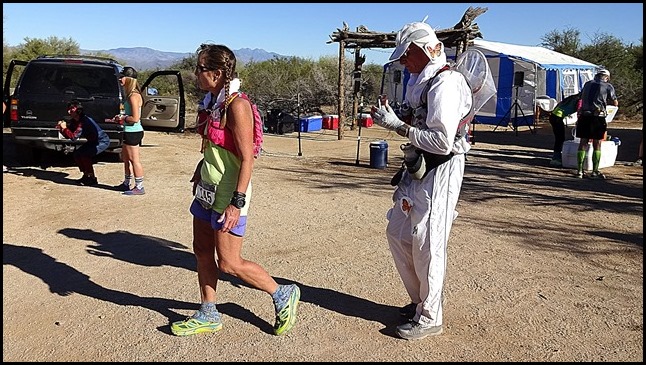 They had run about 35 miles at this point. Runners leave their gear at the aid station so they can stop and pick up what they need. We spoke with a guy who was putting on shoes, after doing the first 35 miles in sandals. 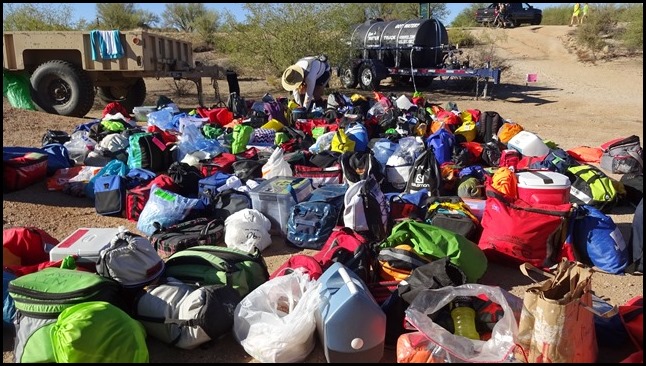 Jim decided to crash his mountain bike a couple miles after we stopped to watch the race. He has bruises and abrasions, but those are healing up. On a positive note, his heartburn seems to be gone. 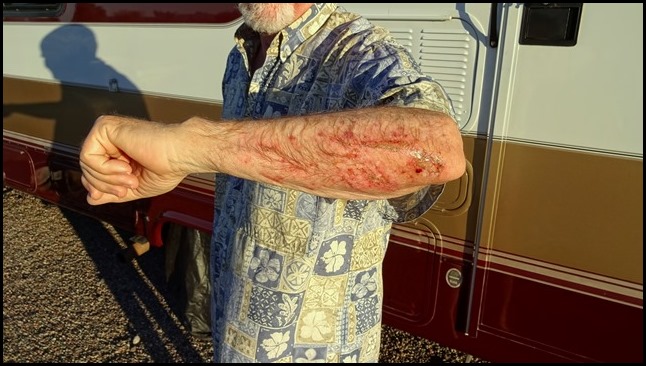 Luckily he was able to ride his bike the five miles or so back to the campground. 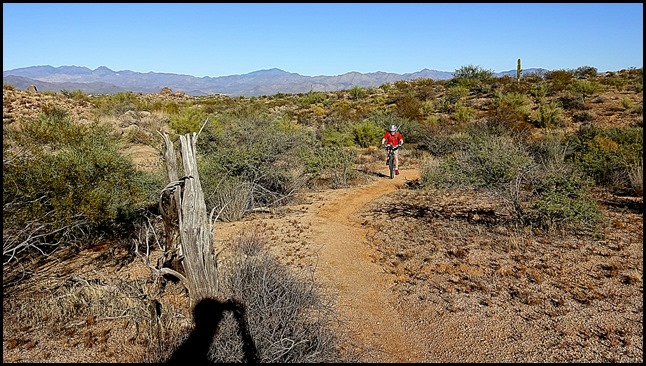 And he is still able to hike, so that’s what we’ve done in between the couple of cold and rainy days we’ve had this week. 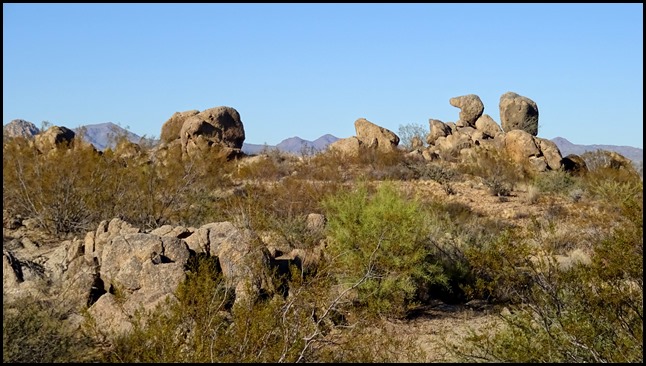 Inside of the saguaro cactus looks like a work of art. 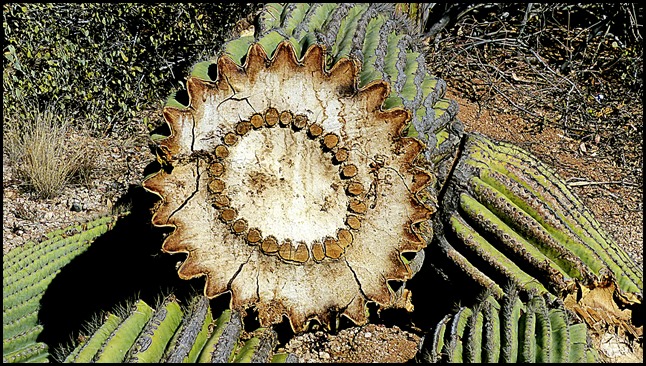 Yesterday we hiked the Dixie Mine/Sonoran Trail in Fountain Hills. The first half mile is on the sidewalk of Eagle’s Nest, a gated community with hotel-sized houses. 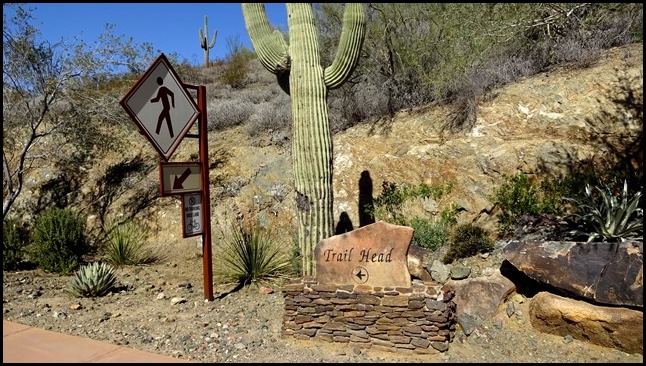 Then it’s nothing but Sonoran desert for miles. 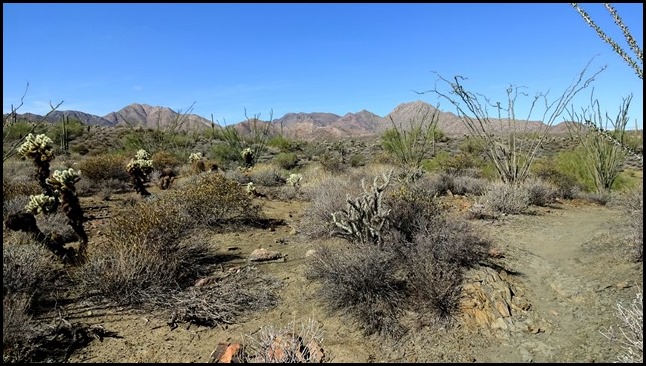 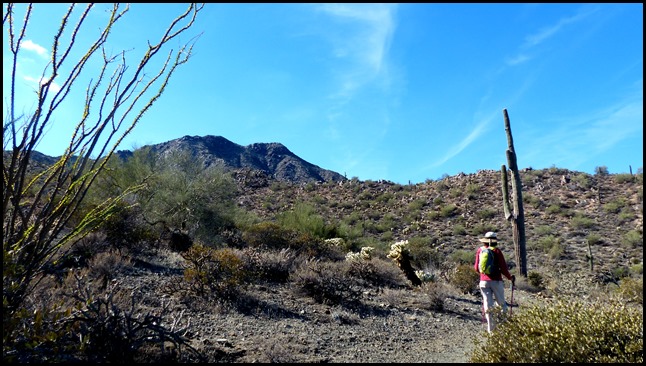 Cylindropuntia bigelovii, better known as teddy bear cholla, for their soft and fuzzy appearance. Don’t let their good looks fool you, though. 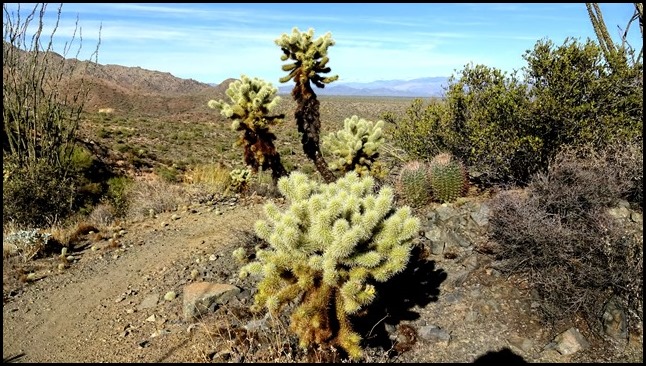 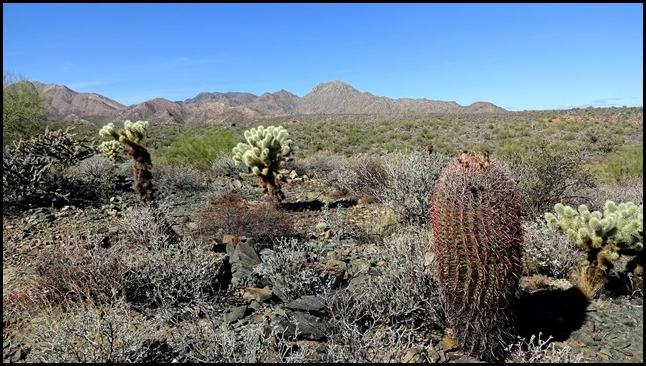 There are emergency markers at regular intervals. And we passed two helicopter pads, something we’ve never seen on a trail before. The trail is very rocky, steep, and along big drop offs in places. We’re guessing they do a lot of rescues of  injured mountain bikers. You can bet that is one trail we won’t be biking on! 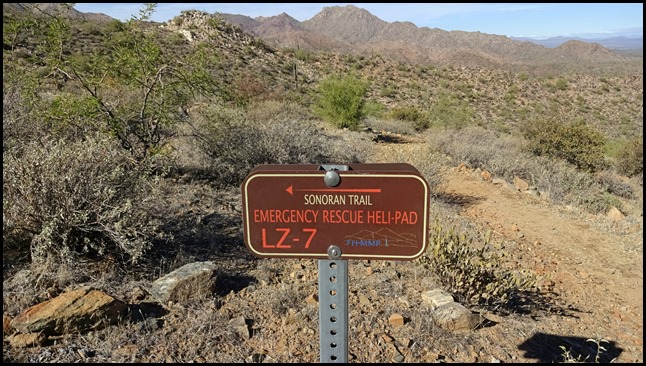 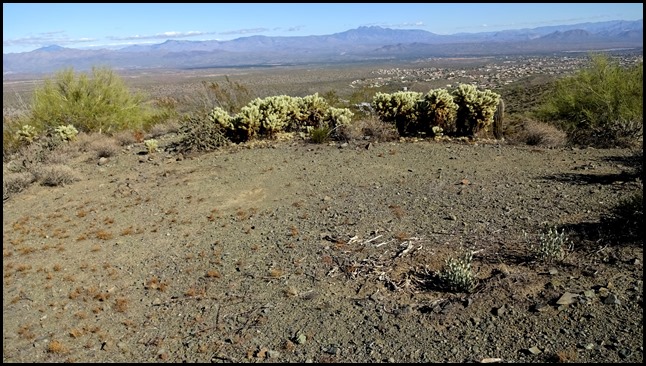 It was a nice place to hike, though, as we climbed up to a ridge with views of Fountain Hills. 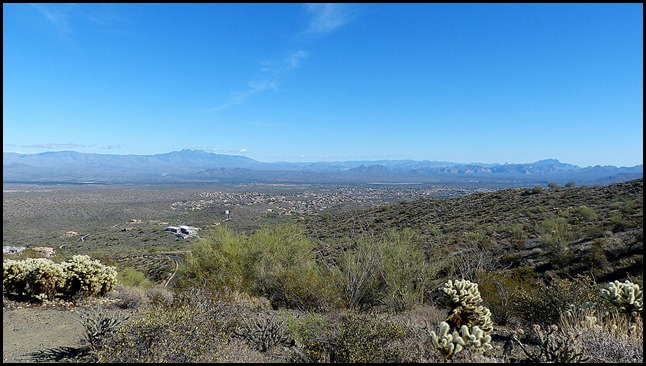 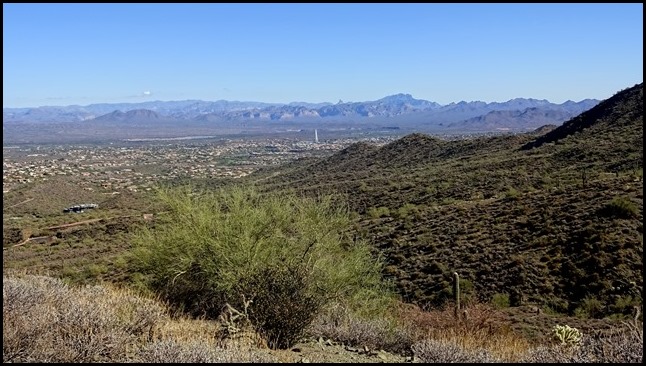 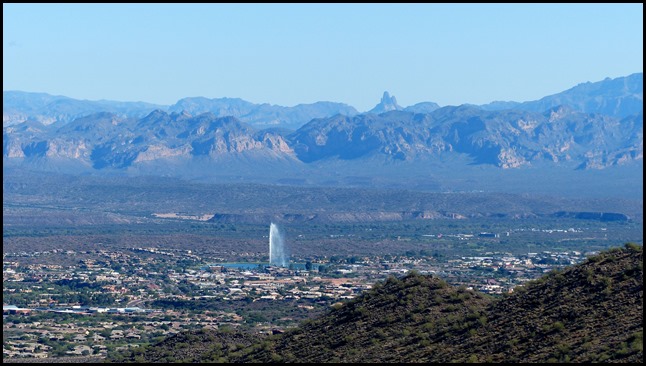 And when we got back to the trail head we noticed this crested saguaro right behind our car. 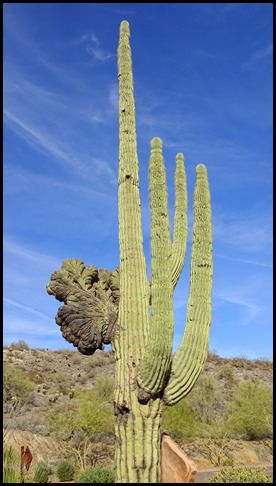 I think it’s the biggest one we’ve ever seen. 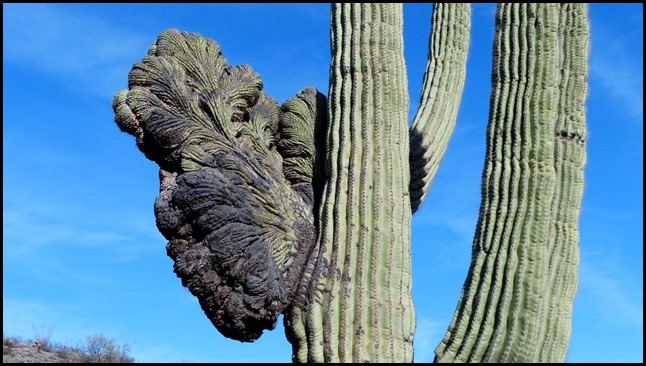 This week we also took a tour of Fearless Kitty Rescue, where I will be volunteering after training. What a wonderful shelter! It is modeled after Best Friends in Utah, although on a much smaller scale. Jim fell in love with a one-eyed kitten, so he won’t be going back