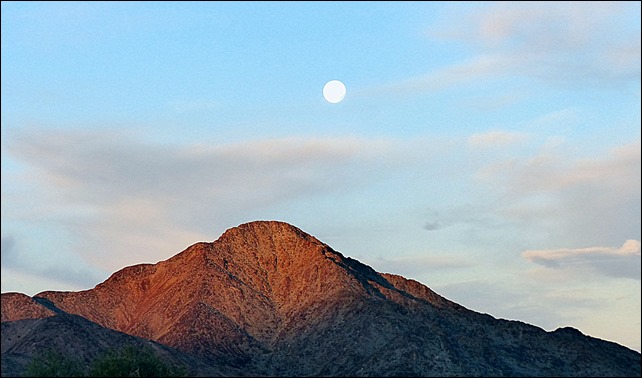 It’s been a pleasant week in Quartzsite, but we’re ready to move on. We were joined by Box Canyon Mark and Bobbie on Thursday, a nice surprise since they are not big fans of Q, but they wanted to meet some people at the Blogger Fest Saturday. 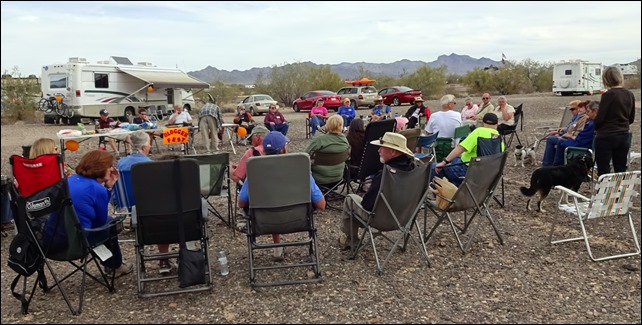 I think there were over 50 people who showed up, so like last year I missed talking to some, but it was fun to put faces to blogs and visit with some people we met last year. I only took a few photos while everyone was going around the circle introducing themselves. After that we all stood around talking and I completely forgot to take any more. 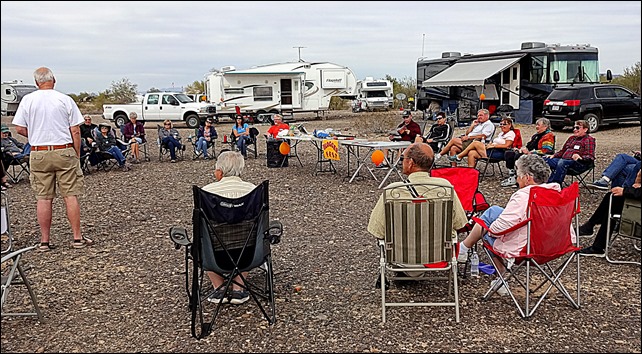 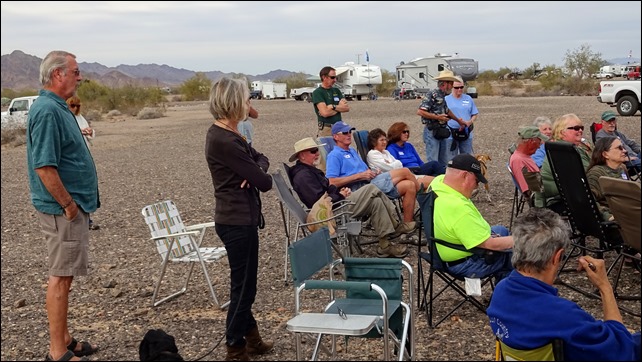 Bayfield Bunch Al, Kelly and Pheebes were there again. Pheebes moved too fast to get her picture, but she had a great time running around greeting everyone. What a sweet dog! Thanks again to George and Suzie (Our Awesome Travels) and the others who helped put this together again. 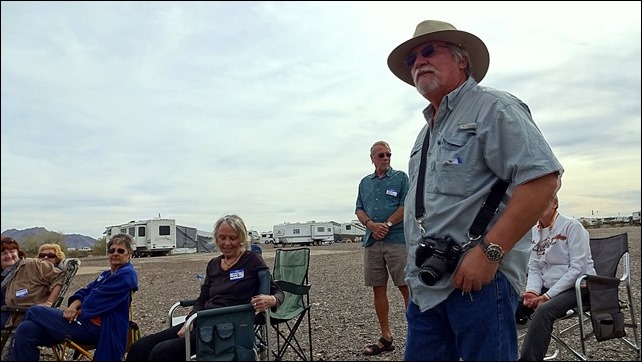 One of our hikes around the hills near Q mountain. From left, Jim, Mark, Bobbie and Chris. 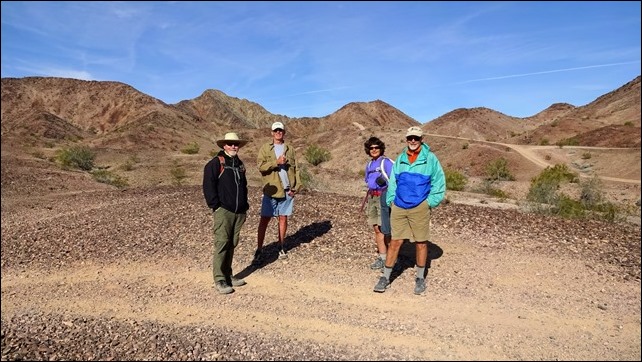 Old stone cabin we happened upon. 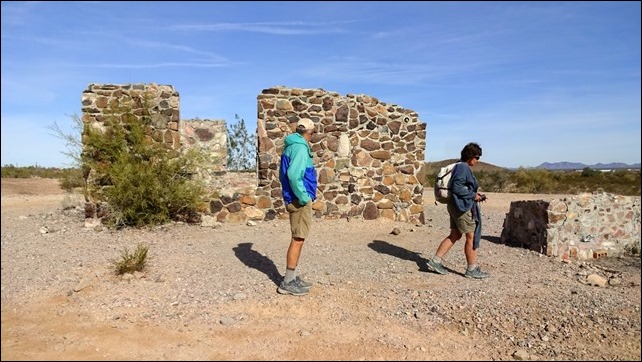 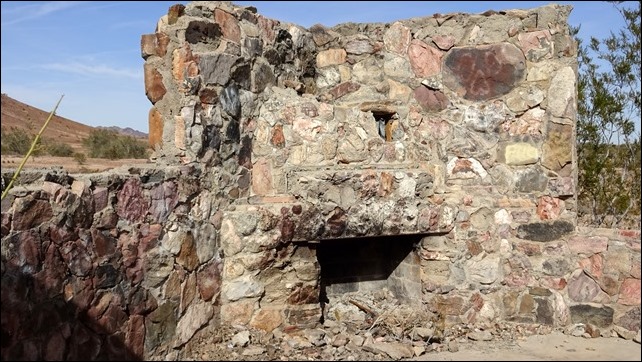 We decided to dump and get water late yesterday afternoon hoping everyone else was at happy hour or watching football. Since there were only three people in line I think we picked a good time, as that can be a busy place with the thousands of RVs here. So today all we have to do is hook up the car and make our way to Yuma.