Released and Settled in for the Weekend

We were finally released from All Wheel Auto yesterday afternoon, several thousand dollars poorer but the Lazy Daze should be good to go for a long time. We’re very happy with the improvement in the ride, which may be partly from the new Koni shocks, and/or the new tires.

While the work was being done Jim didn’t want to leave in case something came up that he wanted to look at. That did happen several times during the first two days of work, but yesterday was just a matter of putting everything back together, so while they were finishing up we decided to go back to the Sacramento River Trail, this time with the bikes, so we could see a bit more than we did on the short walk we took the other night. 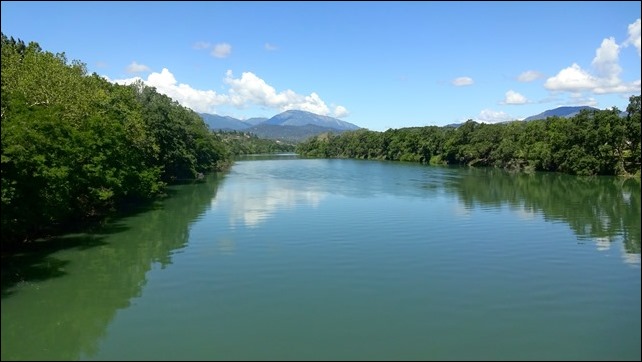 Diestelhorst Bridge was the first automobile bridge to cross the Sacramento River, but since 1997 it’s been a pedestrian/bicycle link on the trail. 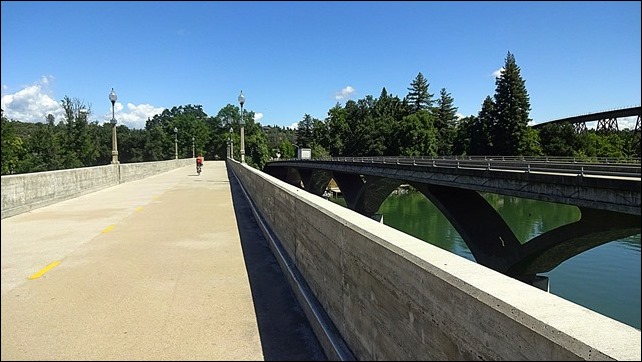 We rode up to the Keswick Dam from our starting point next to the Diestelhorst Bridge. 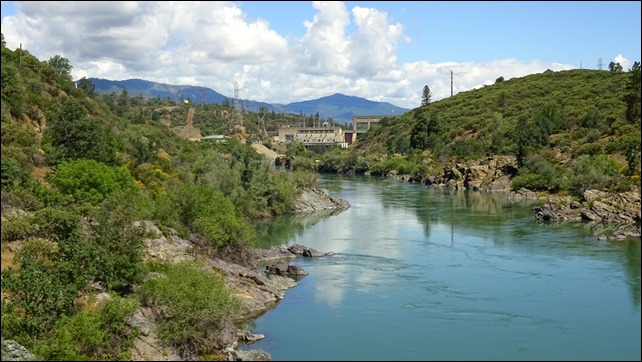 Then backtracked a bit to cross the river on the 418 foot long concrete Stress Ribbon Bridge. 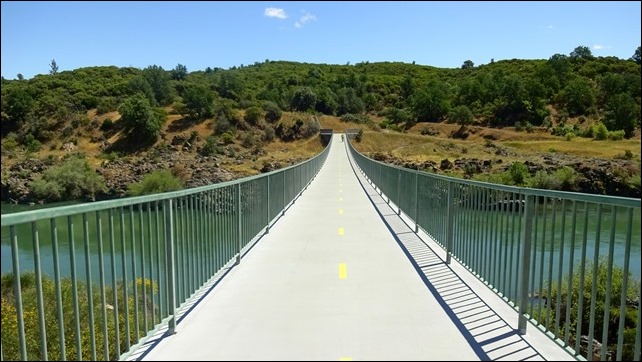 In the fall you can see the salmon going upstream here. 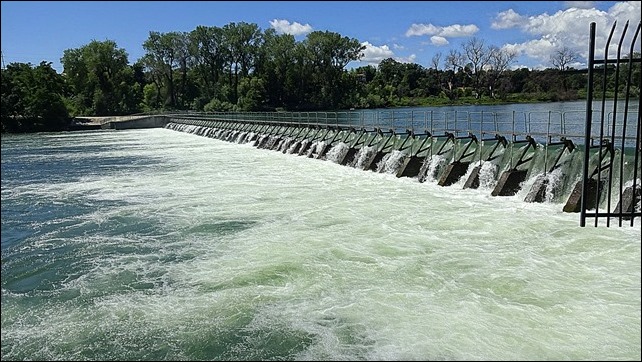 We passed by Turtle Bay, and saw lots of, what else, turtles. 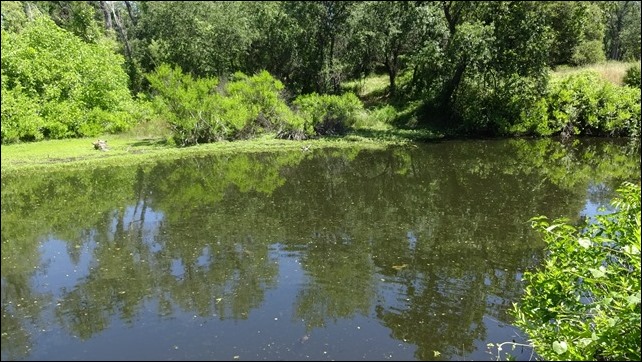 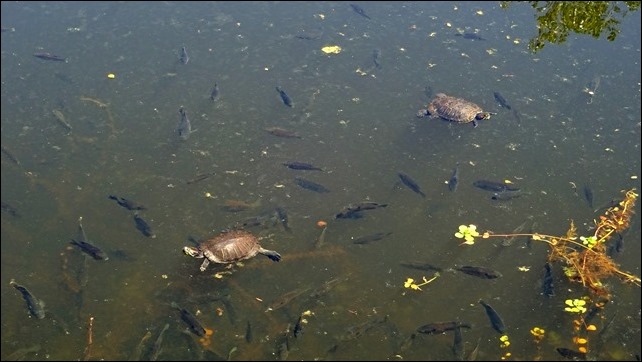 And a nice heron. 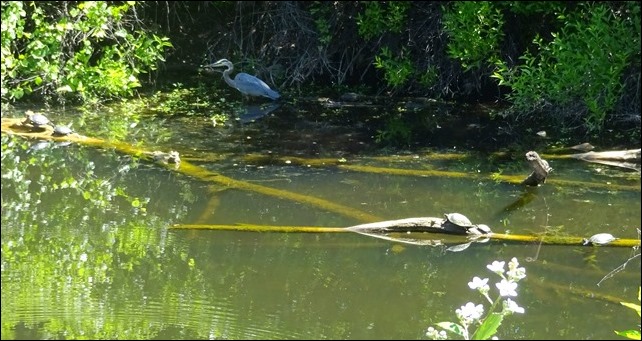 Rode through the gardens, although there wasn’t a lot blooming. 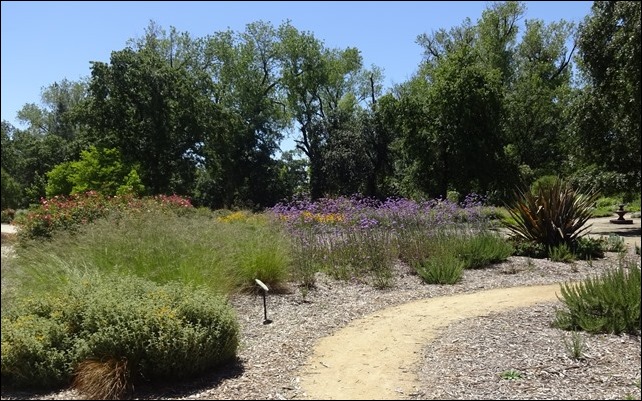 And rode over the Sundial Bridge. You can see Jim about to go under the shadow. 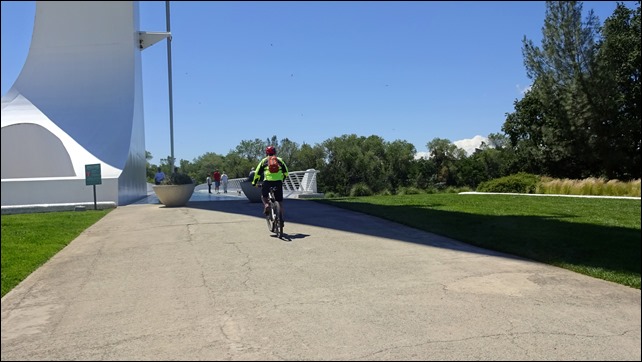 Since it was 12:09, here is where the shadow was. Seems to work pretty well, although apparently the only day it is 100% accurate is the summer solstice. 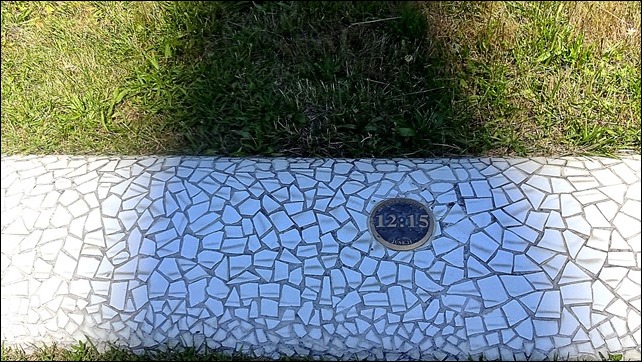 After leaving the shop around 3 we stopped for gas and propane, since they were just across the road, then drove north a short 17 miles to Trailer In RV Park. 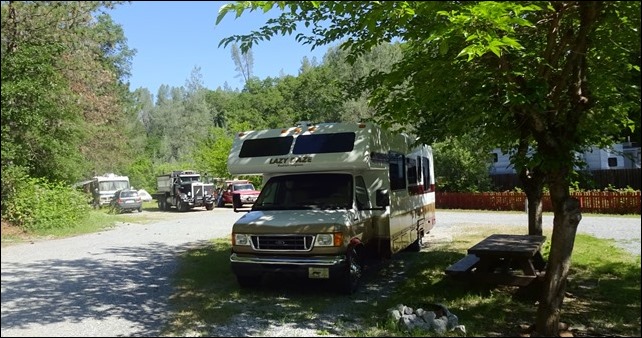 We needed to dump and fill our fresh water tank, so for the $18 Passport America rate it wasn’t a bad place to spend the night, although some of the permanent residents looked a bit sketchy. Unfortunately the sewer connections were too high, which always makes it tricky to dump, and the restrooms and laundry room were closed since they had just been painted, so my plan to throw in a couple loads of wash didn’t happen.

Needing to find a place for the weekend, this morning we stopped to look at McBride Springs, a forest service campground on the road to Mount Shasta that doesn’t take reservations, but the sites were not long enough for us, so we continued on to Weed and found a spot at Lake Shastina, a Siskiyou county campground on the lake. 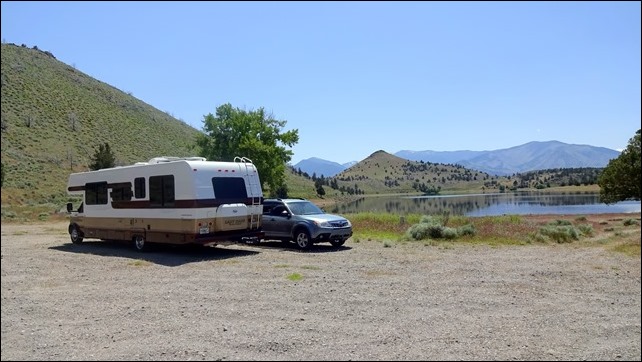 It could turn out to be crowded and noisy this weekend, but at least we are parked in a beautiful place, and it’s free. This afternoon we hiked up a nearby butte, and enjoyed lovely views of Mount Shasta, Lake Shastina, and some of the high dollar homes surrounding the lake. 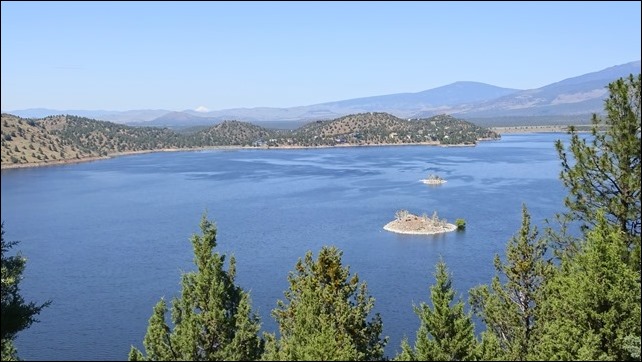 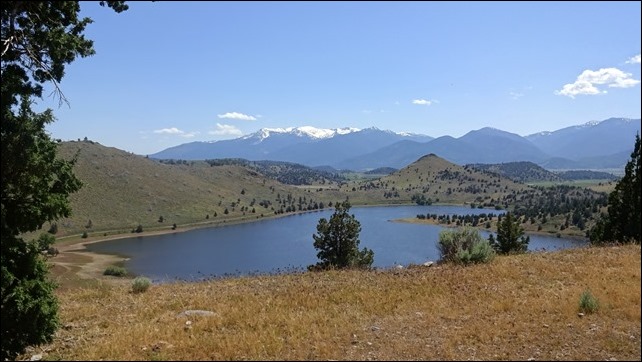 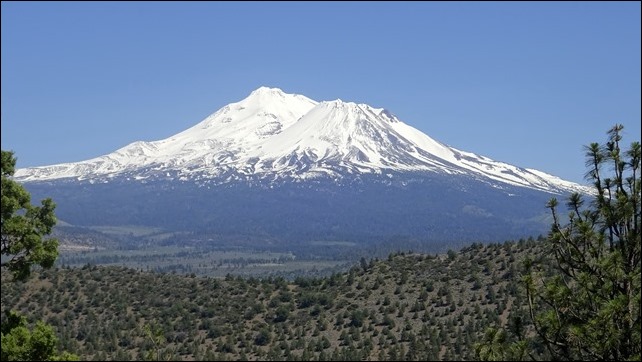 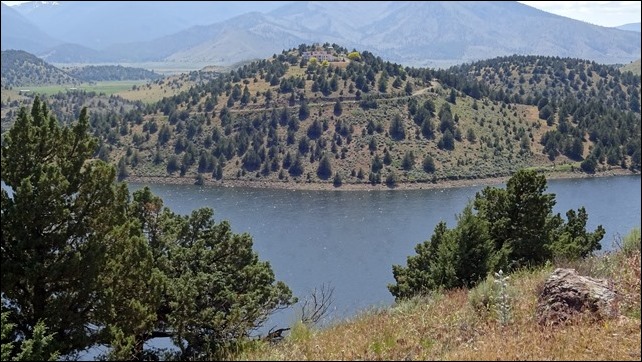 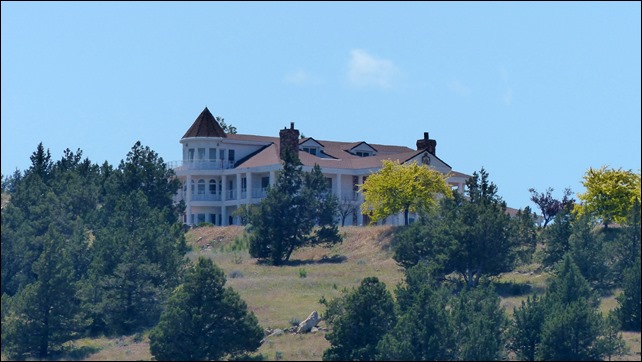 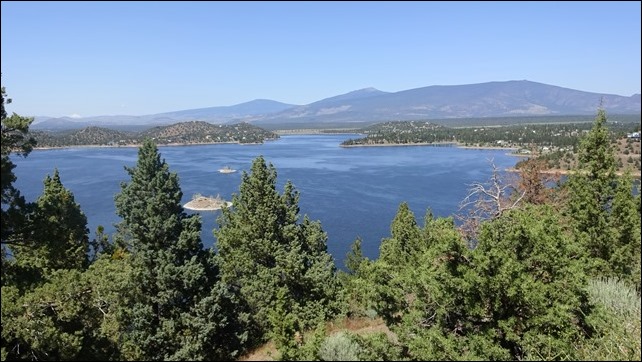 We’re happy to have our home put back together and to be out of the city.