Every Labor Day weekend Ketchum, Idaho celebrates Wagon Days, in honor of the mining tradition in the Wood River Valley. The main event is Saturday’s Big Hitch Parade, the largest non-motorized parade in the west, with wagons, buggies and stagecoaches pulled by mules and horses. Although we aren’t big western fans, it was fun seeing all of the beautiful horses and what they were pulling behind them.

Patiently waiting for the parade to start. 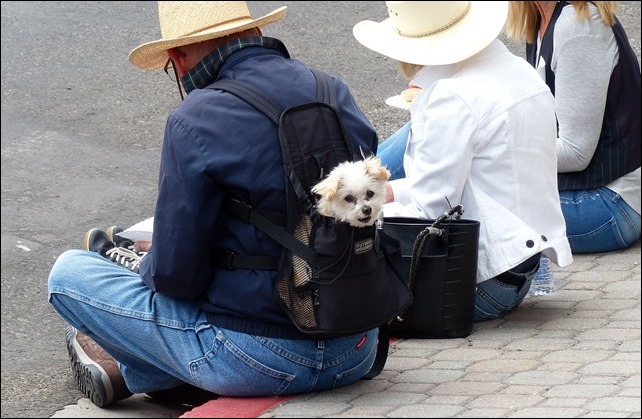 The Grand Marshall had her own special chariot.

Many local businesses and individuals participated. 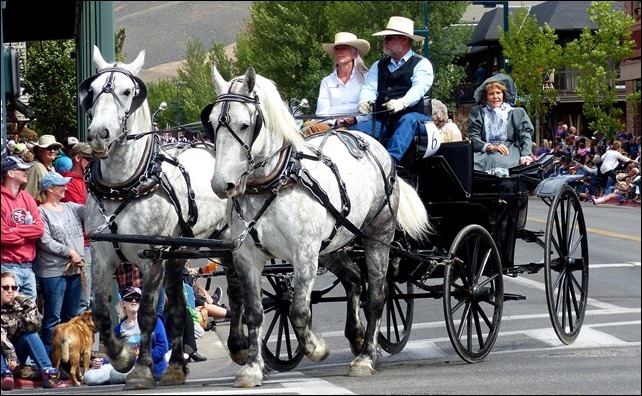 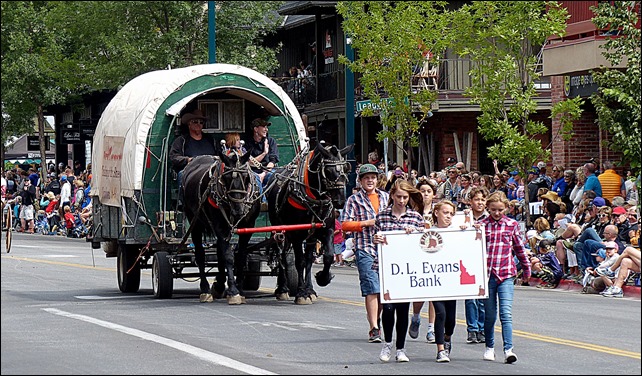 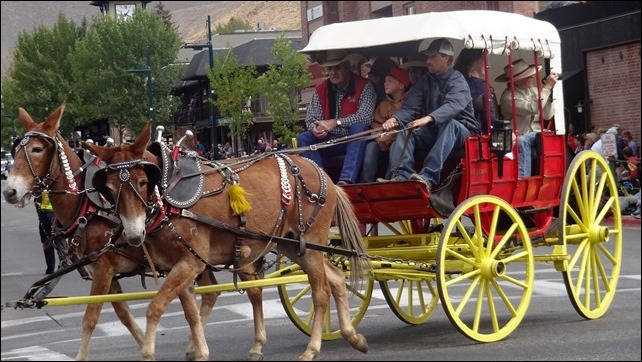 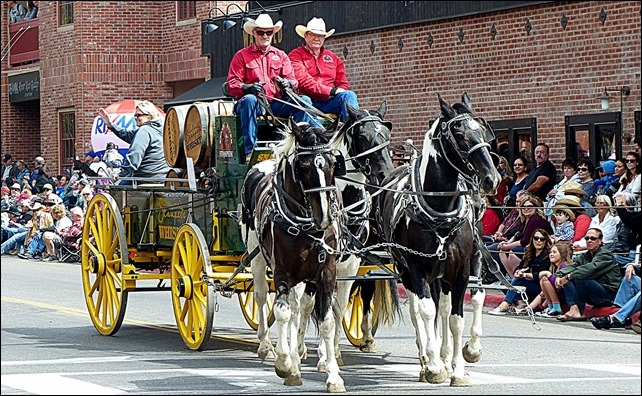 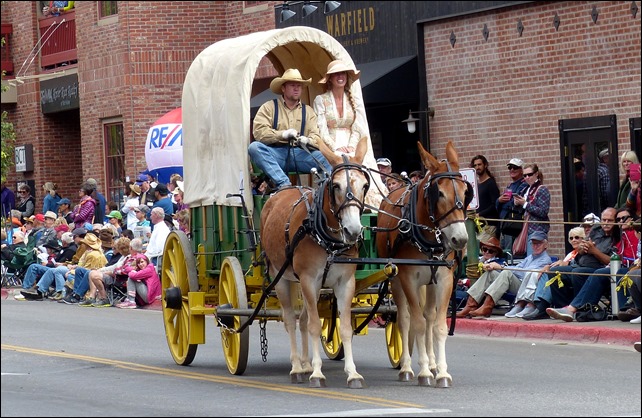 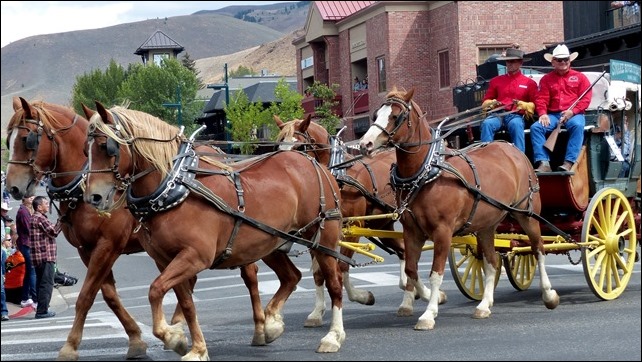 The funeral home with their hearse wagon. 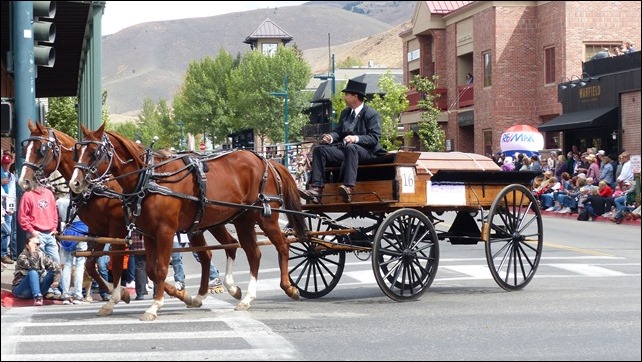 A trio of camels. 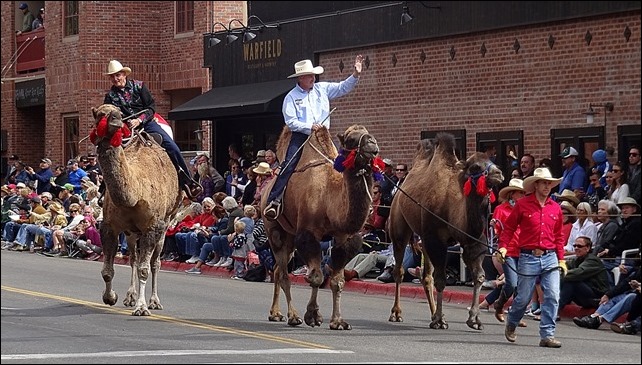 We felt a bit sorry for this miniature horse, but they were moving along a pretty good clip. 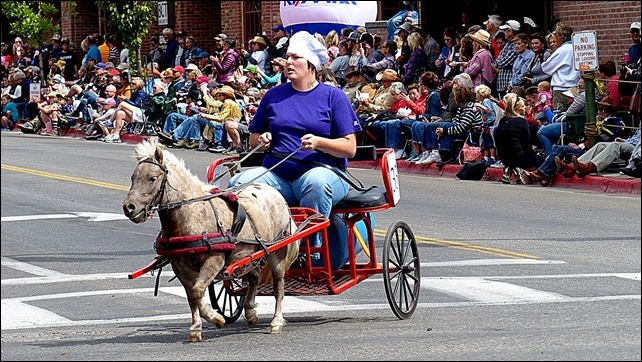 Hillary even joined the Blaine County Democrats. Apparently over the last two decades Blaine County has gained a reputation as a Democratic enclave in strongly Republican Idaho. This was evidenced by the Blaine County Republicans small showing in the parade. They are the three people on horseback to the left behind Buffy the white buffalo. 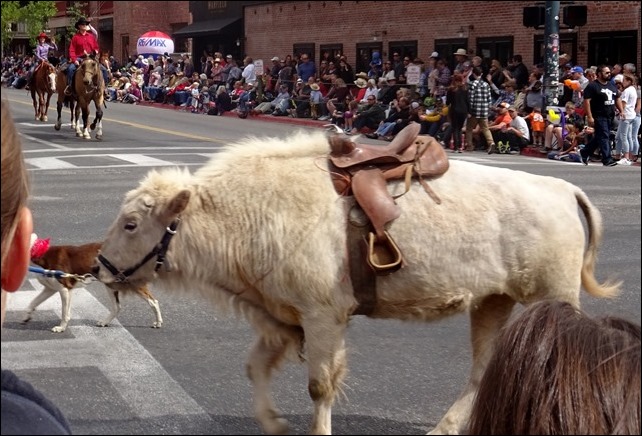 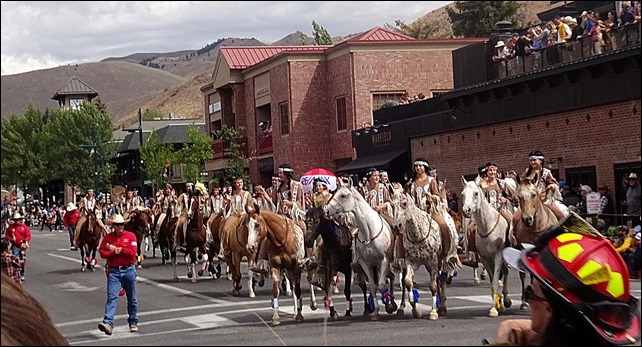 And an Uber wagon. 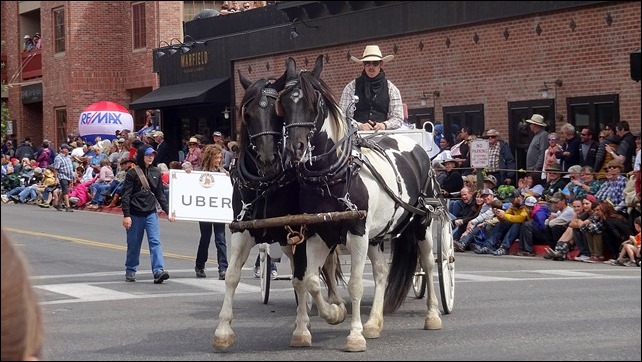 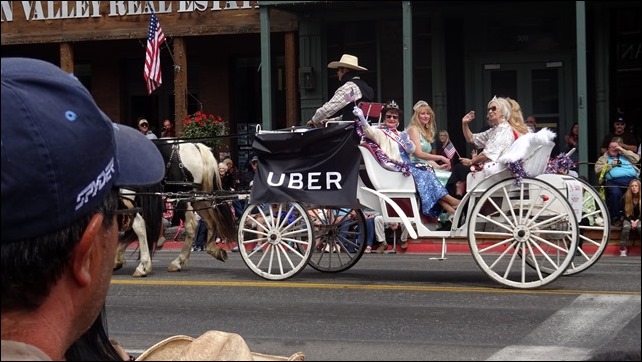 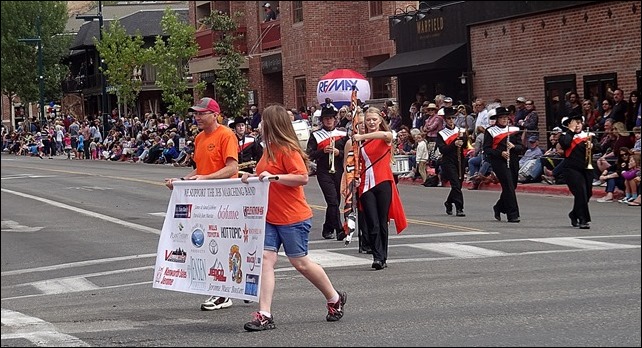 This guy on inline skates had the crappy job of scooping poop. He was good at it! 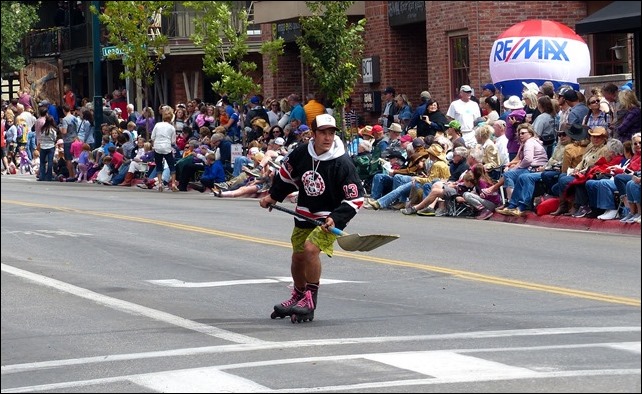 The grand finale to the parade is the Lewis Ore Wagons being pulled by a 20 mule jerk line from Bishop, CA. 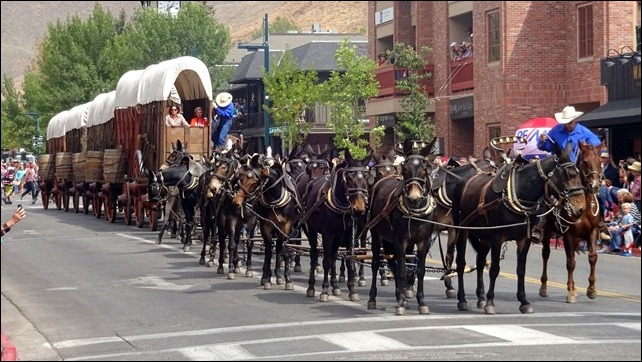 It took a lot of teamwork to get them around the corner. while keeping the wagons from tipping over. These 14’ tall covered wagons were used to haul up to 18,00 pounds of ore down the narrow, steep trail from the mountains north of Ketchum, now known as trail Creek Rd, back in the late 1800s. 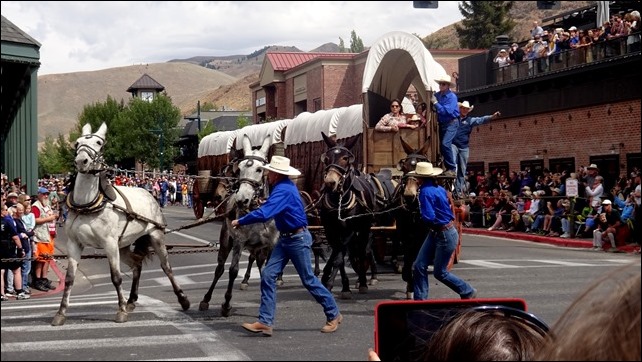 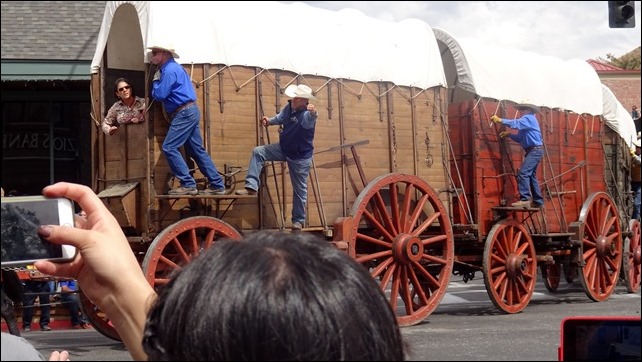 Jim shot a short video which you can see here if interested. We really enjoyed the parade, and followed it by beer and pizza with George and Tina at Wiseguy Pizza Pie. A fun afternoon!