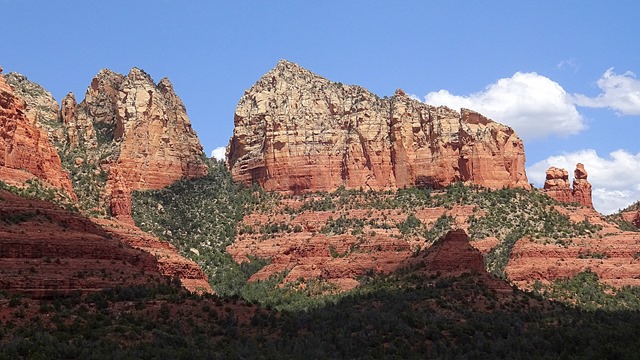 We left Prescott on Sunday, our first stop being Affinity RV in Prescott Valley to dump tanks and get water and propane. The dump and fresh water are free, but we were glad we didn’t hook up the car because Jim had to back up to get out of the dump. From there it was about another 50 miles in a strong wind to our dispersed site 10 miles from Sedona. No red rock views from our site but it’s quiet and close to town. 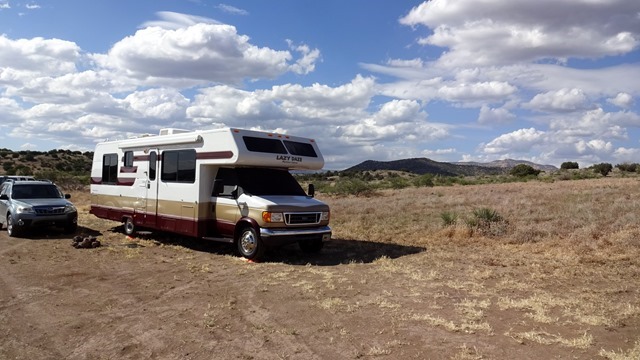 We were last here in April 2010, and I’m not sure why we waited so long to come back. We forgot how stunning the scenery is in this area. Yesterday we did a 5.5 mile hike through the Red Rock Secret Mountain Wilderness, starting on the Soldier’s Pass Trail to Brin’s Mesa Trail, and back along the Cibolla Pass and Jordan trails. What a beautiful hike! It was another very windy day, but until we got up on the mesa we were protected. Guessing the big slab is the Devil’s kitchen table. 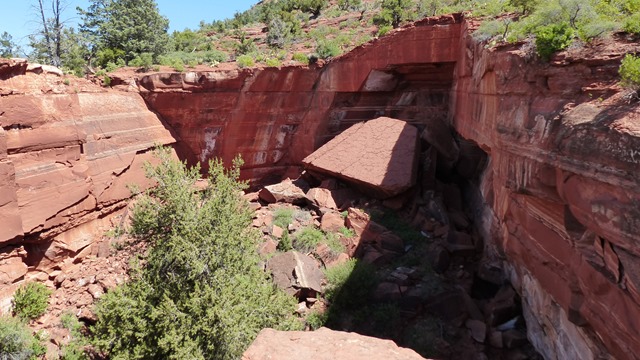 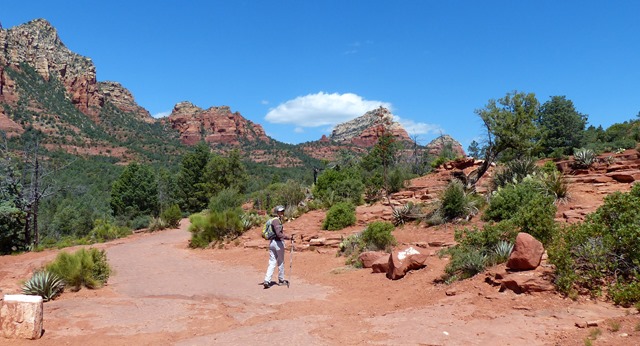 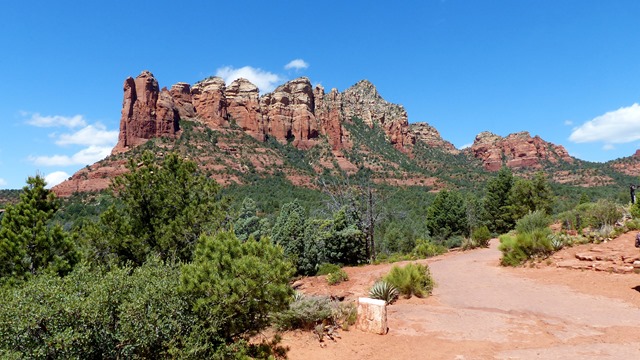 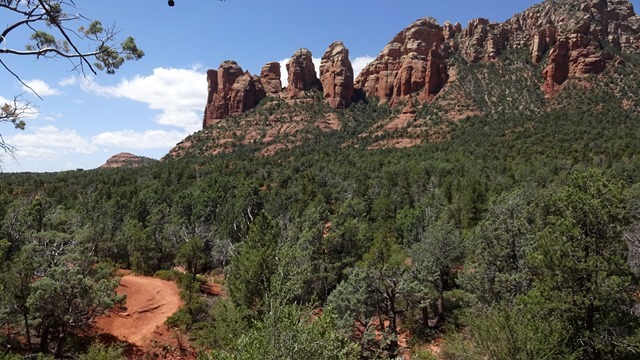 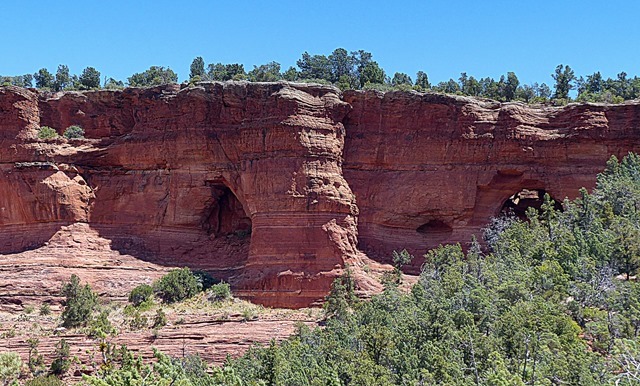 We saw a number of blooming agave or century plants. 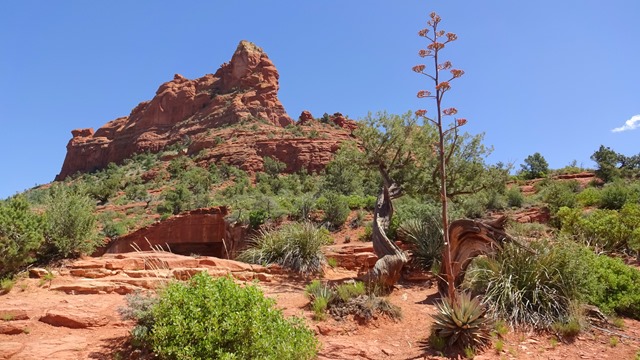 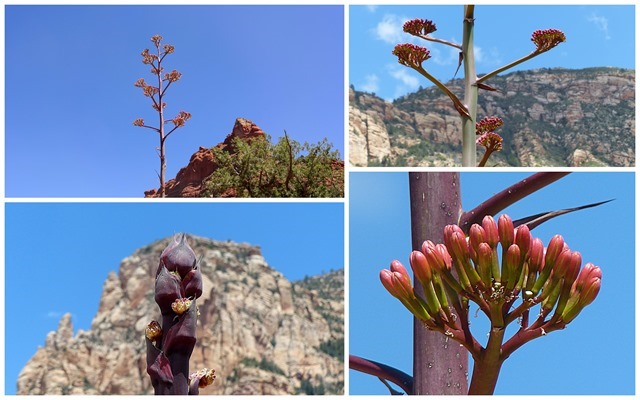 And many flowering cacti. 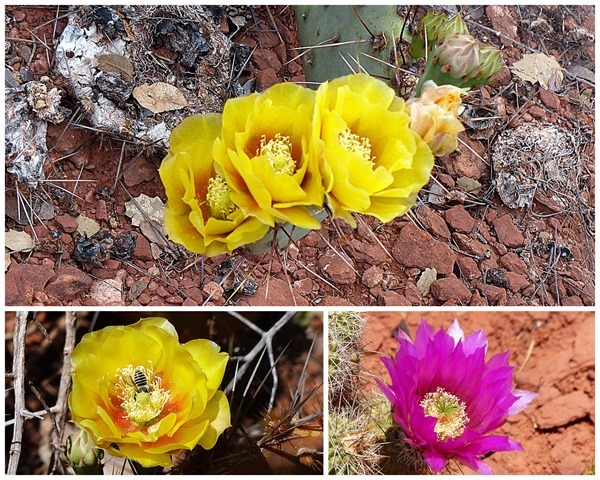 It’s a good climb on the way up to Soldier’s Pass. 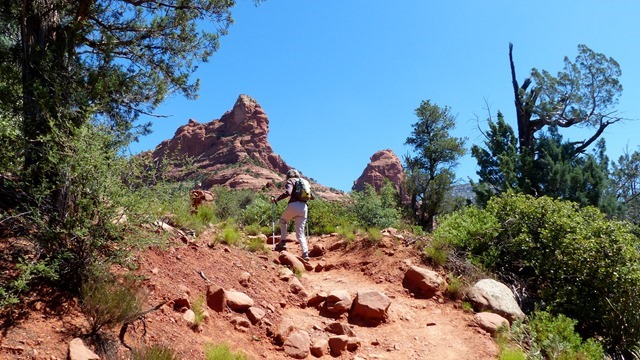 But we stopped so much for photos it wasn’t too bad. 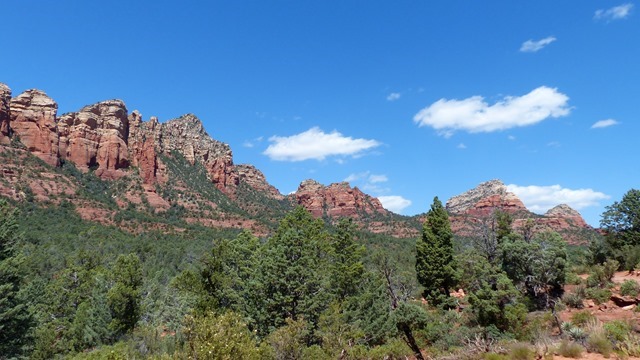 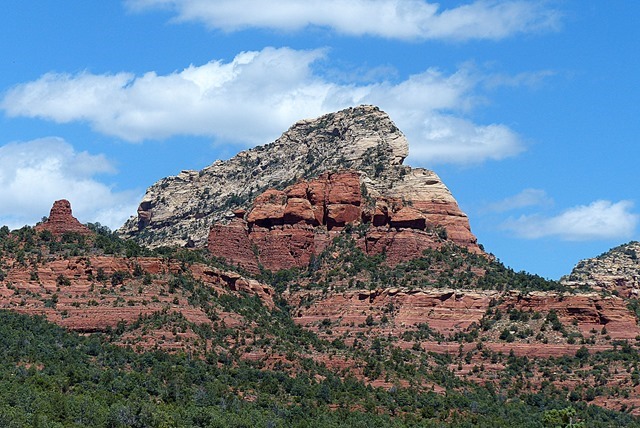 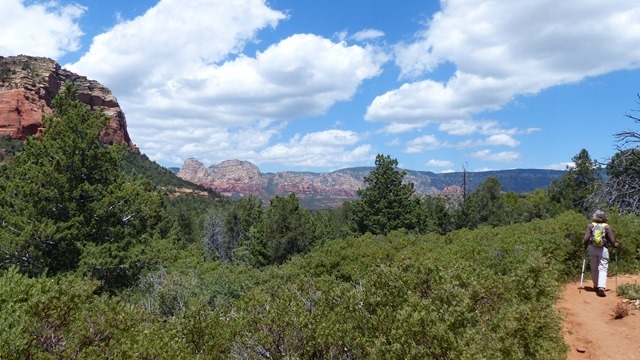 Up on Brin’s Mesa we went off trail to a big rock outcropping and planned to get up on it to see over the other side but the wind nearly blew us down so we changed our minds. 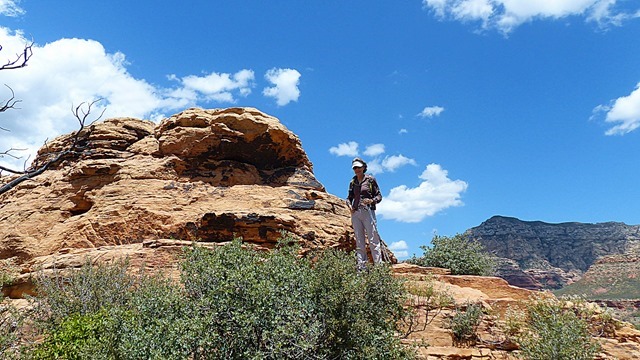 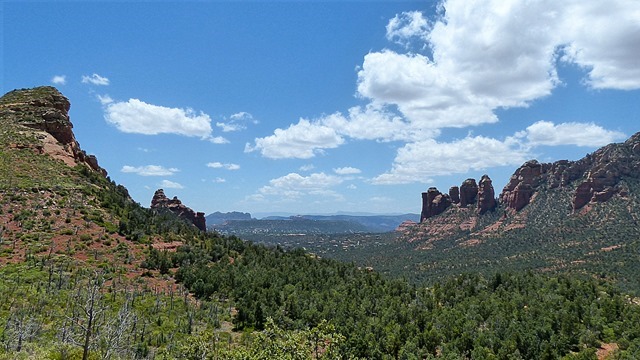 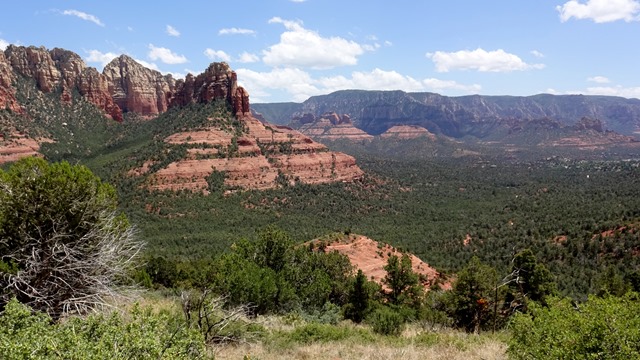 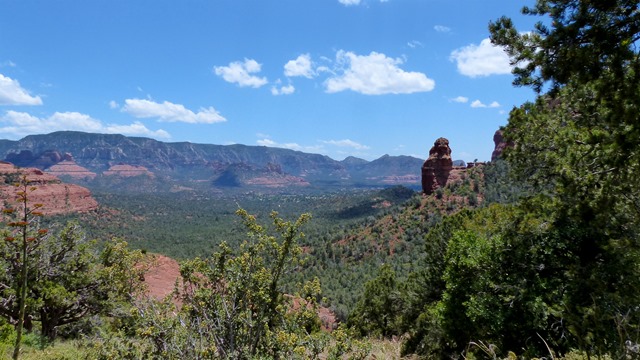 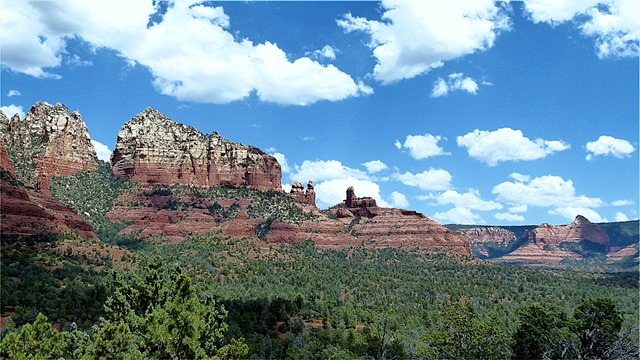 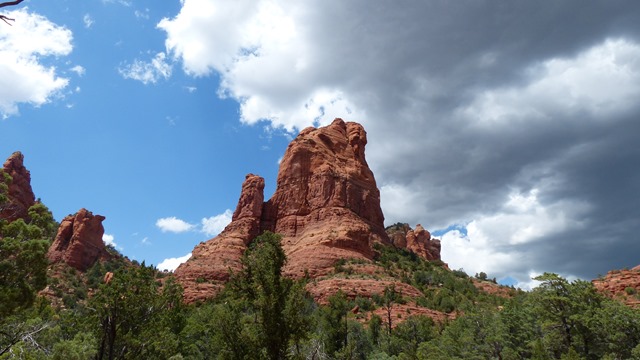 We came across a couple on the trail who told us there was a lizard on a rock up ahead that sat and posed for them. We found it, a very colorful male common or eastern collared lizard, and it was seemingly unafraid of people. 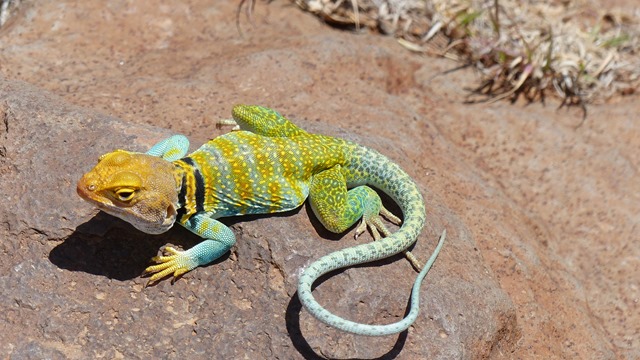 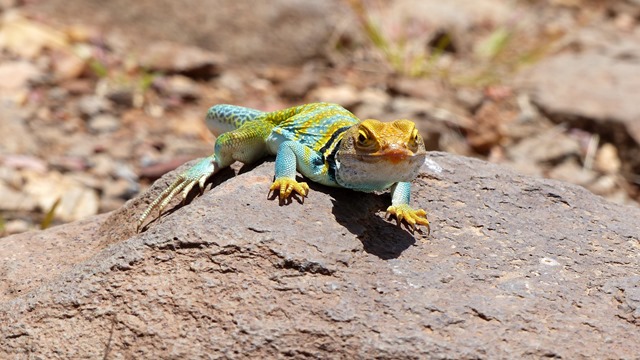 Isn’t he just the cutest thing? 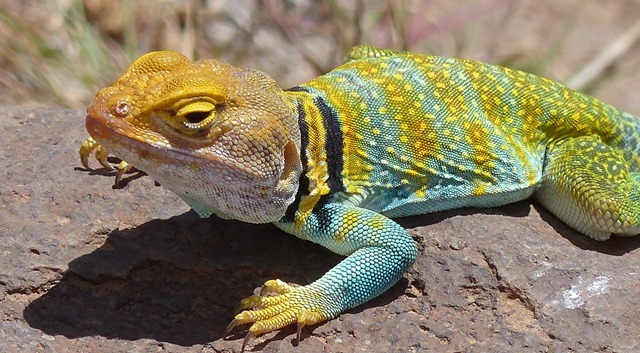 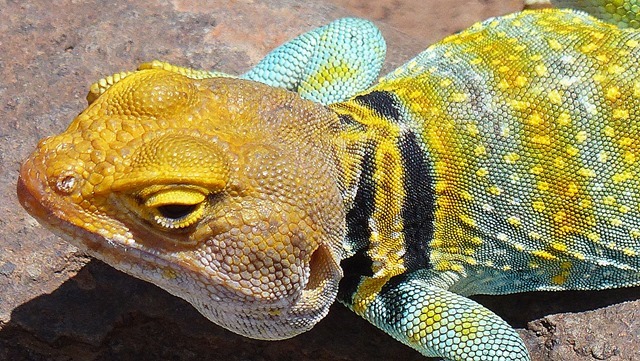 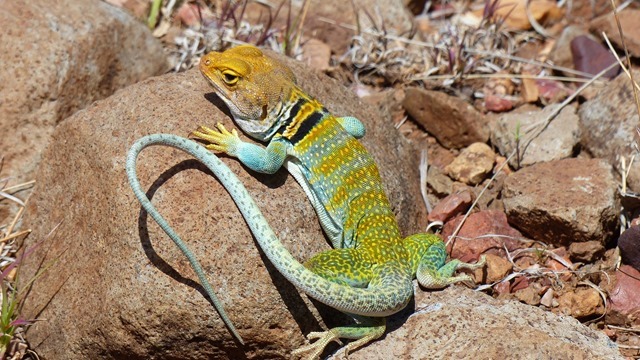 Jim took a bunch of photos and then sat down on a rock next to it. The lizard became curious and hopped off his rock to go and check out Jim’s shoe. I was waiting with my camera for Jim’s reaction if it crawled up his pant leg, but it finally just jumped off the shoe and onto another rock. Although we really loved the scenery on this hike, I think Jim had the most fun playing lizard whisperer. 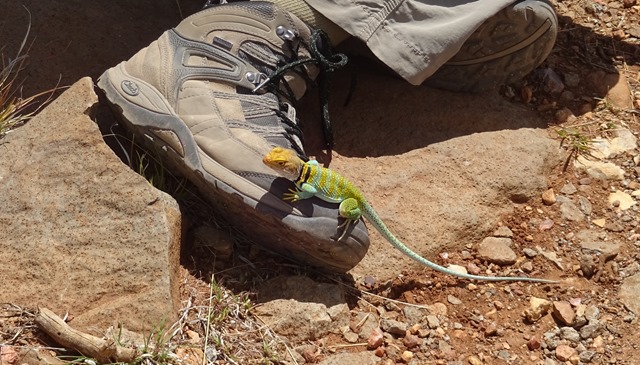 Last night we had an issue with our inverter, so Jim has unplugged it to keep from tripping the breaker again if we turn on the generator. He’s been researching a fix, but I think we’re just going to have to get a new one since we’ve had intermittent problems for awhile and it’s 10 years old. Of course as always seems to be the case, Xantrex doesn’t make the same model anymore so the search is on for one that will fit in the limited space the old one is in. Nothing is ever simple.