With Monday’s forecast looking good, we set out south for 200 miles on Hwy 93 from Lolo, MT to Challis, ID. This was a new route for us and we knew there was a 7,000’ pass to climb, but an employee at the RV park said it wasn’t too bad other than the road being a bit narrow. 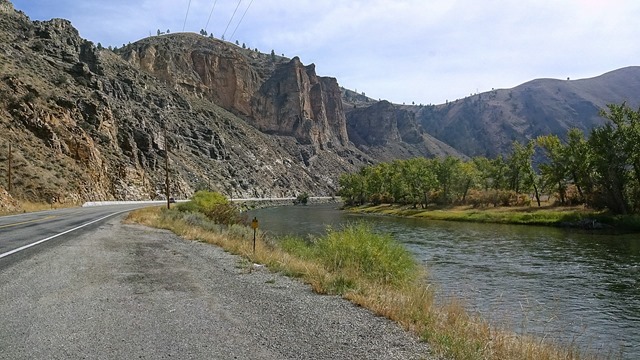 It was a gentle climb up the winding road over Lost Trail Pass, but seemed steeper going down the other side. From the pass near the Montana/Idaho border to Challis the name changes to the Salmon River Scenic Byway as it now follows the Salmon River. 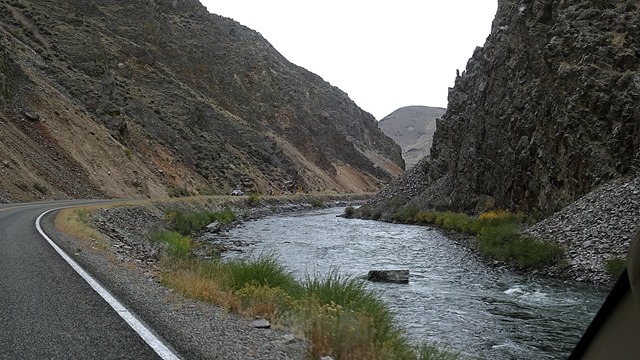 It was a pretty drive with little traffic. 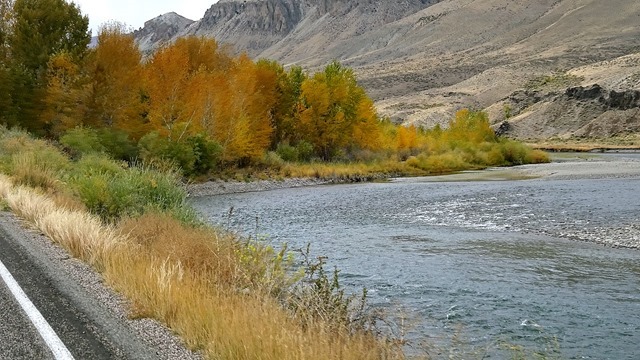 We stopped for the night at Round Valley RV Park in Challis, ID since it was an $18/night Passport America park, and advertised 100’ long sites. We didn’t want to unhook the car if we didn’t have to. 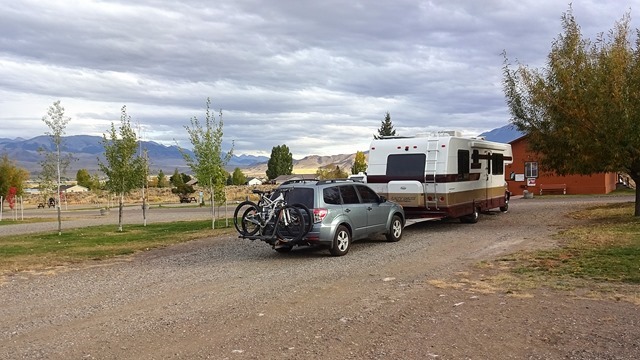 Sites are huge and the showers were great, too. We were able to walk into town from the RV park but did not find Challis very impressive. The River of No Return Brewery is just across the road but is closed on Monday and Tuesday so we didn’t get to try it out, although it gets excellent reviews. 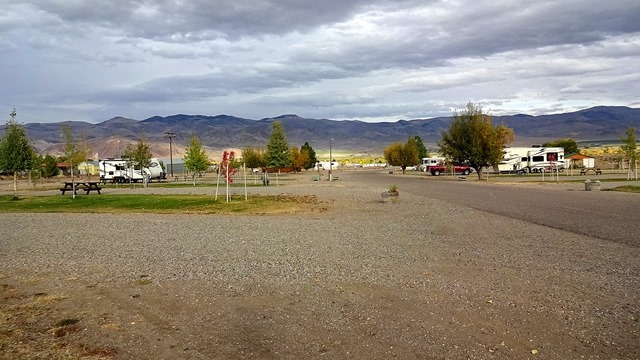 Tuesday we hit the road again for 150 more miles, continuing on 93 to 26 to Pocatello, ID. South of Challis Hwy 93 is still a lovely drive although the road is quite narrow. 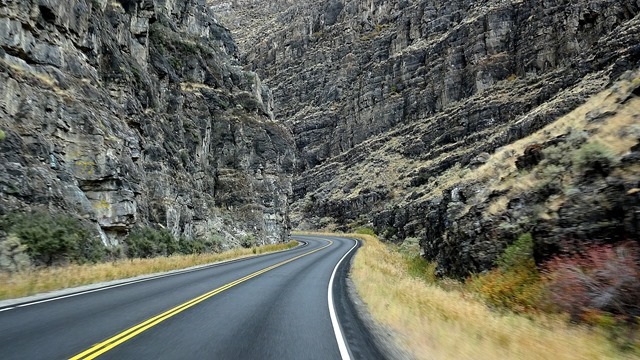 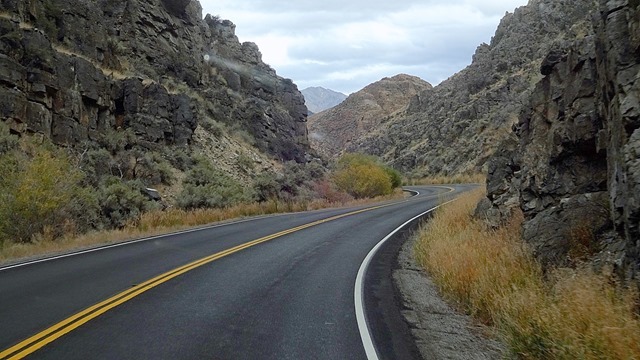 There is a Walmart in Pocatello that allows overnight RV parking but Jim is still gun shy of Walmarts after our bikes were stolen at one, so we found that the Bannock County Fairgrounds has an RV park with water and electric and a dump station for $25. It’s self pay and there are “state of the art” bathrooms, according to the website. We parked on an end site where we had a nice view of the lights of Pocatello after dark. And the showers were good, but nothing special. They are locked and you have to call the fairgrounds office or an after hours number to get the combination. 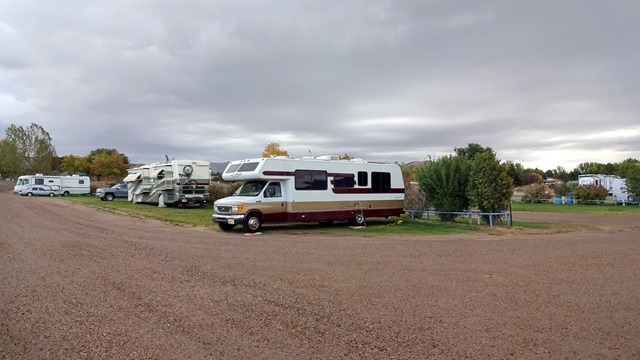 We had hoped to walk along the river and visit a brewery in downtown Pocatello but it was raining and very windy so we just found an Anytime Fitness 2 miles from the fairgrounds, picked up a few groceries, and never made it downtown.

Wouldn’t mind going back there in better weather since we liked the looks of the area. 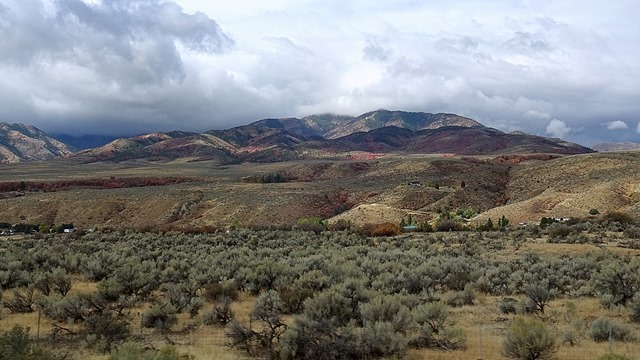 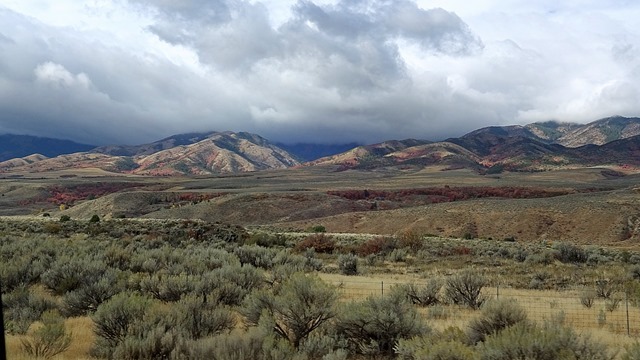 Rain was not predicted until yesterday afternoon, so we made a run for it and drove another 200 miles to Jordanelle State Park near Park City, UT where we’ve stayed a couple times in the past. We managed to make it before the rain, and are staying put for 4 nights. We rarely drive three days in a row and find it tiring to do so.

With rain predicted for the weekend there were quite a few cancellations so we had no trouble getting a site with a little view of the lake and mountains. 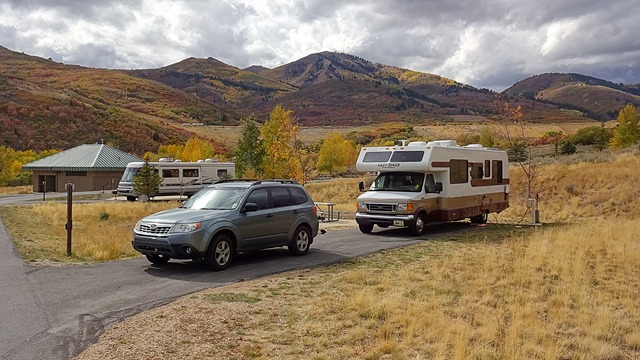 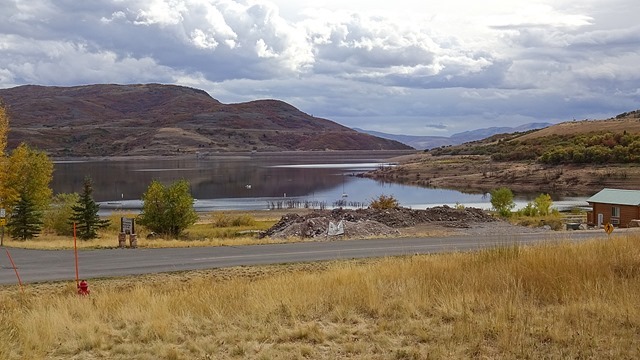 We had a big thunderstorm last night and more is on the way today but tomorrow is looking better so we hope to get out and enjoy the fall colors. If not, it just feels good to be staying in one place for a few days. 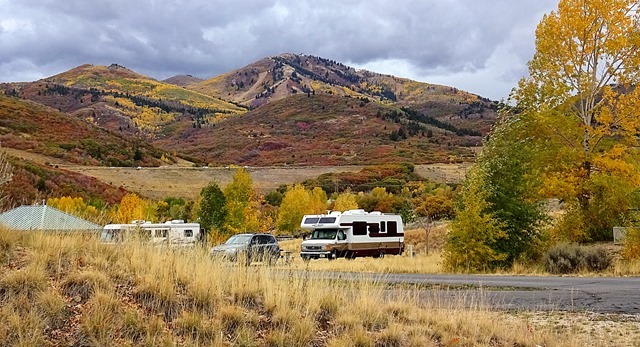 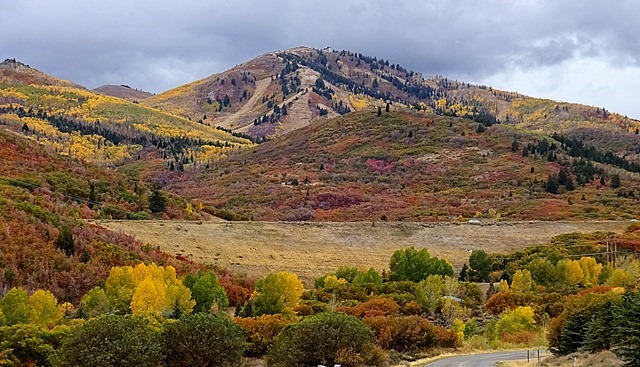