A Week in Missoula 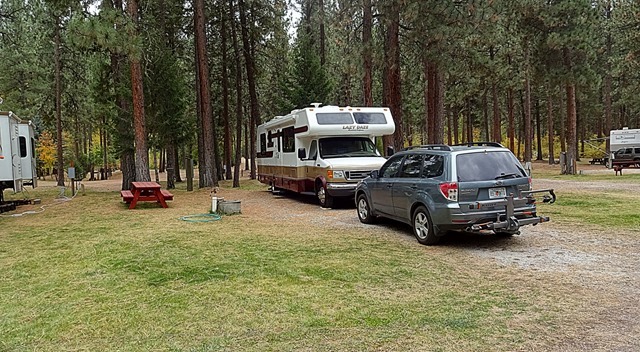 Actually we’re staying in Lolo, MT just south of Missoula at the Square Dance Center and Campground where we spent a week in 2014. Our mail and Amazon packages arrived on time and we were set to leave today but we woke up to rain and 41 degrees and decided to hang around one more night. Tomorrow looks better for our route through Salmon to Challis, ID, which is supposed to be a scenic drive. We’ll see.

It’s been a mix of weather this past week but we did have a few nice days which we took advantage of by doing a couple hikes and a bike ride.

The Rattlesnake National Recreation Area, just north of Missoula, is a great area for hiking and mountain biking. 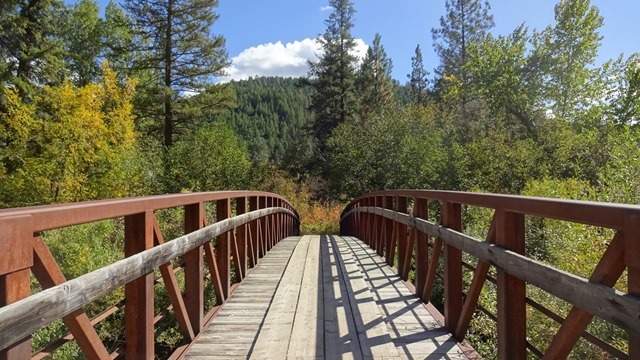 Not being familiar with the area we just took the main trail and detoured off along Rattlesnake Creek on the advice of a friendly jogger, who gave us directions for a couple of loop hikes. We ended up doing a pleasant 6 mile loop with few other people. 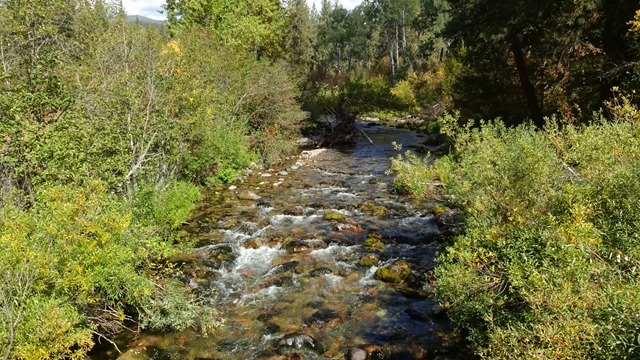 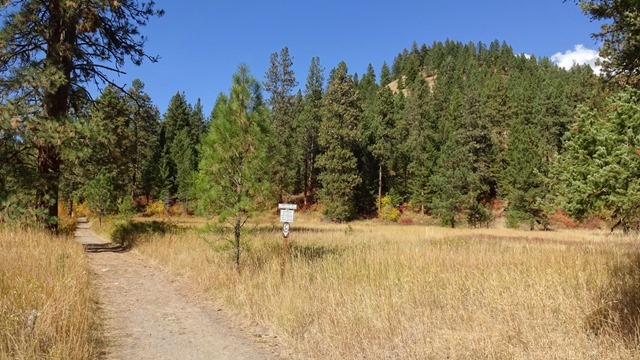 She warned us about bears and we did see some fresh scat full of berries, but as usual we saw none. 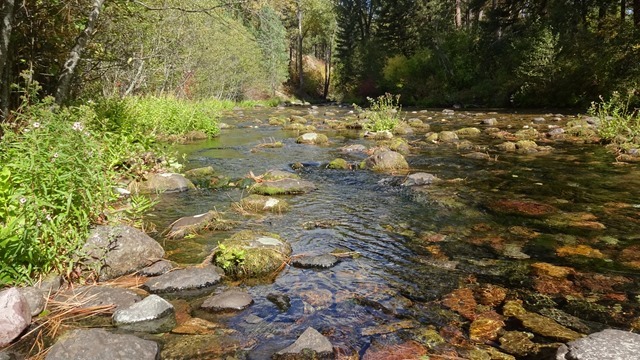 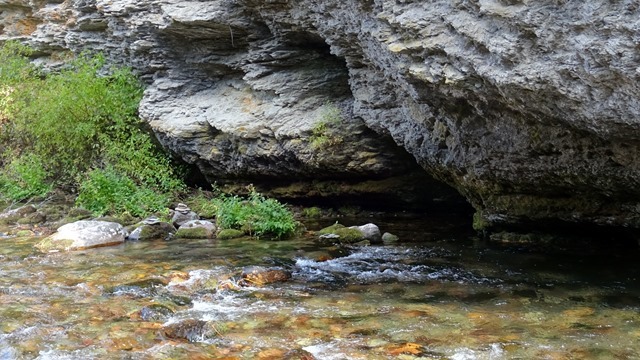 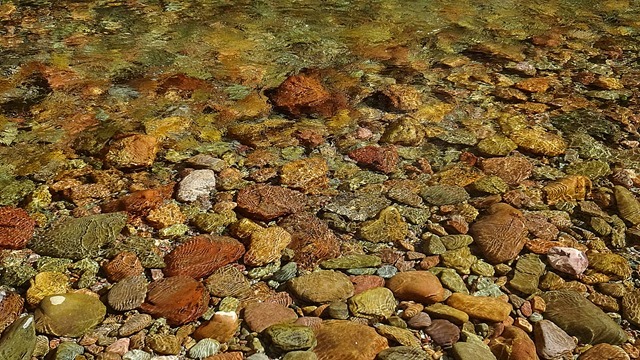 We did another hike close to town in the Pattee Canyon Recreation Area up the Crazy Canyon trail. It’s an old dirt road that climbs to a viewpoint and from there you can continue on to Sentinel Peak, which we did not do. 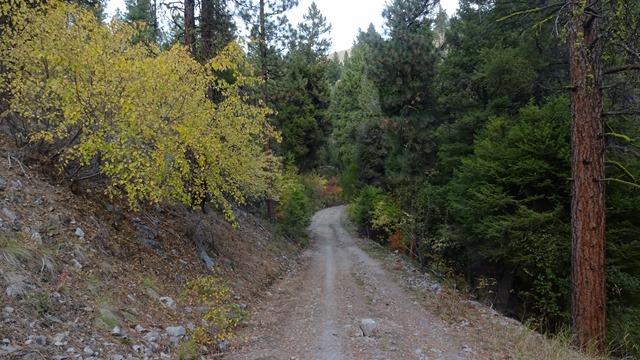 Not much to see but trees on the way up, and it’s over three miles to get to this view of Missoula. 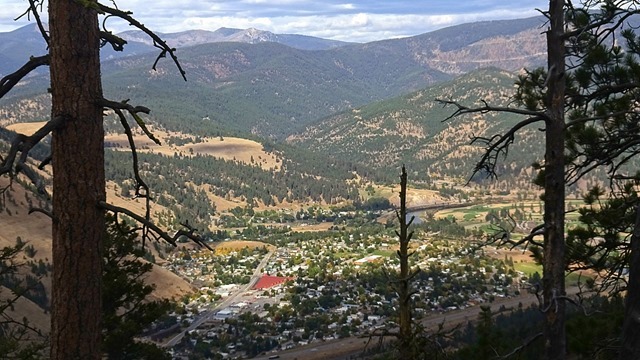 There are trails going off in every direction, but with Jim’s Avenza maps we were able to piece together several different trails to go back down, which of course turned out to be longer and steeper. Missoula reminds us a lot of Prescott, AZ, since they are both surrounded by national forests with miles of trails. 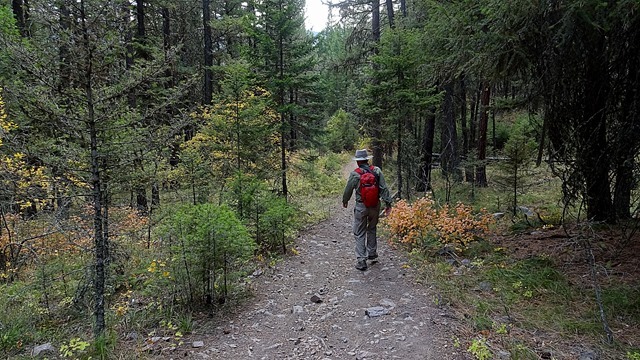 Another day we rode our bikes on the Bitterroot Trail, which runs from Missoula to Hamilton, MT. It’s less than 3 miles to the trail from the RV park, and we rode south towards Hamilton. The downside is the trail runs very close to Hwy 93 so there is a lot of traffic noise.

The scenery is good, though. We actually got off the trail and rode several miles on a parallel road that had low traffic just to get away from the highway. 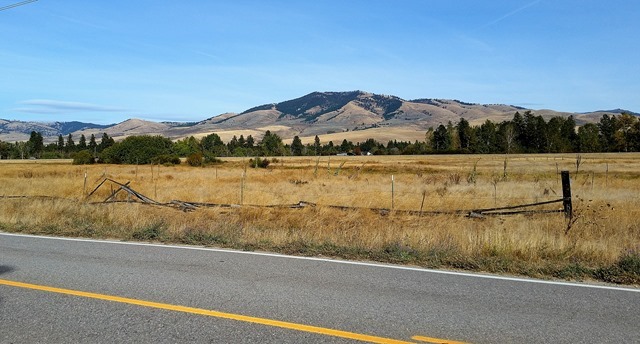 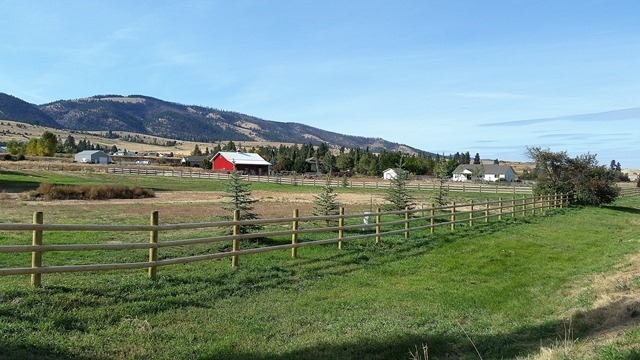 Along the way we met an interesting fellow named Tony Adams who has been cycling around the country on his recumbent trike and trailer for 18 years now. He has quite a set up, with solar panels on the trailer, a bed, a TV, and a one burner propane stove inside.

On the inside panel of the door he keeps track of how many states he’s been to and how many times he’s been to them, how many years he’s traveled, and how many radio, TV and newspaper stories have been written about him. Here is a link to one of them if you’re interested. 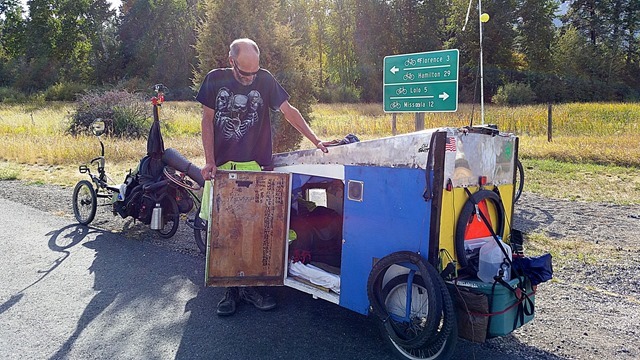 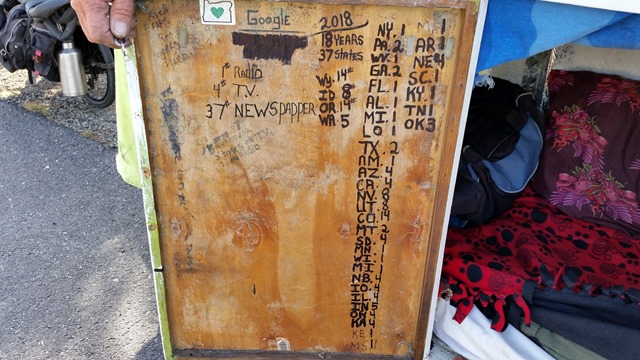 He told us he has a cup of coffee every night right before bed time because it helps him sleep. Interesting guy living a very non-traditional lifestyle. 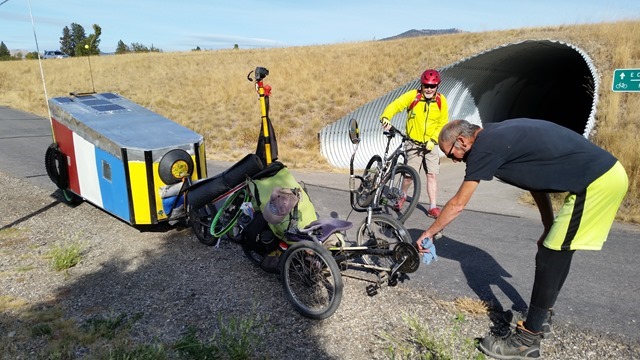 For some reason we only managed to visit two breweries, Lolo Peak, which is not far from the RV park, and Conflux, a new downtown Missoula brewery that just opened in August, and they were both good.

We visited Conflux after a cold, windy walk yesterday along the Clark Fork Riverfront trail. Being just 50 degrees and with near gale force winds it was even worse than our walk along the river in Coeur d’Alene the previous week.

We parked near the Old Milwaukee Train Depot, now home to the Boone and Crockett Club. 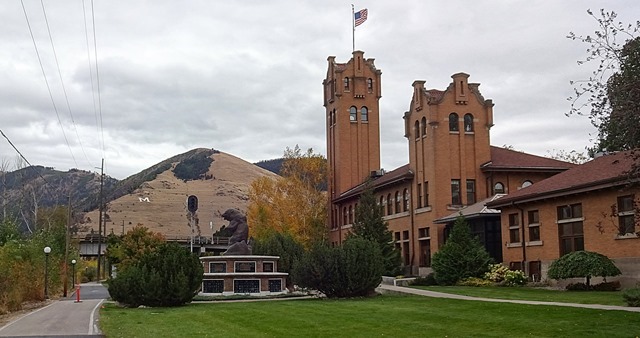 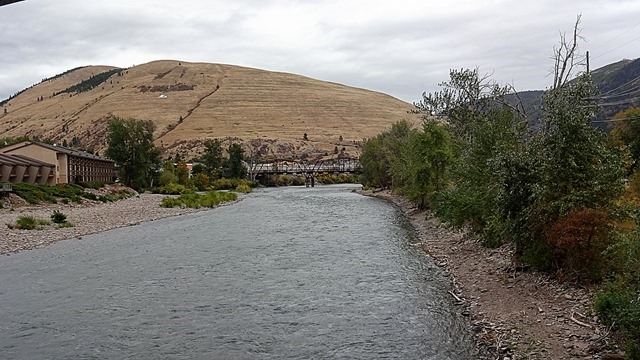 As we got closer to downtown we heard music and could see a big tent so we went to see what was going on. 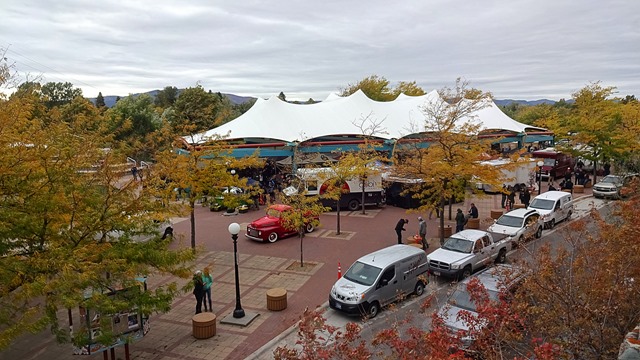 Turned out to be a beer festival, and had it not been $30 a ticket we may have gone in. We felt sorry for the bundled up band who was playing on an outdoor stage with only a handful of people sitting out to listen. 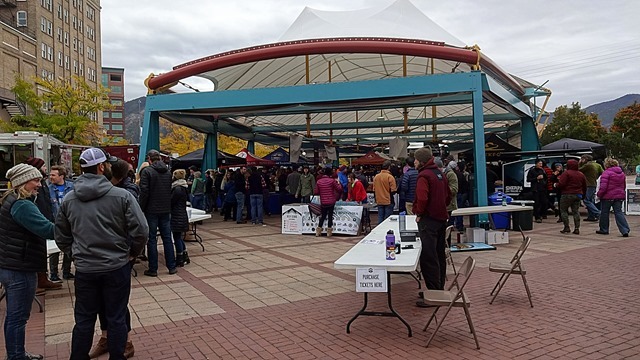 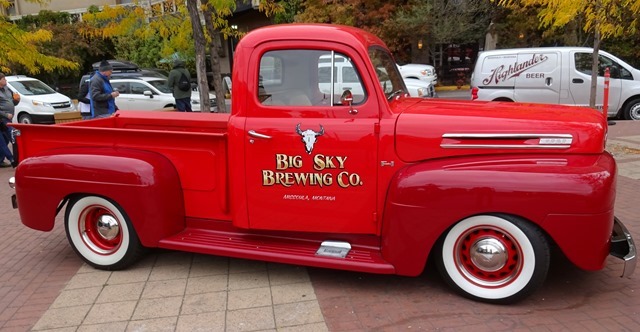 Conflux was very busy and we got the last two seats at the bar. Could be because they only charge $4 for a pint, and that was not happy hour prices. 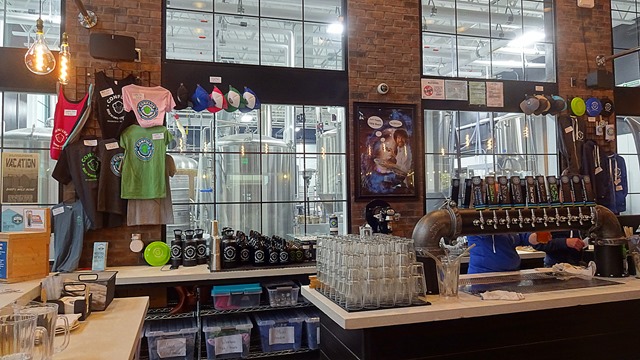 On the days we didn’t hike or bike we worked out at Snap Fitness in Lolo. The manager was very nice and suggested that Jim sign up for a membership, which was free with his Silver Sneakers, and gave him the access card so he can now use any Snap just like he can with Anytime Fitness. And she didn’t charge me to come in as his guest. We were impressed with the equipment, too.

We also did a little RV shopping just for fun. We really like the floor plans of many 5th wheels, but that means getting a big truck to haul it around. Never having driven one, we took a test drive of a 2015 Silverado 3500 4WD. It was much more comfortable than we expected, but felt almost as big to me as driving the Lazy Daze, and that was without a 5th wheel behind it. The search continues.

Tomorrow we’re hoping for warmer weather as we move south but it doesn’t look like we will find it until southern Utah. As long as it doesn’t snow we’ll be fine.