Jim got the new ShurFlo 4008 water pump installed yesterday, and so far it is working great and is giving us plenty of water pressure. It is much smaller and lighter than the 5.7, we suspect due to the fact that it is not a variable speed pump. 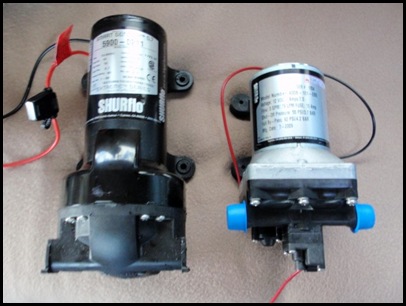 We’re also hoping the unreliability of the 5.7 is related to the complexity of the variable speed feature, and this new pump is a simpler design. The ShurFlo rep Jim has been dealing with said they have sent out about 500 of these so far and don’t seem to be having any issues with them. He wants us to report back later with how it is working for us. Pretty good customer service, and they don’t even want us to send the defective one back.

We have been having some unseasonably warm and dry weather, but I think it has come to an end. It rained a little last night, and more is projected for today. Our high is only going to be 60 today, much cooler than it’s been. October may be a long month here if we don’t see much sun, but maybe we’ll get lucky.

Hiked the Eagle Creek trail again to Punchbowl Falls yesterday. We did the same hike in early August but forgot how beautiful it was. Jim got better pictures this time, and we didn’t have the crowds of people on the trail we had the first time. 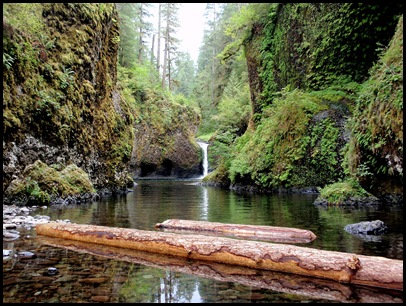 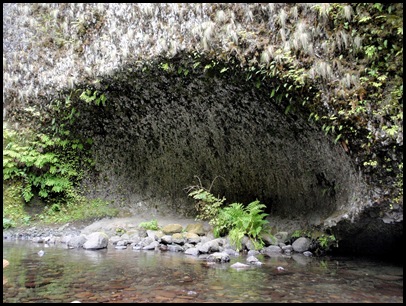 I finally got a picture of Debbie in her vest. Tried to get a candid shot as she got out of the car, but I think she saw me. 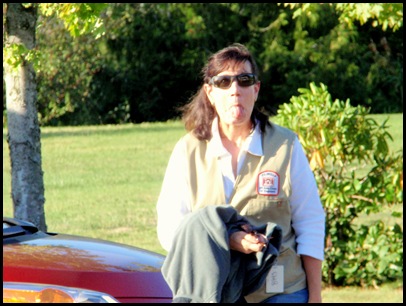 Here is a better one, after I got her to pose in front of her pretty red Lazy Daze. 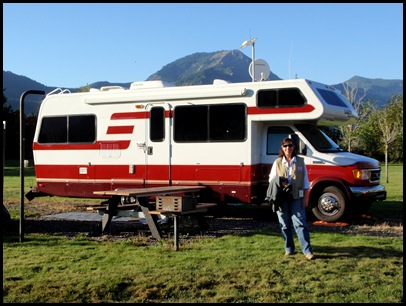