Hanging Out in Port “A” 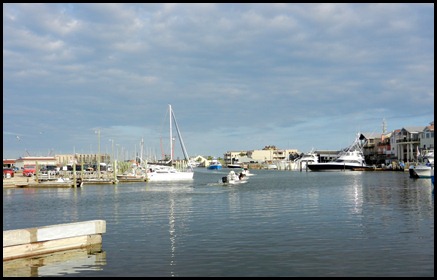 Port Aransas began as a small fishing village but soon became a major seaport and tourist destination. Port “A” takes up the northern 8 miles of the 18 mile long Mustang Island, and Mustang Island State Park takes up the southern 5 miles. It’s a nice place to spend some time, a very laid back beach community but not overly built up.

We spent one day riding our bikes around town and stopping at several of the bird watching areas. Most of the wetlands are dry because of the drought this year, so there wasn’t much to see. There is a permanent pond at the Leonabell Turnbull Birding Center, though, so we got to see lots of ducks. There are two alligators that live there but they were hiding. 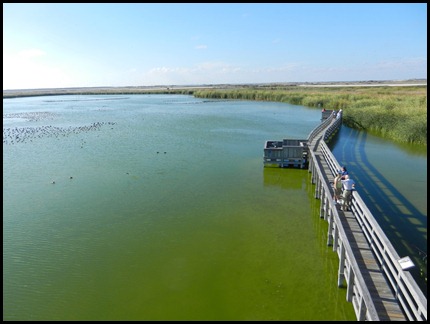 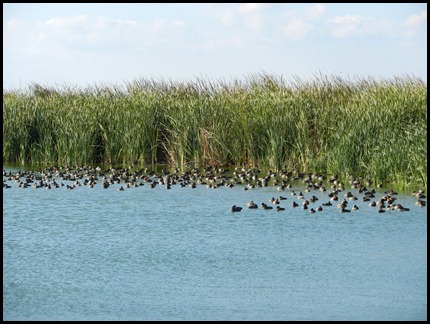 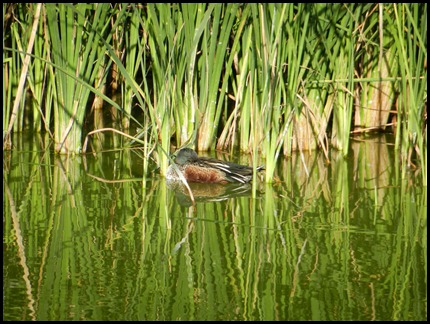 We’ve seen more birds in the pond behind the campground and at the University of Texas Wetlands Management Center adjacent to the park. 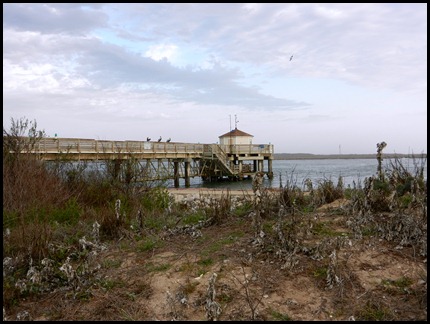 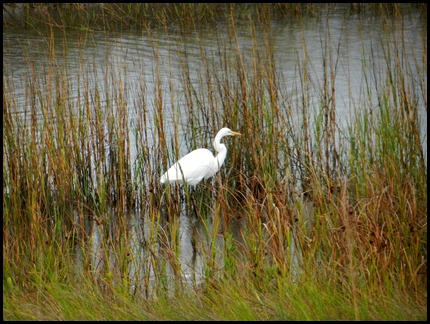 Another day we walked into town to sit by the channel and watch the ships and dolphins. Not a single ship came by while we were there but we did see some dolphins. The nice thing is we can see the tops of the big ships going by from our site, since we are facing the channel. 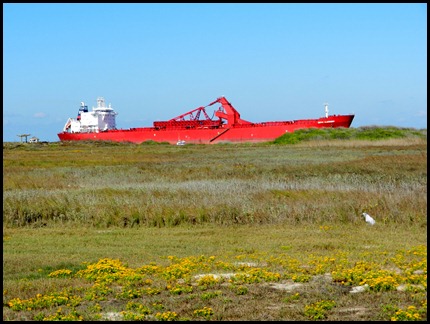 Yesterday we needed some groceries and decided to go to Corpus Christi to shop and visit the South Texas Botanical Gardens. It was a bit disappointing, again mostly because of the drought, but we saw some beautiful flowers and resident animals. This iguana was especially handsome. 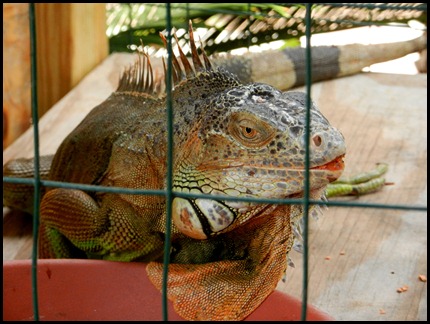 And we enjoyed talking to the birds. 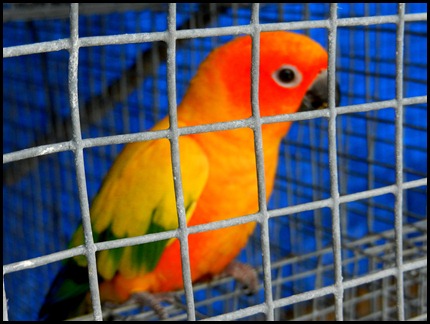 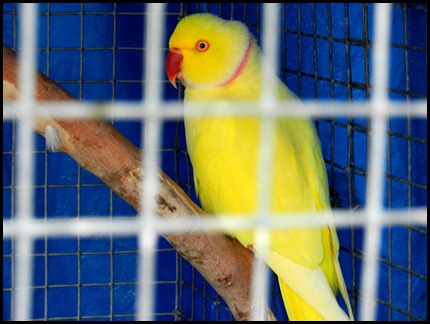 And speaking of birds, today we braved the wind and cold temperatures (it barely got to 60 with 30mph winds) and went for a short walk. These guys were patiently waiting to catch the slow drip from the water faucet. 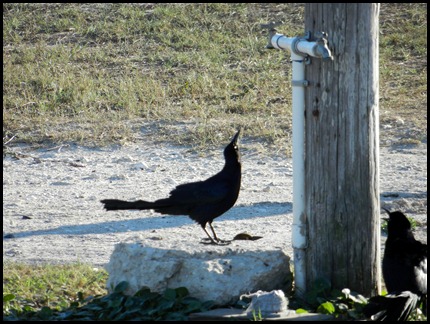 It’s supposed to get in the 30s tonight, and low 60s tomorrow. Quite a change from our first few days here in the 80’s.