The other day we took a short drive to the town of Hidalgo, along the Mexican border, to visit the Hidalgo Pump House Museum and World Birding Center. 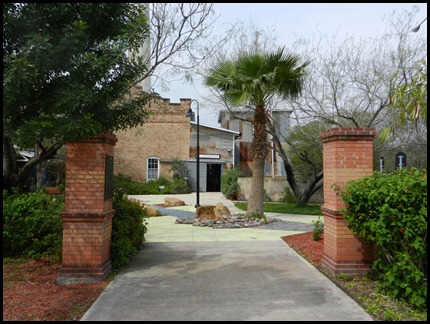 I had read that some Monk parakeets had been hanging out there the past couple weeks, and thought it would be fun to see our first parakeets in the wild. The grounds are small but nicely landscaped with flowering plants to attract birds and butterflies. There is no fee to enter the gardens but it was $2 to take a tour of the old pumphouse museum.

This steam-powered pumphouse was built along the Rio Grande in 1909 to pump water into the Rio Grande Valley for crop irrigation. The engineering was quite impressive for it’s time. The city of Hidalgo has done a nice job of restoring it and gives daily tours. 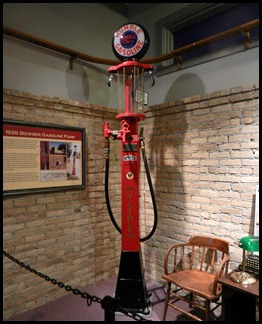 One of the steam engines. They were originally powered by mesquite wood, then crude oil, then natural gas. 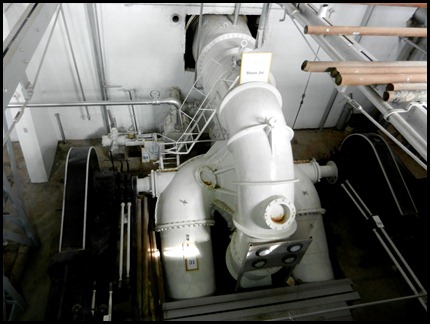 One interesting tidbit we learned was that a major flood in 1933 changed the course of the Rio Grande and moved the river a half mile from the pumphouse. That meant having to dig a channel to bring in water to the intake pipes. Guess that’s why It was replaced by an electric powered pumphouse on the river not long after the flood and shut down.

We didn’t see many birds on the grounds but did run into our neighbors, Tom and Carol, who are serious birders. They told us where the Monk parakeets were building a nest, just a couple blocks away on top of a transformer.

Here is one of them working hard at getting the nest just right. 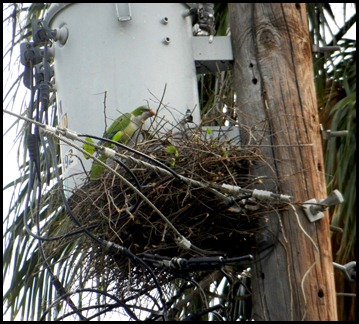 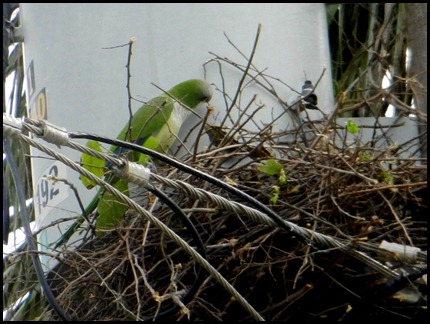 It seemed like a strange place to build a nest, but the house it was in front of had a pile of twigs and branches sitting out by the street, so they had easy access to some nice building material.