A Columbine flower from the trail. 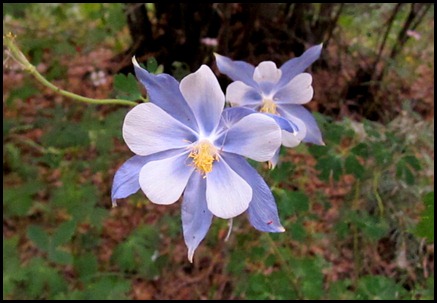 The Columbine campground is located about 5 miles from Questa and 7 miles from Red RIver, NM. When we passed through Red RIver on the way, we were looking forward to going back and exploring what appeared to be a very cute town. Upon closer inspection, it was just another tacky tourist town with a small ski resort. We couldn’t even find a place to eat that served anything vegetarian, unless your idea of vegetarian is fried catfish or refried beans and cheese enchiladas.

We did take a hike there on a forest service road, the Pioneer trail, that started next to the ski resort and passed through old mining country. They have some tubing runs to make a bit of money during the summer but the slope was so tame it looked like they were barely moving down it. 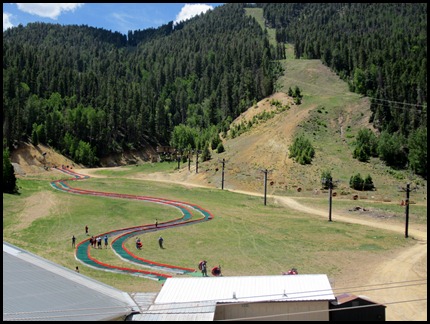 The road ran along a stream and there were some nice boondocking spots, although it got a bit too rough and rocky after a short distance.

One of the so called adventure tour trucks went by us. Not our idea of fun. 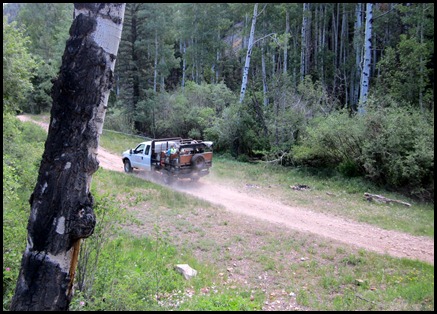 But we got to see some nice rocks. 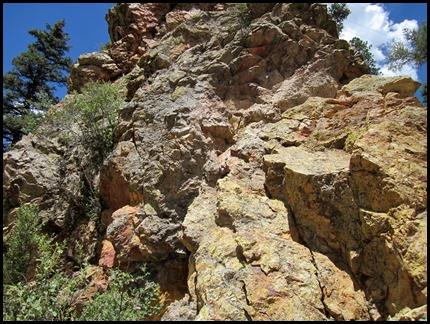 Another day we drove to Questa and then northwest of there to Wild Rivers, a BLM recreation area along the Rio Grande Gorge. This was actually going to be our next spot to camp, and since we were only about 20 miles from there we decided to check it out ahead of time and be sure there were sites we could fit into. 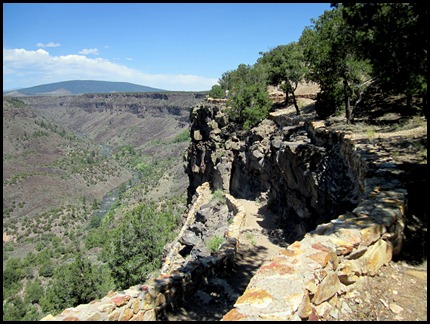 It is quite a spectacular area, and we found several sites overlooking the gorge. A couple problems, though. It was much hotter there since it’s lower in elevation, and we were warned at the visitor center that biting no-see-um bugs had arrived about a week before and would last about 3 weeks. We took a couple short hikes to take in the views, and decided we’d come back in late September on our way back through New Mexico.

One of the trails to the river. There are miles of hiking trails but no shade. 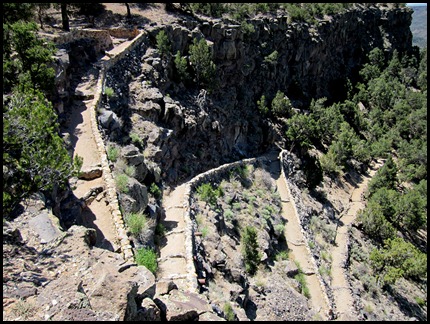 We took several hikes from the campground on the Columbine trail. It leads to several other trails and follows the creek. It is a beautiful trail, with the constant sound of rushing water, mostly shaded except for a few open meadows. On Saturdays a local guide leads a hike up the trail with llamas carrying supplies. They only went 2 miles and stopped to set up lunch for the group. Our new friend Barbara in the old VW told us he is an excellent naturalist and a wealth of information about the area, so it might be a good learning experience, but much too slow of a hike for our taste. We never did find out how much he charges.

It was fun seeing the llamas and he told us we could pet them as we walked by. 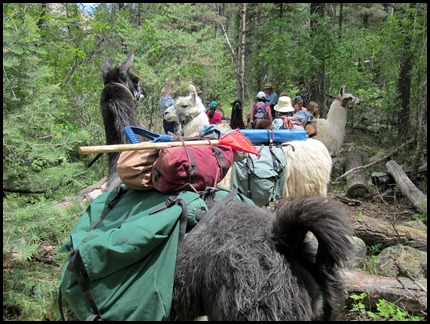 We passed them again relaxing in the meadow at their lunch break. They are very cute. 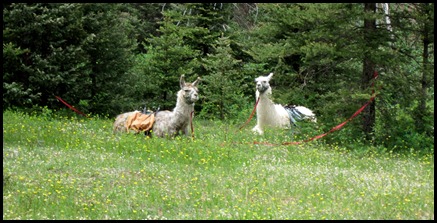 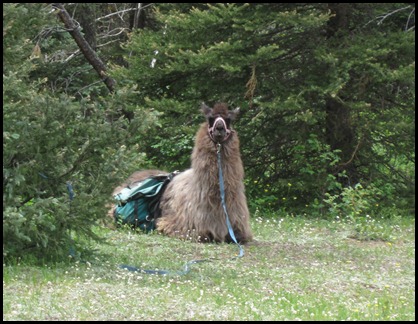 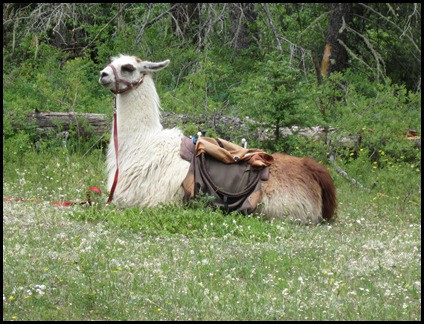 Someone we met on the trail pointed out there was an old gold mine, which we would have missed. We didn’t have a flashlight so Jim just held the camera in the entrance and used the flash so we could see what was there. 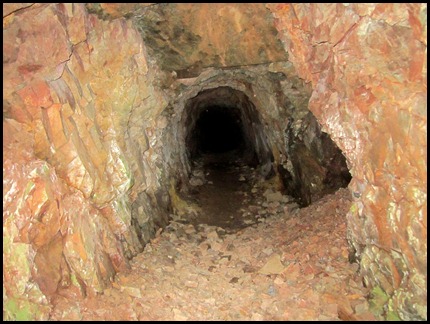 We’ve had a good time exploring the Enchanted Circle and would definitely come back to this area, but have moved on to Heron Lake State Park near Chama, awaiting a few things we’ve ordered. The NM state parks are kind enough to receive UPS and Fed Ex packages for people staying at the parks, so we are taking advantage of it.