The last post left off just before we stopped at this nice spot for lunch. 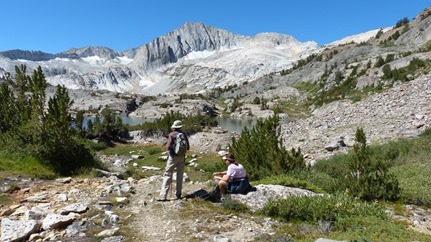 Shamrock Lake, with its peninsulas and islands, was probably our favorite. 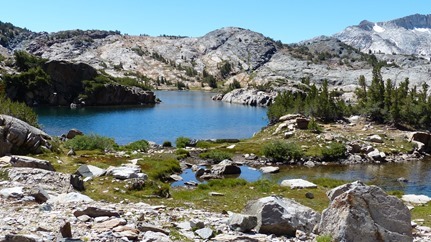 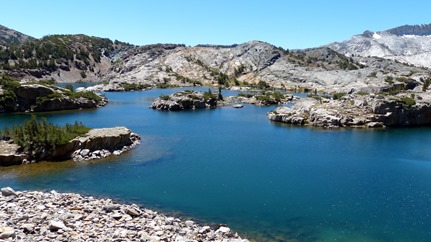 We had a couple of log bridge crossings, this one on the way to Excelsior Lake. It would probably be a much tougher and wetter hike in the spring. 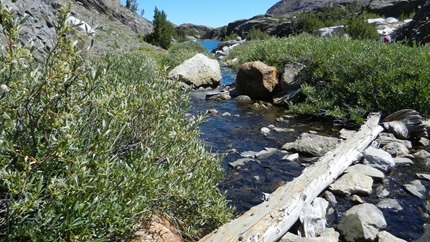 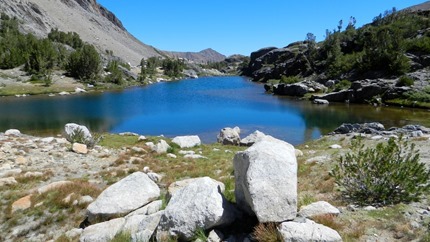 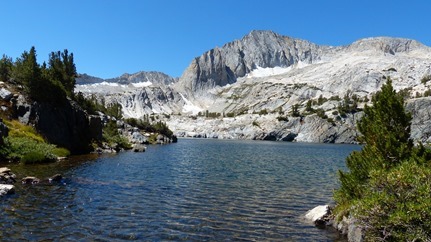 There was a spur trail near here that went to the remains of an old tungsten mine, but we stayed on the main trail. 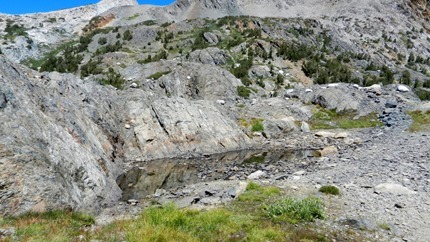 Then an unnamed pond. 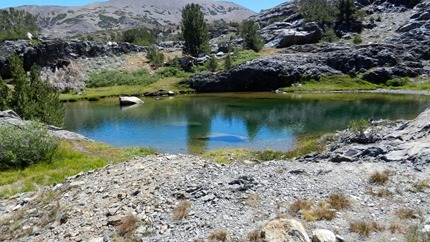 Next up was Steelhead Lake. This one has its own waterfall on the other side, which had a group of people with tents camped nearby. This is a popular backpacking area and I can understand why. We did ask one of them how cold it got the night before. 34 degrees! Hope they have some warm sleeping bags. 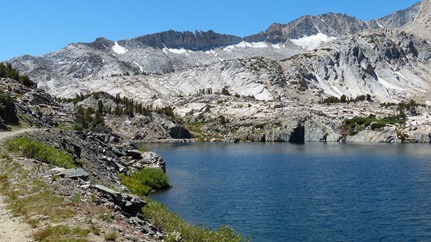 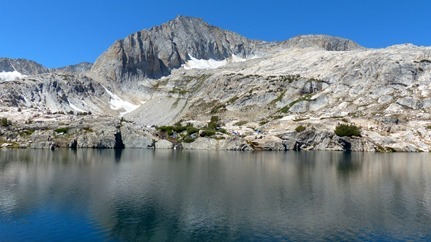 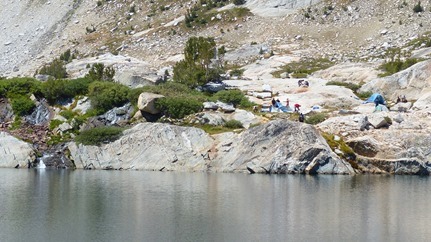 Since we still had plenty of time before our 1:15 boat ride back, we walked down another trail right to the lake. 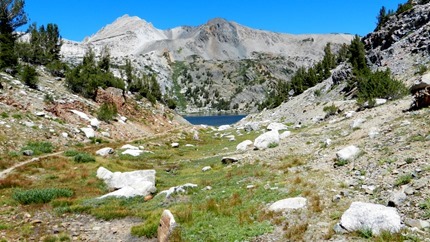 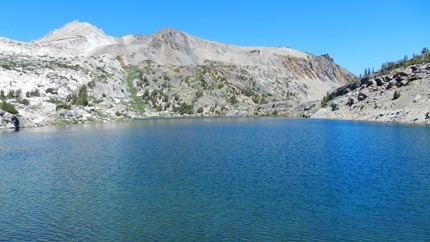 The last portion of the trail was easier since we were walking on the old mine road. 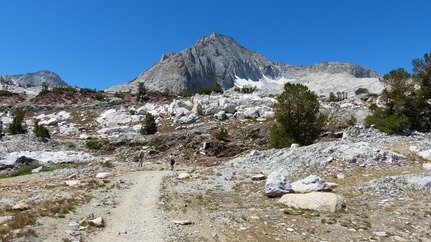 We weren’t finished yet, though, as we still had to pass by Wesco and Greenstone Lakes. Could even see Saddlebag Lake along with the other two at one point. 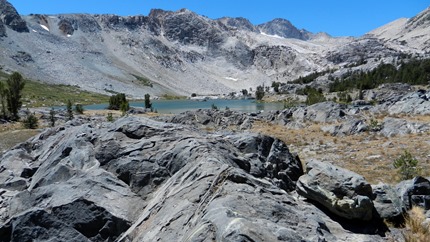 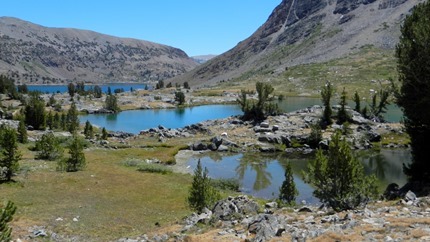 We all agreed, this had to be the most scenic hike we’ve ever done. Plus it is not an extremely difficult trail, although the high elevation makes it seem a bit harder. There are some tough parts walking on rocks and scree, but we ended up hiking almost 6 miles, and felt pretty good at the end. There is no shade anywhere along the trail, but the temperature was only 68 when we got back to the car and it probably doesn’t get much warmer.  If you’re a serious hiker, you can access Lundy Canyon and some other lakes from here. And if you’re really serious you can head to Mt. Conness and climb a glacier. Even if you just want to take a boat ride and a short hike, you won’t be disappointed in the scenery. 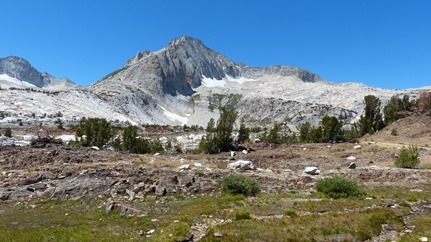 We did this on a weekday and didn’t see too many people until we were almost back to the boat. I suspect summer weekends might be crowded.