Warning: this post has too many photos, but it was so hard to choose which ones to leave out.

The 20 Lakes Basin hike had been recommended by the ranger at the Mono Basin Visitor Center, and by Diana at Life on the Open Road, who said it was one of her favorite hikes. It starts at Saddlebag Lake Resort, little more than a couple old buildings that house a small café and general store. A nice forest service campground is nearby. They rent boats and also operate a water taxi, a pontoon boat that takes you across Saddlebag Lake ($12 round trip). The taxi cuts 3 miles off the hike, so we decided to splurge and make it a “short” 5.5 mile loop instead of the 8.5 mile longer route. We’ve learned that at over 10,000 feet, 5-6 miles is more than enough hike for one day. Plus we wanted to take this one slow, since we knew it would be something special. 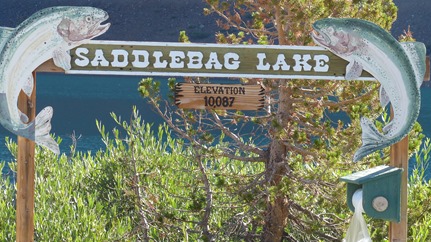 Cemetery in front of the resort. 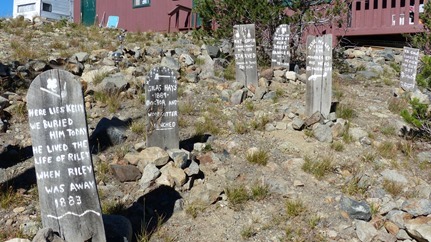 From the boat heading to the trail. The lighter colored peak on the left is Mt. Dana, Yosemite’s second highest peak at 13,061 feet. Won’t be hiking up that one! It was 48 degrees out when we boarded the boat at 9 am. 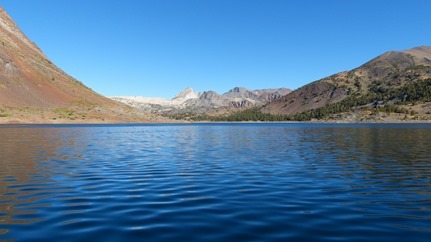 We read that it was best to hike the loop counter clockwise, so that’s what we did. The trail only gains about 300 feet but it’s up and down the entire way. We quickly entered the Hoover Wilderness. 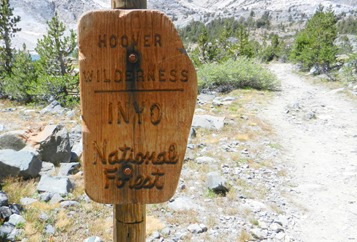 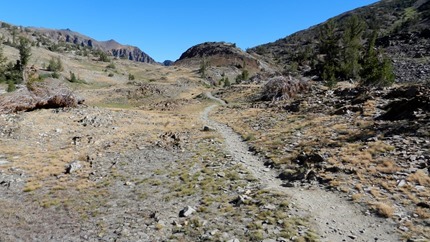 It wasn’t too long before we came to the first of many lakes or ponds. I believe eight of them were named. 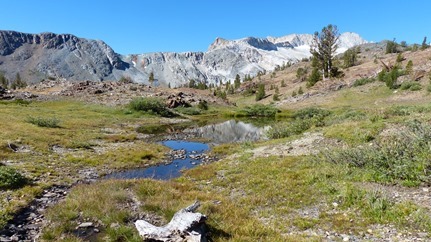 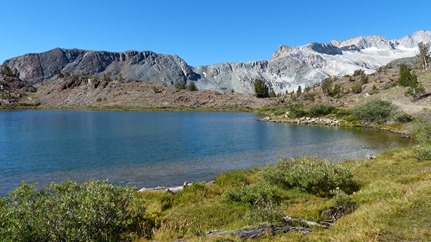 Next up was Odell Lake. 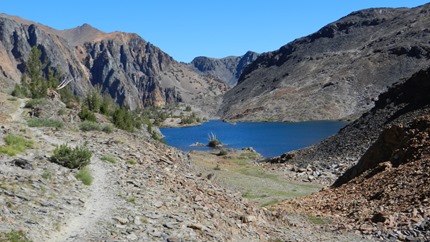 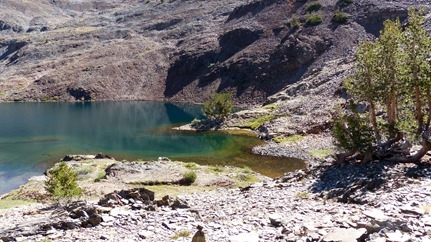 The trail got a bit rockier on the descent to Lake Helen. 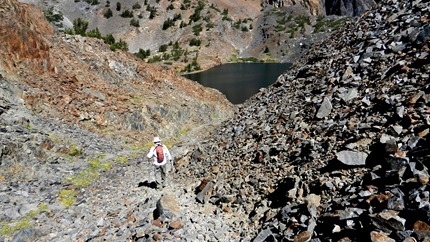 Too bad the flowers were just past their peak. 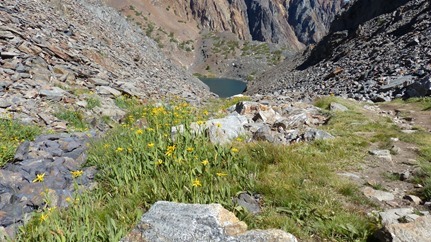 But the colorful lichen made up for it. 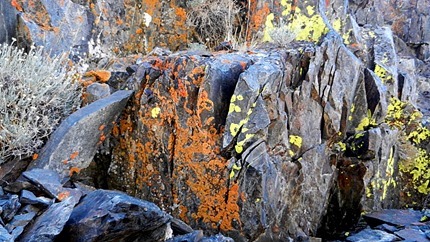 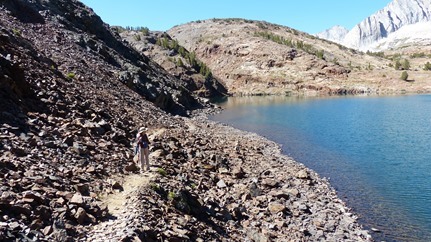 Good views of Conness Glacier, on the boundary of the Inyo National Forest and Yosemite National Park. Although it has lost half its surface area over the last two decades, it‘s still the largest glacier in the Sierra Nevada north of Tioga Pass. 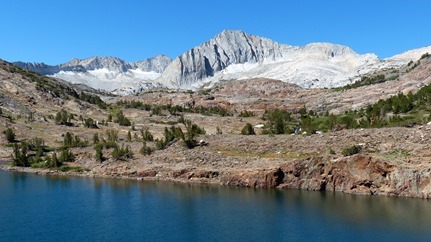 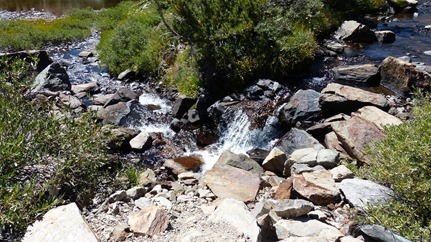 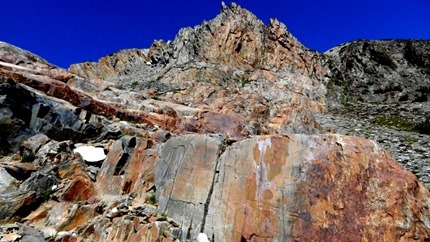 The trail became more difficult to find, crossing over lots of large rocks. We managed to find a few cairns, then finally came to this view of Shamrock Lake, maybe the prettiest one so far. 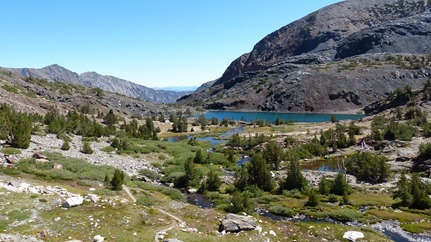 All of this scenery before we stopped for lunch, and at this point I think we had seen a total of five other people on the trail. Hikes don’t get much better than this.