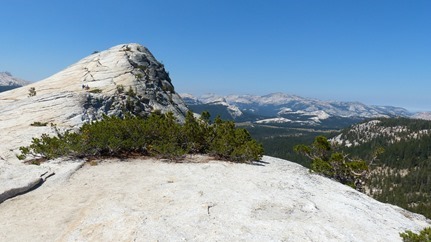 We know we’ll never climb Yosemite’s iconic Half Dome, but after seeing people on top of Lembert Dome in Tuolumne Meadows on our first visit to the park last week, we knew we had to try this one. A relatively short but steep hike, just a little over a mile through the forest, takes you to this granite dome, at 9,450’. The views from the top are truly awe inspiring. 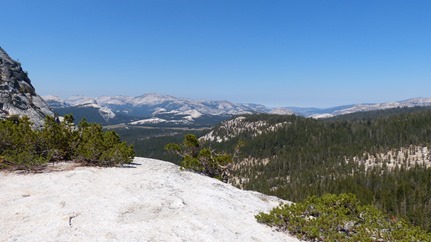 As we emerged from the trees onto the rock, we spoke with a man who was coming back down. He said he had a slight case of acrophobia, and didn’t go all the way to the top. Well, that’s not what I wanted to hear. I was psyched to climb up, and then he got me thinking, which led to the feeling that there was no way I could make it up that steep rock. 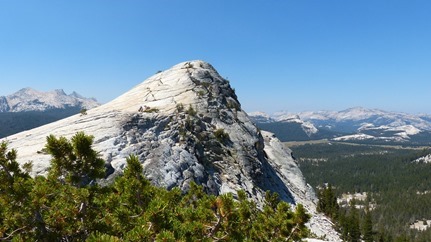 Actually  the getting up isn’t such a problem for me, but it’s that coming back down that sets off a panic attack. 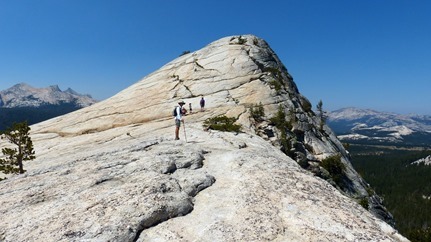 Jim was encouraging me from above. 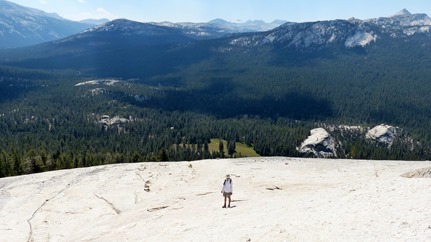 The rock was very grippy, and there were only a few places that required some scrambling. It was only Jim and two young women on the dome when I finally got there, and they took our picture. Don’t we look like a couple of goofy tourists! 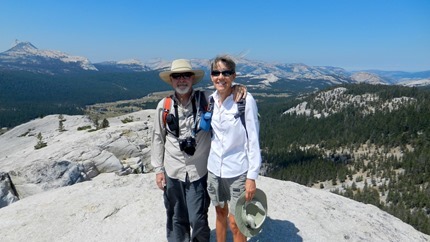 We sat for a long time just looking out at the views of Tuolumne Meadows and the surrounding mountains. 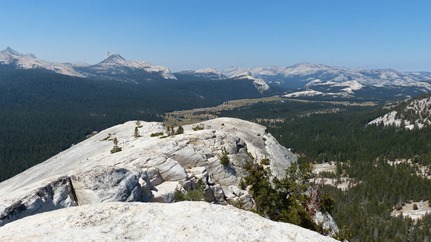 The women told us their boyfriends were climbing up the side of Lembert Dome, and they were going over to watch them. They moved like mountain goats over the rock as we watched them. Wished I felt that confident.

We did see another smooth rock with people on it, and we were getting cold from the strong breeze, so we decided to see if we could get to it, also. It was much easier getting back down Lembert Dome than I thought  it would be. 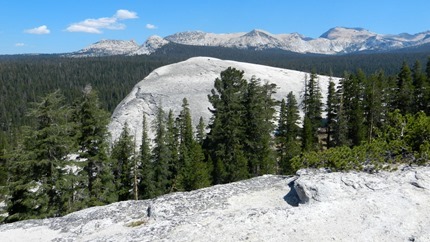 We then found our way up to Dog Dome, a much gentler slope. We could even see the climbers from there.

A nice view of Lembert Dome. 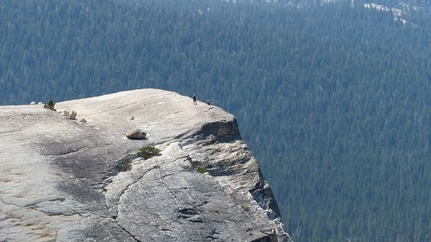 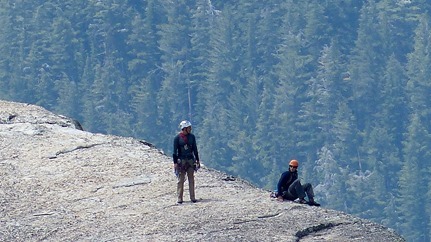 This was our favorite hike in Yosemite so far. We may just have to go back and do this one again. 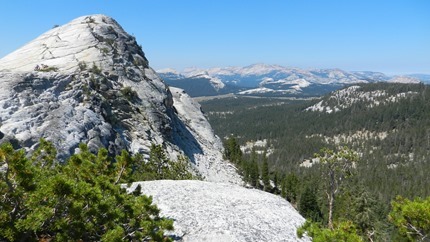