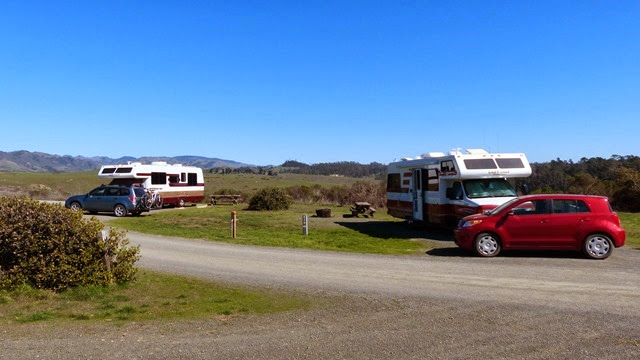 Yesterday we had one of those driving days we like, moving just 33 miles up the coast to Hearst San Simeon State Park. This one is a bargain in terms of California state parks. We are staying in the Washburn Primitive Campground, up the hill a mile from the entrance. The small section we’re in has nicely spaced sites and great views of the surrounding green hills. There are water spigots, vault toilets, and trash and recycling dumpsters, all for the low price of $20/night.

Interestingly I called the park to be sure the dump station was open and was told it was closed, along with the showers and flush toilets, due to the water shortage. There was nothing on the website to indicate that, and it was still open when we got here. Today the Reserve America site states the dump is open but there is no water. Jim just went to the nearby spigot and the water appears to be on. Guess we need to fill some jugs while we still can.

Debbie took this while she was on her roof cleaning the solar panels. 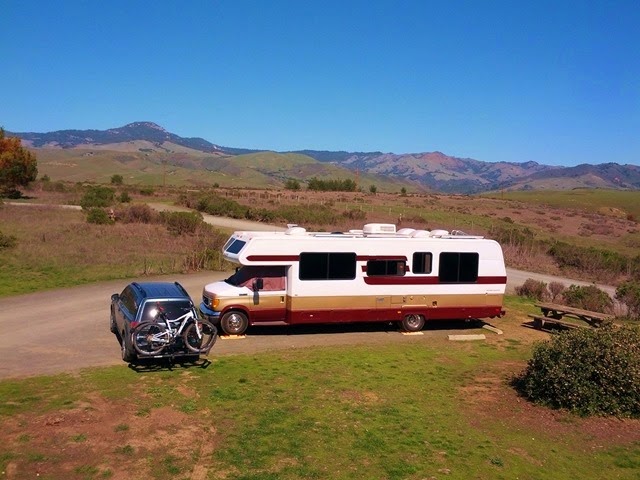 Hiking trails are just across the road, as are horses. And we can even hear the surf. 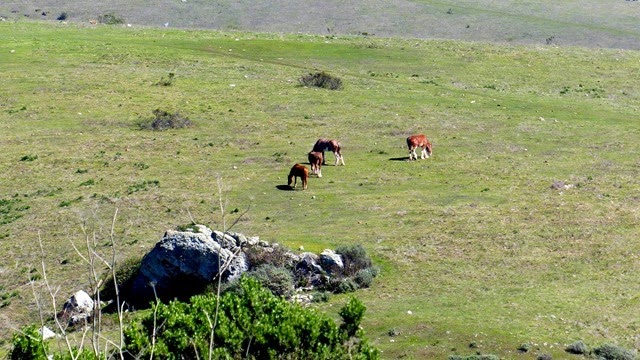 After we got settled we took a ride to check out the elephant seals colony about 8 miles north on Hwy 1. It was some of the best free entertainment we’ve ever seen! You can read more about them here. 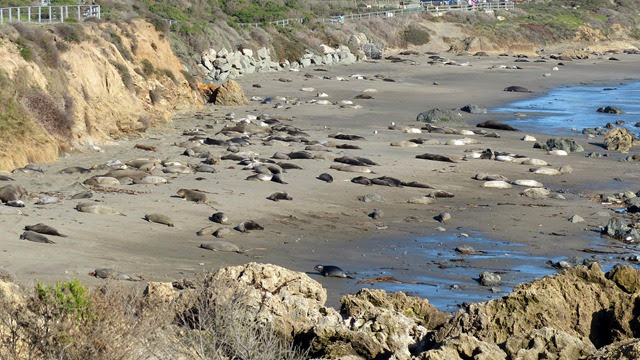 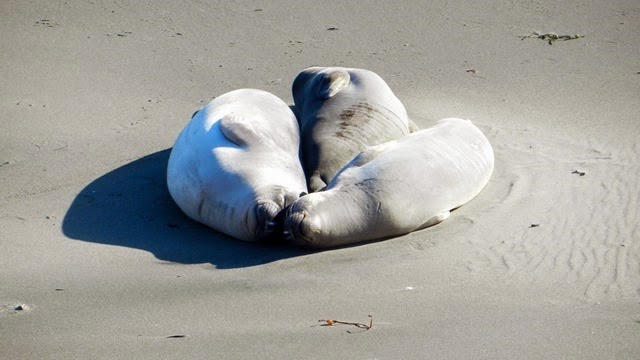 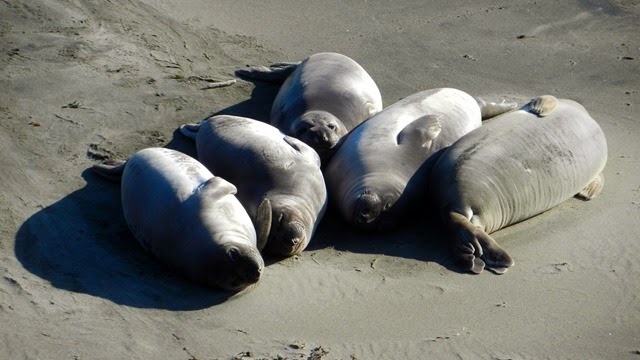 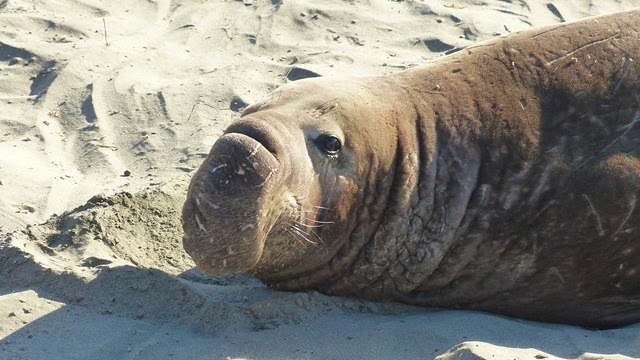 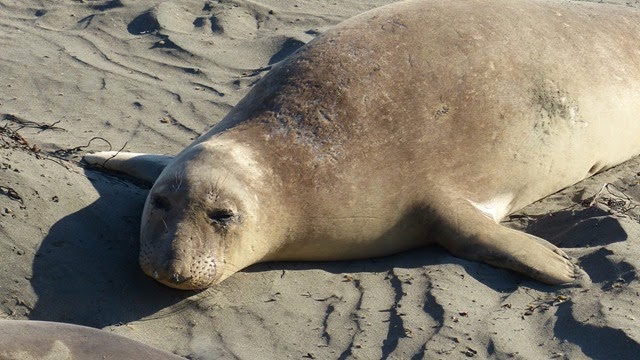 Many of them were resting, but others were coming out of the water, moving around, and trying to mate. They make some very strange sounds.

This male tried a couple different females but they weren’t in the mood and really let him know. 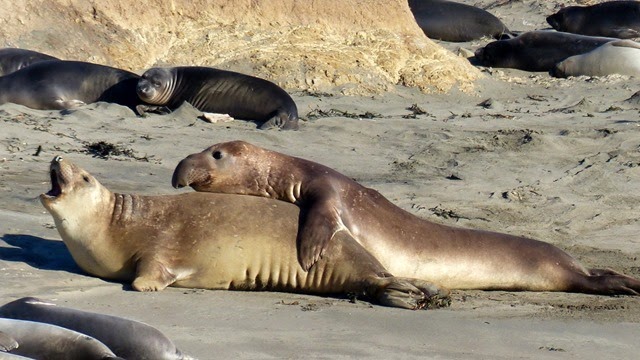 We saw quite a few flipping sand on their backs. Not sure what that is all about. Scratching an itch, maybe? 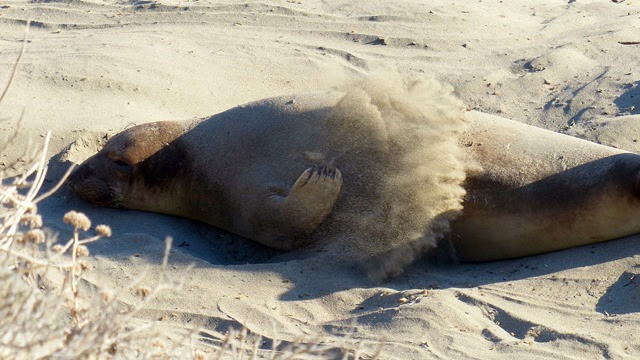 And the views along the trail north of the seal colony weren’t bad, either. I think we’re going to like it here. 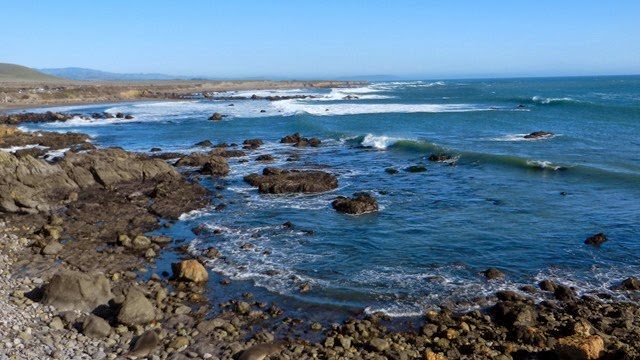 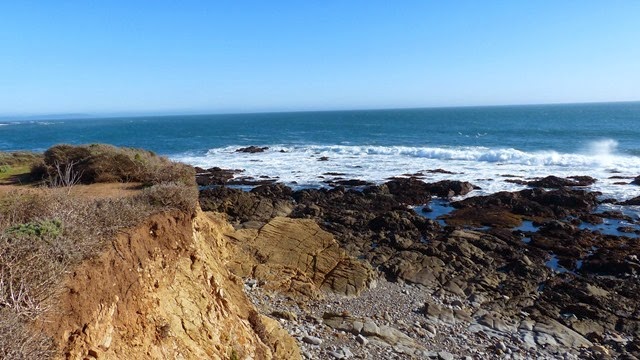