Made It To Morro Bay

From the Morongo Casino it was a little over 300 miles to Morro Bay. Too many miles for a single day’s drive for us, so we stopped for a night in Lancaster, CA at the Antelope Valley Fairgrounds. For an overnight stop it wasn’t bad. $20 for a 30 amp back-in site with full hookups, a real luxury after dry camping in the desert the previous two months.

Our view through the fence. We did some cleaning both inside and out, recharged our water conditioner, and dumped and flushed our tanks really well. 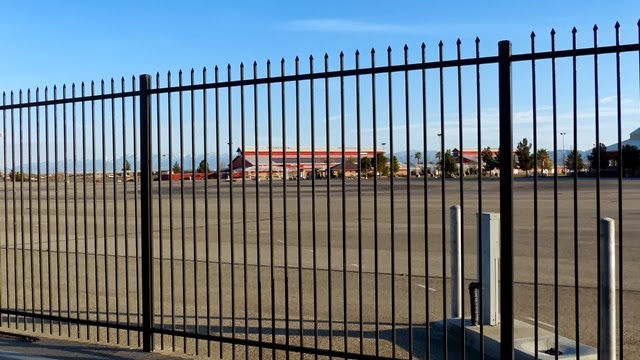 While in Quartzsite we found the See Level rep at the Big Tent, and spoke with her about our black tank sensor not reading accurately. From what we described she didn’t think the sensor was bad but thought our tank had build up and suggested we try using Happy Camper Extreme Cleaner. So we purchased some for $20 from another vendor and yesterday added the powder to both the black and gray tanks, filled them halfway with water, and drove the 200 miles to Morro Bay, where the instructions were to dump again. We were expecting to see something besides clear water come out, but that was all we saw, so we aren’t sure the treatment did any good. Should have just bought a new sensor for $75 and been done with it.

We took a really nice route from Lancaster, on 138 to I-5 for 25 miles or so, then west on Hwy 166, a very scenic lightly traveled road which passes the Carrizo Plain National Monument and ends at the 101, which we took north to Morro Bay. We’ve been pleased that so far in California we’ve managed to avoid bad roads and traffic jams.

We didn’t make reservations at Morro Bay State Park, but there were plenty of sites to choose from when we arrived. Welcome to California State Parks, $35/night for no hookups! Although the Lazy Daze get- together officially starts today, there are already about 15 rigs here, with at least 35 expected. 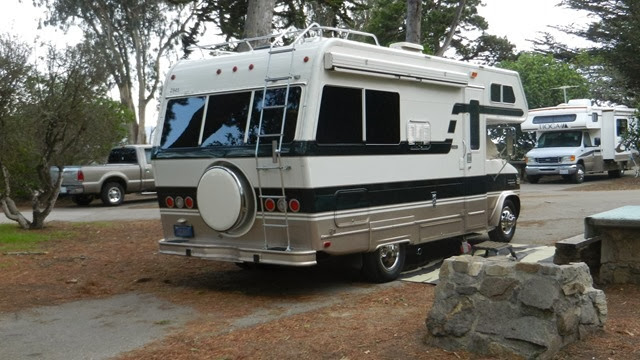 We had time for a short walk yesterday afternoon before happy hour. The state park is right on Morro Bay, and there is a nice trail to the water near the campground. Not too strenuous! 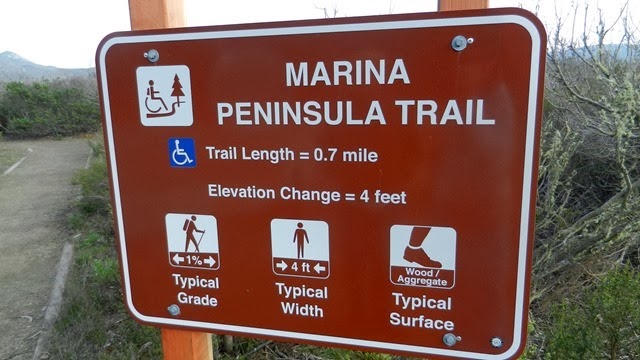 Just as we expected it’s overcast and foggy here. 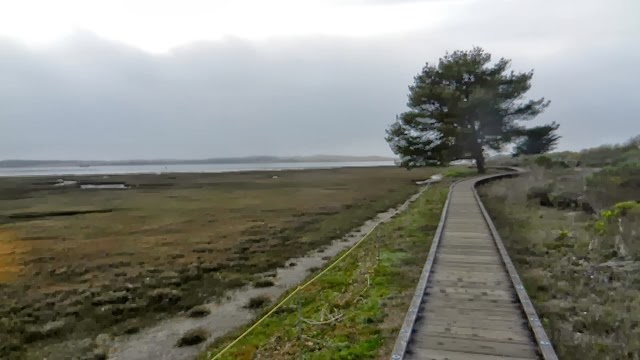 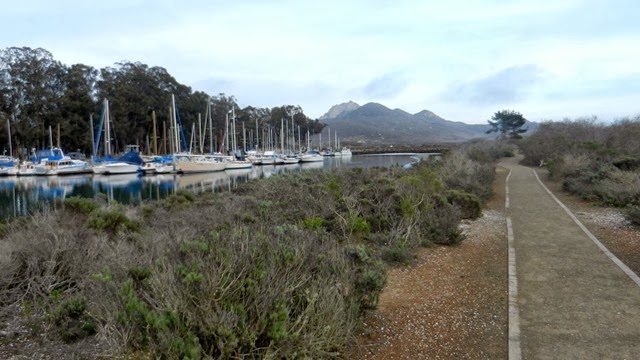 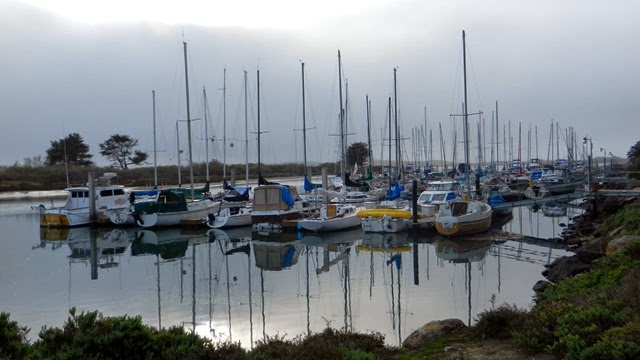 We were told the sun usually comes out for an hour or so, and we’re going to try and time that with a hike up Black Hill today.