We arrived at Quinault Beach Casino in Ocean Shores, WA on Thursday to try to beat the weekend crowd, which we did. Trying to get level was another story, but it seems like every casino parking lot we’ve stayed at is that way. Kimbopolo Kim showed up from Seattle a couple hours after we did and the girls decided to go into the casino and sign up for Club Casino to get our $5 free slot play. It was then we learned that a big motorcycle event, Hog Wild 2014, was taking place this weekend. 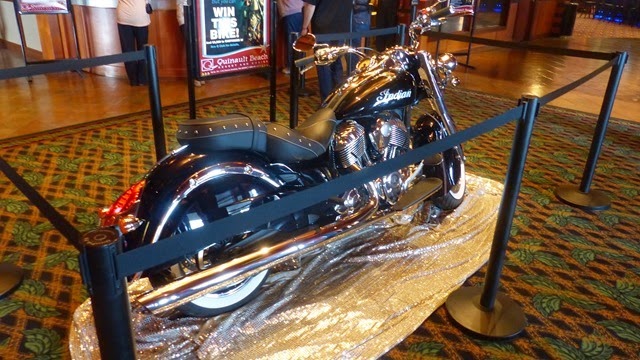 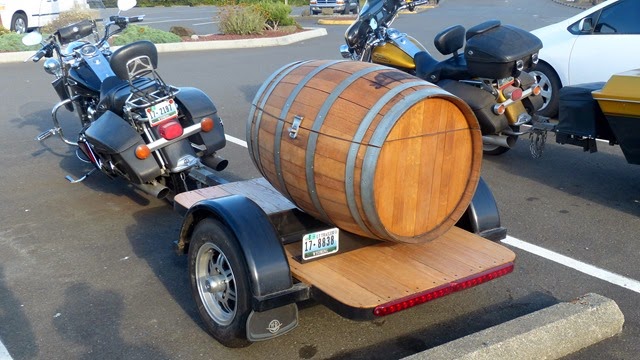 An oversight on our part when we looked at their website, so now what to do? Jim’s immediate reaction was to leave Friday morning, but our next stop is Olympic National Park and we were concerned about getting sites there without reservations on Friday. Also our Iowa friends Chuck and Carla were on their way to meet us here. So we convinced Jim it might be entertaining to stay, and here we still are. For the most part there are very few motorcycles back in the RV lot, and it’s been relatively quiet except for the music. It’s not often we get to open our windows and listen to the sounds of Skynnyn Lynnard!

On a positive note, the weather has been clear and pleasant and we are just a short walk to the beach. 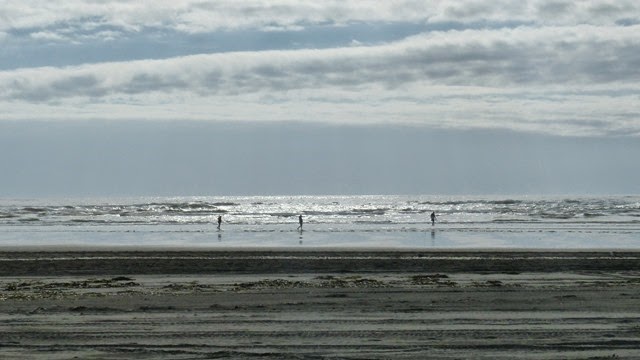 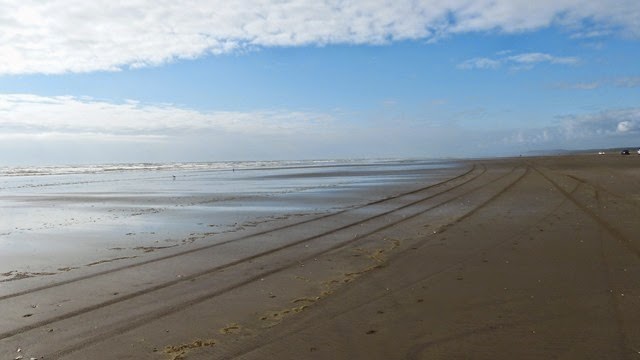 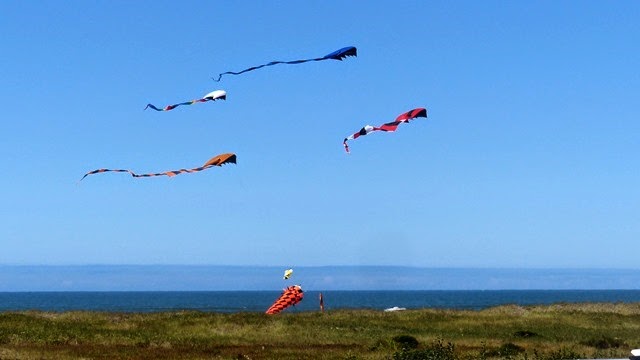 Chuck and Carla arrived yesterday afternoon, and after a walk on the beach we had a fun happy hour catching up.

From left, Chuck, Carla, Debbie, Kim, and Jim, who was in rare form after only the first beer. 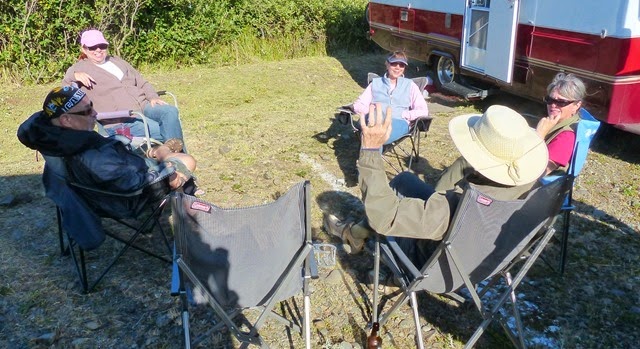 Today we drove over to Damon Point, a peninsula just south of Ocean Shores on Grays Harbor, where we took a four mile hike around the point. 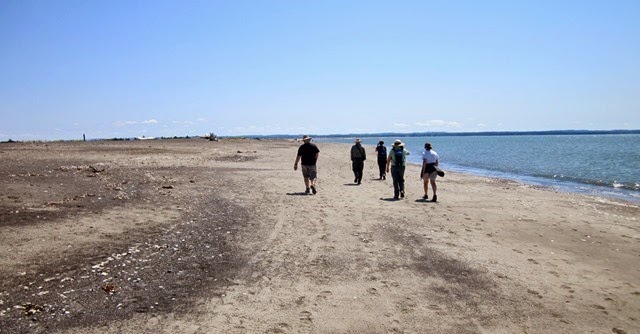 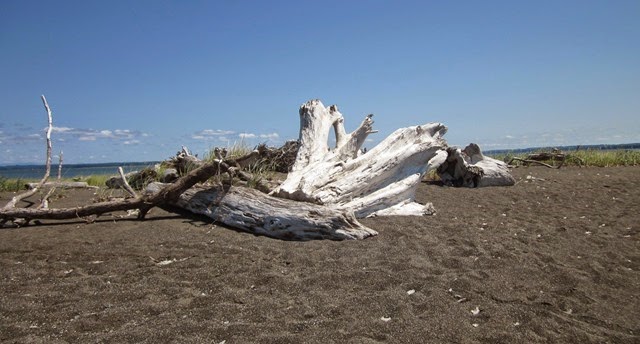 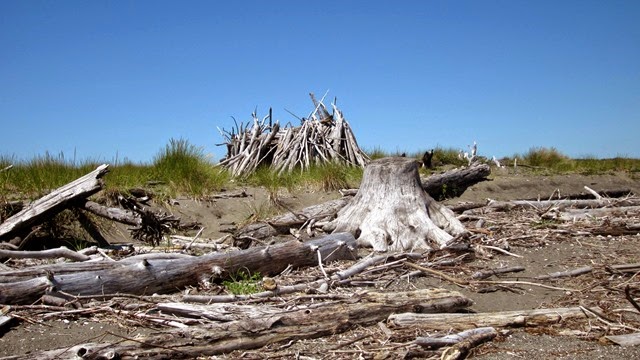 We could even see the Olympic Mountains and Mount Rainier way off in the distance. You’ll have to trust me on that one. 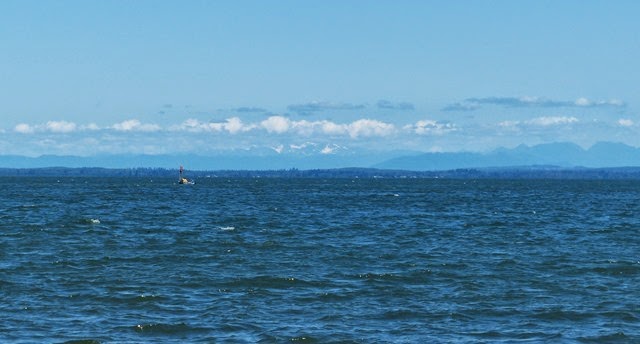 The most interesting part of our hike was seeing thousands of velella vellella, commonly known as “by-the-wind sailor,” a hydroid polyp, which is a jelly-like invertebrate. When the wind is just right they get washed up on shore and die. 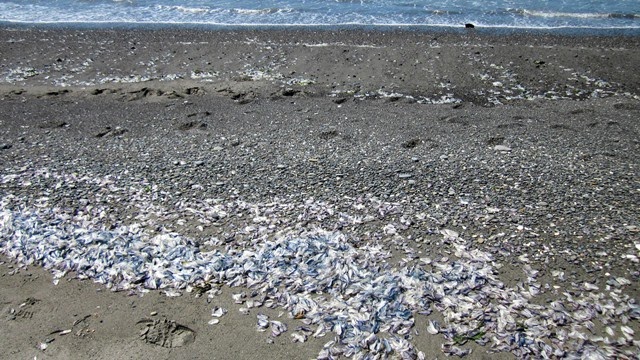 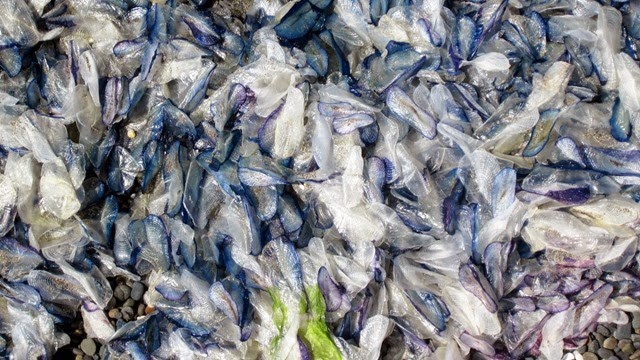 They look and feel like little pieces of cellophane with fine veins running through them. 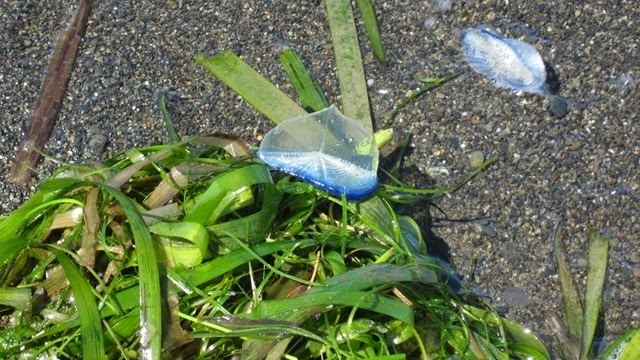 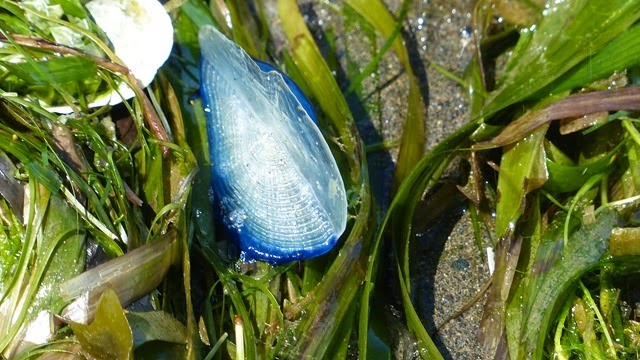 When we got back, Kim, Carla, Debbie and I walked over to the stage to check out the Men’s Large Tattoo Contest. Only three guys entered, which was hard to believe. The guy with the Freedom Harley tattoo was the winner. And we don’t know what the prize was. 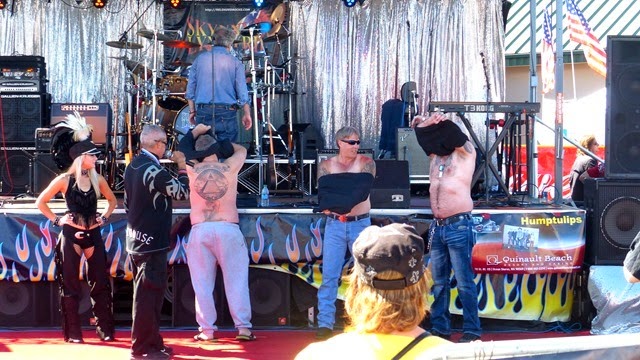 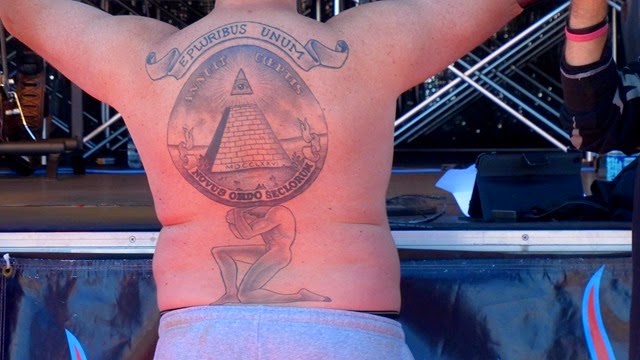 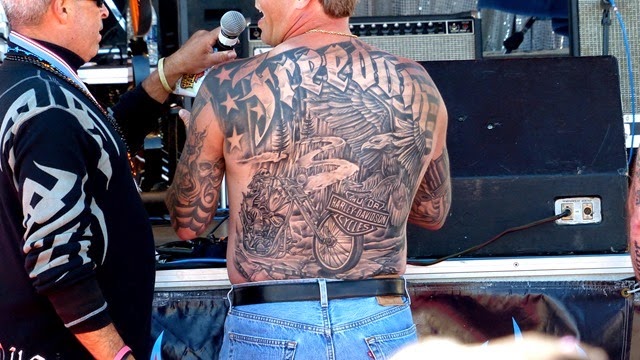 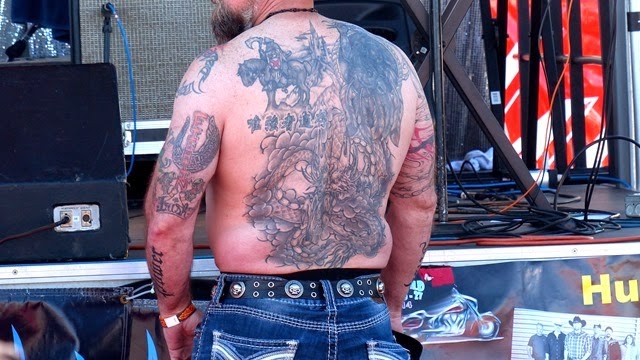 Tonight it’s the AC/DC tribute band, all female, called Hell’s Belles. We might just have to walk over and check them out. If nothing else the people watching should be interesting. 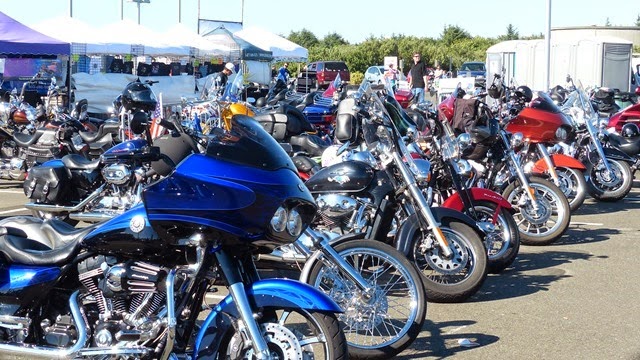 Our plan is to hang out here until Monday before moving north to Olympic NP. And it looks like our weather might just cooperate.