As of 10 yesterday morning there was no sign of the painters so we decided to head out for a bike ride. When we returned a couple hours later they were hard at work. After we finished lunch there was a knock on our door to tell us they were unable to match the burgundy paint, although we gave them a small bottle of old touch-up paint and the color code from Lazy Daze. It sure would have been nice if they had waited to do the prep before finding out the paint didn’t match. At that point there was nothing to do but paint with the wrong color and see what it looked like.

As it turned out it was pretty close, but what really surprised us is that the paint they used is metallic, but the original paint is not. It’s really only visible under direct sunlight, but still. It does look much better than it did before, and the fake black windows look great. We would definitely not recommend Dave’s Auto Detailing for painting, although a couple people recommended them to us.

Here are the before and afters. 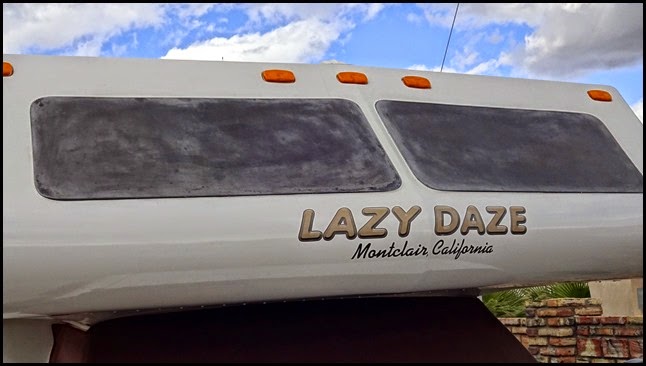 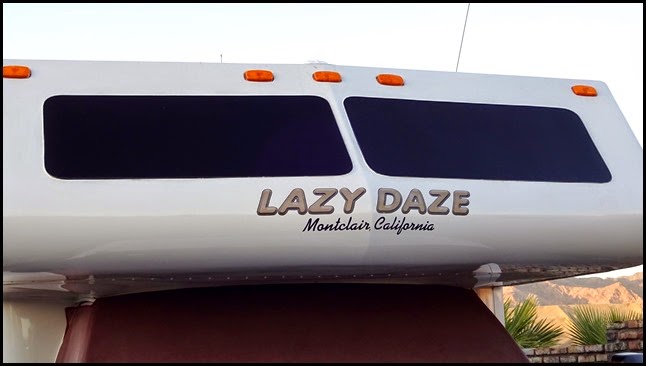 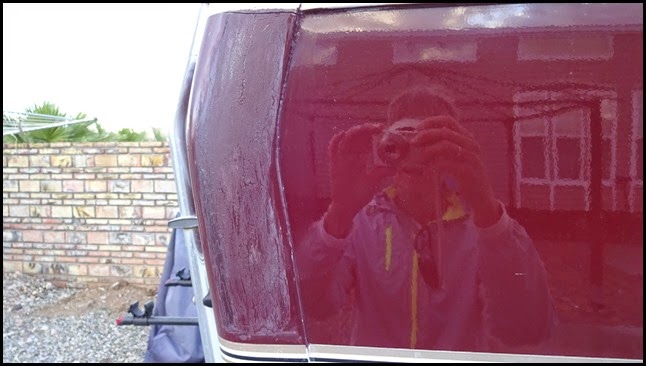 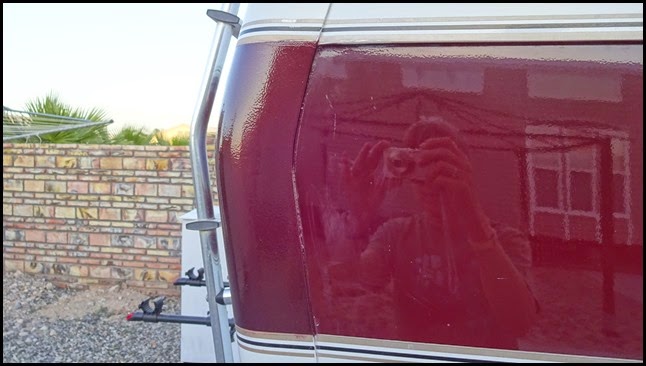 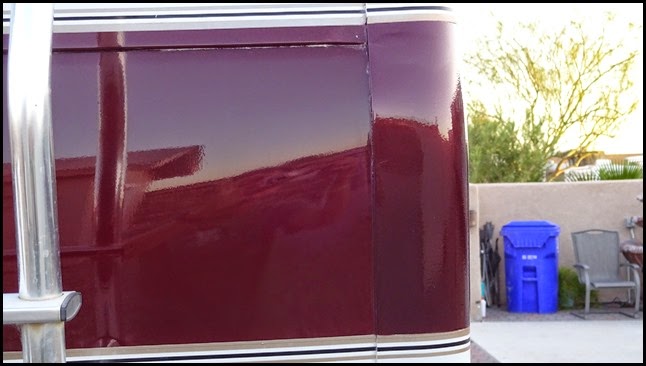 The left side had several cracks in the end cap, so they filled in and repainted that side, too. At least we have matching mismatches, and from a distance it looks great. 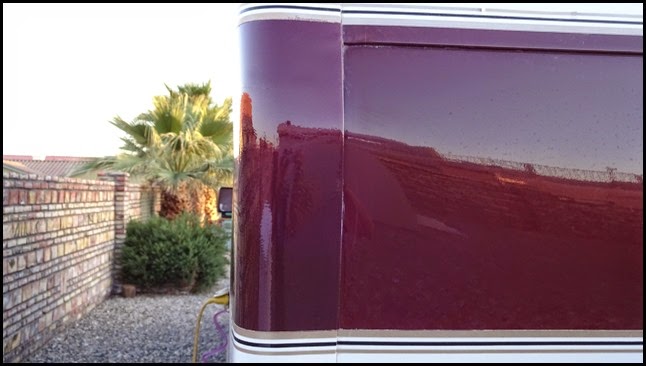 And now just for fun, here are some photos of things we’ve seen on our walks around the Yuma Foothills. I’ve always wondered who buys some of the strange lawn ornaments we’ve seen in garden shops, and we found them here in Yuma. 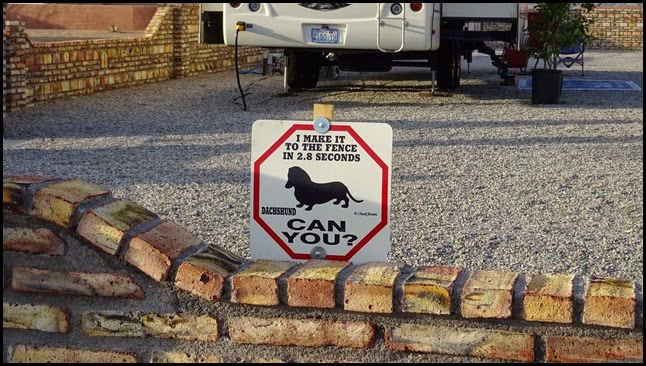 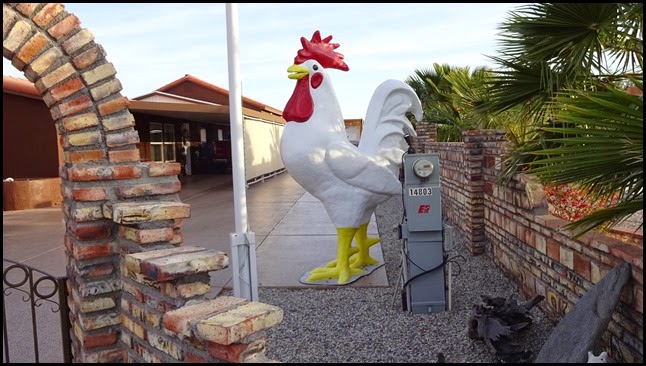 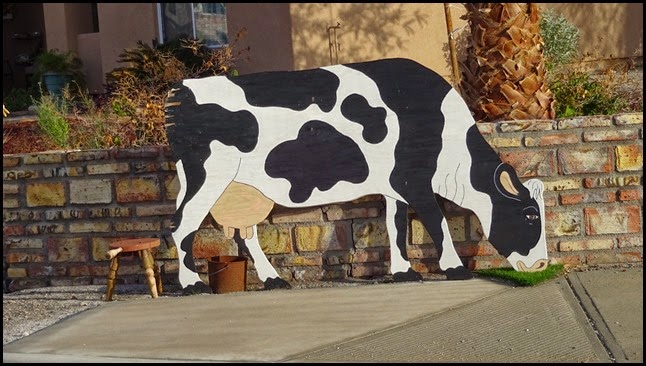 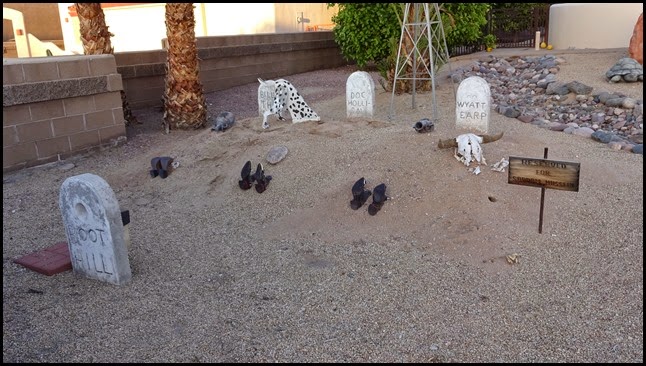 But on the other hand we’ve also seen plenty of lovely homes and landscaping. It’s quite an interesting mixture. 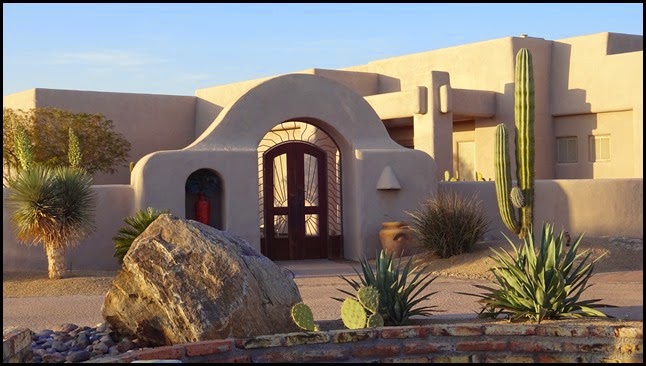