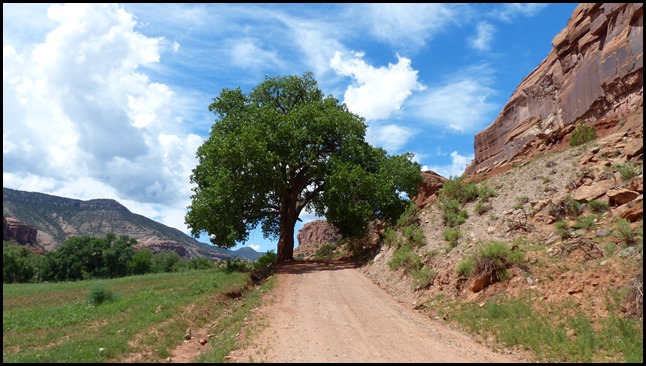 The heat wave ended last week, so with the cooler temps we thought it would be a good time to visit Escalante Canyon, part of the Dominguez-Escalante National Conservation Area, about ten miles west of Delta, CO. A couple weeks ago we hiked in Dominguez Canyon, a bit further west and closer to Grand Junction, and were hoping to find similar red rock scenery in Escalante Canyon. And we did. 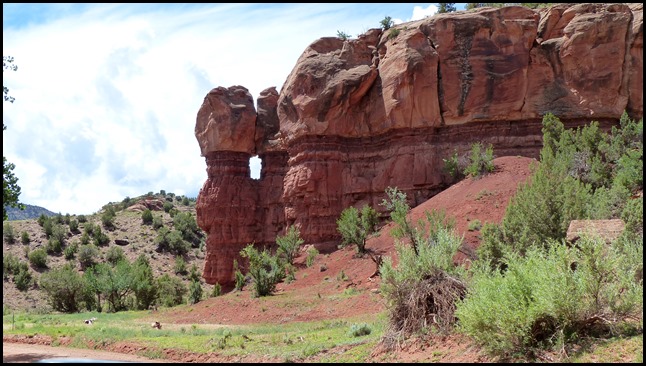 The narrow dirt Escalante Canyon Road runs for about 15 miles along Escalante Creek, a very scenic drive. After crossing the Gunnison River in a few more miles we came to this cabin, built by bricklayer Harry Walker and his four sons in 1911. 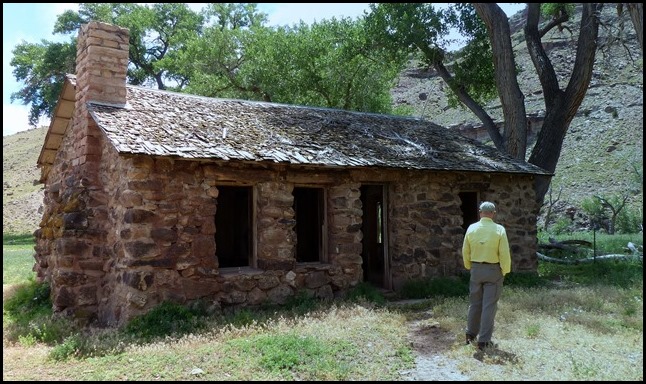 It’s seen better days, but being open to the public it’s a wonder that vandals haven’t done more damage. 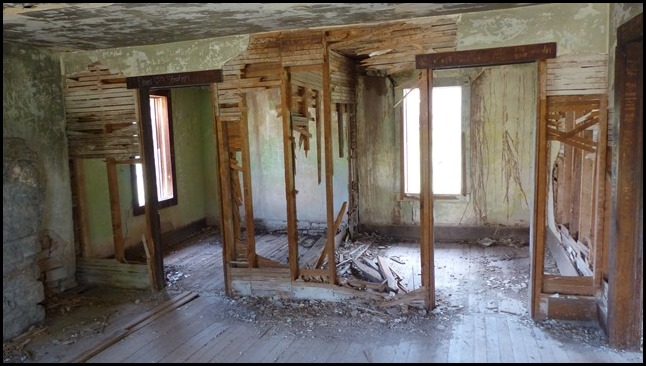 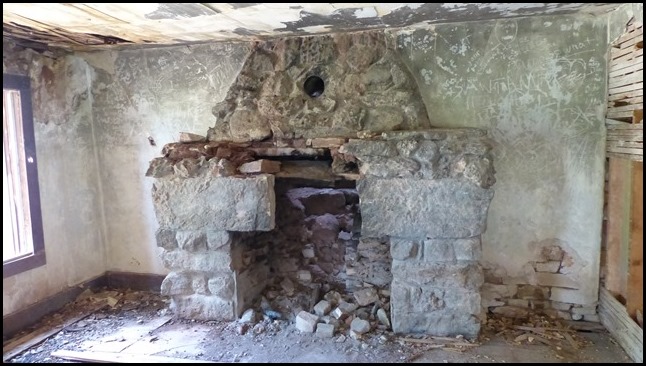 Another few miles brought us to Captain Henry Smith’s cabin. The sign was hard to read but this is what it says:

“The front cabin was built in 1911 by Captain Henry A. Smith, a civil war veteran and expert tombstone carver.  He laid up three rock walls against an upright stone slab and carved his name and rank on the outside.  The interior contains a hollowed out bed-sized alcove and gun niche.  For his numerous guests, he later built the second cabin with beds below and in the loft.  On the back wall is a hinged shelf which hides a secret room.  To your left, up on the cliff face, he carved his initials and the name of his blacksmith friend, Roy Bowen.  The horseshoe and star are the insignia of the blacksmith shop.”

Quite an interesting place. There is a covered picnic shelter nearby, a pretty spot for lunch. 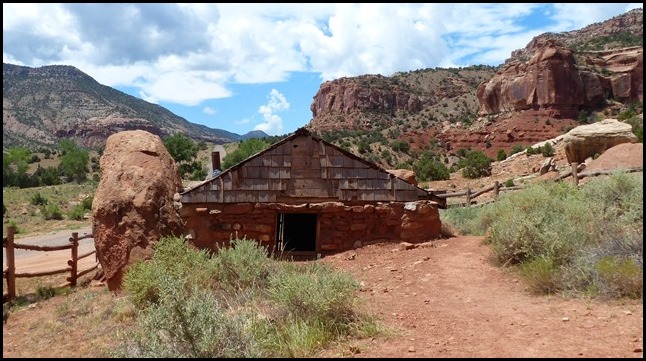 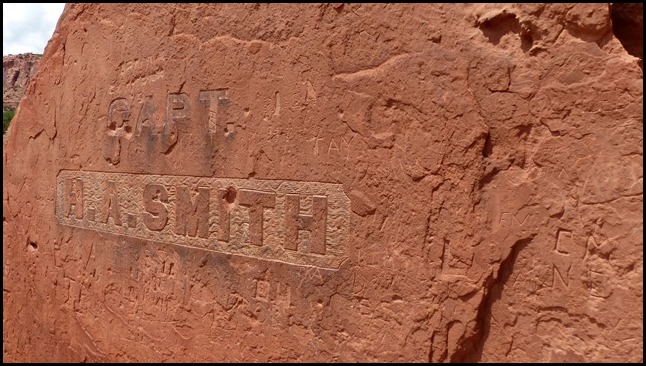 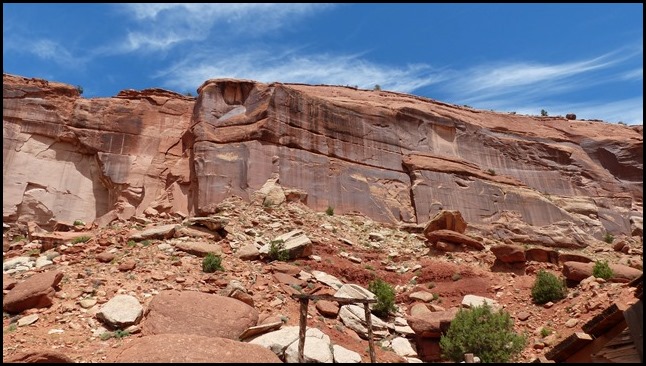 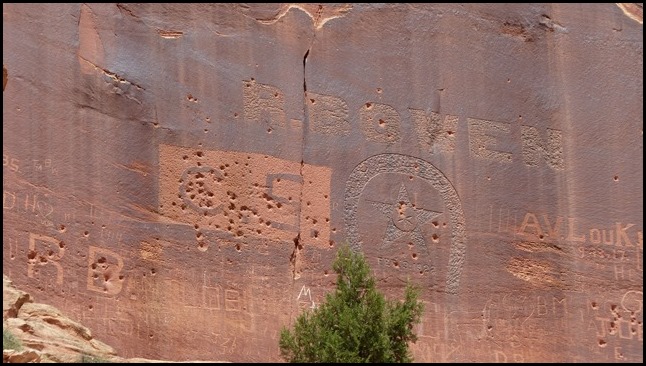 Not far past the cabin we came to the Escalante Potholes Recreation Area. Apparently this used to be a big party spot, with people drinking and diving off the rocks into the water and killing themselves, so about 10 years ago the BLM put lots of restrictions in place for the area. It is okay to swim and wade but no jumping or diving. Not that the fast running muddy creek looked very inviting to us, and we didn’t really see any good ways to get down there had we wanted to. 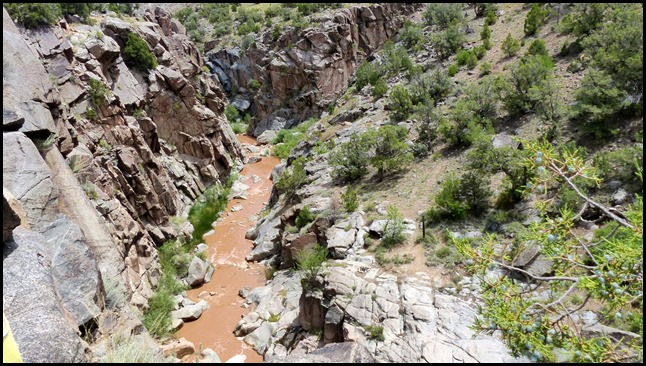 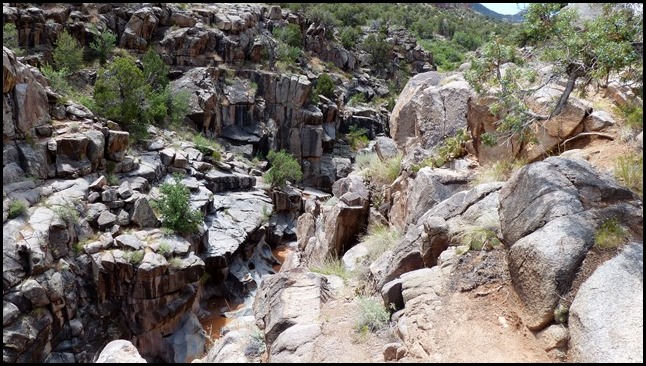 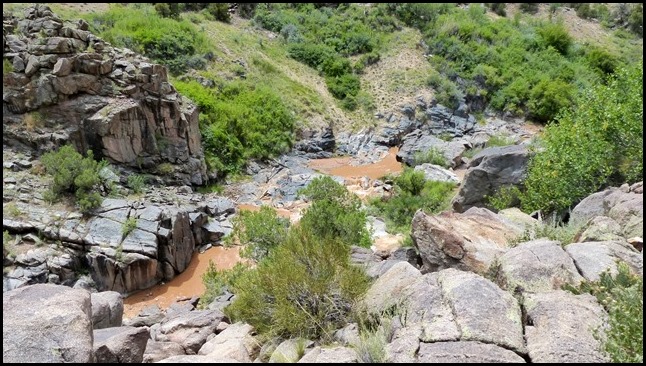 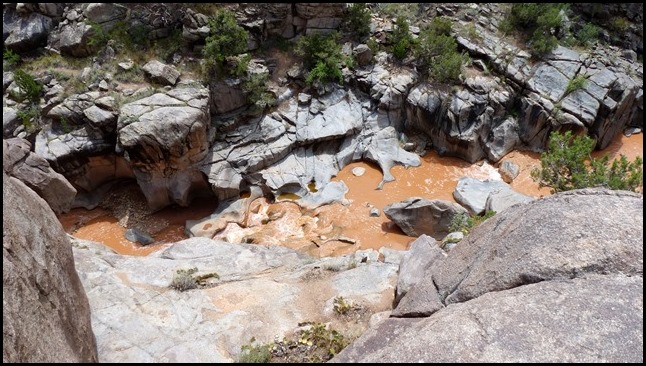 Since Jim can’t swim I wasn’t too worried about him jumping off. 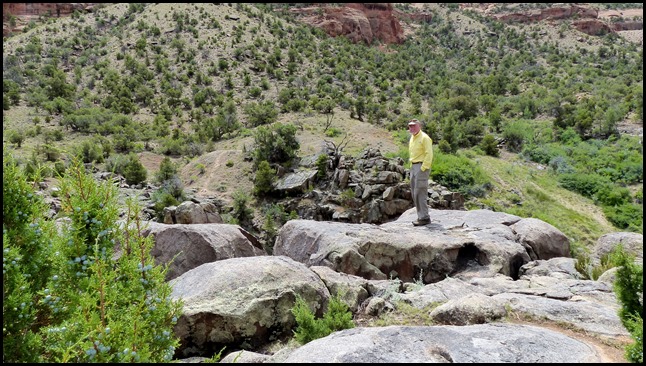 There aren’t any formal trails but we hiked for about a mile over rocks and cattle paths and came back along the road. 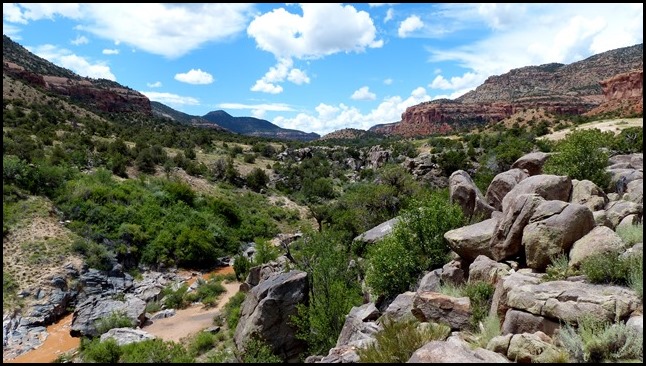 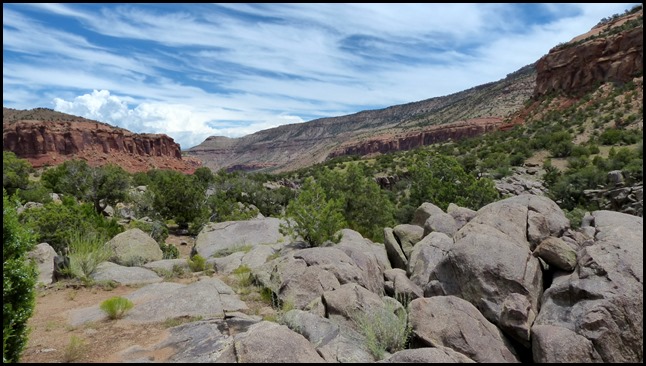 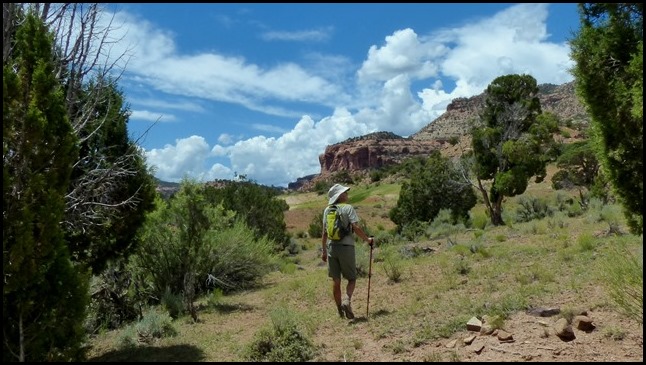 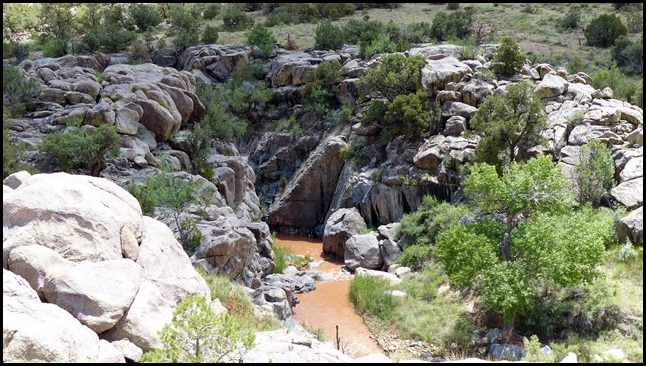 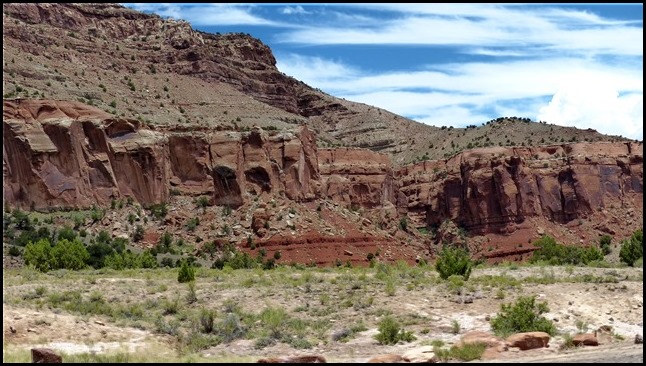 We continued driving a few more miles but turned around when the sky looked like it was getting ready to open up. We didn’t think it would be good to get caught on that road in the rain since it was already pretty rutted and muddy in spots.

It was a good day exploring another beautiful part of Colorado and we got back on pavement just in time.