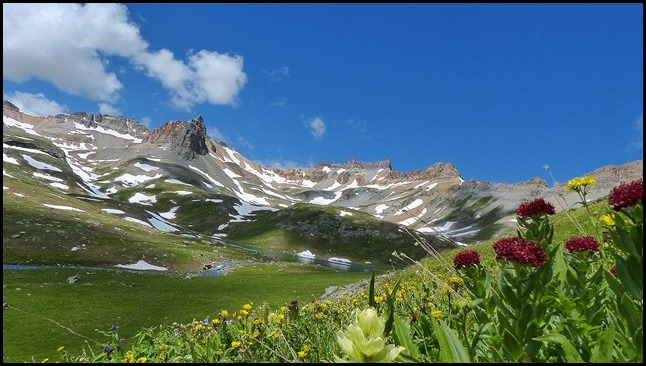 Our hiking group of ten and one dog met at the Ouray pool at the ungodly hour of seven in the morning to make our way to the Mineral Creek area just north of Silverton in hopes of beating the crowds and afternoon thunderstorms on the popular trail to Ice Lake. Mark and Bobbie knew of a small parking area up a rocky dirt road where our three vehicles were able to park and cut off about a mile of the hike, making it a little less than three miles to the lake, a respectable distance given that we were started at 10,000’ and ended at just over 12,000.

It was a rather cold start, not even 40 degrees yet in the forest, and after a nice little climb we came to our first of what would be many stream crossings. Mark and Bobbie said they had never seen so much water here, but we managed to rock hop or get our feet wet and everyone made it over the rather precarious rocks and logs. Suzanne was the only one to take off her shoes and wade across, with a little help from Mark. 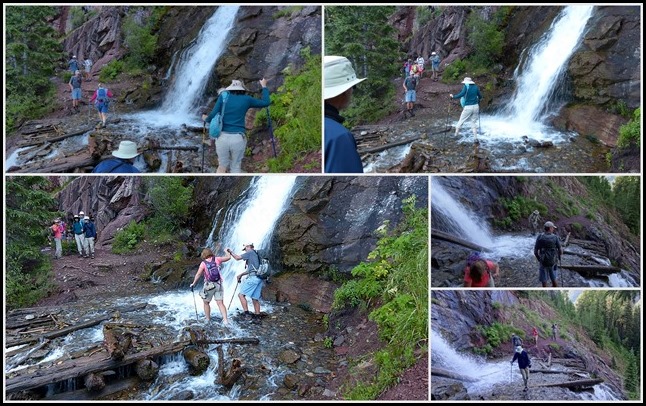 The trail climbs in and out of the trees before opening up in the Lower Ice Lakes Basin. Although the lower Ice Lake is rather small and not close to the trail, the scenery was absolutely gorgeous. 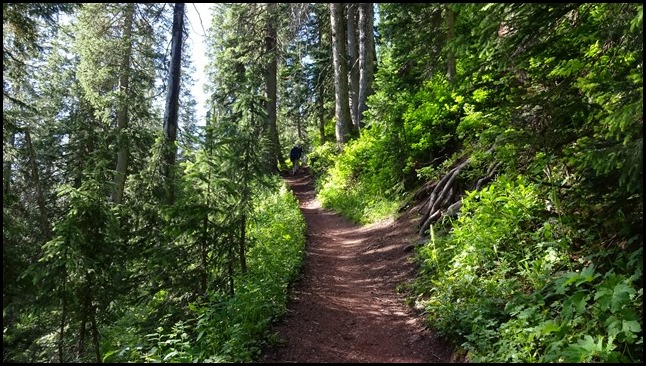 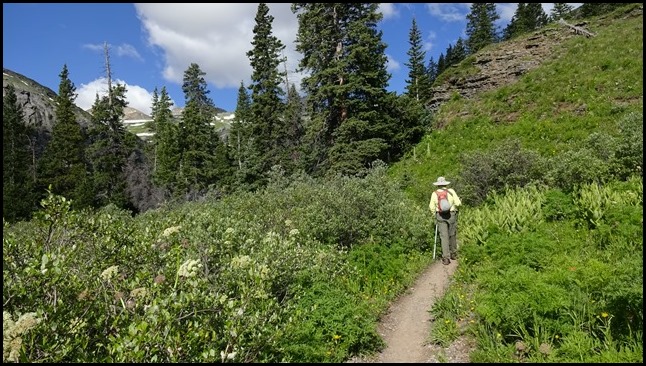 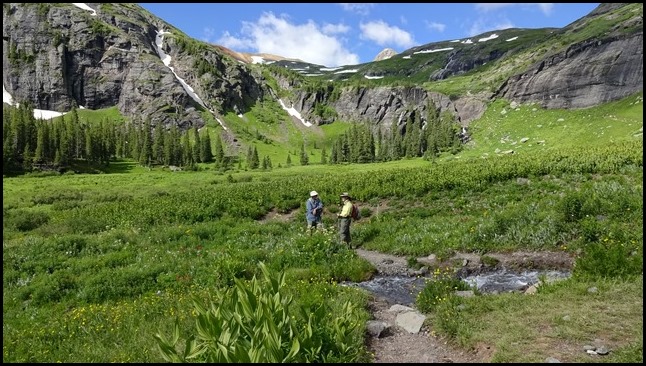 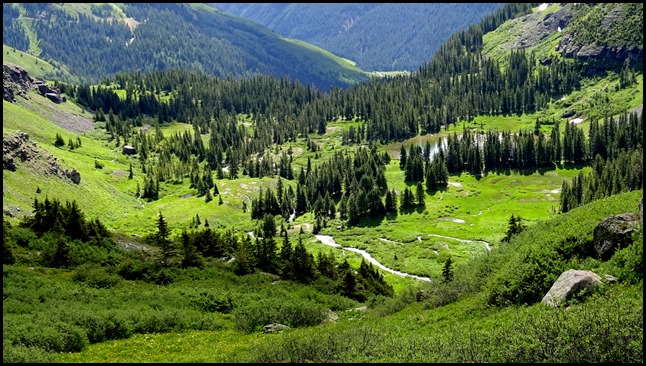 Bobbie, her boss Tamara, and dog Aspen were pretty far ahead of the rest of us, but they stopped and waited to help us find a good way to cross another stream.  Hiking poles definitely come in handy for water crossings. 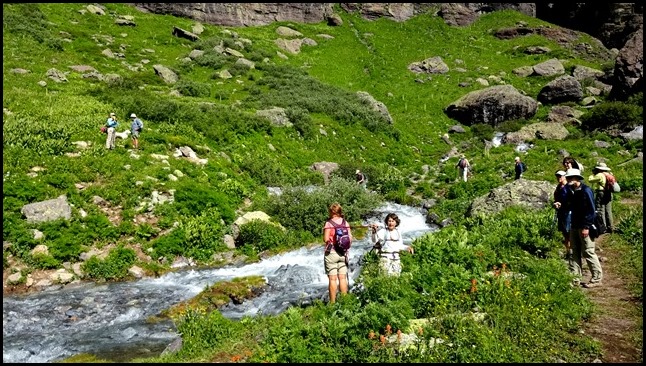 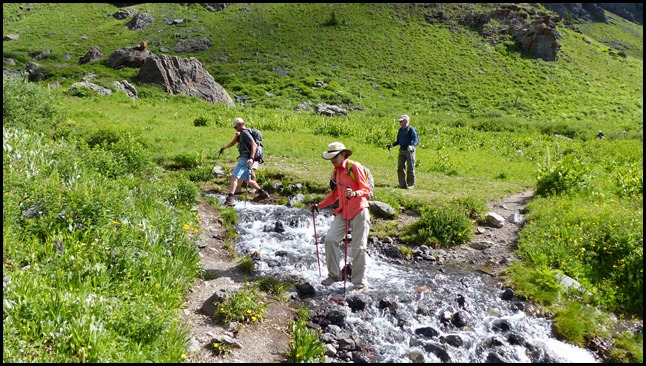 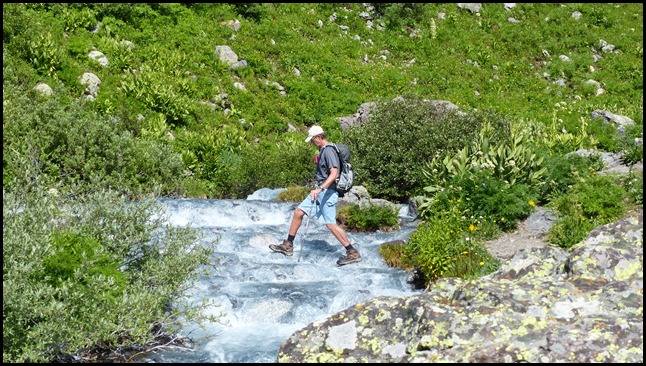 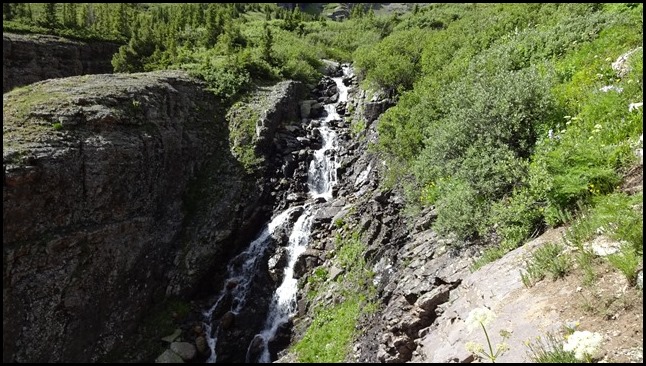 The final half mile or so is quite steep. I read that the trail gains 700’ in 0.6 miles, a tough climb on what seemed like never ending switchbacks, with Mark trying to motivate us by counting down how many minutes he thought we had left of climbing. Mark’s motivation wasn’t really helping but I used about five hits from my Boost Oxygen canister and Jim took a couple. I felt like after 5-10 seconds I could feel a change and was able to really push myself up the next climb without getting lightheaded. Jim said it made no difference to him, though, so whether or not it works or was the placebo effect, it was worth the $10 investment and I will definitely use it again. 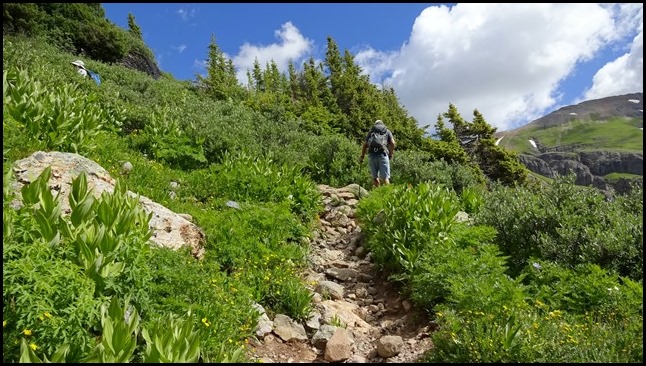 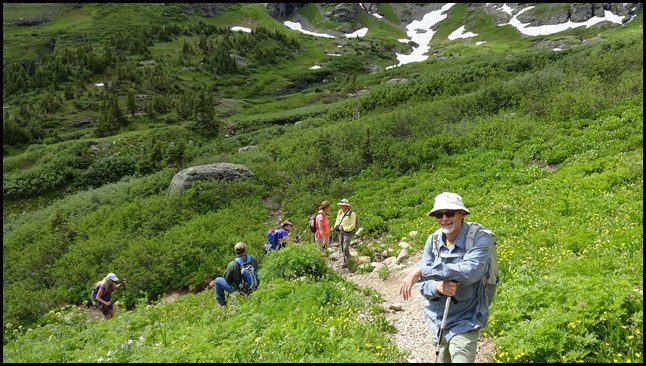 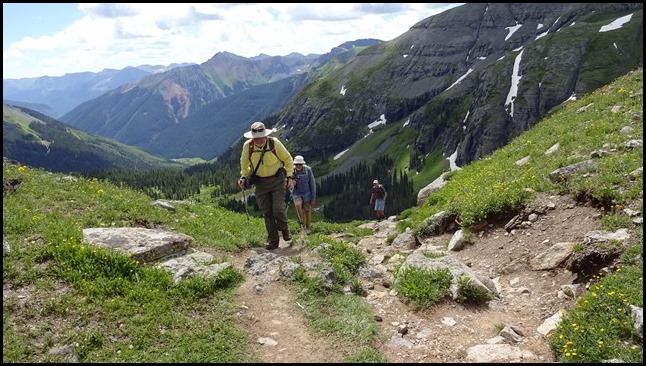 Mark was disappointed that the wildflowers weren’t quite at their peak yet, but we thought they were beautiful. 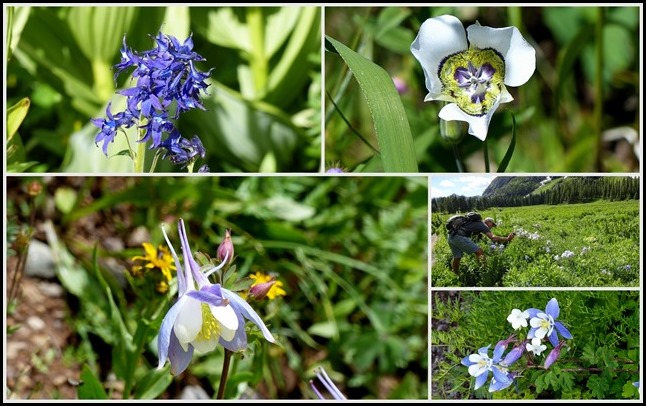 We all managed to make it to Ice Lake at our own pace, and had quite a dramatic backdrop for lunch. 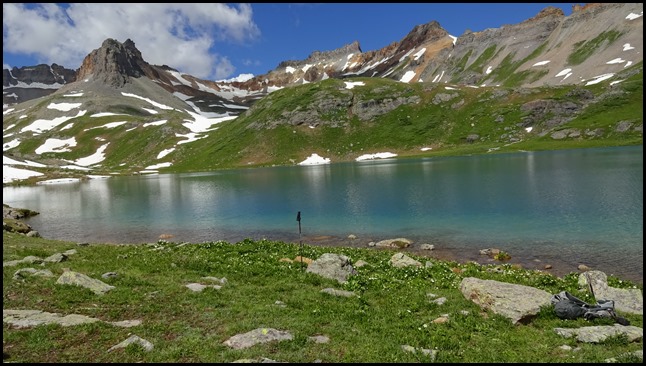 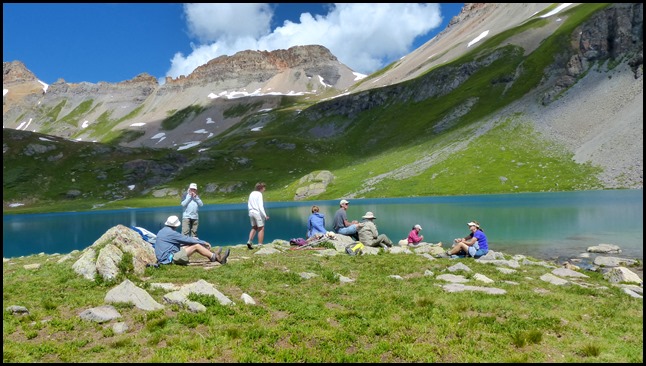 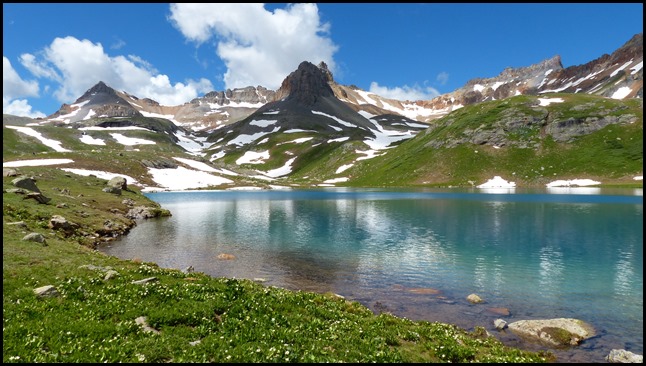 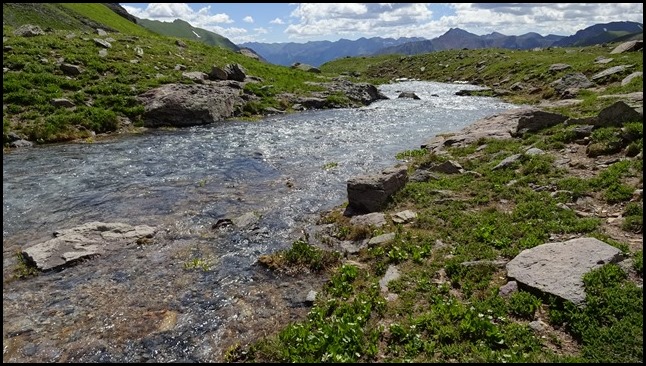 Here is Suzanne at Ice Lake, which she had been dreaming about for the past couple months while in Texas. No, you’re not in Texas anymore, Suzanne! 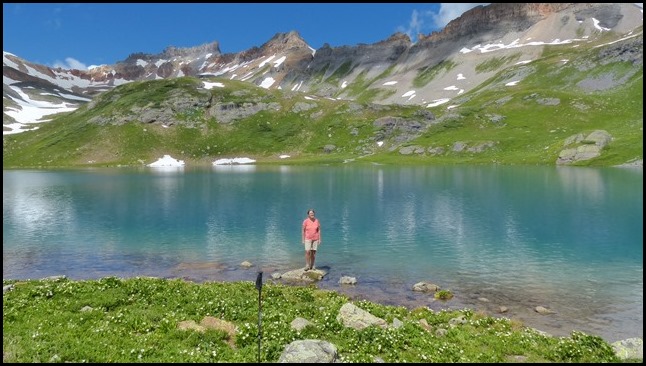 During lunch Bobbie mentioned that she and Tamara were thinking of continuing on to check out Island Lake, which they thought was another half mile or so away. In all the times Mark and Bobbie have been to Ice Lake they never went on to Island Lake, so I, along with Suzanne and Jim decided to tag along, although they got there long before we did. Since I’ve already posted too many photos, I’ll save Island Lake for next time. Believe it or not, it was even better!