A Few Days in Gunnison, CO

Our planned one night stopover at Stevens Creek to meet up with Debbie, Chuck and Carla again in Curecanti NRA near Gunnison turned into four nights, as we all had lovely sites on the water, the weather was great, and we just didn’t feel like leaving. We hiked in Curecanti on the Dillon Pinnacles trail, and a couple days went to Hartman Rocks which is a BLM area very close to Gunnison that has endless dirt roads and trails. It’s popular for mountain biking but Jim wasn’t in the mood for all the hill climbing so we just hiked instead. And climbed around on all the rocks. 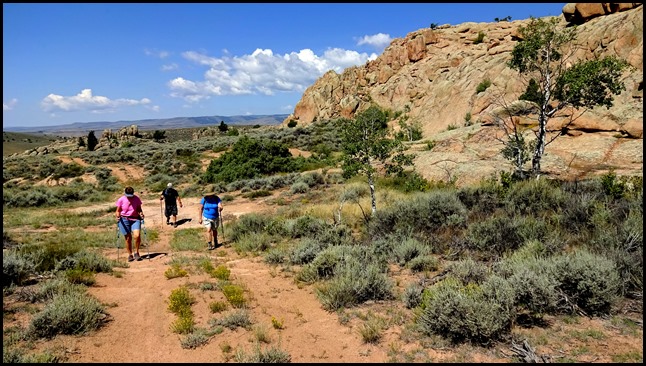 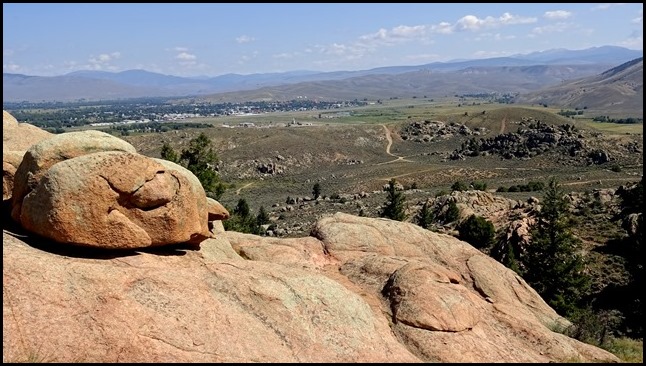 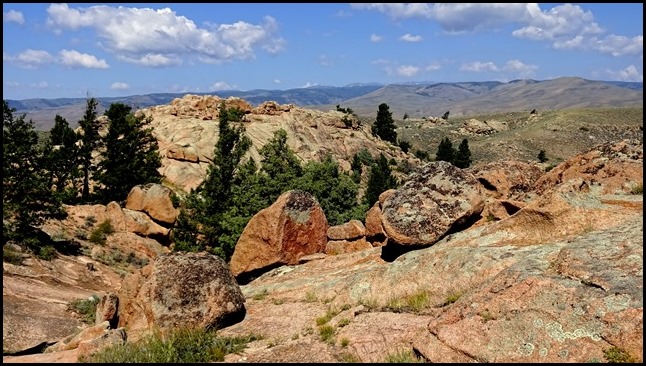 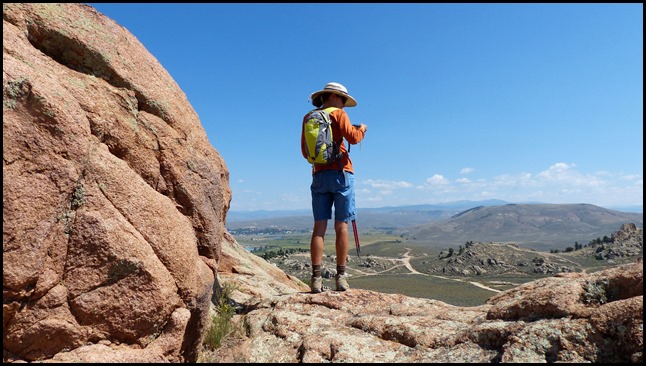 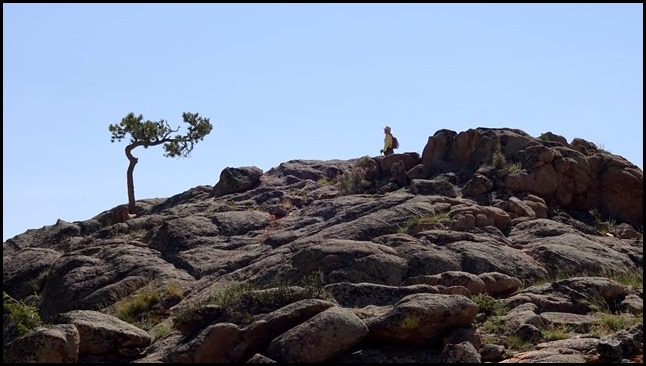 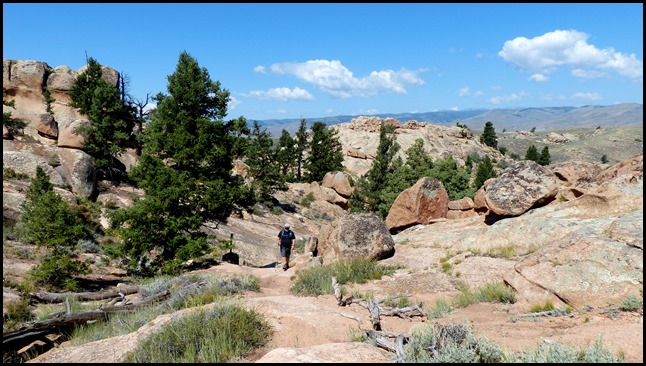 If you can drive your vehicle in, dispersed camping is allowed anywhere. Some of the roads are pretty rough and steep. Chuck thought we could get our Lazy Dazes up there but Jim wasn’t too sure. 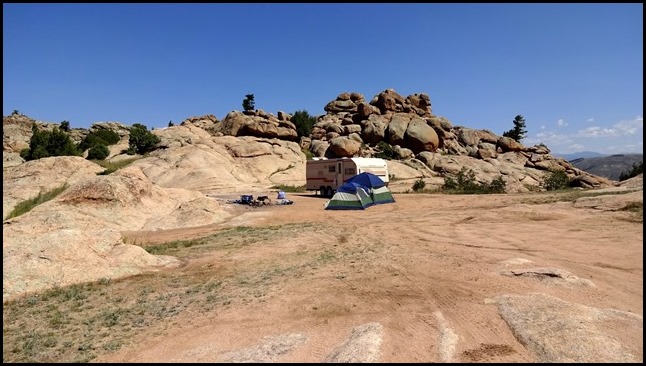 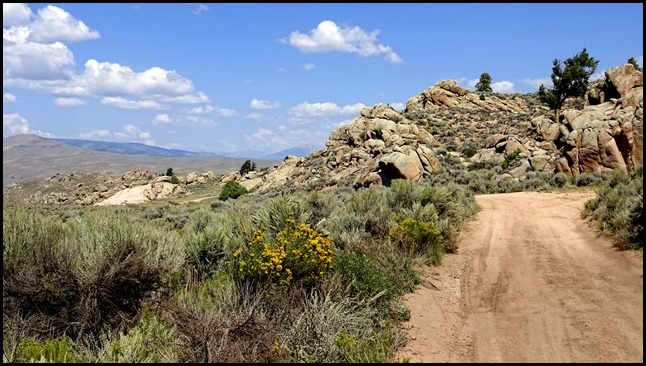 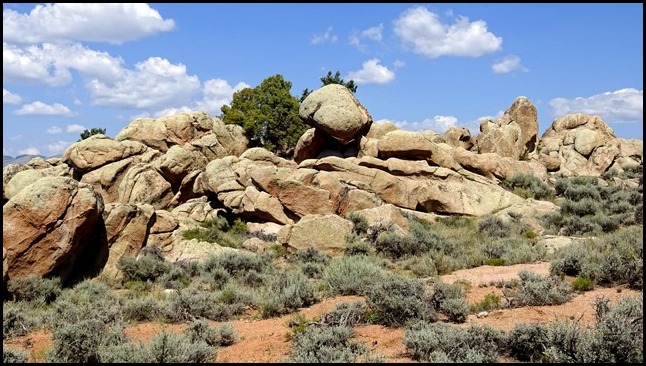 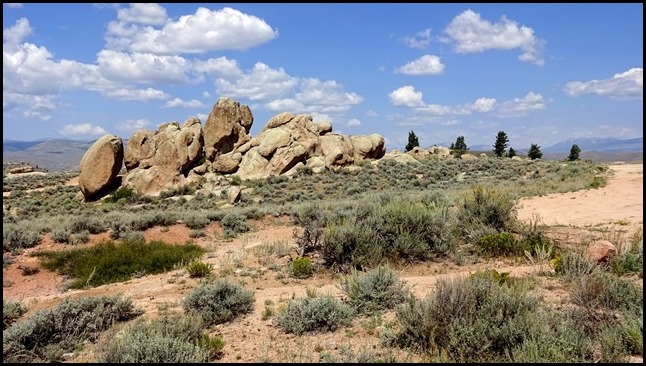 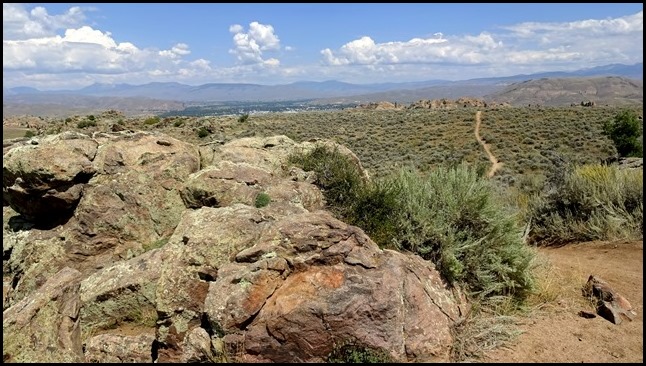 This is one of the double black diamond bike trails. 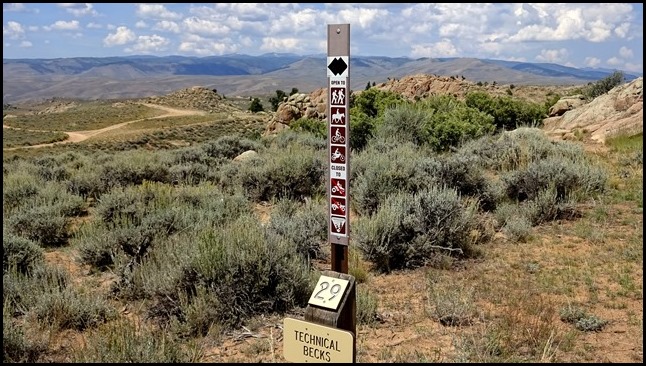 It was hard enough just walking down it. 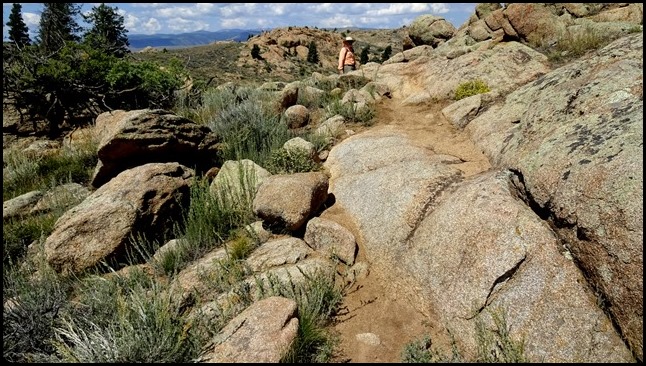 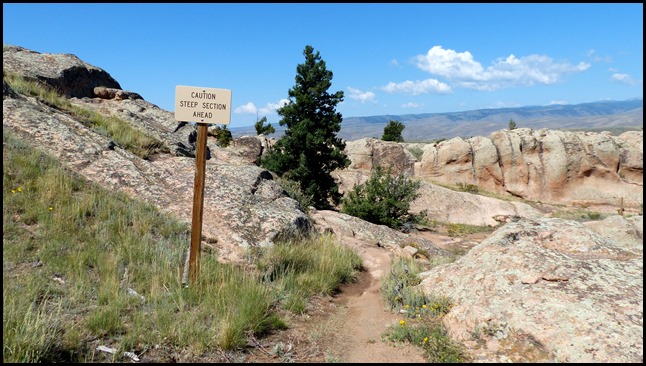 The Dillon Pinnacles trail in Curecanti is another good hike, not quite 2 miles to a close-up view of the volcanic-formed rock pinnacles overlooking Blue Mesa Reservoir. We forgot cameras so we just took a few bad photos with the phones. 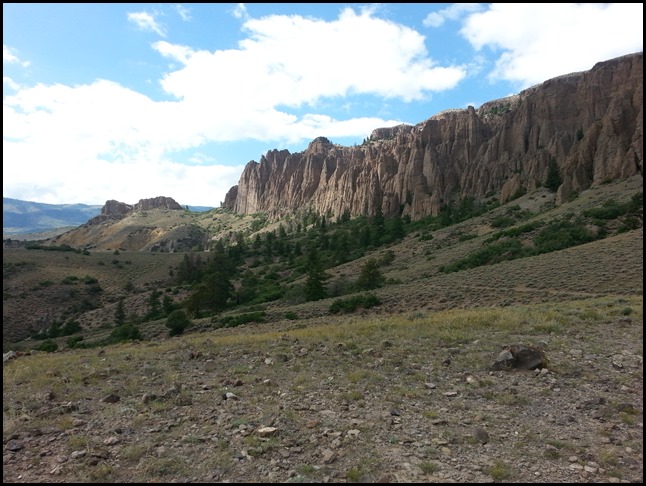 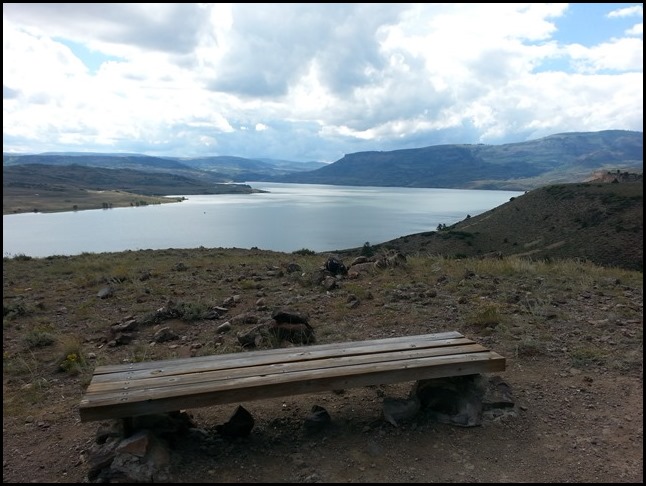 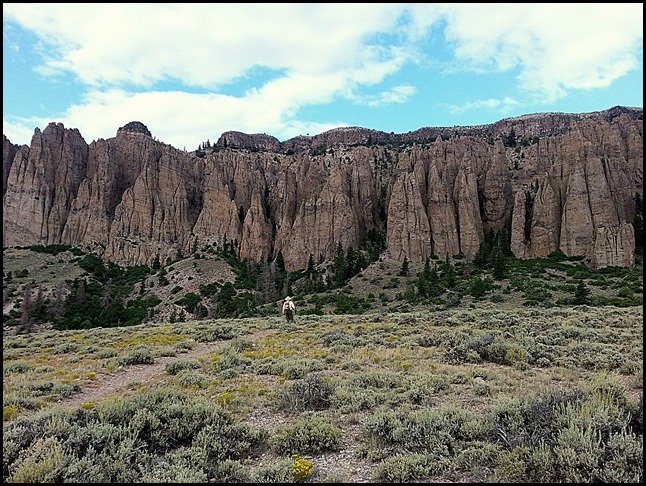 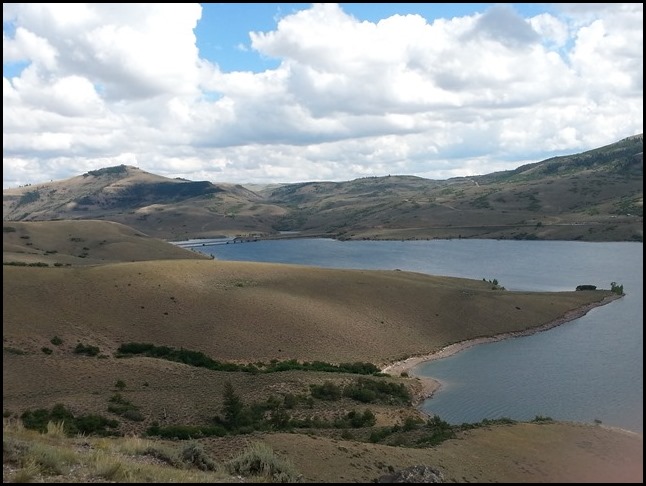 Yesterday we parted ways with Chuck and Carla and Debbie, who went south. We wanted to explore some new territory to us and decided to head north to Twin Lakes, less than 20 miles south of Leadville, CO, but a thousand feet lower. We’re at the White Star Campground in the San Isabel National Forest, elevation 9,200’, where we found one of the few non-reserved sites that wasn’t under trees. We paid for three nights but may stay through the Labor Day weekend unless we find something better as we go out exploring the area today. 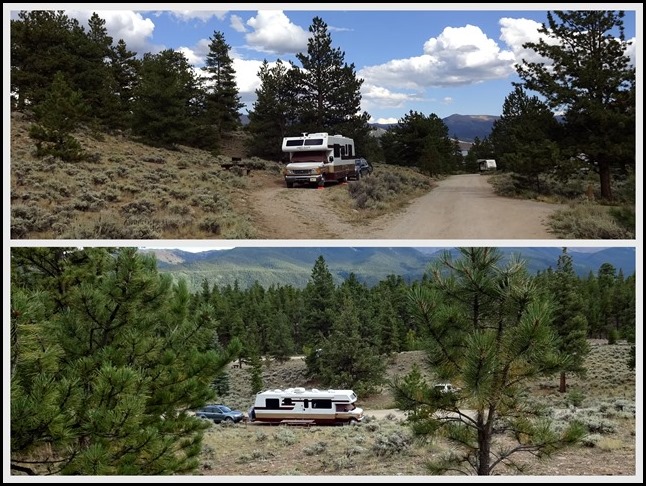 One of the Twin Lakes, Colorado's largest natural glacial lakes. Unfortunately only a few sites have partial views of the water. 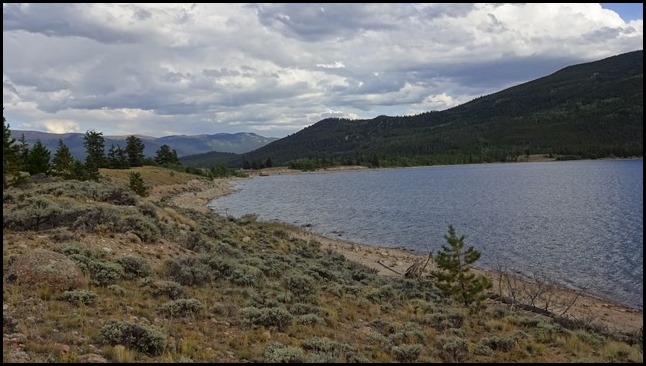