Here is Jim walking Sophie yesterday while wearing the jacket he lost hiking a few days ago. 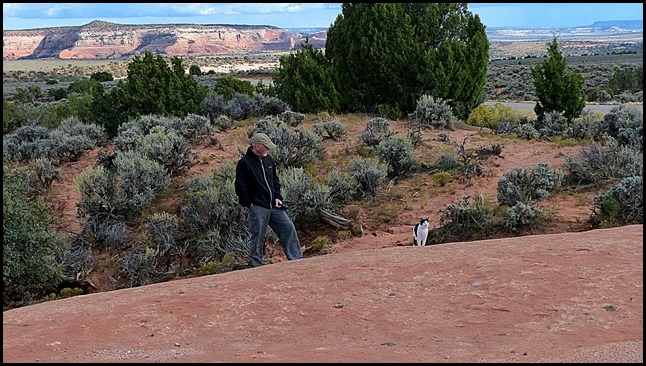 After two days of off and on rain and strong winds, yesterday morning under clear skies Suzanne, Debbie, Jim and I headed out to retrace our steps with some help from the Backcountry Navigator program on Jim’s phone. Since we were not on a trail for most of the hike, we never would have found the jacket had he not saved the track, especially since Debbie and I had taken different routes many times along the way. After nearly four miles and just a short distance from the car, a rabbit stopped in front of us. As we were watching it Jim and I both looked to our left and spotted something black in a pile on the ground. Lo and behold it was Jim’s jacket, just a little bit damp and barely even dirty. Luckily it fell out on a grassy area and just stayed there right on Jim’s previous track. We sure wish we had thought to do our hike backwards as we would have found it right away and wouldn’t have had to be looking under every shrub and rock, but at least he got it back and it was a beautiful day for a hike.

Not long after we returned to camp Goldie arrived from Ouray. Mark and Bobbie had to try a few times to find a fairly level place to park, but shortly they were settled in and brought each of us a scrap cookie from Mouse’s Chocolates. Thanks, guys! 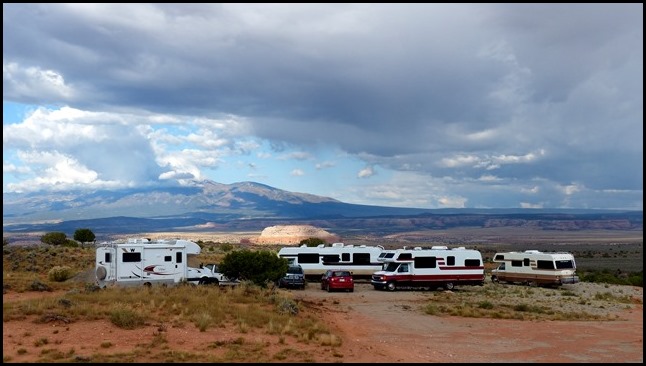 And just a few more photos from a walk Suzanne and I took the other evening after the rain stopped. 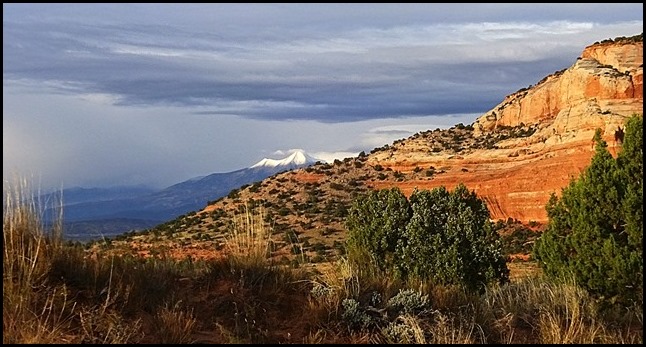 The La Sal mountains got quite a bit of snow. 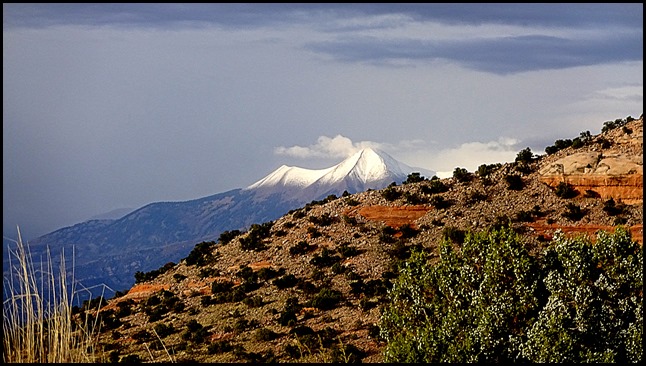 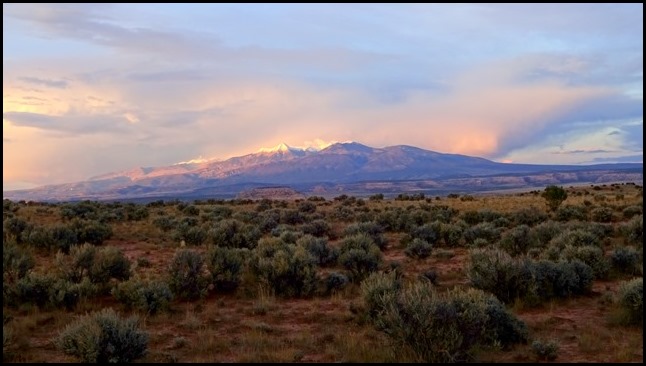 We are now in our month of milestones, as the 6th was our 7th year anniversary on the road, tomorrow is our 33rd wedding anniversary, and the 16th is Jim’s birthday. Last week was also Debbie’s birthday, Suzanne’s is tomorrow, and Mark’s is at the end of the month, so we have lots celebrating to do. And we are in such a lovely place to do it! 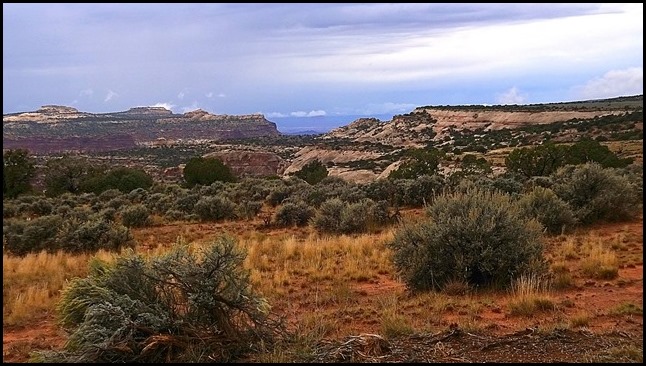