It’s been another busy but cold week at McDowell Mountain Park. We had a very nice Christmas with volunteers and friends from the park, and got to meet and have happy hour with Steve and Mona Liza from The Lowe’s RV Adventures.

At Steve and Mona Liza’s luxurious home on wheels. 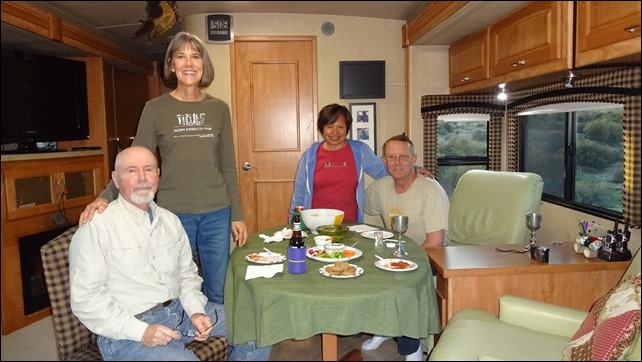 We had a lot of laughs and quite a few retakes with Jim trying to get the camera set on the self-timer. 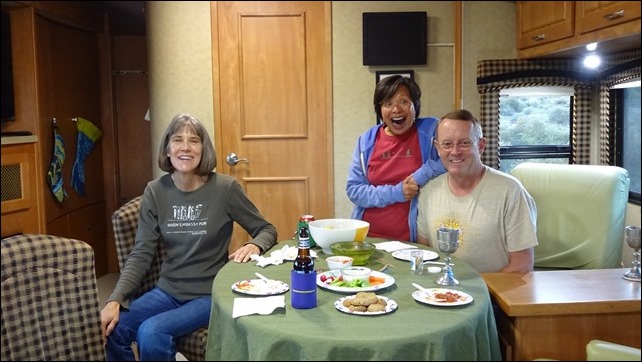 I filled in an extra day at Fearless Kitty Rescue and had a few routine doctor appointments this week, with everything being fine.Yesterday afternoon we went for a bike ride and stopped for a break at the picnic table on the Pemberton trail. There we met a nice couple who were 76 and 78 years old and still out mountain biking. And the man is being treated for some kind of cancer. Very inspiring! Then later we celebrated British New Year (which came at 5 o’clock) with some of our neighbors. Once the sun goes down it is just too cold for sitting outside, especially since there is a ban on fires due to air quality in the Phoenix area. We were home by 6, a perfect New Year’s Eve celebration!

One of my buddies at Fearless Kitty. 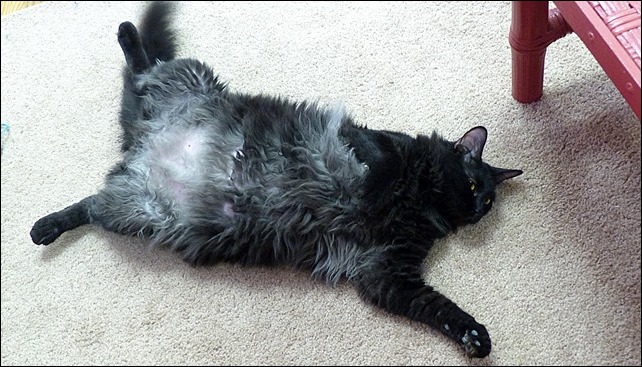 We’re getting down to just two weeks left before we leave here.  Jim’s rear shock on his bike failed on the trail yesterday so he is going to attempt to rebuild it himself. Luckily one of the volunteers is a bike shop owner and had a rebuild kit, which Jim picked up last night. I have one more sewing project before we meet up with Debbie and return the sewing machine, and we have an appointment to take the Subaru in for some work next week. Also need to start thinking about our plans for the year, and although we have some ideas it seems we always change them at the last minute. Tomorrow we’re hiking with Steve and Mona Liza so maybe we’ll actually take some photos. 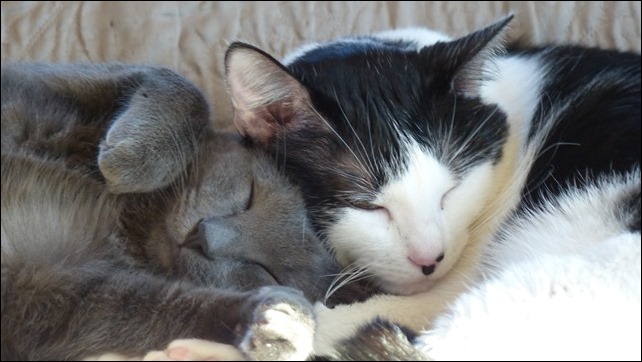 We’re just hoping for a healthy, happy 2016 and wish everyone else the same!