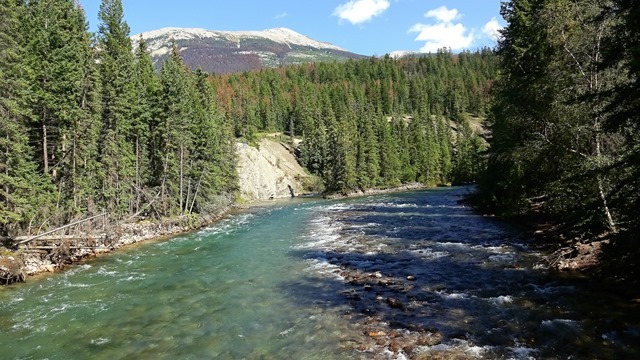 On our first morning in Jasper, while we were waiting for the temperature to warm up and the clouds to clear, we went into town in search of WiFi and some information from the visitor center. Thanks to Tim Horton’s and the public library for having a speedy connection so I can publish these posts. The visitor center also has free WiFi but for some reason I was unable to connect to it.

After lunch we picked up Chuck and Carla, whose site is over a mile from ours even though we’re both in Whistler’s Campground. We decided to take a drive along Maligne Lake Rd since there were several places we wanted to see.

We planned to hike in Maligne Canyon but missed the turn-off to bridge #6, where we were going to start, so we ended up starting at #5. The canyon has a series of six pedestrian bridges with scenic views of the river. Most people drive to bridge #1 and walk down the canyon from there, since the first few bridges are close together. Starting at 5 or 6 gives you a nicer hike without the crowds that are along the first few bridges. Plus it was all downhill on the way back for us. 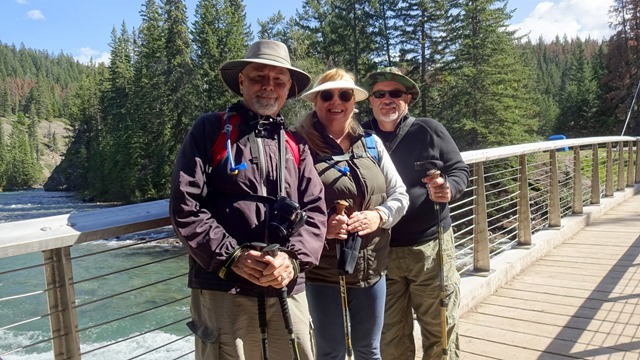 There are a couple different trails so we chose the closest to the river. 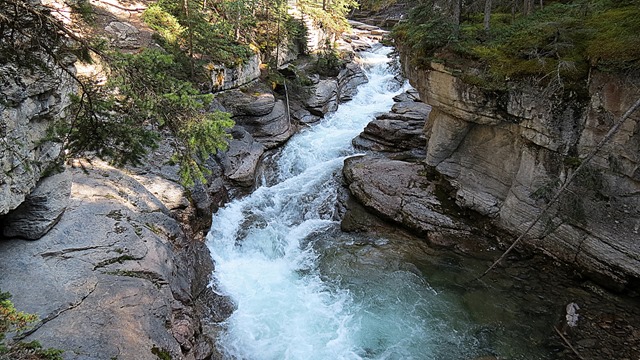 It was a beautiful hike. 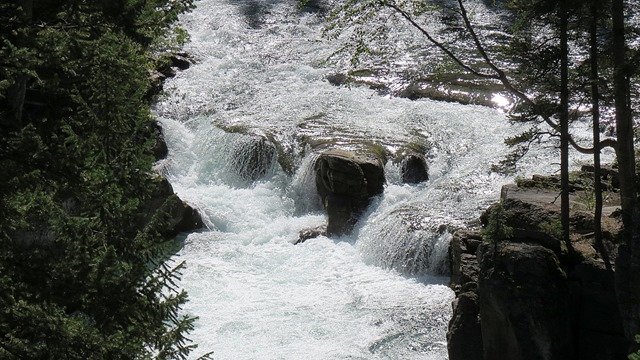 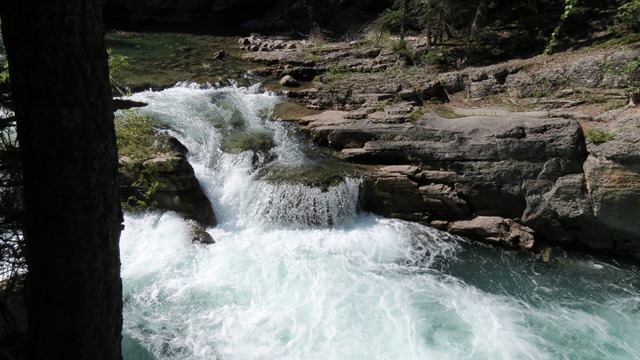 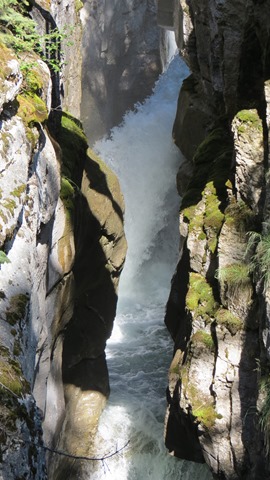 Water is everywhere, not only from the rushing river, but it also comes out of the rock in many places, drainage from Medicine Lake, which we would see later. 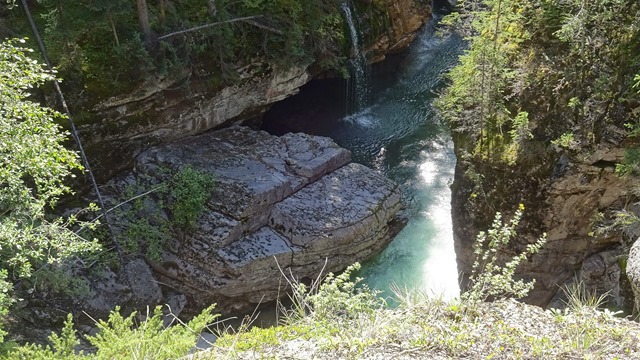 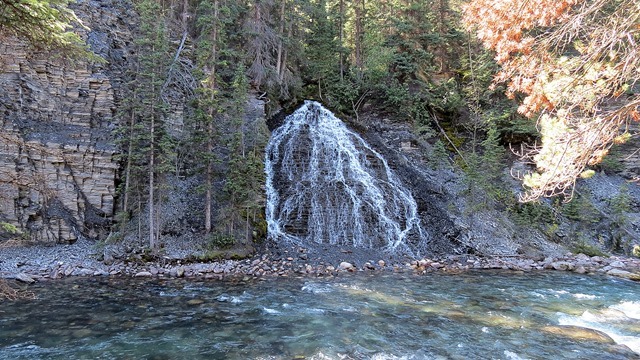 We started seeing a lot of people around bridge #3 but it got worse at 2.  I think a tour bus must have arrived at the parking area. We decided at this point to forego bridge #1, where there is also a teahouse. This is not our cup of tea! 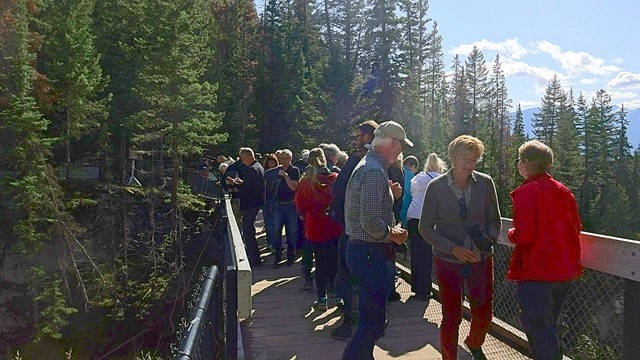 We took the high trail back, which gave us fewer people and different views from above. 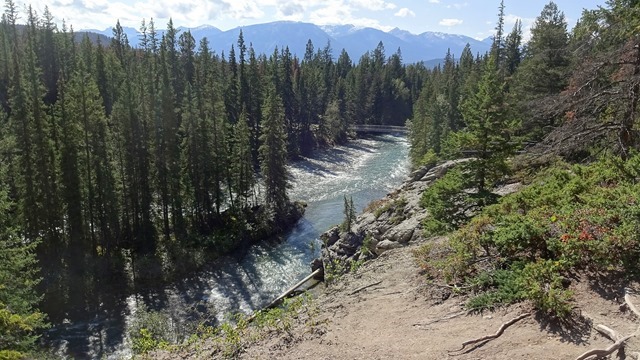 Driving about 10 miles farther south on Maligne Lake Rd brought us to the interesting and scenic Medicine Lake. This lake fills with glacier snow melt in the spring and summer, then dries up in the fall and winter. Its water doesn’t drain through a stream, but filters out of sinkholes in the lake bottom, which then follows a cave system through the rock. It finally resurfaces along the walls of Maligne Canyon about 10 miles downstream, as shown in some of the photos above. 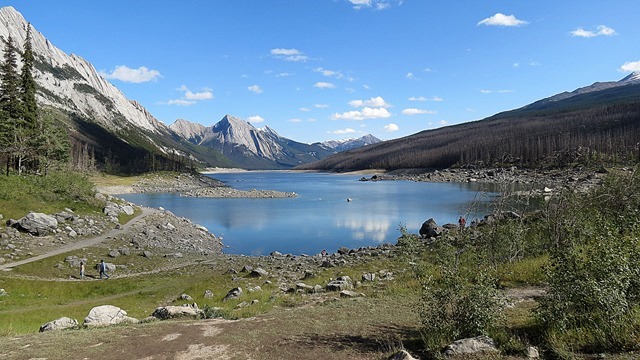 Not sure what it was used for but apparently there was ferry service across the lake in the 50s. This sign was interesting about how they tried to unsuccessfully block the sinkholes to keep the water level from fluctuating. 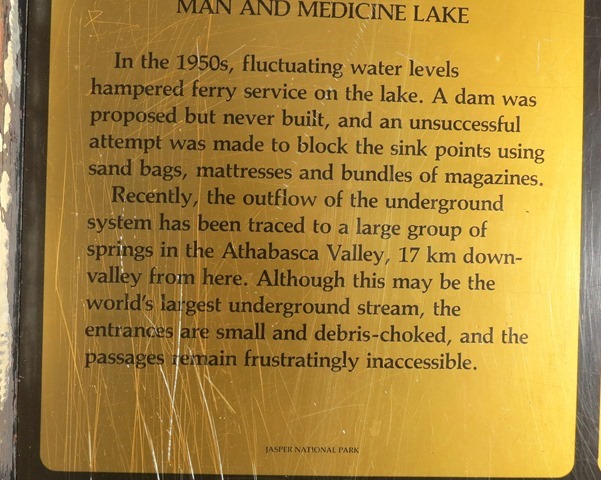 We then continued another 10 miles or so to the prize scenery for the day, Maligne Lake. The most popular activity here is a boat cruise, and we soon realized why. This is one of the most beautiful lakes we’ve ever seen. 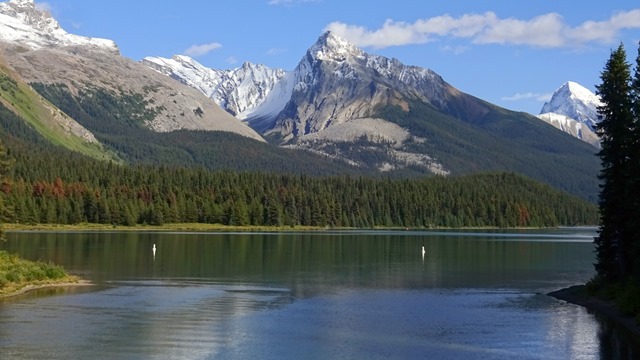 Of course it didn’t hurt that we had blue sky and good lighting in the late afternoon. Unfortunately the mosquitoes were coming out so we just took a short walk, but there are numerous trails in this area. 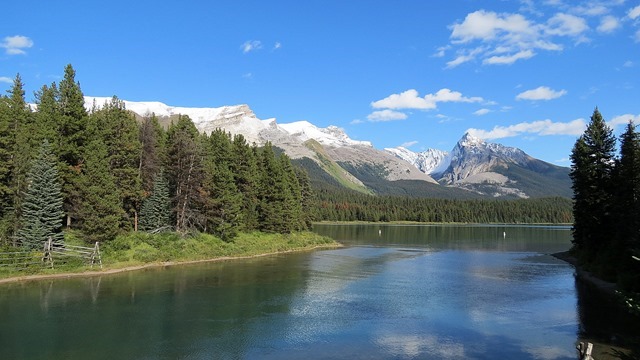 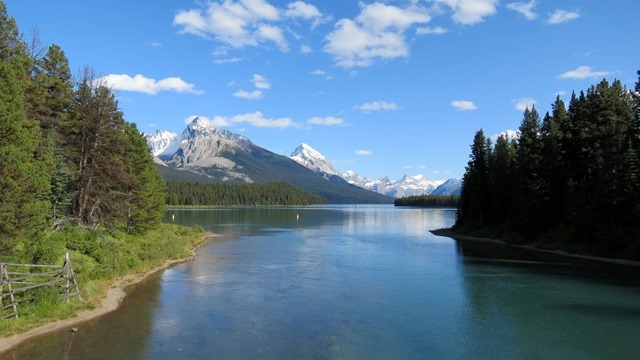 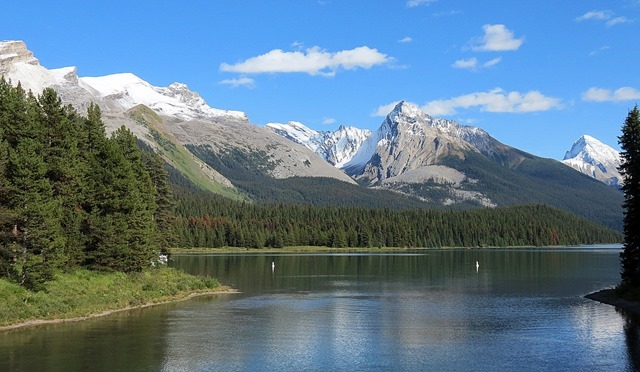 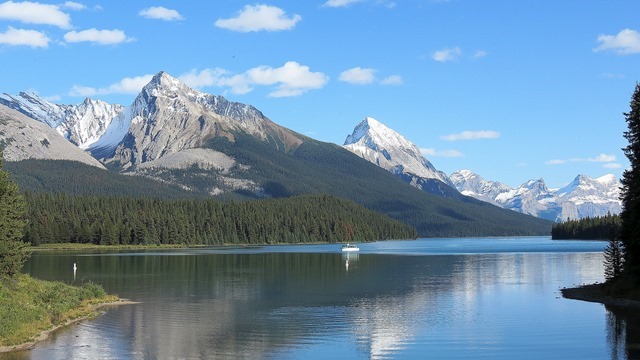 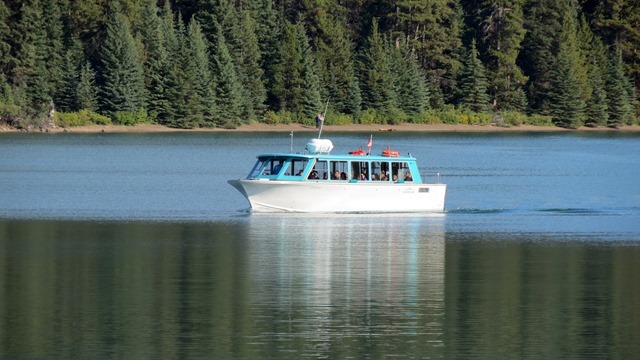 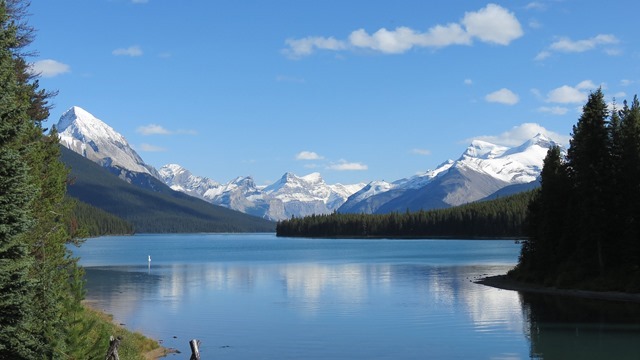 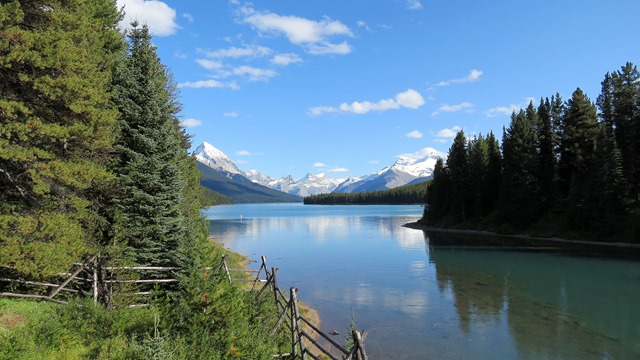 On the way home we stopped at Jasper Brewery for dinner. They had a problem with their last batch of beer so there were only a few choices, none of which were all that good, but we managed to drink an okay ale and eat a decent veggie burger. They have free WiFi but it was so slow we could barely check email and weather. They won’t be getting our business again. Other than that, our first day in Jasper National Park did not disappoint.