Yesterday we had another lovely drive of 75 miles from Valemount to Whistlers Campground in Jasper National Park east along Highway 16, also known as Yellowhead Highway. The drive passes through Mount Robson Provincial Park, so we stopped at the visitor center to get some information. If you Google images of Mount Robson you will see a spectacular peak,  but it was very overcast so this is what we saw. 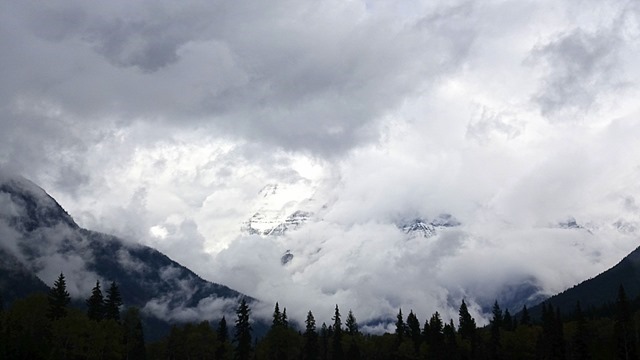 Continuing on we could tell this would be a spectacular drive on a clear day. We crossed the Continental Divide into Alberta and Mountain Time. 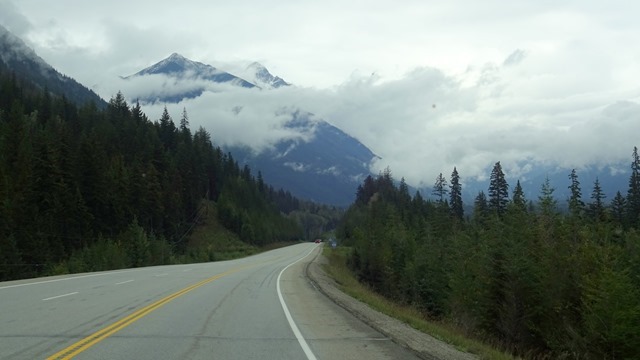 There was very little traffic given it was Labor Day, which is also a holiday in Canada. 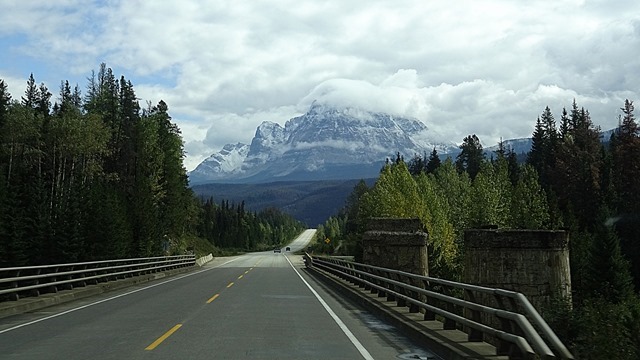 It began to clear up as we neared the park. We had to stop at the entrance gate and buy our Parks Canada Passes, which cost us close to $100 USD. 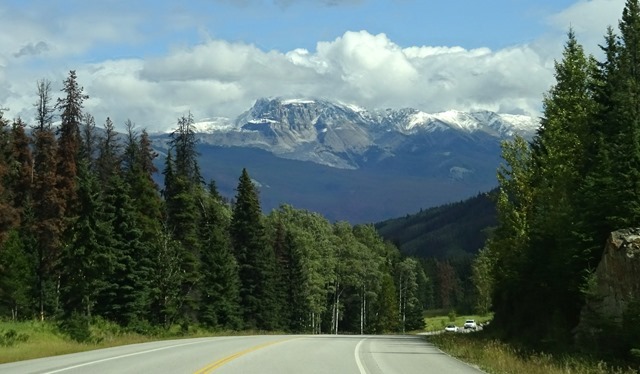 As we pulled into the campground check-in station we were surprised to see a gray Lazy Daze pulling a red Jeep with Iowa tags, our friends Chuck and Carla. Since we both entered Canada we have had no way to contact each other, so we were hoping they made it. 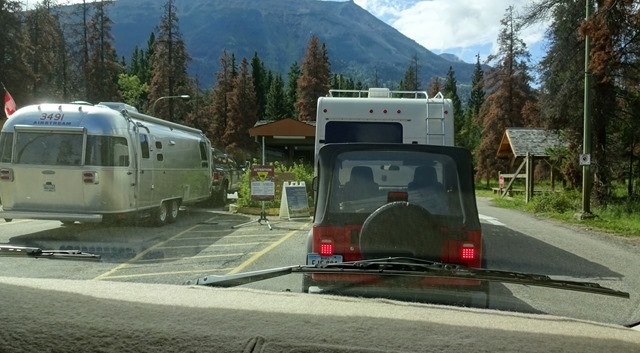 Our site in Whistlers Campground. We have electric only and had to stop at the water fill station on the way in. The campground is better than we expected for a national park. 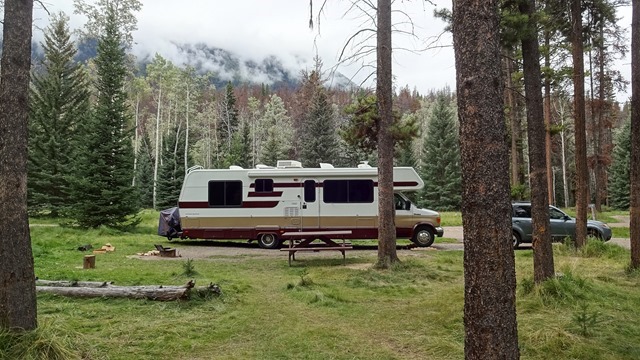 We spent the rest of the day catching up with Chuck and Carla, and watching and listening to the elk show. 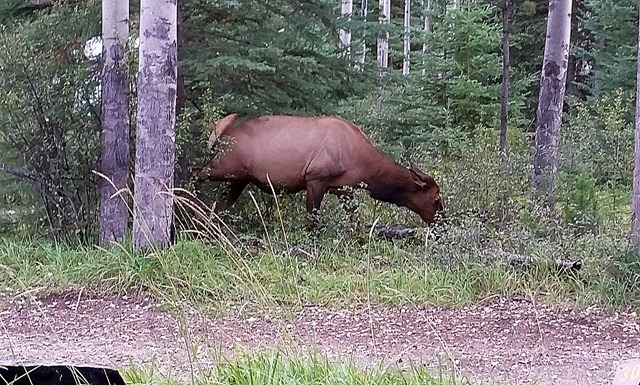 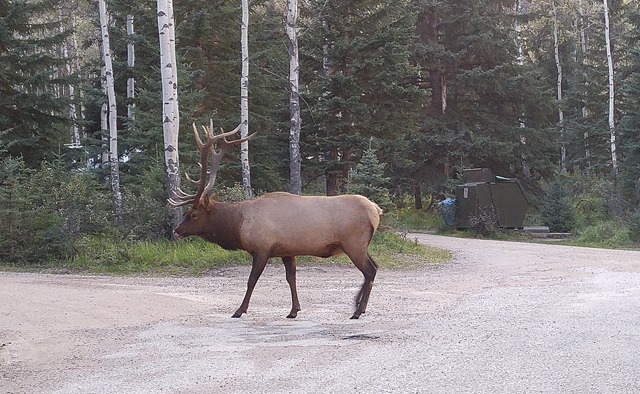 It’s cold and cloudy but we’re heading out for some hiking and sightseeing today. Hope we can find internet to publish these posts.