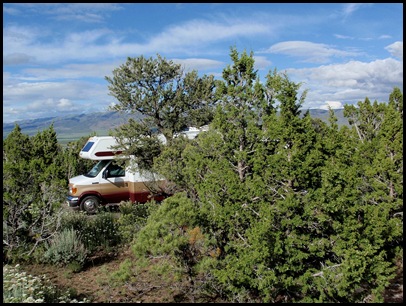 We entered  southern Idaho Friday and so far what we’ve seen has been impressive. We never made it to City of Rocks State Park in New Mexico over the winter since it was still too cold there, so when I saw the same name on the Idaho map, I decided we had to check it out. Idaho’s City of Rocks is a National Reserve, which means it is part of the National Park System, but it is jointly managed by the Idaho Dept. of Parks and Recreation. And to add to the confusion, we are staying in Castle Rocks State Park, Smoky Mountain Campground, which is adjacent to City of Rocks. The campground was opened in 2007 and is very nice. There is primitive camping in City of Rocks, and many of the sites are surrounded by rocks, but there were only 5 sites suitable for small vans or RVs under 24 ft.

These are the views from our site. 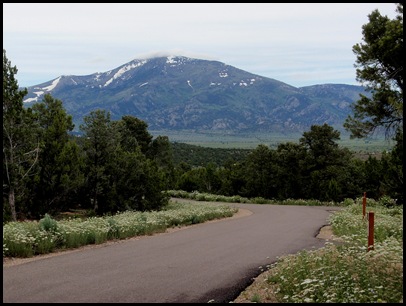 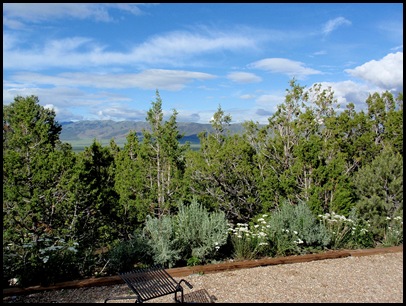 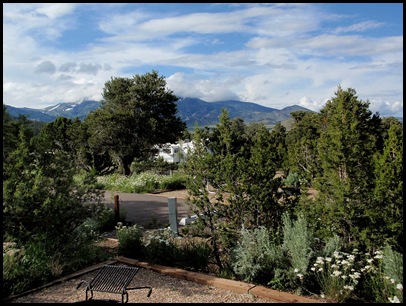 The rainy weather pattern has continued to follow us, but it hasn’t been all day rains, just thunderstorms off and on. And we’ve been hailed on three times but luckily it was smaller than pea size so didn’t do any damage. We went into City of Rocks twice and did a little hiking. Some of the trails go down into the “city” and others give you a view from higher elevations. 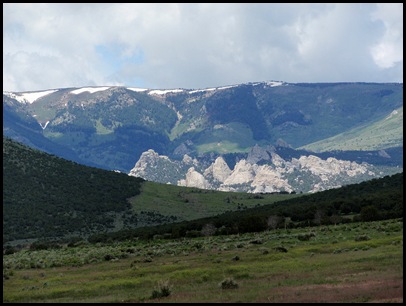 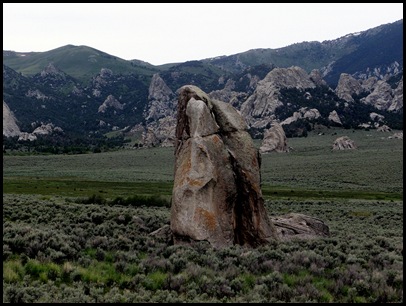 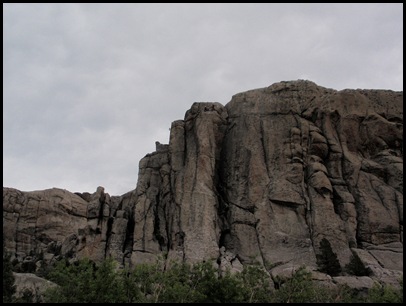 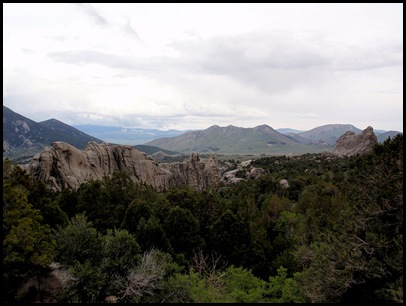 City of Rocks is also a big rock climbing site, second only to Yosemite in the west, since some of the spires are up to 600 ft high. We got to watch a few of them from the hiking trails. You can barely see them at the top in the first photo. 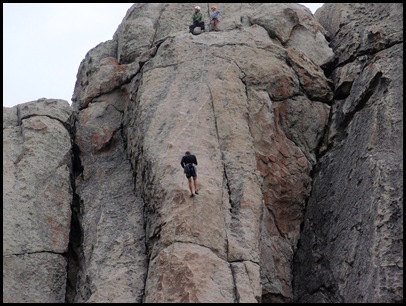 It actually looked like fun, it it weren’t for my fear of heights thing. We’re leaving tomorrow to hopefully find the sun, but I have my doubts.