Monday we left Muley Point and ended up at Hite, part of the Glen Canyon NRA, and the northernmost end of Lake Powell.  It was a great drive along Hwy 95, called Utah’s Bicentennial Scenic Byway. This is the most remote part of Utah we’ve seen so far. We only saw a handful of other vehicles along the way. 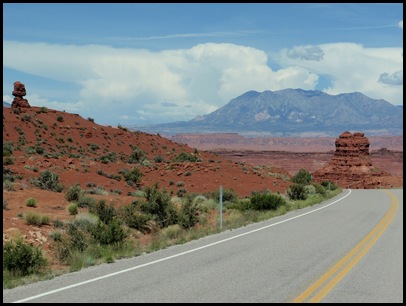 Don was wanting to put their kayaks in the Colorado River, but there just wasn’t a good place. We camped there anyway, and had a  pleasant evening sitting outside enjoying the lake and red rocks. 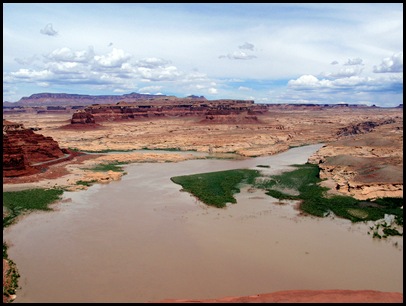 Tuesday we moved on to Goblin Valley State Park, near Hanksville. Stopped at this convenience store for gas. 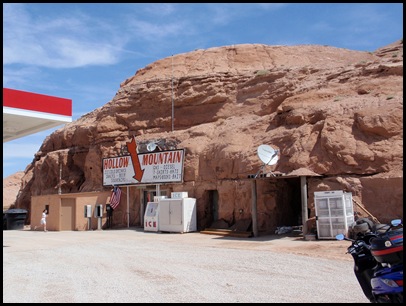 Goblin Valley is quite an interesting place. The rock has eroded into little mushroom-like formations, all in a fairly small area of the valley, which you can walk down into. 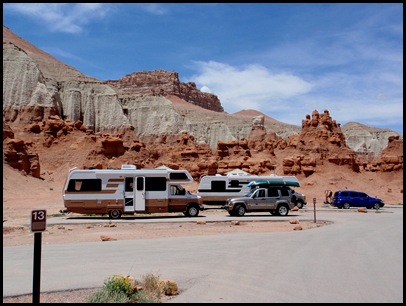 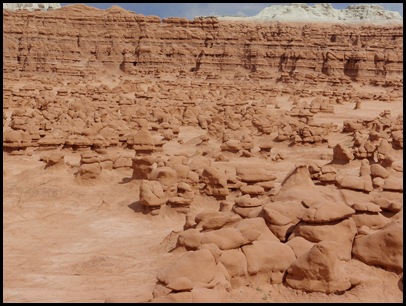 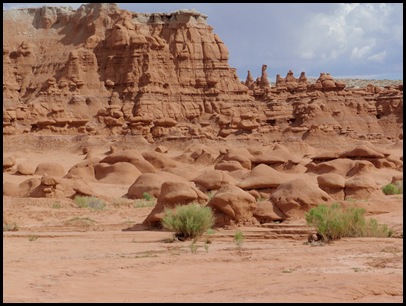 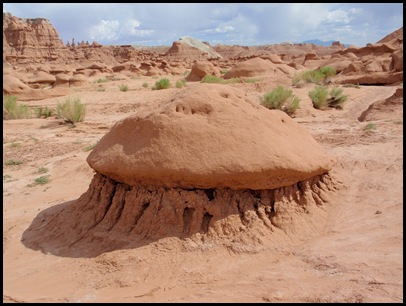 That afternoon, Jim was trying to figure out why our awning would stick when we tried to open it. Don came out and saw our awning out, so he decided to put his out and take a picture. Unfortunately, there were some dark clouds looming behind us, and after the photo op, he left the awning up. Suddenly, the wind came out of nowhere, and their awning unfortunately didn’t survive. Jim and I managed to hold onto ours until the wind let up, and we were able to retract it without any damage. Don has a good sense of humor, though, and kept joking about his thousand dollar picture.

Our visit with them also cost us a new windshield. Jim was following Don and Dorothy the other day, and we got a big rock chip in the Lazy Daze windshield, which grew into a large crack. They moved on to Capital Reef yesterday, and we headed north to Provo. We’re at Utah Lake State Park, and the glass people are coming out to replace the windshield this afternoon. This is a beautiful park, and although you can’t see the lake from the campsites, the snow on the Wasatch mountains is a nice backdrop. 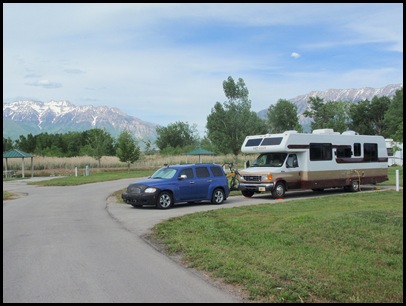 We are enjoying the green, after being in red rocks  for so long. Also we have water and electric, a real treat for a change. 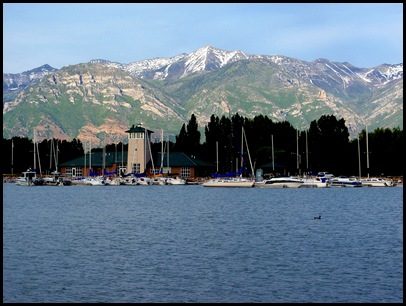