Have been enjoying the Provo area. It’s  a nice college town (Brigham Young University) , but being only 40 miles south of  Salt Lake, there is every big box store imaginable between here and there. After Safelite came out and replaced the windshield in the Lazy Daze, we managed to shop at quite a few of them, including our first Ikea store. We had heard about it from other RVers who found storage and organizing solutions there. Unfortunately we had already been to Sam’s, Wal-Mart, Camping World and a few other shops, so we were tired of walking and shopping. Ikea is not the place to shop if you’re tired. Felt like we walked miles just to get to the departments we wanted, and they have so much stuff to look at we were overwhelmed. Didn’t buy anything this time, but if we ever need to furnish a house, we know we could get everything we need there at really good prices. Then we treated ourselves to a great veggie pizza at California Pizza Kitchen after a long, hard day of shopping.

Provo is a very bike friendly town, and there are miles of paved paths. The prettiest is the Provo River Parkway, which starts here at Utah Lake State Park.  I rode part of it last night and it is a lovely trail along the river. The only thing we don’t like about the park is there are lots of huge mosquitoes. At least on the bike they couldn’t catch me. 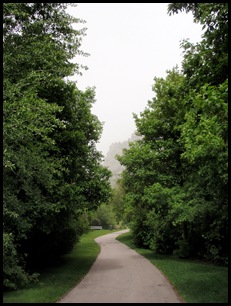 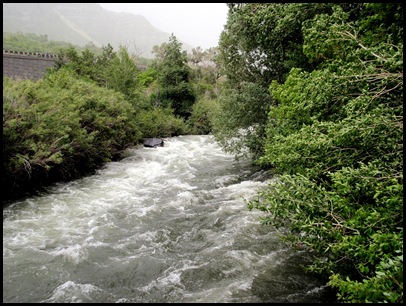 We walked some of the trail near Bridal Veil Falls, a very popular local attraction. It was cloudy and hazy, so the pictures don’t do it justice. 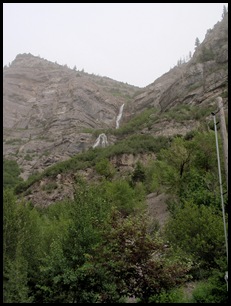 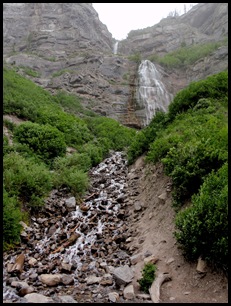 Yesterday we went to Timpanagos Cave National Monument, another popular local attraction about 20 miles northeast. There is a mile and a half paved very steep trail leading to the cave. We hiked the trail but opted not to take the cave tour-way too many families with whiny kids! The views were great and we got a good workout. 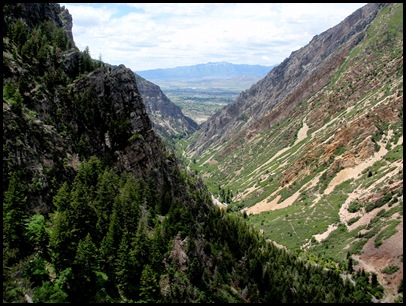 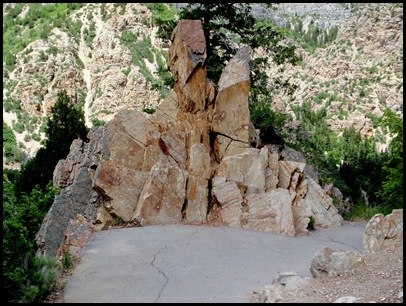 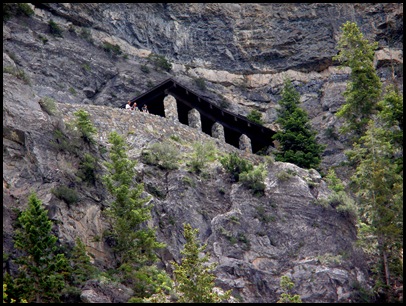 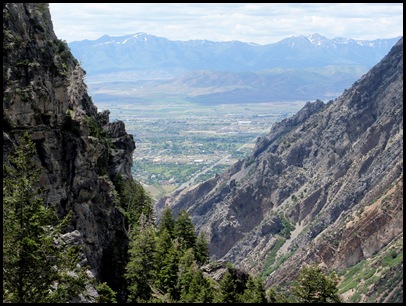 We continued driving along the Alpine Scenic Loop, which rises to 8000’.  The name is appropriate, as the scenery was spectacular. The road also passes by Sundance, so we had to stop and check it out. Didn’t see Robert Redford but there were lots of old photographs of him and other celebrities, which were interesting to see. The resort is very rustic, and I’m sure very expensive, but it would be a nice, relaxing place to stay. In the summer, you can take the ski lift up to the trails and they will bring your mountain bike up. There are over 25 miles of single track to ride or hike. These are a couple pictures of  Sundance. 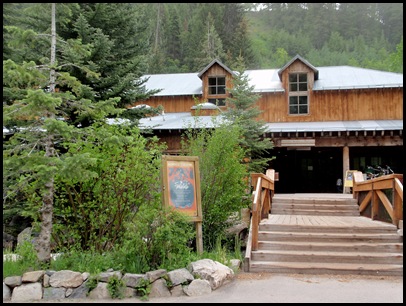 And some other shots of the views we saw from the scenic drive. We especially liked the Aspens. 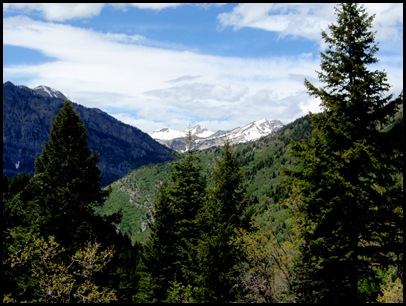 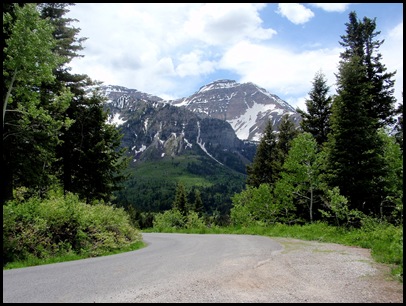 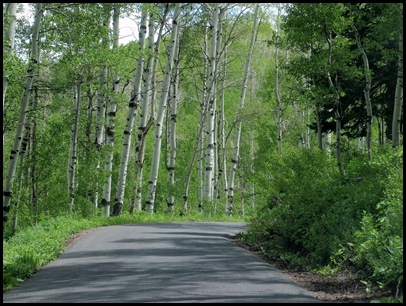 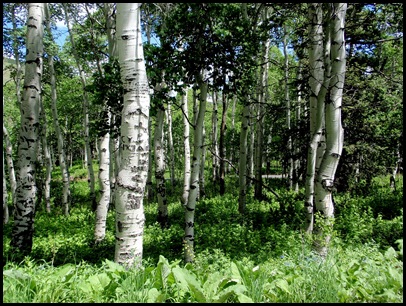