I was hoping for no incidents yesterday, but that wasn’t the case. It was cold and we hadn’t run the generator the night before so I turned it on when I got up. We had the heat strip and a small electric heater running. I decided to toast a couple bagels since we had power. About a minute after turning on the toaster, the power went out and we heard what sounded like  a circuit tripping.

I checked the circuits in the kitchen and they were all fine.  Jim went out to see if there was one on the generator but couldn’t find it.  Got out the manual and he finally found the breaker on the generator. So we had a good learning experience if that ever happens again. And he discovered a very loose bolt on the OHV valve cover, so it turned out to be a good thing, except that Jim isn’t very cheerful when things go wrong at 8 in the morning. He’s still in bed as I write this and I’m trying not to screw anything up this morning!  Let’s hope I succeed.

Later I took us on a hike where we had to scale the side of a mountain. I had a panic attack and almost couldn’t make it. Then we couldn’t find the trail back down. We managed to make it back but didn’t appreciate the views and forgot to look for sheep, due to the stress of getting stuck and lost!  On the positive side, it was a good workout. 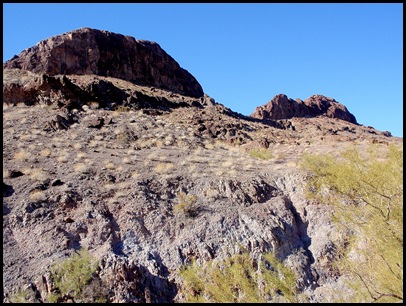 I was unaware of this picture even being taken. 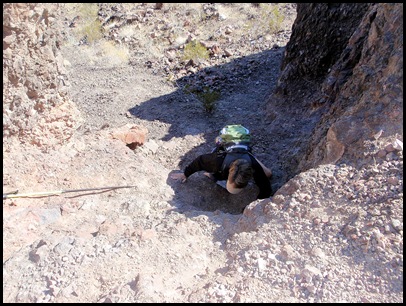 The other day we took a ride across the lake on the Havasu Landing Casino shuttle boat, the Dreamcatcher, which unfortunately has a very loud engine that we’ve been hearing go by all day and night. 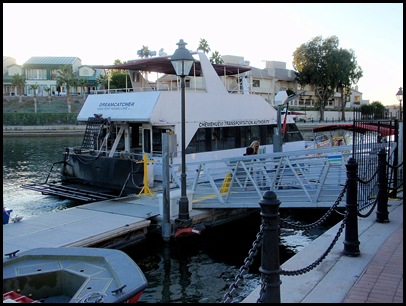 It was interesting to see the state park from the water. You don’t realize how close it is to town sitting at the campsite. 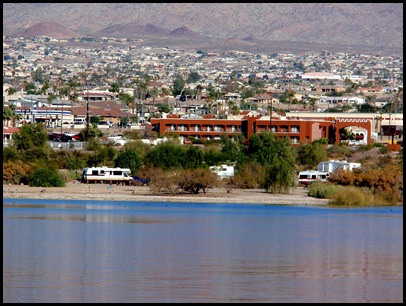 The Havasu Landing Casino has to be the worst one we’ve ever been in. It was about the size of a large ranch style house, and everyone had a lit cigarette in their hand or mouth. We just did a quick walk-through and then took a stroll around their RV park. It mostly contained permanent looking trailers, and we wondered how many serial killer were living there. Not an impressive part of California, but then again it is on an Indian reservation.  And the kids get to ride the ferry to and from Lake Havasu City for school. About a dozen Native American kids got on with us on the way over.  Strange place but the ride was fun.

Our 14 day limit is up today so we are heading south to a different state park.  Not sure which one yet but there are 3 others within 25 miles of Lake Havasu City.  It’s always an adventure.