Took a drive to this really cool place yesterday afternoon. The Desert Bar is truly a bar in the desert 5 miles down a fairly decent dirt road north of Parker, Arizona in the Buckskin Mountains. Looked like BLM land, since there were no houses and just a few people target shooting along the way. 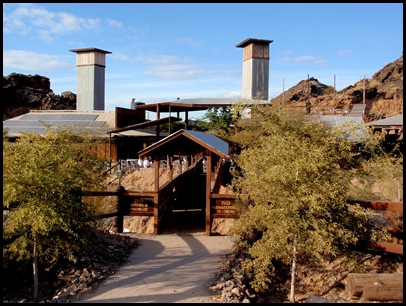 There is a facade of a church made of solid steel, an outdoor bar and 2 stages, and a small indoor bar with unusual steel swaying barstools and a wood burning stove that is suspended from the ceiling. 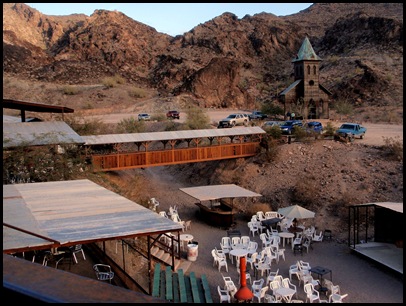 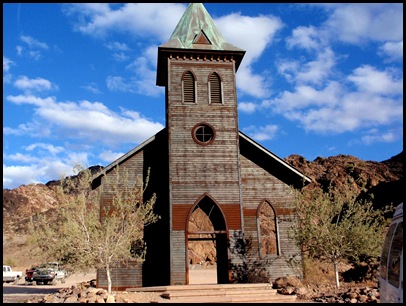 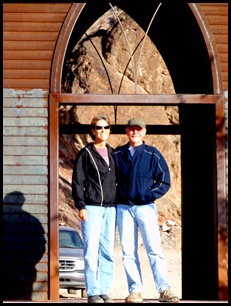 Since it was cool and a little overcast, there were only a few people there but the Mojo Band was playing old rock and roll.  The outside grill serves hamburgers, chili, and even a veggie burger.

The owner bought this old mining camp in the 70s and decided to open a bar. His house looks really interesting, too. All solar powered and he dug a well for water after initially hauling it in with an old fire truck. No AC but he built these cooling towers on the house and bar. 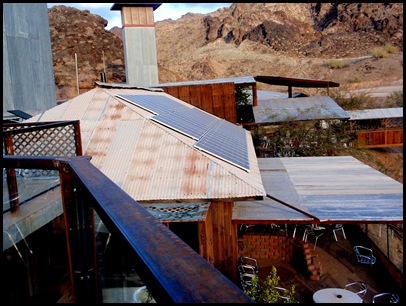 The house.  You know this guy must be quite the eccentric. 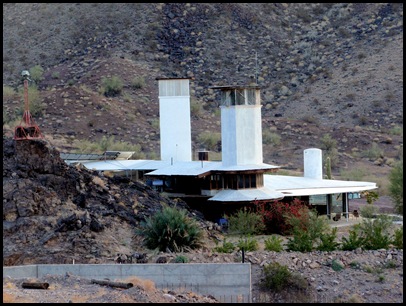 The most unique part was the outdoor restroom, built into the rock. What a view out the open air windows.  Jim said the men’s room was not so impressive. 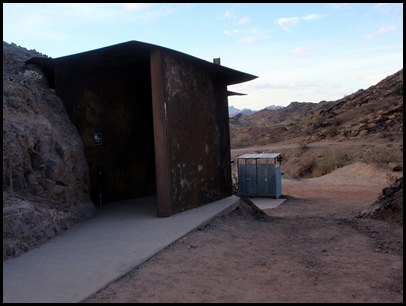 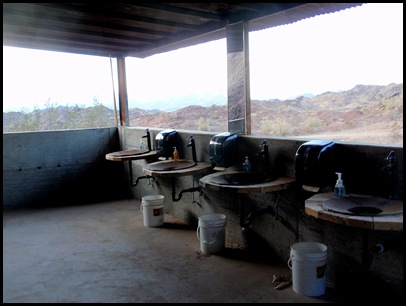 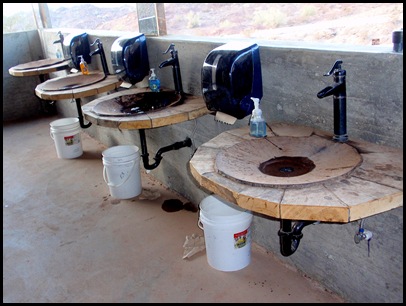 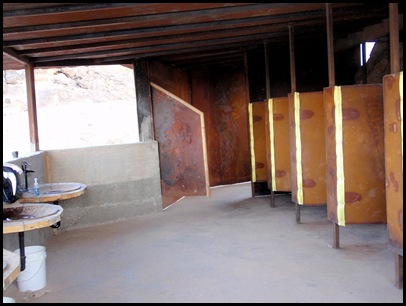 It was a fun way to spend the afternoon, and we’ve been pleasantly surprised at how much there is to see and do around this part of Arizona. And how beautiful it is along Lake Havasu and the Colorado River. 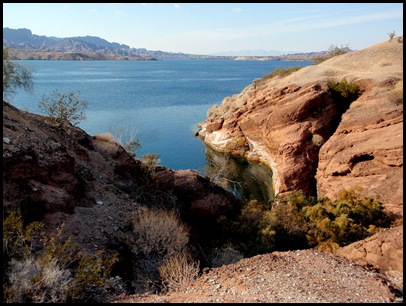