Getting In The Holiday Spirit 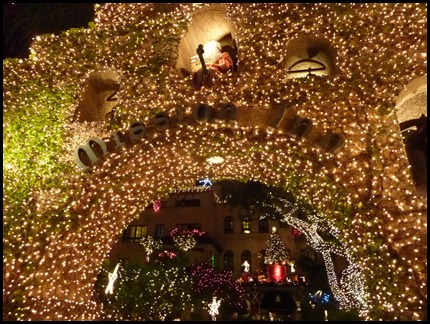 On our last day in Riverside, we dragged Jim to the University of CA Botanical Gardens. We had been surprised at how little traffic we’d encountered around Riverside, since it is less than 60 miles from LA, but we found it on our way to the Gardens. Once we finally got on campus, the signage was pretty poor, so we had to stop and ask several students, who didn’t give us very good directions. After all that, we were a little disappointed by the Gardens, but we walked the trails and were amazed at some of the cacti. Jim had the camera and wandered off. These are the only two pictures he took. 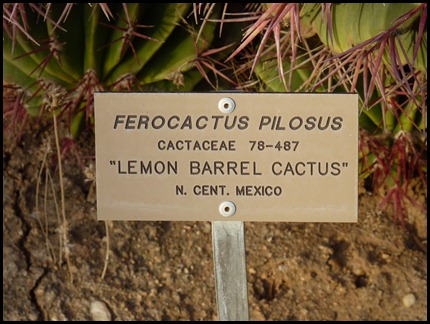 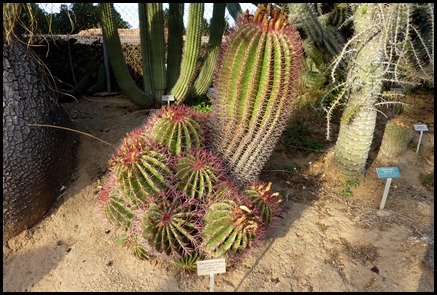 That evening we went downtown to see the Christmas lights at the Mission Inn, the largest Mission Revival Style building in the US. It is a beautiful hotel, and every year they put up a huge Christmas display. As you can see by the number of cars on the road we weren’t the only ones who came to see it. 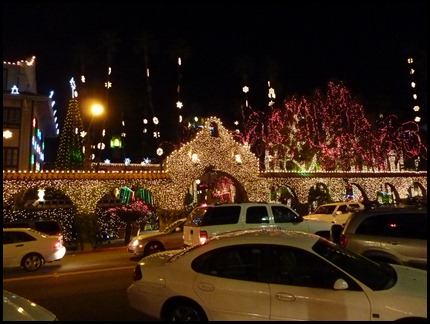 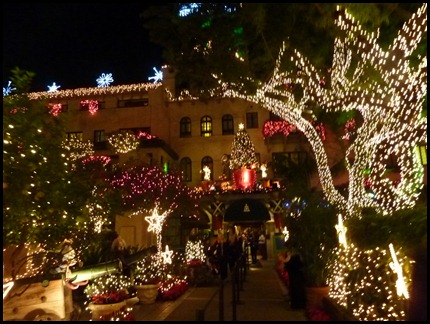 The lobby was very elegant, and had pictures of all the famous people who’ve stayed there. In fact, Pat and Richard Nixon were married in one of the chapels, and Nancy and Ronald Reagan honeymooned at the Inn. 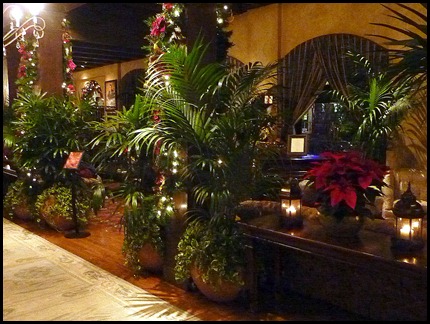 We ended up eating dinner at The Old Spaghetti Factory, a couple blocks from the Inn. That was one of my favorite restaurants when I went to school in St. Louis in the late 70’s, but I haven’t been to one since. It was just as good as I remembered, and still has reasonable prices.

Yesterday we moved on 34 miles to Lake Park RV Resort in Lake Elsinore. This is another Passport America park, and is only $15 for full hookups, cable and Wi-Fi (which isn’t working this week). It’s not the most scenic RV park, but we are backed up to a city park, so it’s not too bad. And it’s just a short walk to the lake. Lake Elsinore is the largest natural freshwater lake in southern California, and is bordered by the Elsinore Mountains, so it is quite pretty. 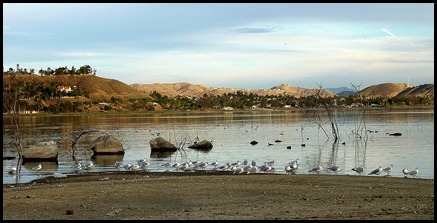 We have a big weekend in store, with plans to go to the farmer’s market and flea market, Camping World, and an outlet mall. It is overcast today and there is a chance of rain tomorrow, but we’re hoping the LA weather babes (Jim’s term for the buxom meteorologists on TV) are wrong.