A Visit to “The Mothership”

That  is a horrible picture since the sun was shining directly into the camera, but it gives you an idea of how low-key the Lazy Daze factory is. Some people on the Lazy Daze owners Yahoo Group call the factory The Mothership, which is pretty funny, especially after seeing the place. They started building truck campers in 1956, and I’m not sure when they moved to this building, but it is a step back in time just walking through the door. It appears that they have never remodeled or upgraded anything in the place. The restroom even had powdered soap in the dispenser. How long has it been since you’ve seen that?

We stopped by to pick up some touch up paint and a few other odds and ends. They have lots of replacement parts so we got a couple things to have on hand. 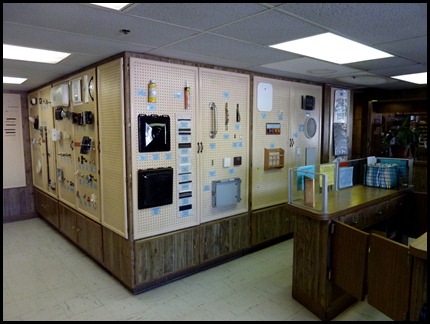 And we had to look at the new models in the showroom. All three on display had the new paint scheme, which is starting to grow on us. 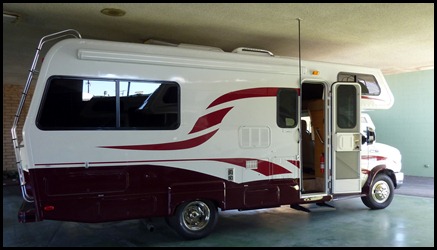 They have a 1966 model on display, which is the first year they designed and began building the Class C motorhome. 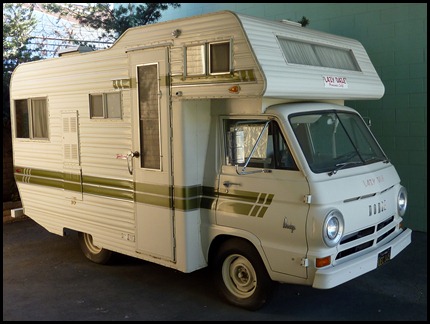 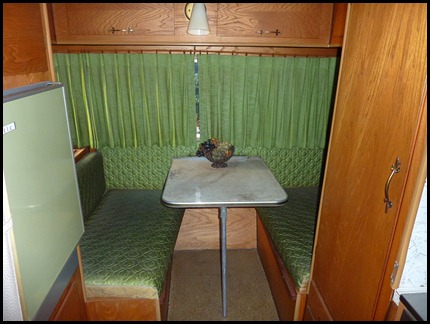 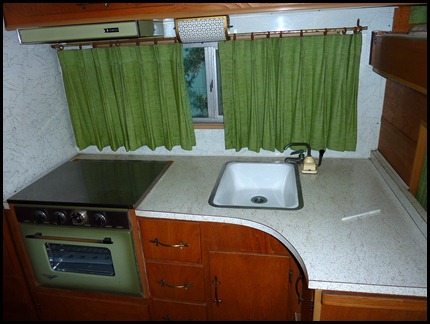 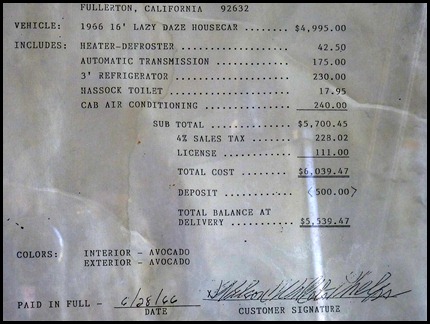 We went outside and peeked through the fence at the new rigs they were building. There appeared to be quite a few new ones being made. They are a factory direct dealer so they are made to order, and the wait time is about 4-5 months. 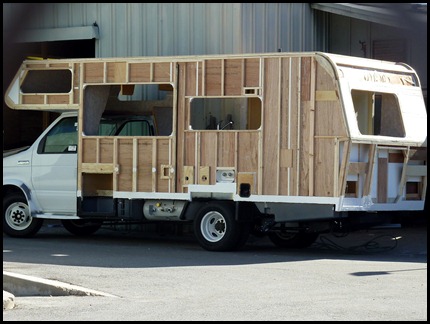 This is the only one we saw with the traditional paint job in the new body style. 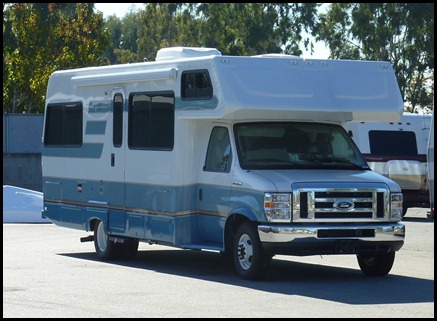 After seeing the factory, you understand why they can produce such a quality product for a reasonable price.

On the way back to Riverside, while sitting at a red light, this car pulled up next to us. What a surprise to see this iguana with it’s head out the window. 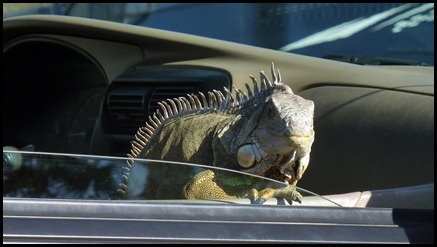 The guy even held it up so we could get a better look. Guess he’s proud of his handsome pet! 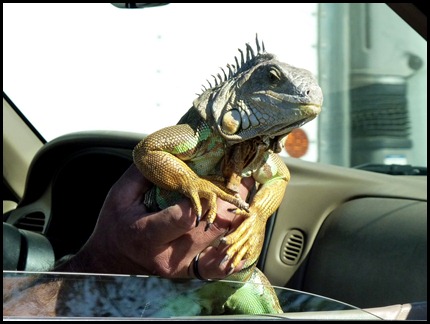