We moved back to Jojoba Hills on Tuesday for another week and yesterday decided to take a 70 mile drive to San Diego to check out Balboa Park. Years ago we spent a day in San Diego and went to the Zoo, which is in Balboa Park, but we didn’t have time to explore the rest of it. What a beautiful place! 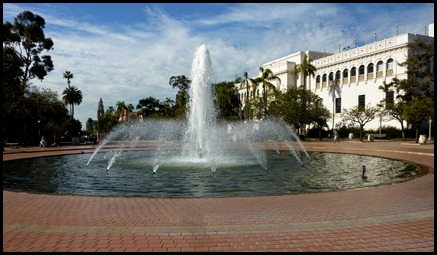 The Visitor Center is located in the House of Hospitality, which was built for the 1915-16 Panama-California Exposition, as were many of the other buildings.. 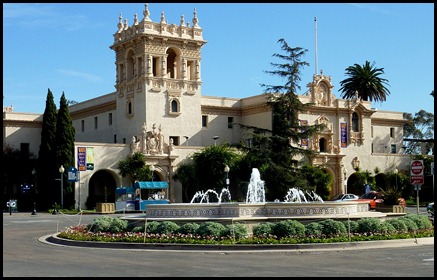 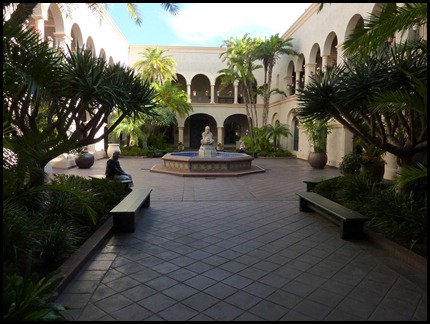 Besides the Zoo, there are 15 museums, numerous gardens, performing arts centers and restaurants. We had a great veggie rice bowl at The Tea Pavilion outside of the Japanese Friendship Garden.

This is the Spreckle Organ Pavilion, which houses one of the world’s largest outdoor pipe organs. They give free concerts on Sundays. 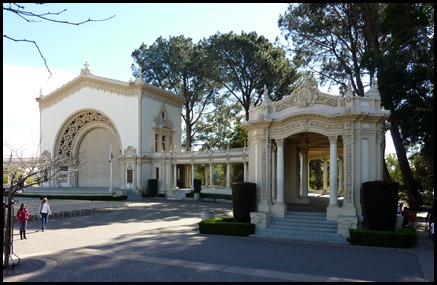 This is the Botanical Building, one of the largest wood lath structures in the world. It was also built in 1915, and houses a display of tropical plants and flowers. Unfortunately it is closed on Thursdays, so we didn’t get to go inside. The reflecting pond was actually used to teach soldiers to swim during WWI and for physical therapy for injured soldiers during WWII. 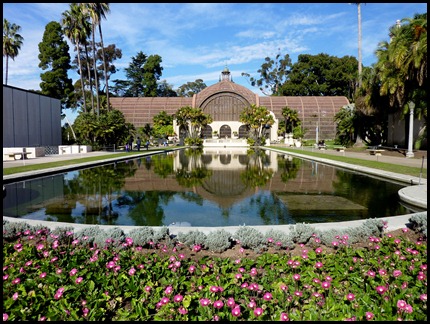 It would take days to see it all, but we only chose to visit the Timken Museum of Art (since it was free), and the Museum of Man, which was $10 with a 2 for 1 admission coupon. The Museum of Man is an anthropology museum, and they had a good Egyptian display, but we especially liked the Strange Bones exhibit, which showed bones and skeletons with various fractures and diseases. It was really fascinating. 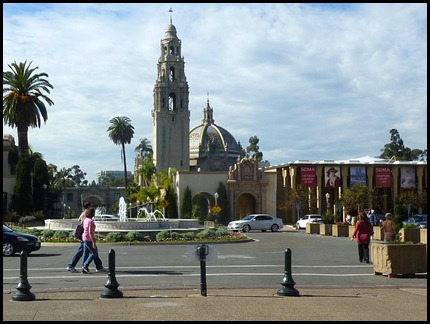 We also walked through the Alcazar Gardens, 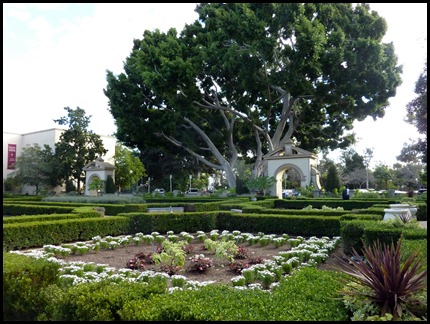 and Palm Canyon, with this incredible Moreton Bay fig tree. We’ve never seen a root system quite like this on a tree before. 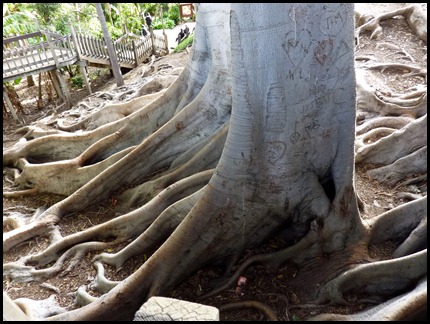 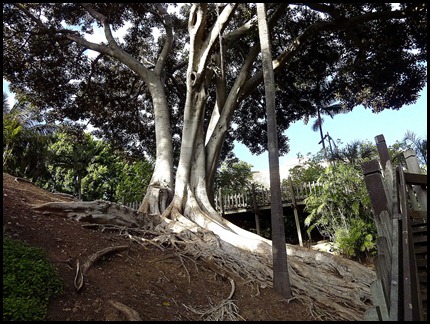 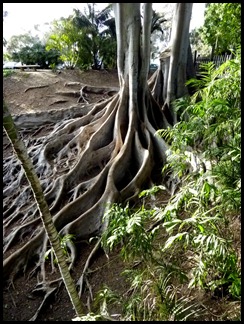 Balboa Park and San Diego definitely go on our list of places to come back and spend more time.