A few days ago we moved to a new site, a private back-in without electric for $8.50. We hated being on the road in the pull-through site, and with the arrival of monsoon season, the thunderstorms have been cooling it off nicely in the late afternoons. 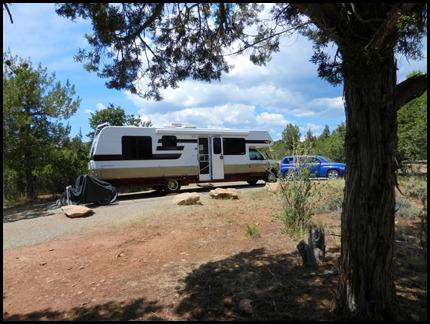 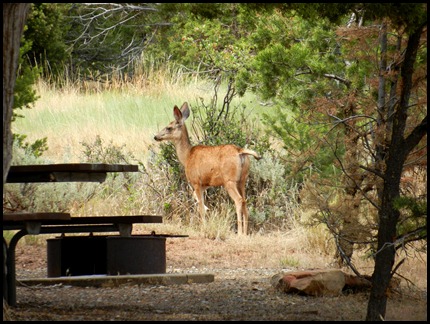 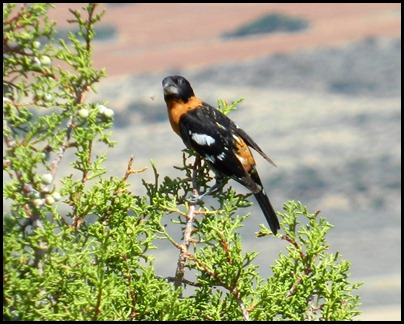 It’s been fun visiting with Barbara and her cute little dog Katie. One night she joined us for dinner at the Dolores River Brewery. Too bad the place was packed (there aren’t many places to eat in Dolores, population 900) and we were told it would be an hour and a half for a pizza. They said a salad or sandwich would be quicker, so we tried that but it was still over an hour to get our food. Luckily we had beer to tide us over, although it wasn’t as good as what we had in Durango.

Friday was girls morning out, as Debbie, Barbara and I went to Cortez to do laundry and some shopping at Wal-Mart. I wasn’t sure we would get all of our clean laundry and groceries in the car, but we managed to cram it all in. Glad that’s done for another week or two.

We took a ride to Dolores to check out the gas and propane possibilities for when we leave. They have a small grocery store, the Dolores Food Market, that is very upscale, with organic produce and Whole Foods type items. The store also bakes home-made pies and they looked so good we just had to buy a rhubarb pie. Well let me tell you, they are as good as they say, much better than the $5 a slice pie we had in Pietown, NM a couple months ago. If you’re passing through Dolores, CO, be sure to stop and pick up a pie. That’s how pie crust should taste!

Downtown is home to a replica of the Rio Grande Southern Railroad depot, complete with a restored Galloping Goose that actually actually operates twice a year. 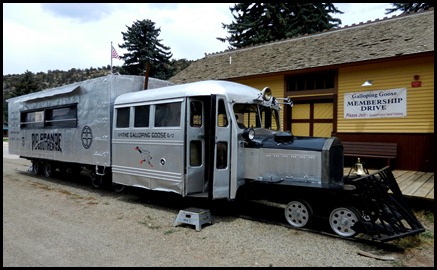 The seats were pretty comfy. 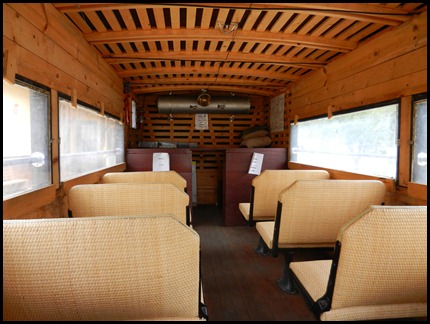 We also visited the Anasazi Heritage Center, which is the visitor center for Canyon of the Ancients National Monument, 30-40 miles west of Dolores, which we did not get to. 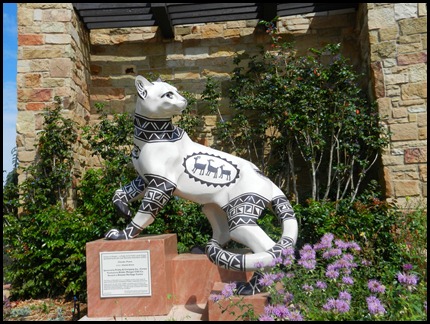 They have a very impressive collection of artifacts and a great hands-on exhibit area. You can also walk a half mile paved trail to some ancient ruins and an overlook. 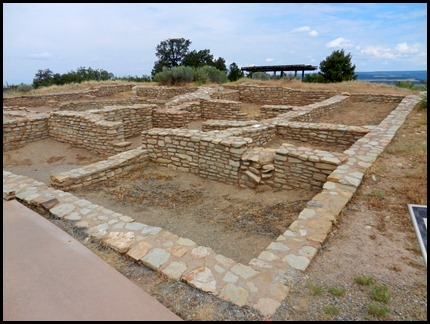 The view from there. Many of the trees and shrubs along the trail are labeled so we finally figured out that this is Mountain Mahogany. i like the look of these small green pinecones, some dripping with sap. 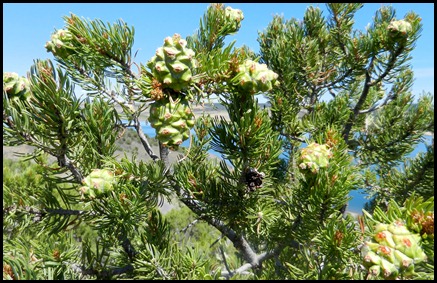 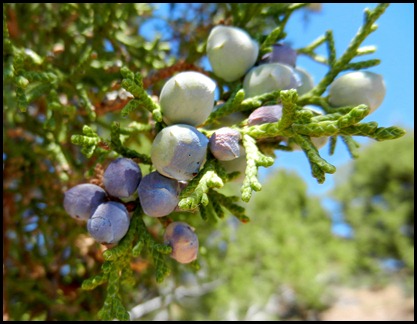 It’s been a pleasant week but today we head north into the San Juan Mountains for some higher elevations and cooler temps. We didn’t realize it would be this warm at 7,400’. Next week we’ll probably be complaining about the cold!