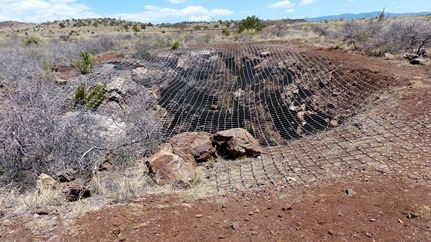 Last year when we met Randy and Boonie and the gang, they told us about a large net over a former mine shaft in the Boston Hill area, near downtown Silver City. We hiked there a couple times but never came across it. This year we were determined to find it, and with a few more hints from Boonie we finally did.

Jim walked out on it a few feet but the net sways and the holes are large enough that a toe could get caught. Having lost his prescription sunglasses on a previous hike, he decided he’d better take his cell phone and keys out of his pockets first. 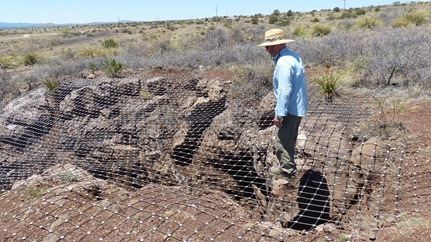 We’re not sure how deep this shaft is, but I could barely take Jim’s picture and look down into the mine. Trust me, it’s deep. And no, I didn’t even attempt to walk out on it. Especially when I saw this. 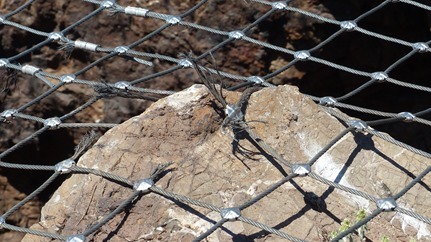 Jim thinks it would be more fun to ride a bike over it, but I can’t even imagine doing that.

Now for a bit of history, despite the name, silver mining didn’t amount to much in Silver City. The principal ore mined at Boston Hill was manganiferous iron ore, but that doesn’t make for a very catchy name. Now everyone can hike or mountain bike on the many miles of trails in this rugged, scenic area. 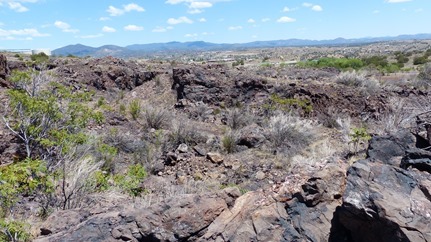 Yesterday we also found the riparian area on Saddlerock Canyon Road that we searched for last week, thanks to Lisa at Metamorphosis Road. We read that there is a gate at the end of the road about a mile and a half in. The first time we drove a couple miles in and didn’t find it, so we thought we missed a turn and went back and found another nice area to hike. Turns out the gate is more like three miles down the road, so we kept going and found it. 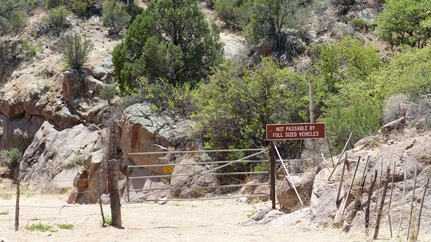 A short distance down the road is another sign. To the right is the ATV route, to the left is for hiking only. 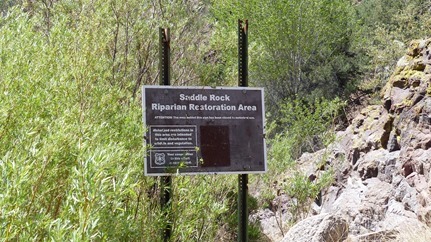 We met a couple on the trail who told us you can make a loop and come back down the ATV trail, but they didn’t give us good directions and we weren’t in the mood for getting lost so we just did an out and back hike on both trails. This is what it looks like. 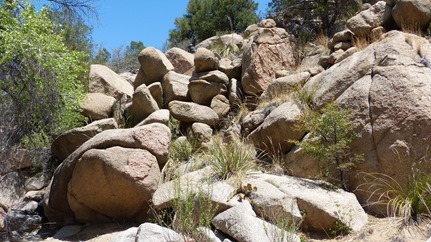 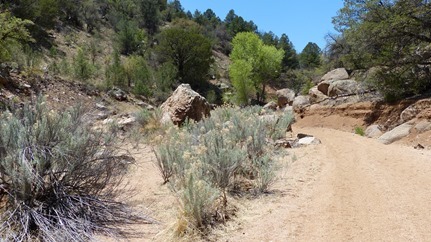 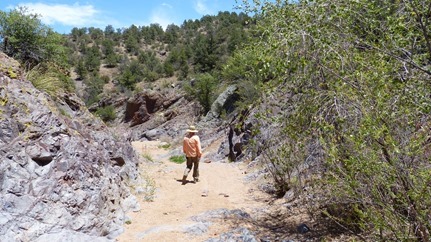 It’s mostly level but sandy, which makes for a little harder walking, but it’s a nice area to explore. We saw several blooming cacti growing right out of the rocks. 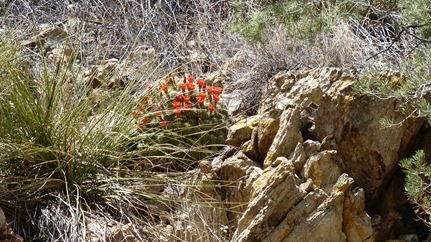 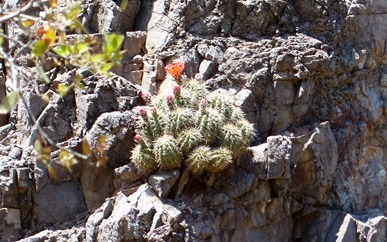 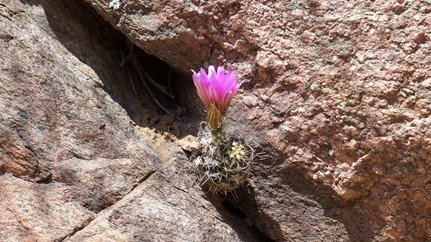 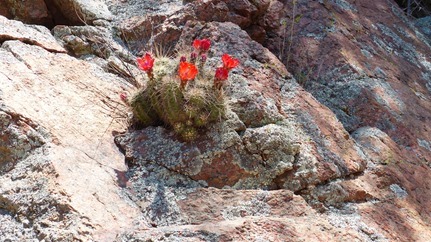 A few days ago we met up with Boonie and hiked up to Gomez Peak. Although the trail to the peak was longer than Eighty Mountain, the switchbacks were gentle and it was a pleasant hike. Except for the fear of being struck by lightening and Jim losing his prescription sunglasses that he just got in Mexico last month. 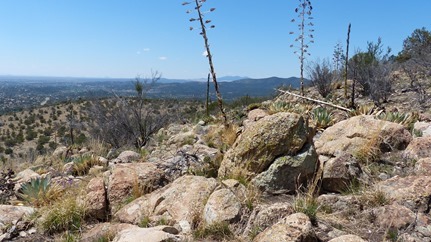 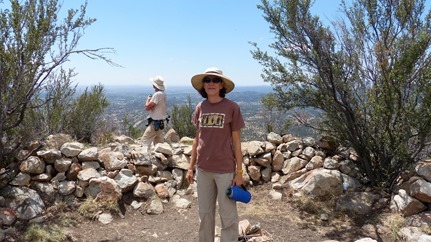 We’ve also hiked with Debbie and the pups at Ft. Bayard. The Big Tree trail is a nice easy few miles, and dogs are allowed off leash. 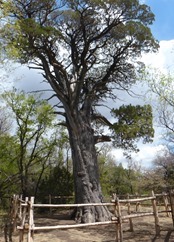 In between hiking and a few raindrops, Jim and Debbie managed to put the Eternabond on her roof, also. Jim was contacted by a couple other Lazy Daze owners with some questions about it, so he put a comment in the last blog post with more information and a link, if anyone is interested. 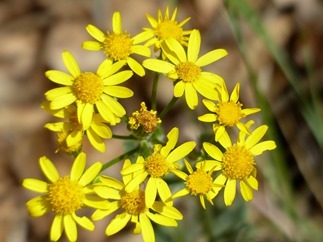