On Sunday we moved from Rockhound State Park to City of Rocks State Park, about 30 miles north of Deming. We like those short moves! 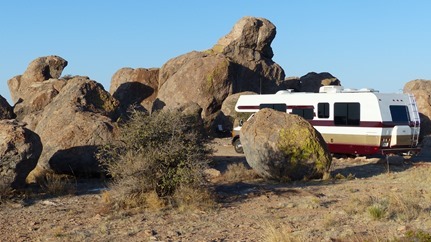 We’ve stayed here a couple times before, but forgot how peaceful it is. Since we only spent one night, we took one of the non-reserved reservation sites in the  dry camping area called the Pegasus loop, just 6 large sites in a circle surrounded by giant rocks. The weather was perfect, and with our NM state parks pass, it was free. Debbie was at the next site but we couldn’t even see her for all the giant rocks. 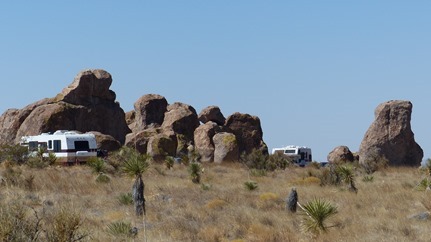 We hiked the loop trail and climbed around on the rocks. The cats did better than they ever have walking on their leashes. They liked climbing on and wandering around the rocks, probably because it was so quiet there. They still get frightened by vehicles or people when they’re outside but they are doing much better. Now if we could just figure out a way to keep them from trying to escape every time we open the door, life would be easier. 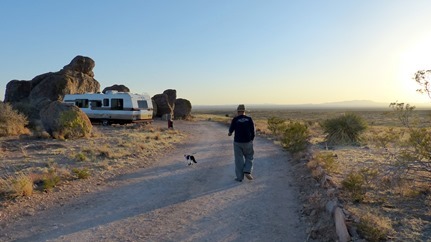 On Monday we moved north another 30 miles to Manzano’s RV Park in Silver City. We stayed here last May for a couple weeks and really liked it, so decided to come back and spend a month. Unfortunately since this was a last minute idea, we could only get a site for 3 weeks, due to the upcoming Memorial Day weekend Blues Festival. The owner was kind enough to give us the monthly rate of $330 (including electric) rather than make us pay the weekly rate of $140 for each of the three weeks. There are only 18 sites here, lots of trees, and it just doesn’t feel like a typical RV park. 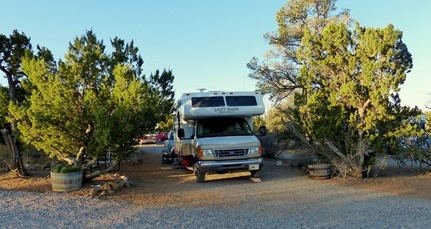 Yesterday we went for a hike at the Bear Mountain Lodge, on former Nature Conservancy land just a few miles from town. There are 4 miles of trails and access through a gate into the Gila National Forest for more hiking. We covered all the trails on the property and more so. Even with a map the signage was poor (or we were too stupid to figure it out), so we made a couple wrong turns and covered some of the same ground twice.

Bear Mountain Lodge. The lobby is rustic but very nice, and it looks like it would be a great place to stay. 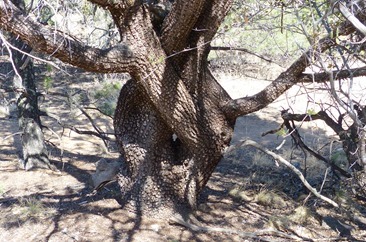 One of the trails takes you to the highest point on the property. Nice views. 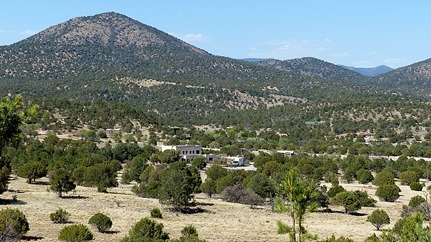 The 5 day cycling race Tour of the Gila starts today, and Team Novo Nordisk happens to be staying there. The team is composed of athletes with Type 1 diabetes. We had a nice chat with couple of cyclists and look forward to watching some of the race this week. 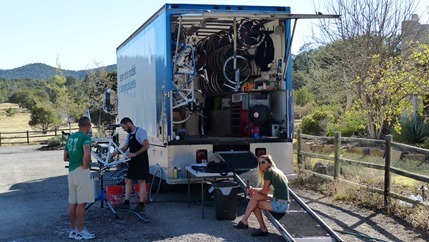